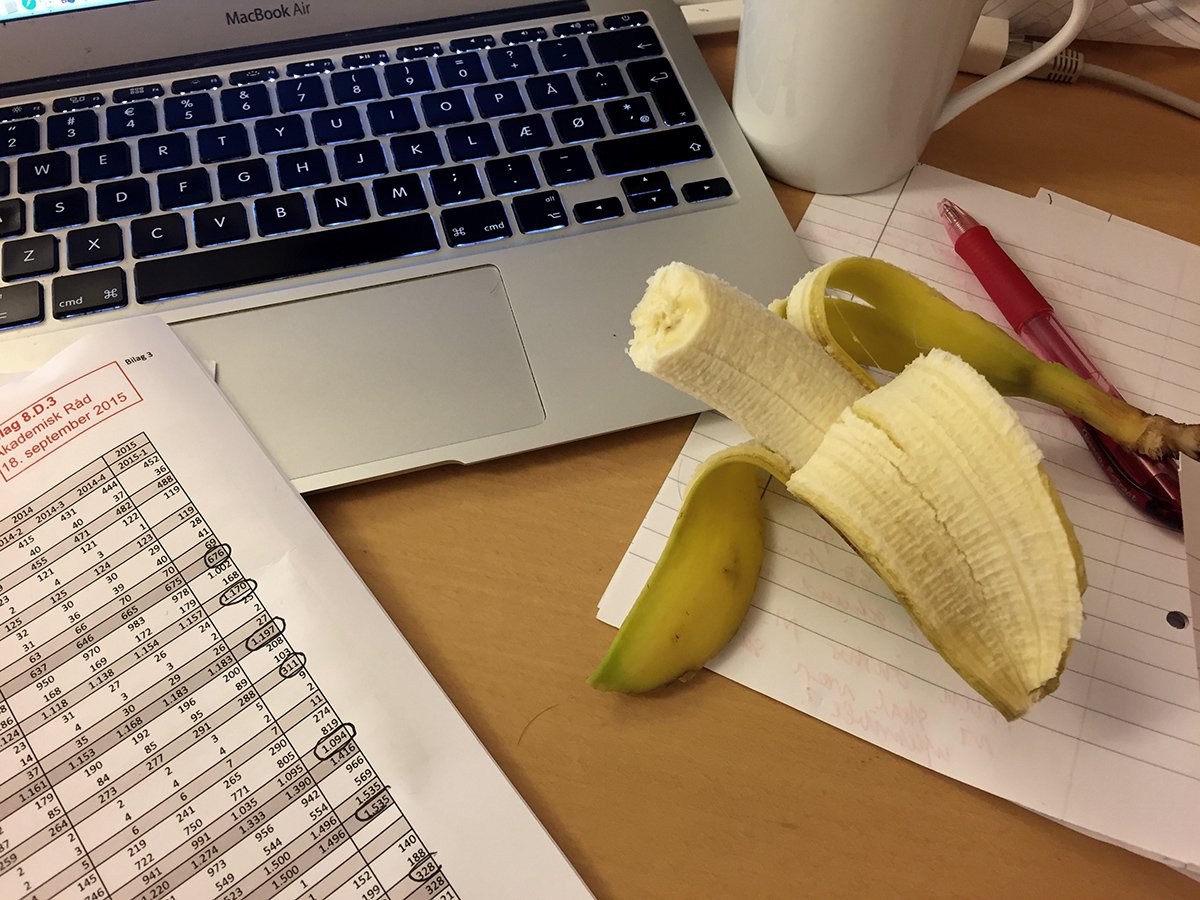 Time — According to the Danish government, public employees are not entitled to a paid lunch break. And it is ready to support lower-level public managers who take away their employees’ paid break. A staff representative at UCPH responds: Does the government agency want people to be inflexible?

»It is up to management at the different workplaces whether employees are to be offered a paid lunchbreak or not,« writes the Agency for Modernisation, the part of the Ministry of Finance that defines working conditions for 800,000 public employees in a press release.

According to the agency, lunch breaks are a fringe benefit, a perk of the job that employees cannot claim as a right.

»The majority of government employees are subject to their own customary rules for paid meal breaks. A termination of these rules is a purely local matter,« the agency writes.

The Ministry of Finance thereby puts itself into direct confrontation with unions prior to the 2018 collective bargaining, because according to the trade unions, a paid half an hour lunch break is a well-established right for all public employees. And this right can only be removed after negotiation.

Signe Møller Johansen, who represents academics among the University of Copenhagen’s technical administrative staff, says that she considers the proposal to be part of the Agency for Modernisation’s negotiation strategy prior to the 2018 collective bargaining.

»It’s about lowering staff expectations – you should just be happy to have a job and to have a lunch break – but the unions are taking this very seriously. It is considered a breach of collective agreements. I find it deeply provocative that working hours can simply be increased by 2½ hours a week without negotiations or wage increases,« says Signe Møller Johansen.

She calls the agency’s announcement on lunch a ‘wrong signal’:

»As staff representative, I find it disgraceful that the Agency for Modernization is constantly trying to bleed staff dry in terms of their employment conditions. Instead, the agency should take responsibility for employees’ well-being. It’s the wrong signal to send that you just want to squeeze more out of people.«

Signe Møller Johansen says that it will backfire if the government lets employees’ working conditions deteriorate.

»I find that staff at university are largely loyal, flexible, and tireless in their attempt to solve tasks and assignments. They want to make an effort and it’s not uncommon for colleagues to cut off their lunch or sit in front of the computer and work while they are eating,« she says.

»The obvious response to a cut of the lunch break is to work 37 hours and not one moment more. But does the Agency for Modernization want us all to be so inflexible? I think it can be really expensive for the government if you do not recognize the great work that the employees already carry out.«

Danish Employers: GDP would increase by DKK 35 billion if people paid for their lunch break

A report from DA from 2014 showed that only one-tenth of all employees earn salary during lunch (and the number has been decreasing since, according to DA).

A simple economic calculation indicates that if public employees worked the time they are currently having lunch breaks, the government would not need to have as many employees.

In fact, according to a memo the Confederation of Danish Employers has had worked out, the government could do without 46,000 of its employees, if all employees worked 2.3 hours more every week. And if you even imagined that these redundant public employees all got a job in the private sector, according to the memo, it would increase Denmark’s GDP by DKK 35 billion (by 2025).

People not asking for more time at work

The assumption of the DA calculation is that employees who increase their working hours by 2.3 hours get salary for their extra work.

At UCPH, staff rep Signe Møller Johansen says that there may well be good employees who would like to work more, and earn more, but that this is not her overall impression:

»I do not see a huge demand from employees to increase the number of working hours. Quite the contrary, some would prefer to go down a bit, or at least have a better balance between work tasks and working hours.«

Management: We have not discussed it

The University of Copenhagen rector’s office is in no hurry to get rid of the lunch break. Vice President for Communication Jasper Steen Winkel says management has not discussed the subject.

The Agency for Modernisation which claims that paid lunch breaks are not to be considered a right, insists that it has no opinion on whether the university sector would be better off without the expense. »The Agency for Modernisation has not taken any initiative towards abolishing paid lunch breaks – something we neither can nor would do,« the agency writes in an email.