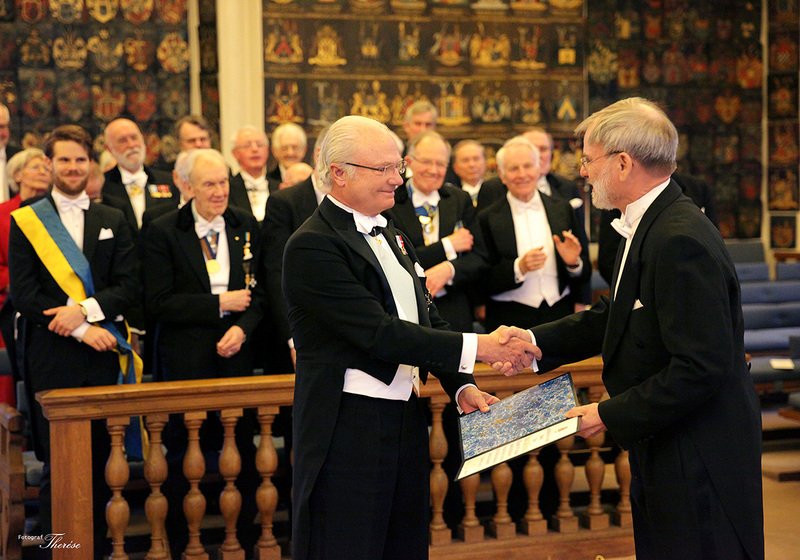 Sten Ebbesen, a professor emeritus at the Saxo Institute of Archaeology, Ethnology, Greek & Latin and History, has received the Royal Swedish Academy of Science’s prestigious Gad Rausing Prize for exceptional research in the humanities.

The award, nicknamed the ‘little Nobel’ and which includes a payment of 1 million Swedish kronor, was awarded during a ceremony on 20 March at the Royal Swedish Academy of Science in Stockholm.

“Professor Sten Ebbesen is widely recognised as a leading scholar in his field. His work has profound significance for the understanding of a central element of the history of European philosophy, starting with Plato and Aristotle and continuing up to the Renaissance. In addition to his academic qualifications, Ebbesen, through countless books and articles, has communicated his knowledge to the general public in Denmark.”

is among the leading experts on European Medieval philosophy, focusing in particular on logic in the Middle Ages and the philosophy of language. He specialises in the philosophy of the Danish Middle Ages. Since 1982, he has been the lead editor a series of publications titled Corpus Philosophorum Danicorum Medii Aevi.

Danish classical philologist and Medieval expert. Became a faculty member at the University of Copenhagen in 1972, since 1991 as a docent.

Ebbesen has been a guest professor at a number of universities. He is a member of the Royal Danish Academy of Sciences and Letters and holds an honorary doctorate from the Faculty of Humanities at the University of Gothenburg.

During his time at the University of Copenhagen, Ebbesen has taken part in numerous Scandinavian and international research projects.

Asked why he settled on his specific area of academic expertise, Ebbesen :

“The greatest threat for the future of our field is the decline of Latin and Greek studies that we see in a number of countries. If you want to study ancient philosophy if you need to know Latin, and preferably a little Greek. […] I believe that my biggest long-term contribution to the field will be my collection of unpublished Greek and Latin texts. Theories start to become outdated after a few decades, but a good printed edition of something can be of use for at least 100 years.”

Last year also saw a KU professor, Erik A Nielsen, of the Department for Nordic Studies and Languages, receive the Gad Rausing Prize. A list of all recipients of the award since it was first given in 2004, can be found on the Swedish academy’s website (text in Swedish).