Student choir: »Some of us are employed as church choristers, some of us have never seen musical notation« 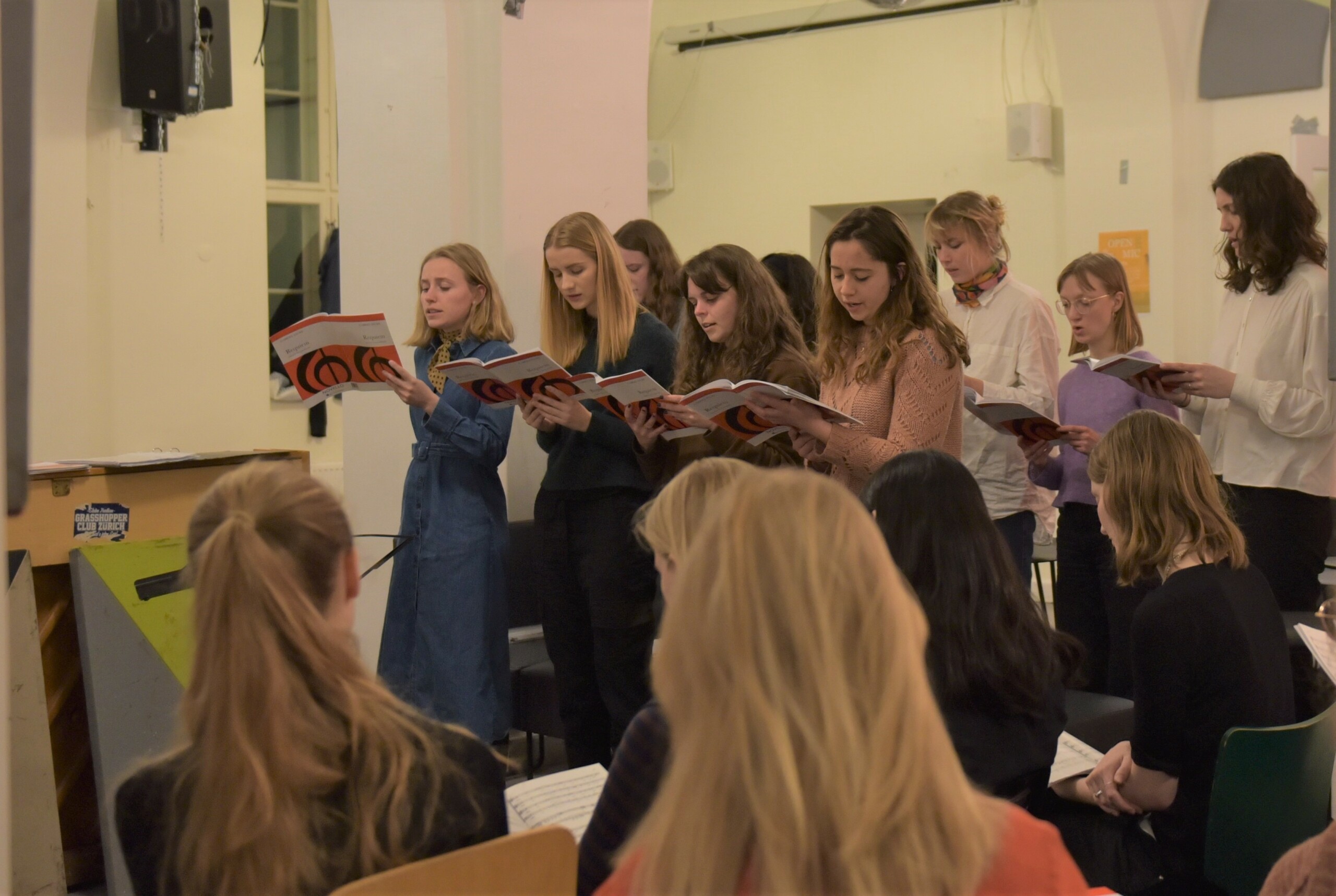 The student choir Concentus is a music club that offers the time for immersion into music, and the space for both students and former students. The focus is on the music, the community, and cake

The closer you get to the ‘Katedralen’, or cathedral, in the University of Copenhagen’s CSS central campus labyrinth on one Monday evening, the clearer you can hear the musical tones resounding between the faculty’s old walls.

Here is where the young people of the student choir Concentus meet up every week to practice.

Who: Open to anyone interested in singing Open and non-binding practice sessions at the start of the semester.

»It is a student choir for all students,« says Vanessa Petersen, who is studying medicine on her 11th semester and who is a board member in Concentus in her spare time. »We also have members from other universities than UCPH, and even graduates.«

While she speaks, a stream of young people come in, and the ‘cathedral’ which is also known as ‘the cat’ in building 16, is almost full of people. A group of female friends laugh, and are engaged in such eager conversation that they almost don’t have time to take off their coats.

There is so much to be reported in the ten minutes before the practice session starts. The weekend has been an eventful one.

»We have just got back from the half-yearly choir weekend, so we are all a bit worn out and hoarse,« says Vanessa. »I think those of us who weren’t at the choir weekend, are the ones that will do the heavy-lifting in the choir today,« she says as she laughs at a couple of her fellow singers.

Time for questions, repetitions, and seriousness

Just as people are in the process of outdoing each other with anecdotes from the weekend’s escapades, the choirmaster Toke Odin enters. He is a graduate of the Royal Danish Academy of Music, and as he drags in his notes and songbooks, the chatter stops.

People almost fall over each other to help out. The piano is moved into the middle of the room, and sofas and chairs are properly placed before the warm-up can start.

The many singers are warming up with body and humming exercises. People jump on the spot and swing their arms, and after 15 minutes the choir can begin doing what it is actually supposed to be doing.

‘The time is approaching’ or Sig nærmer tiden is the first song on the repertoire, and the choristers group up together in their respective voices. The song is relatively new to the choir, and it has only been handed out during the choir weekend, and so not everyone is quite up for it. Some stand with their eyes closed, singing along, while those who are less well-versed in the musical back catalogue of Blicher take sneak peeks at the music sheet.

»Could we take verse three again?« a young man asks, and Toke has everyone joining in.

The stubborn third verse starts with the words ‘I should have sung a bit more, maybe – perhaps also a little better’, which stands in stark contrast to the music in the cathedral. Soon it sounds as if the choir has never sung anything else. 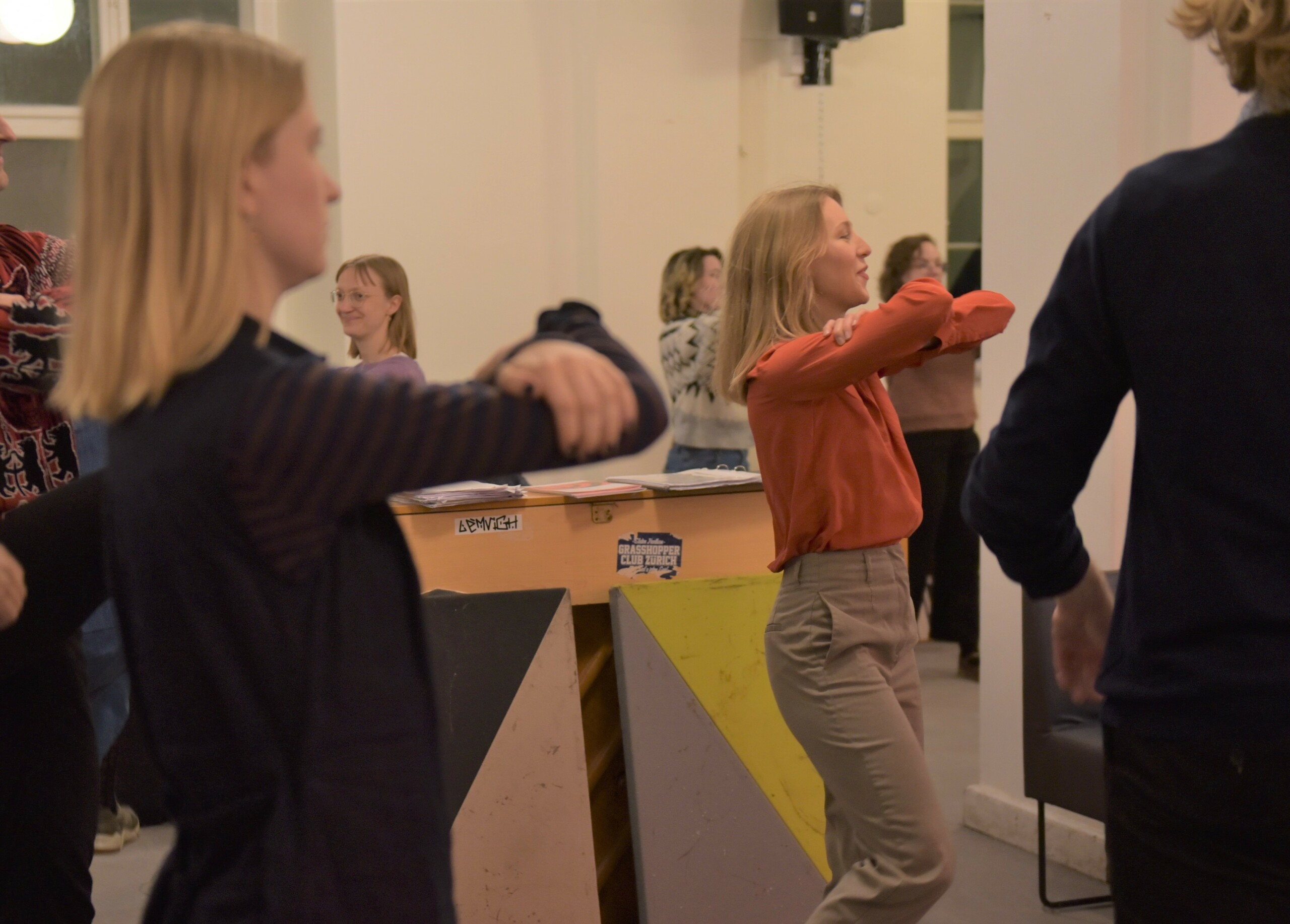 The singers warm up before the rehearsal session can begin.
image: Anne Ubbesen

After about an hour and a half, it is time for a break. The tired voices are not allowed to rest for long however, because everyone has to talk to everyone and eat cake at the same time.

»The cake in the break is pretty compulsory. You are almost publicly shamed if you do not put yourself on the cake list,« says Astrid Brauer with a smile.

Astrid is a fourth semester student of political science and has been a part of Concentus since last semester. She has sung in a choir for many years before this, and is happy to be able to continue her music interest at university. But the most important part of it is the sense of togetherness.

»The social aspect of it is really cool! You get to know people from all study programmes and from all the year cohorts. My university days have definitely become much better since I joined the choir. It’s great to have these Monday evenings as a kind of free space.«

Astrid tells us that the choir, in addition to the weekly rehearsals, the choir weekends, and the concerts, is also a really good place for new students.

»I clearly remember when I started. As soon as I stepped in, people started chatting with me. You don’t come in and stand there awkwardly at the door. People are good at bringing in new people to the group. Everyone is well-received in the choir, and everybody talks to everyone and enjoys themselves.« A community for (almost) everyone

Concentus goes back to the early 00s. At the time it was only for students at the Faculty of Social Sciences, but now it is for everyone: At the time of writing, the association has 35 members, and you can be a part of it regardless of your educational background or musical skills.

»You have to be able to hit the notes, but it’s okay not to be a great singer,« says Vanessa, who had no choral experience before she started in the choir three years ago. »We are ambitious, but are still open to having all levels of skill joining in. Some of us are employed as church choristers, some of us have never seen musical notation«.

During the course of the semester, the choir practices and perfects approximately 12 songs. The style varies between songs from the 13th century up to the present day, and you are always welcome to make suggestions.

»You really just have to like music,« Vanessa concludes. »We are an association that has this interest in common and would like to do music in a social setting. It’s one thing to play, sing or listen to music yourself, but when you do it together, and become a part of a unit where it gets to sound great, then it’s a really fantastic feeling.«

Now Vanessa no longer has any more time to talk to the University Post. The break is over. Toke is back at the piano, and the music is about to start again. 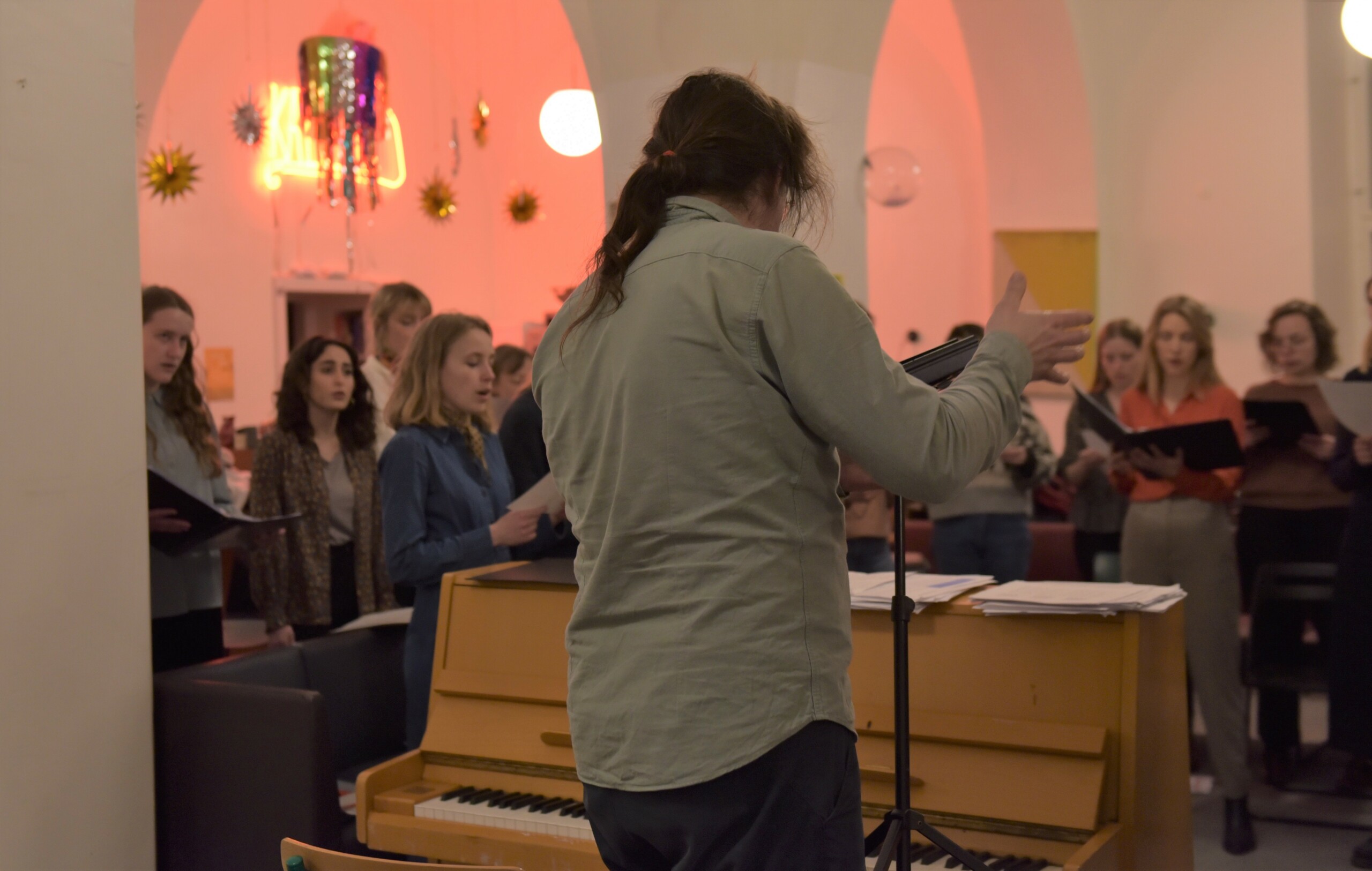