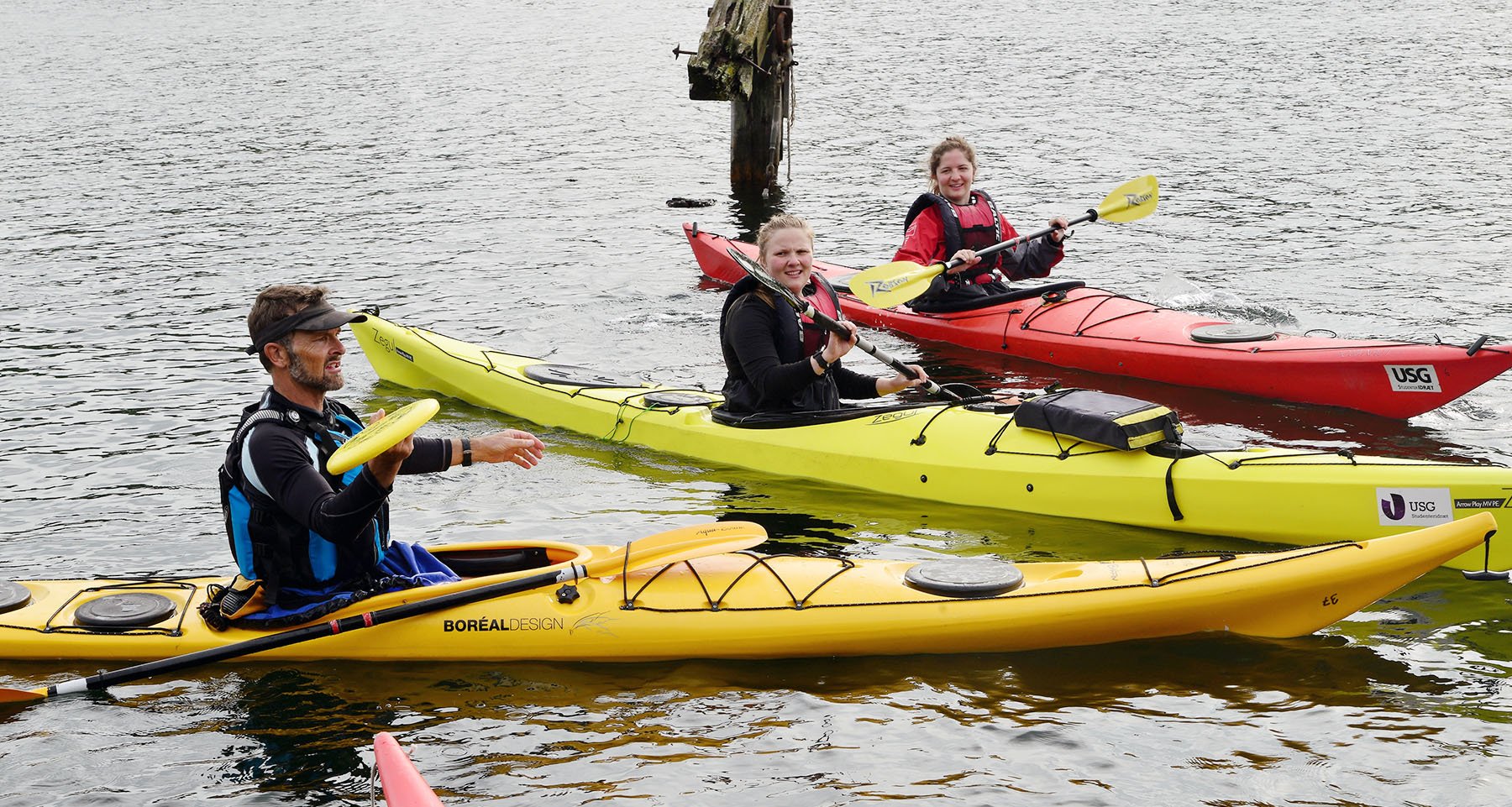 Sports group for Copenhagen students has to find DKK 1 million to survive until 2019. At least.
image: Anders Fjeldberg

Financing — After 100 years of student sports at the University of Copenhagen (UCPH), the KSI non-profit student sports association is now in danger of being shut down for good.

About 5,000 students, staff and alumni at the University of Copenhagen practice sports like fencing, aquafitness, kayaking and yoga through the

But 2018 – the year the association can celebrate its 100th birthday – may be its last.

Astrophysics professor Anja C. Andersen has agreed to act as new chairman of KSI in an attempt to save student sports at UCPH.

We had certainly not expected to be put at a disadvantage when we became part of the university, but this is what has happened

Member of the Board of Directors of KSI, Ulf Madsen

“The financial situation is worrying, but we are trying to find out what we can do to stop us having to close on our 100th anniversary,” she says.

UCPH provides at present an annual grant of DKK 1.4 million to cover operations.

Ulf Madsen, a long-standing member of the Board of Directors that was appointed by UCPH first in the predecessor USG association, now in the KSI, explains that the association’s financial problems are primarily a result of two circumstances.

First, the Department of Nutrition, Exercise and Sports (NEXS) at UCPH
began charging KSI for the use of its Otto Mønsted Hallen (OM hallen) sports facilities on North Campus. In 2017 the rent amounted to DKK 700,000.

The hall was donated as a gift to student sport in 1943 with a government operating license, but this has expired a long time ago.

The university paid for the operation for a long time, where USG/ KSI was free to use the sports facilities on North Campus in vacant spots on the timetable, but the university and NEXS will not accept this any longer.

The Faculty of Humanities has also announced that as of next year, KSI has to pay a million kroner in rent for the ballet hall on South Campus, which the association for many years had been free to use when it was not used for teaching.

Ulf Madsen says it is impossible to find enough premises in Copenhagen, as there is a lack of sports facilities in the city, and that many other clubs and associations are also trying to lease the municipality’s facilities.

The second cause of the bad financial situation, according to Ulf Madsen, is that the University of Copenhagen found in 2014 that the former USG was to be seen as a private association because it was open to non-university students.

The university could not continue to provide financial support for its operation unless the articles of association were modified so that it was reserved for students, employees and alumni of the University of Copenhagen.

The amendment to the articles of association was implemented at the same time as the name changed from USG to KSI, but this has led to big drop in the number of participants, says Ulf Madsen. He recalls that a few years ago there were 10,000 members, but the numbers have fallen and continue to fall from 5,600 in 2016 to 4,430 in 2017.

“We had certainly not expected to be put at a disadvantage when we became part of the university, but this is what has happened. Unfortunately, we have not had a constructive dialogue with the university in connection with this process, but we hope to regain it soon,” says Ulf Madsen.

Arne Astrup, Head of Department at the Department of Nutrition, Exercise and Sports, was until the turn of the year also chairman of KSI, where he chose to withdraw because of an unfortunate double role.

We're fine with sharing our facilities, but it has to pay its way

He says that, on the one hand, he wants the best for student sports, but as head of department, he cannot justify allowing KSI to use the OM Hall and other sports facilities at NEXS for free.

“NEXS has in recent years got an overview of the costs of running the facilities, and it turns out that there were substantial costs in servicing more than 5,000 users with baths, guards, cleaning, access control and so on. This meant that there had been a net on the lease, both to USG (KSI) and to other users like the City of Copenhagen,” says Arne Astrup, adding:

“We’re fine with sharing our facilities, but it has to pay its way, and NEXS had for many years had this loss covered over our basic grant, which should not be used for anything else than research and education.”

UCPH needs to step in

Arne Astrup says that the whole transition from USG to KSI meant that thousands of students from other higher education institutions could no longer join the association. This has led to a huge drop in income, at the same time as KSI no longer had access to free facilities.

“There are certainly things that could be done smarter and cheaper in KSI,” says Astrup, who says that he finds it difficult to imagine it being possible to run a well-functioning KSI if no more sources of funding are found. But the funds will not come from his department.

Student sports are a benefit to the entire university.

Arne Astrup, Head of Department of Nutrition, Exercise and Sports

“The university can choose to give a bigger grant to KSI, as sports are good for the study environment, for learning and for health. Student sports benefit the whole of the University, so I have to say that saving KSI is a university issue and not a department issue. I, as head of department, cannot justify using our research funding for this purpose,” says Arne Astrup.

Million kroner hole in the budget

At the KSI General Assembly on 28th November last year, several of the attending members voiced their criticism when the budget for 2018 was to be approved.

The loss for the year was projected to DKK 1.5 million, but the meeting chairman Bo Stenhuus pointed out that if there is a minus of more than 1 million kroner, KSI will only have a provisional sign off from accountants, and it risks being declared insolvent the following year – unable to fulfill its financial obligations and thereby bankrupt.

This was solved at the General Assembly by adding on a million kroner in projected income on the budget, either from an additional grant from UCPH or by KSI itself finding funding.

One participant said she found it difficult to approve a budget with so many unknowns.

The newly elected chairman Anja Andersen thought it was already late to find a million for the 2018 budget, as this kind of fundraising requires a lot of effort. Long-standing Board of Directors member Ulf Madsen was also sceptical.

“We are very late, so I fear that it is not realistic to get the money. This is quickly becoming critical,” he says.

The budget was nevertheless adopted with a 10 against 8 vote.

Deputy Director Jasper Steen Winkel of the University of Copenhagen says that the Rector’s Office does not yet know the details of the case and can only comment on the situation when KSI has contacted the Rector and there is a basis for a decision.