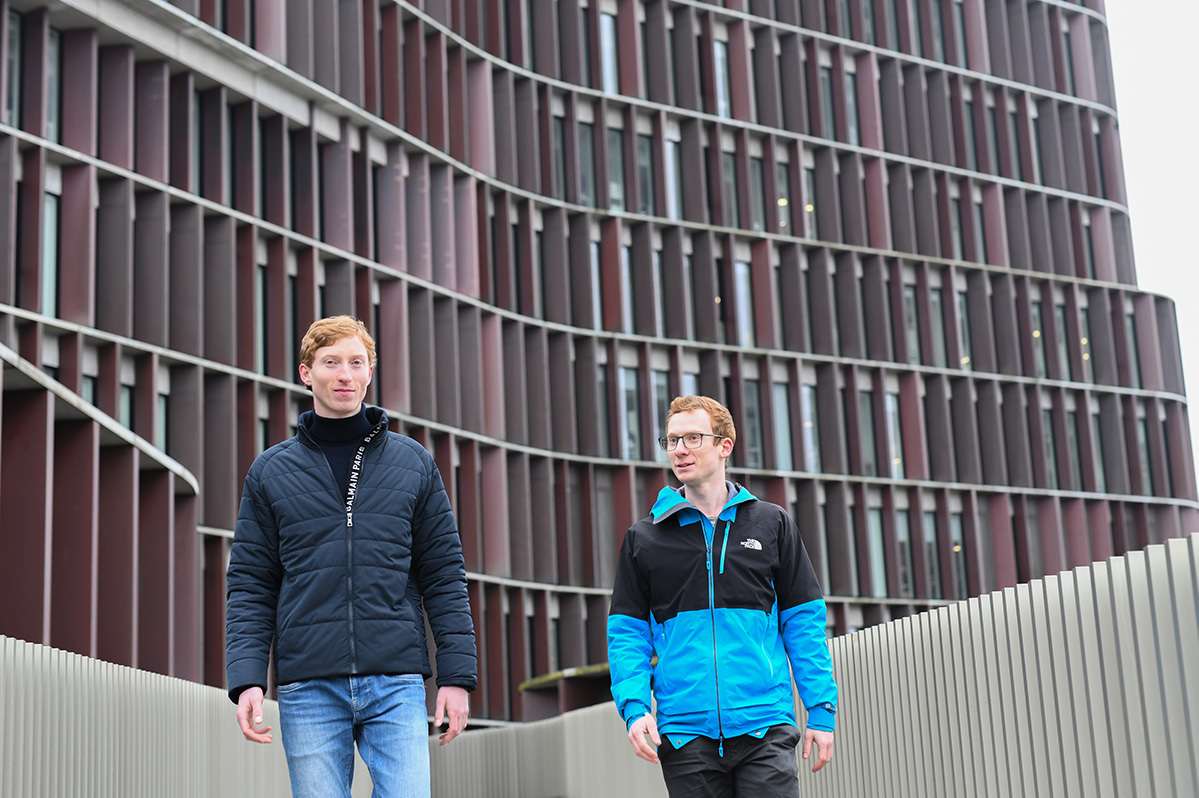 One out of every three medical students at the University of Copenhagen have been infected with the coronavirus. This is the surprising conclusion from a comprehensive study by two bachelor students.

If you ask Jacob Pohl Stangerup Nielsen and Johannes Roth Madsen whether they were surprised by the conclusions of their study, they show no hesitation:

The two students used antibody tests to find how many medical students at the University of Copenhagen had been infected with the corona virus, and the numbers turned out to be higher than expected. 34.58 per cent – more than one in three – had been exposed to the virus.

As Jacob Pohl Stangerup Nielsen says about the result: »This is the highest number measured in Denmark among any group of people.«

By comparison, a study from August 2020 showed that 4.6 per cent of Danes in the same age group had antibodies for the virus, and a global survey from November 2020 showed that 8.7 per cent of health workers had been exposed to corona. This is according to the study’s discussion chapter.

The study has not yet been peer-reviewed, and the students themselves explain that there are a number of uncertainties with it. They did not test all the students on the medical programme, for example, but about a quarter (almost 1,100 people), most of whom are from the bachelor’s degree programme.

And the study cannot say with certainty why the numbers are so high. But it points to a few ideas.

The students combined tests for antibodies with a questionnaire, and based on this they have found a couple of correlations. The students who were in contact with corona patients had a higher prevalence of the virus.

The biggest correlation was between students who had been to the Friday bar and semester start parties just before the lockdown.

Not so strange, maybe. Many medical students are on corona crisis emergency teams, and unlike permanent staff, they are often moved around from section to section.

However, the study points to an even clearer pattern, and this has to do with the medical students’ social behaviour.

The largest correlation was between students who had been to the Friday bar and semester start parties just before the lockdown,« says Johannes Roth Madsen.

These are very specific events, a semester start party on 29 February 2020 and a Friday bar on 6 March, something that the University Post and a number of other media have already reported.

The group of students who replied that they had been present on those particular evenings were also the ones with the highest infection numbers. More than half had antibodies (59 per cent and 62 per cent).

The question is then: Were they all infected at the parties?

»We can’t say for sure, because our study took place six months later,« says Johannes Roth Madsen. »We can see that the people who have been to the parties had coronavirus to a large extent, so there is a very high probability that this is the case. On the other hand, it can also simply be a result of the fact that the group that were at the parties have more social contacts and this results in a greater risk of infection.«

»Yes, because if you are the type that goes to many parties, you are probably also more socially inclined,« says Jacob Pohl Stangerup Nielsen.

The young researchers’ conclusion is in itself dramatic. However, it is also unusual that two bachelor students did the study.

The two students, who at the time were on their third semesters of the medical degree programme, started the research project because they wondered why medical students were not part of a larger screening of antibodies among hospital staff in the Denmark’s capital region. 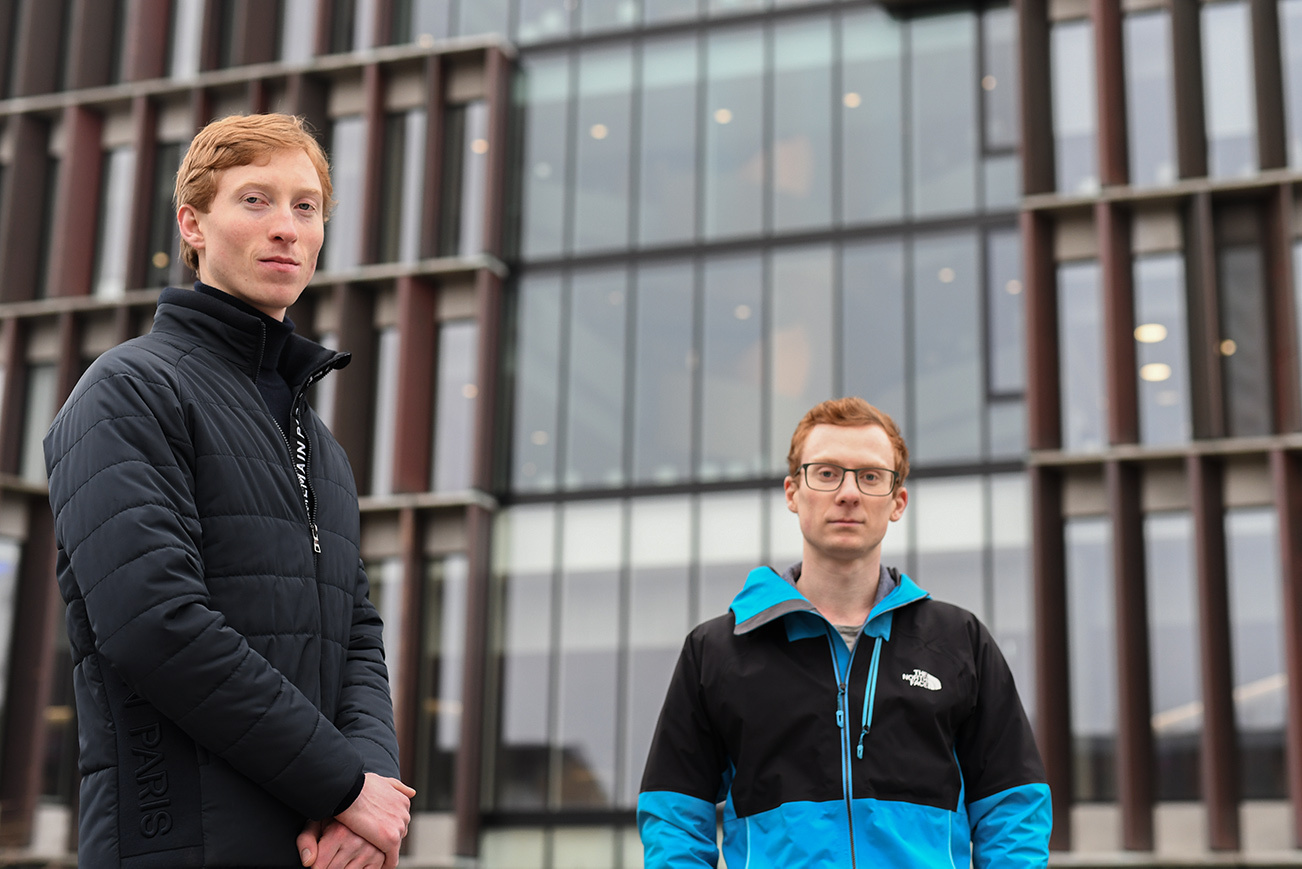 They had never done research before, but they got help from Professor Kasper Iversen of the Herlev Gentofte Hospital and a couple of PhD students, Kamille Fogh and Cecilie Bo Hansen, who are co-authors of the research article. They were also given access to Professor Peter Garred’s laboratory at Rigshospitalet, where they could analyse the antibody samples they themselves helped to take.

It was all new to them: Writing protocols, taking antibody samples and analysing them, doing the statistics, writing up the research article.

»We have to honestly say that we knew nothing about this in advance. The world of research is far away when you start in your third semester,« says Jacob Pohl Stangerup Nielsen.

»We’ve been sitting there, looking like two big question marks most of the time, and this has in no way been a solo project where we’ve just done everything ourselves. We are extremely grateful for the help we have received.«

From early morning to midnight

They did work hard, however.

When the project was in its final phase, Jacob Pohl Stangerup Nielsen and Johannes Roth Madsen worked from 7 am taking blood tests until 4 pm, before one of them biked over to the Rigshospitalet to refrigerate the samples. Then both of them took the serum from previous samples into new test tubes before putting them back in the fridge again.

They were usually finished at 10 pm and then it was home to study for their degree programme, which they both had to do besides their own research project.

This was what it was like on the days when they were at their busiest. But Jacob Pohl Stangerup Nielsen reckons that they, during their work on the research project, had what corresponds to a full-time job besides their medical degree programme.

This is huge! This is the coolest feeling.

This did not bother them however.

»The idea is that our article will be our bachelor’s project, so we will be using it. But we are both driven by the fact that we both really find it exciting,« says Johannes Roth Madsen.

Now their study is under peer review, where established scientists examine their methods. It sounds nerve-wracking, but you can feel the two medical students enthusiasm through the Zoom connection when they talk about it.

»This is huge! This is the coolest feeling,« says Jacob Pohl Stangerup Nielsen and leans closer to his webcam.

»We have really put our heart and soul into this, and it has been insanely cool to be allowed to be part of a real research environment and do something that is academically interesting. We have spent many of our evenings putting samples into new test tubes. The fact that this is actually turning into something interesting. This is great,« he says.

»Really … and a huge recommendation to other medical students. If you think you would like to do something like this. It is really cool.«

How can this study be used then?

The two students hope that the results will raise awareness about the medical students as a group. They believe, say, that the group should be tested to a greater extent and might possibly need to be moved a bit further forward in the vaccine queue.

The study also shows that a relatively large proportion of the infected medical students had no symptoms. This means that they have a greater risk of spreading the virus if they are not tested in time. The study also underlines how so-called superspreader events and close social contact can cause infection numbers to explode.

Jacob Pohl Stangerup Nielsen and Johannes Roth Madsen already have several ideas about how they can expand their study. They are, for example, curious about whether the infection is only prevalent among medical students at the University of Copenhagen, or whether it also applies to medical students at other universities.

»I don’t know whether we will end up being researchers, but this is definitely not the end of it all,« says Johannes Roth Madsen. 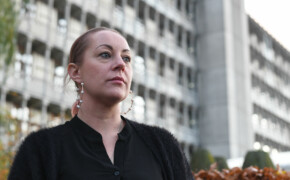 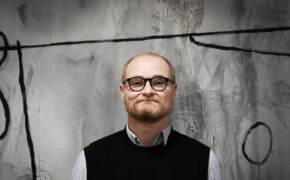 Philosopher of law: This is why universities need the Chicago principles 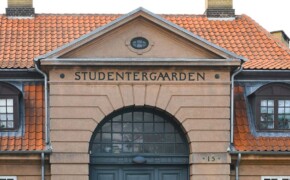 Review: Studentergården — where you never need to leave the building 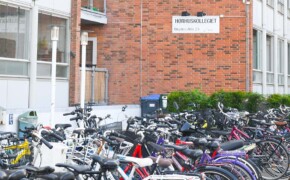