Study abroad will damage your relationship 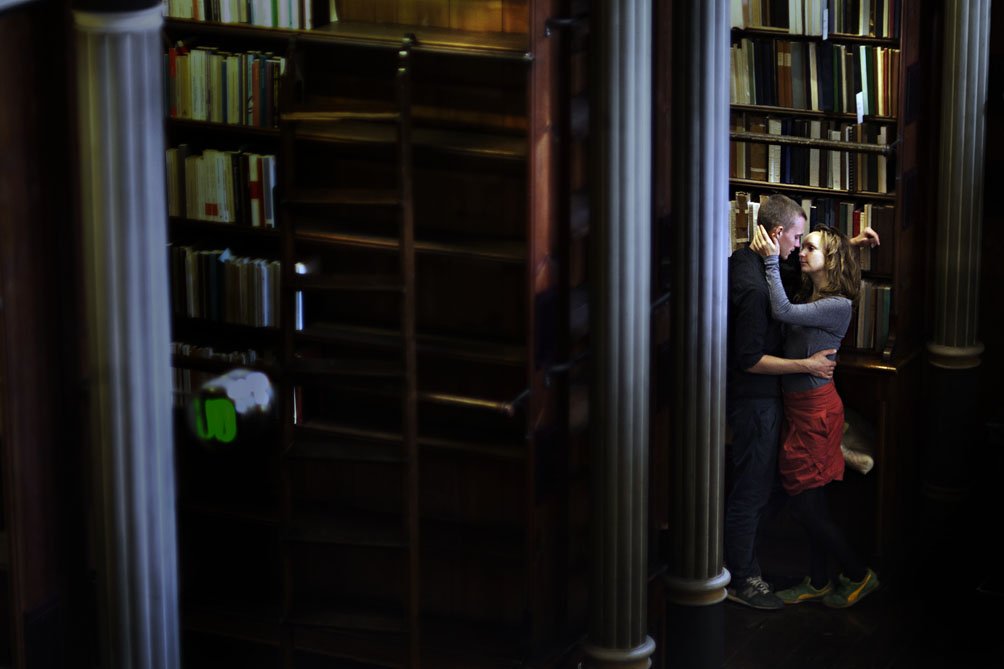 For many international students, the lure of a love-affair while studying abroad spells the end of their relationship at home
image: Lizette Kabré

Students claim high-hopes for their long-distance love, but three out of four ‘home’ relationships end in tears

How hard can it be to keep your pants on for half a year, or a year? Very hard, apparently.

When they arrive, international students in Copenhagen claim they will stay true to their partners at home. But in reality after three months, one in three is already interested in someone else.

For whatever reason, most relationships do not go the distance when one person is on study abroad, a University Post survey shows.

High moral ideals and romantic fantasies are often crushed by the reality of constant temptation and by the difficulties of a long distance love affair. Cheating is rife, and suddenly, when seen from a distance, the one who seemed to be the love of your life at home is transformed into an annoying ball and chain.

According to the University Post survey, six out of ten exchange students are in a relationship with someone in their home country when they arrive in Copenhagen. Under five per cent of these new arrivals would consider having an affair while abroad. But after just a couple of months in Copenhagen, one in three new internationals already has a crush on someone other that their partner.

The crush is an indication of things to come, it seems.

»You only live once. Me and my partner have come to a an agreement while I am abroad,« one, new student with an apparent powerful sense of reality writes.

One in three international students who have been in Copenhagen for more than three months has cheated on his or her partner at home, according to our survey results.

And three quarters of all long-distance relationships end as a result of the study-abroad separation.

Has your long-distance love gone horribly wrong? See the best places to find love in the University Post Top 10 here.

But just why do these relationships end in disaster?

According to the claims of most respondents, the distance proves to be too hard. Seeing a boyfriend or girlfriend from afar gives a whole new perspective on things.

»When in Copenhagen, I realised that our relationship had not been working anymore for a long time already. Having all the distance between us I felt that there was absolutely no use in going on with this relationship anymore. And I finally found the courage to break up,« writes one student.

In some cases, going on exchange provides a convenient way to end an already floundering relationship, as in the story of the following respondent:

»It was easier to split now since he was not here to give me all the shit talk and the puppy face, and beg for the second, third and never-ending ‘last chance’.«

What happens in Copenhagen…

Students feel free from their usual moral code of conduct while studying abroad. In a foreign land, other rules apply:

»I kissed a guy, because somehow it feels less like cheating when I’m away from my own country and the one I was kissing was also from some other nationality than myself. It was all new and exciting,« writes one international student.

There are two strategies to deal with long-distance relationships, explains Poul Poder, a University of Copenhagen sociologist.

»Some international students may be fascinated by the possibility of engaging in an intimate relationship away from home, away from their unknowing partners,« he says.

This may be tempting, but cheating is not automatic.

»Being abroad, international students may stay in a relationship with their partner because he or she is a source of comfort,« he explains, adding that for those who want to keep their home relationships going, new technologies can come to the rescue.

»With Skype, for example, you can see and hear your partner as if you were in the same room. The saying ‘out of sight, out of mind’ does not apply anymore,« he says.

But whatever the case, some University Post survey respondents were unable to resist the charms of other hot internationals, or even the good-looking locals:

»I can’t withstand the beauty of the Danes,« writes one of them.