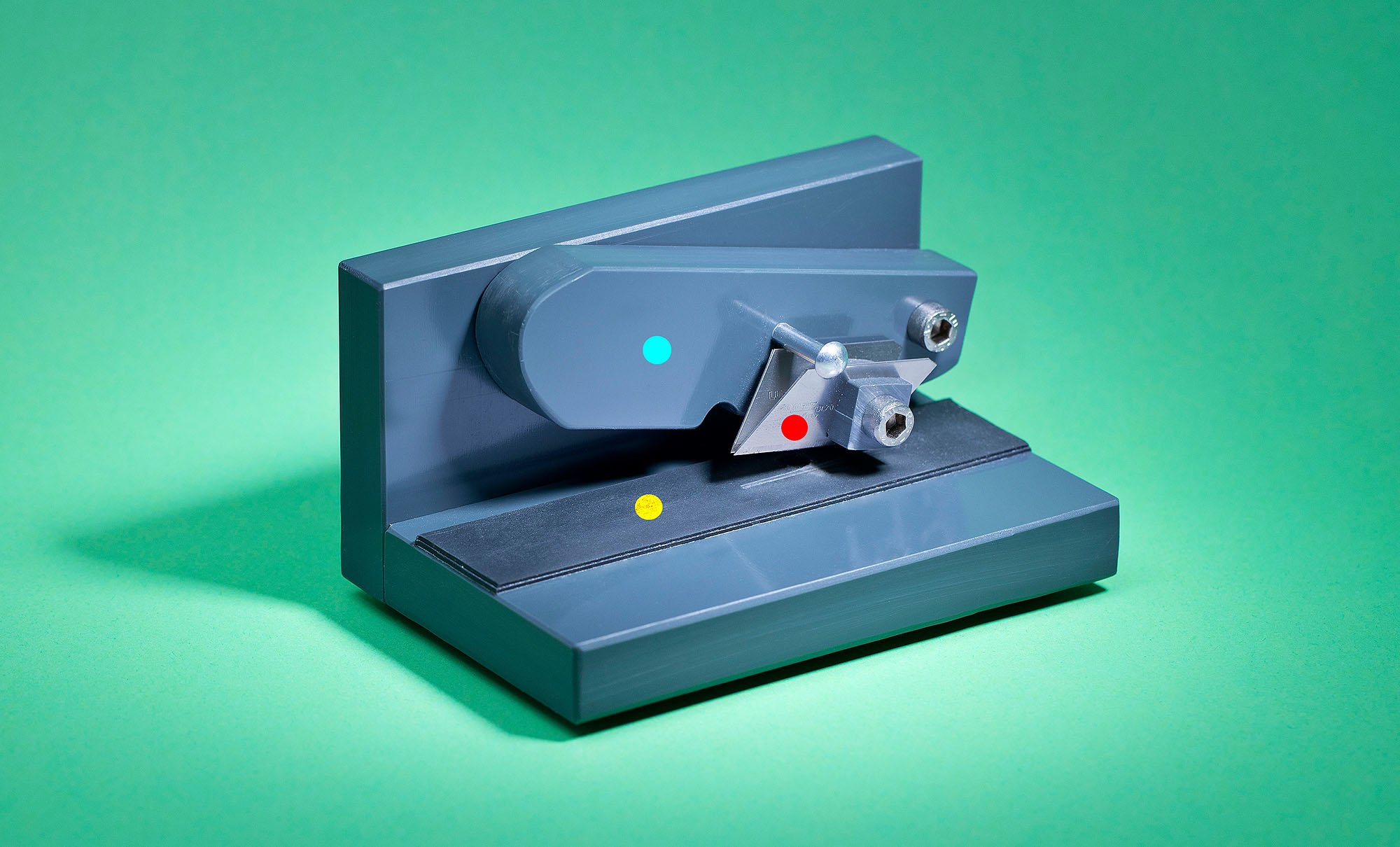 See the description of each of the coloured dots in the fact box to the right. The barley grain cutter is about 15 cm in length.
image: Carsten Seidel

Thing-a-me-jig — It took the workshop for fine mechanics three days to build a low-tech apparatus to cut hard grains of the barley plant into millimetre-thin slices so nutrition scientists could investigate their properties.

Made in pvc – inspired by the rocker arm in a rye bread cutter. Pvc is easy to process and at the same time relatively strong.

From stanley knives. This was the cheapest, easiest and strongest solution. Notice that there are two blades, and that they are oblique as in a ‘v’. The oblique ‘v’ shape lets the grains be cut into flat slices with a fixed one millimetre thickness.

So the grains don’t roll out to the side, and so the surface does not damage the blades. A clever detail, because barley grains are round and are prone to jumping around.

If you are a nutrition scientist in the high-tech era, you have a so-called supercontinuum laser with photonic crystal fibers at your disposal. It produces a high-energy collimated light beam so you can determine the content of betaglucan in barley grains.

But what do you do when the super machine’s laser cannot radiate through an entire grain at once, and it is holding up your research? The researchers wanted to slice – i.e. cut – the grains into millimetre-thick slices to investigate their chemical properties, but they ended up needing assistance.

“Grains are quite hard so they were flying to the right and left when we tried to cut them with a regular knife. After several tests with several knives, we contacted the UCPH workshop for fine mechanics, and they came up with this great idea of ​​making a kind of bread slicer with slanting knives for greater precision,” says Tine Ringsted, a PhD student from the Department of Food Science at the University of Copenhagen.

The Workshop for Fine Mechanics assists researchers at Frederiksberg Campus. The mechanic Flemming Frederiksen heads the team, but it was his employee Sebastian Nielsen who helped Tine Ringsted with the barley grain cutting.

His bright idea was to build the barley cutter with slanting knives and this was the breakthrough. When the blades are oblique, they effectively grasp the barley grain. Parallel knives, on the other hand, have the grains dancing around, and the slices become uneven in thickness, so they are of no use for research purposes.

Now it was time to start cutting, so Tine Ringsted and her colleagues could find out more about each grain’s variation in terms of fungi or insect attacks, and to sort them by baking, health and quality parameters. The latter can tell us how well the grains will be for pasta, cakes, bread or beer.

“The barley grain cutter was exactly what we needed in the project, and it was a great help that the workshop of fine mechanics could figure out a smart solution,” says Tine Ringsted.

Built it in three days

Sebastian Nielsen solved the nutrition scientist’s problem, and it took him just three days from getting the assignment to handing in his prototype barley cutter.

“That’s what we do. I made two or three sketches before I came up with this one. It did not take long to build it. Most of the time spent was finding the right angle for the blades,” says Sebastian Nielsen.

The grain cutter had to comply with requirements for easy cleaning, so that the slices were not contaminated with material from other slices. The blades also had to be cheap and easy to replace, so the cutter blades are the same as those on Stanley hobby knives, says Sebastian Nielsen.

“It’s like Bob the Builder, and as a mechanic here at the workshop, we have to be able to think creatively to ‘fix it’” he says, who has also helped make a crispness test device for chips at the workshop, but that’s another story. 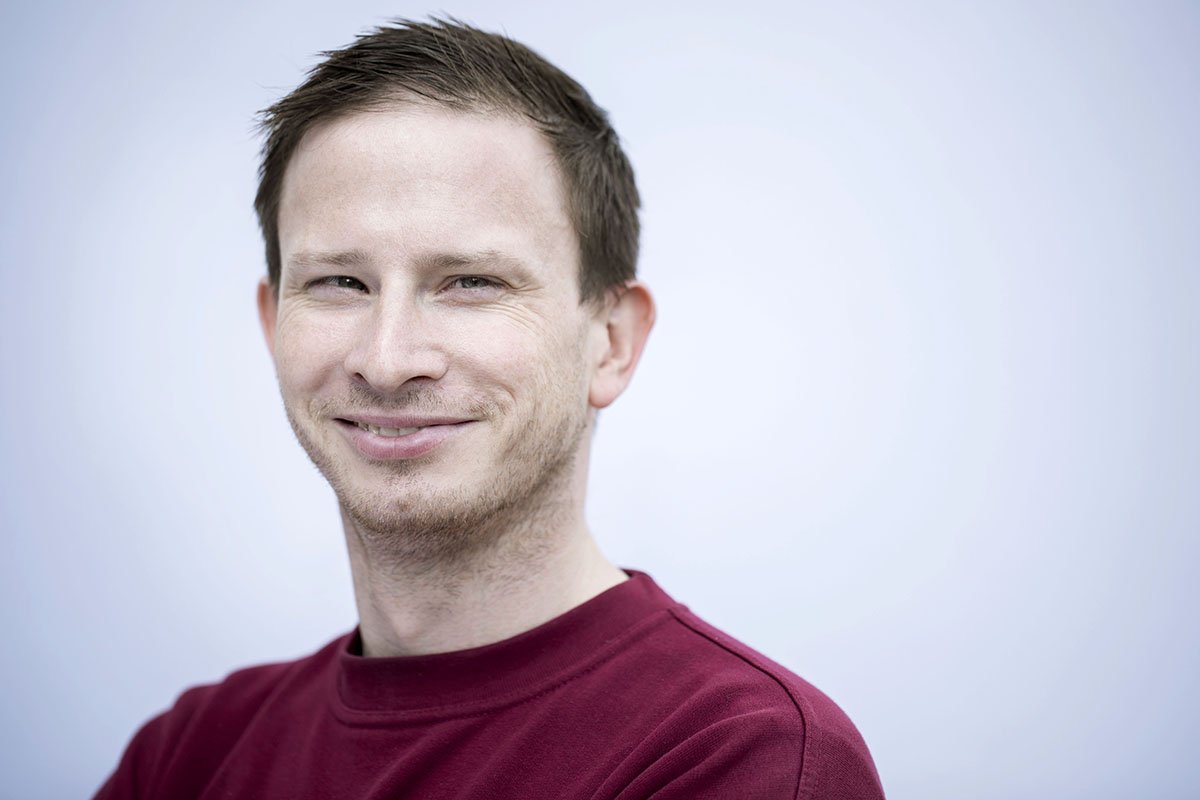