»The concept of gender at the biology department is old-fashioned« 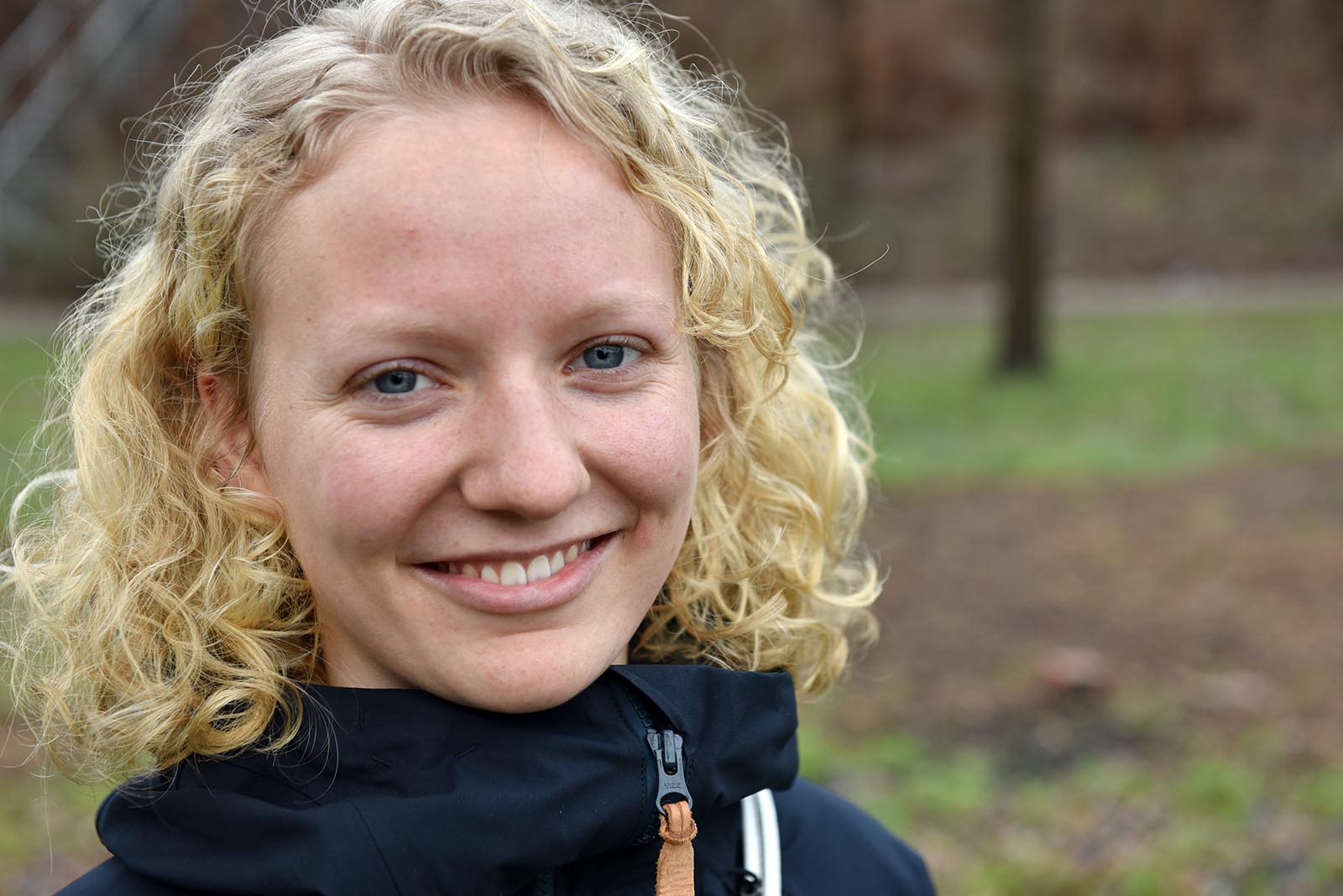 Offence debate — Biology student says she has been misunderstood in new case of 'victimhood culture' at the University of Copenhagen. We spoke to the student who was mentioned in all the Danish media, but who no one bothered to talk to.

Karoline Brix Andersson was well aware that it was an explosive issue she put on the table when she, in an internal evaluation meeting at The Department of Biology in December, questioned her teacher’s use of gender in the statistics class.

»I find it crazy that Dean Jacobsen (the instructor, ed.) went to the media with this instead of contacting me so that we could enter into a dialogue about it. Now it is all about how bad it is for the poor teacher that someone feels offended by his statistics examples.«

Karoline Brix Andersson is a first-year biology student. For the past couple of weeks she has followed the media coverage of what has been heralded as yet another case of offence or victimhood culture at the University of Copenhagen from the sidelines.

»I do not expect that the instruction will automatically be changed every time a student evaluates it. But I think that the least you can expect is that the instructors are willing to consider the points of criticism, and to enter into a discussion with students who present their criticism,« says Karoline Brix Andersson.

Had hoped for dialogue

At the internal meeting on the study programme back in December, Karoline Brix Andersson had hoped that they could have had a professional dialogue about the use and perception of gender in statistics courses in biology.

The meeting was a so-called focus group meeting, where there were five student representatives and three course instructors present.

I find it crazy that Dean went to the media with this instead of contacting me.

»The purpose of the focus group meetings is to create dialogue, so that students have the opportunity to speak up if there is something that needs to be adjusted in the teaching. I found it therefore relevant to point out that it was inappropriate to use the categories of man or woman in a specific assignment that just as well might have been about giraffes,« says Karoline Brix Andersson, who represents the students of her class.

She believes that the specific task was unnecessary and inappropriate, as not everyone can identify with their own biological gender.

»It’s not about me personally being offended. I identify with my biological gender. But there are students who feel differently, and for them it may be uncomfortable to have to be pushed into a category as either male or female.«

Karoline Brix Andersson’s comments at the meeting were registered without any discussion. But in the middle of her exam period, one and a half months later, she is confronted with an article on the Danish site Jyllands-Posten where she appears as one side in an ‘absurd’ case.

The case in brief

On 4th December 2018, student representative Karoline Brix Andersson takes part in an internal focus group meeting at the Department of Biology together with four other student representatives and three course instructors, including associate professor and statistics teacher Dean Jacobsen. At the meeting, Karoline Brix Andersson comments on a specific statistics example with men and women which Dean Jacobsen uses in his teaching. It is noted, but not discussed further.

On 20th December 2018 the episode is first mentioned in an internal debate at the University of Copenhagen, where the discussion is on staff guidelines for the handling of harassment and offensive behaviour. Here, the example of the inappropriate statistics is retold by a staff representative for the biology teachers and a colleague of Dean Jacobsen.

On 13th January 2019 Jyllands-Posten releases an article about the incident from the December meeting, where Dean Jacobsen is interviewed. Several other large media sites follow up, proclaiming it as a new case of ‘students taking offence’ at the University of Copenhagen.

On 15th January, the Dean of the Faculty of Science John Renner Hansen states that biology students will continue to be instructed on gender, and that they will continue to work with examples in statistics courses where gender is included.

On 16th January 2019, Dean Jacobsen says to the Politiken site that he will continue to talk about men and women in his teaching, but that he in the future will consider how he presents and describes his examples in statistics in order not to give offence to some students.

»Are you no longer allowed to mention people as ‘he’ or ‘she’?« is the headline on the article, which has a large picture of associate professor at the Department of Biology Dean Jacobsen.

In the article, it appears that students of biology find Dean Jacobsen’s examples of men and women inappropriate in his statistics class, and that he considers this ‘bizarre’.

»It is clear that he has not understood what I was trying to say at our meeting in December. It is made to seem as if there are several examples. But this is not what I said. I said that there was one specific example in his teaching, which may be considered offensive,« says Karoline Brix Andersson.

During the following days, the story circulates on several of the country’s large media sites. First on Ekstra Bladet, then on Politiken, Berlingske Tidende, BT and on the Danmarks Radio site.

Karoline Brix Andersson prepares herself for an inevitable call from the journalists, but no-one reaches out to her.

»On the one hand, this suits me fine. I have no need to take up a discussion with my instructors through the media. But on the other hand, I am surprised that no media appear to be interested in hearing my side of the story,« she says.

Karoline Brix Andersson says that she believes that the case has been distorted in the media.

»The point of the assignment was that we had to find the average age of male and female students. It may seem harmless. But the problem is that there are students who have a different gender identity than their own biological gender.«

She points out that it might be considered offensive to be forced to identify as either male or female.

This may seem harmless. But the problem is that there are students who have a different gender identity than their own biological gender.

»I therefore believe that you as a teacher either have to expand your categories or choose to use some other examples.«

Karoline Brix Andersen does not buy the argument that in the world of biology there are only two genders.

While the story runs in the media it is rapidly shared on Twitter and on Facebook. It is during exams, so most of the students are at home studying, and are not at the department. But many choose to get involved in the debate. Especially on Facebook, where the biology students have their own closed group.

»There are many abusive comments and a harsh tone. Many of my fellow students said that they felt sorry for Dean. It is as if they uncritically jumped on to the media bandwagon in an attempt to set off indignation,« says Karoline Brix Andersson.

On the 15th January, two days after the article in Jyllands-Posten, the Dean of the Faculty of Science, John Renner Hansen, put out a press release stating that the Biology »teaching will continue as before.« He states that »in the world of biology, we are physically either born a male or a female,« and that the Faculty will continue to use »relevant examples which the biology students at the University of Copenhagen need to relate to in the instruction.«

Karoline Brix Andersson says she was puzzled by this reaction:

»I never said that you are not allowed to talk about men and women in biology. The only thing I have tried to say is that there are people who have a different gender identity than their own biological gender, and that you therefore, as a instructor, need to be aware of how you talk about and use gender in the teaching.«

She points out that in other departments there is a different openness in the general conception of gender.

»I know, for example, that at the Department of Anthropology they have introduced a ‘they’ category in their statistics, so that it is not just a ‘male’ or ‘female’ that you can choose from. You can also choose to have a category called ‘other’, but at Biology they are not responsive to looking at gender as anything other than man and woman.«

Karoline Brix Andersson says that a lot of this may have to do with the fact that society in general tends to only think of gender as biological gender. It is easy to misunderstand each other as a result.

For many years we have assumed that you identify with the gender you are assigned at birth. But this longer holds true.

»For many years, we assumed that you identify with the gender you are assigned at birth. But this no longer holds true. We have to accept this, even though we study biology.«

She does not regret that she brought up the issue up at the meeting in December, but she is angry about the lack of dialogue. She fears that in the future students will hold back on their criticism:

»The mockery by people from the department and in the media may lead to others holding back in expressing opinions that are at odds with their instructors’, for fear that it will escalate into a case of these proportions.«