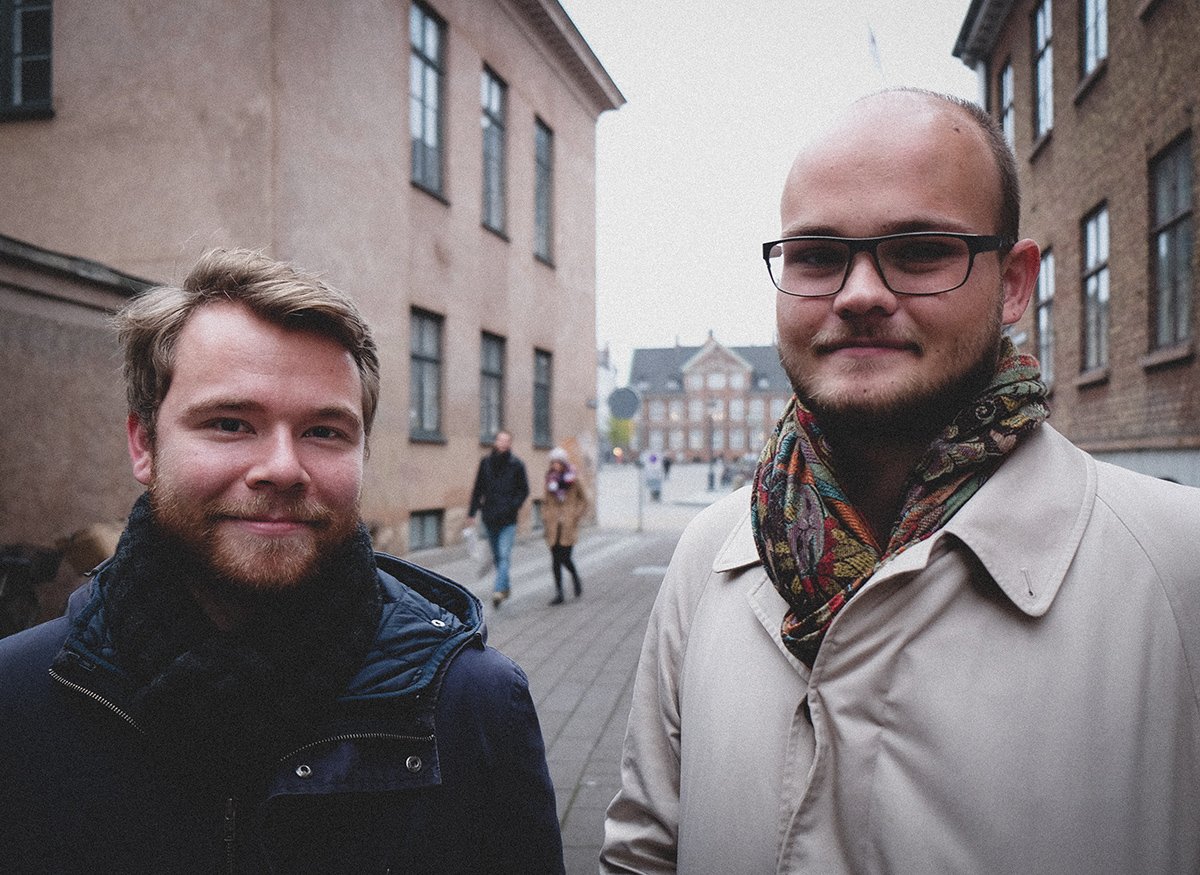 CANDIDATES FOR THE BOARD — If elected to the board, Konservative Studerende [Conservative Students, ed.] want to minimize bureaucracy and put an end to the ‘culture of victimhood’.

The student body is in need of a centre-right voice. That is the battle cry of Konservative Studerende who are running for a seat on the board with two top candidates.

Law student Sebastian Just Madsen and political science student Christian Broholm Andersen can agree on three key issues: The University of Copenhagen should protect freedom of speech, cutback on bureaucracy, and put an end to the so-called ‘culture of victimhood’.

According to both candidates, the latter is a problem at the university. On this issue they are on the same page as Frederikke Gjerløff Werther who is running for the board representing Frit Forum [Free Forum, ed.] with whom Konservative Studerende are in an electoral alliance.

»We can’t have a healthy student environment, if everyone is constantly ready to take offence at everything and subsequently write an opinion piece in University Post and complain to the administration about it,« siger Christian Broholm Andersen.

If one of the two candidates from Konservative Studerende is elected to the board, he will ensure that the guidelines on what constitutes offensive behaviour are based on objective criteria:

When the two candidates refer to ‘the culture of victimhood’, they are talking about a growing tendency among students to invoke the authority of the entire institution, as soon as they »feel like something is wrong or offensive or not in accordance with their own personal values,« says Sebastian Just Madsen.

This tendency is a detriment to the student community and the feeling of cohesion, according to Madsen, who believes that there needs to be room for differences of opinions between researchers and students:

»We don’t want—as the university has done with its new guidelines—a zero-tolerance policy towards offenses that are only grounded in subjective experiences. This is also to address the fact that to some reality has become warped. It seems that there are no longer any objective criteria for when an act is offensive,« says Madsen.

The problem is getting bigger and bigger, says Christian Broholm Andersen and refers to a similar debate in the USA. Sebastian Just Madsen agrees. According to the latter, the social issues in the USA which have sparked the debate over victimhood culture in that country cannot be applied to a Danish context:

»All we’re saying is: Calm down. No one wears a sombrero to a party to offend others,« says Madsen referring to a case at the Faculty of Law, in which the administration asked students not to throw a costume-party with a Mexican theme.

Andersen highlights Political Science as a degree programme that has managed to adjust its introduction week events in order to include and accommodate all students. This has been achieved by open dialogue instead of involving the administration as well as the media as soon as a potentially offense issue has been raised.

For instance, as long as a group of tutors agree with each other not to »cross certain boundaries, then that’s fine,« says Madsen. »But we shouldn’t try to coddle students in an attempt to shield them from anything and everything that might potentially seem offensive, either.«

Call off the war over the curriculum

Most members of Konservative Studerende are students at either the Faculty of Law or the Faculty of Social Sciences. That is why the organization has chosen to run two top candidates—one from each faculty. They have also chosen to do so in order to avoid infighting about who to run as top candidate and focus on the important issue, namely the »curriculum battle« as they call it.

»Many people at Social Sciences are invested in turning the curriculum into a battleground for climate politics,« says Christian Broholm Andersen referring to the seven student associations (including the Student Council) who have united in submitting a list of climate demands to the university, including a demand that all students must be educated in climate change.

»That’s a case of a political agenda,« says Andersen. He has previously written an opinion piece on the matter entitled »Dear climate-warriors: Stop politicizing our university«.

But the »curriculum battle« is not limited to climate politics, according to Andersen. Some students have demanded a greater degree of representation of women, minorities, and non-Western scholars on the curriculum.

»This is another example of turning an academic curriculum into a political battleground,« says Broholm.

This leads the two candidates to another of their key issues: »Maintain research freedom«. Research freedom is under pressure, when students for instance demand the Centre for Oil and Gas shut down, according to Sebastian Just Madsen. You cannot shut down a successful research centre, simply because students do not like the subject of their research, he says:
»It is in itself a dangerous path to take, when we start regulating fields of research through policy. This has never been common practice in Denmark, and it never should be.«

In addition to ‘victimhood culture’ and the »curriculum battle,« the two top candidates also want to stem bureaucracy at the University of Copenhagen should they be elected to the board. If a particular strategy has the effect of generating more unnecessary bureaucracy, it needs to be replaced, says Sebastian Just Madsen.

The university currently spends enormous amounts of money on administrative work while students report delays and errors in how their cases are processed, he says.

According to Christian Broholm Andersen, the Student Council has failed the students by solely focusing on getting the politicians to secure more funding to the university and not taking a closer look at how rector Henrik Wegener could be spending that money more wisely.

However, that is just one area in which the Student Council has demonstrated that it does not in fact represent all students at the university. Another is the current student blockade at the Faculty of Humanities, which Andersen calls »a very immature way of conducting student politics«.

»There’s a problem when a very small but very vocal minority can force its political agenda on the institution as a whole. It’s undemocratic,« says Madsen.

According to the two top candidates, it is very hard to break the Student Council’s monopoly on student politics to show students that there are alternative ways. This is in part due to the fact that the Student Council’s local branches bear innocuous and politically neutral sounding names such as ‘the Political Science Student Council,’ they say. But maybe this will prompt more students to vote in the elections, if they understand the scope of what is at stake:

»Voting is irrelevant, if there’s only one party to vote for,« says Madsen.