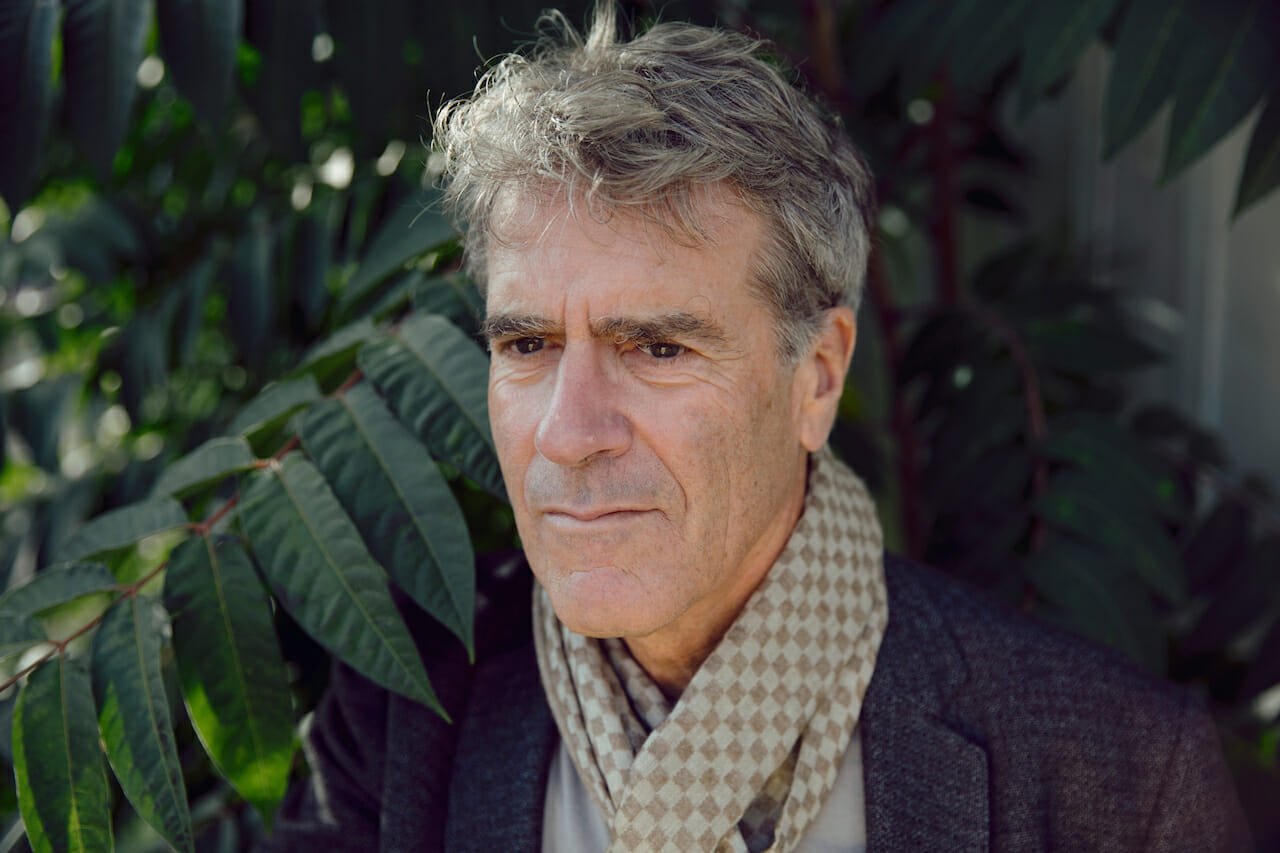 Reinhard Stelter has been employed at the Department of Nutrition, Exercise and Sports at the University of Copenhagen since 1987.
image: Daniel Hjorth

Interview — The daily vortex of e-mails, posts and likes has turned us into “performance subjects”, according to professor of sports and coaching psychology Reinhard Stelter, that constantly optimise our opportunities. But coaching has an important role to play in the struggle to find our self and our values.

But coaching is a concept that has changed significantly over the past 30 years. Today the concept is used everywhere from management, education, social work to different lifestyle changes.

Therapy has often focused on personal crises or dysfunctional patterns of behaviour which the client would like to work with. Coaching is more focussed on your work or personal development

In the beginning of his career, he worked primarily with rehabilitation in sports and coaching of elite athletes. But for the past 20 years, he has focused on coaching in relation to leadership, but also social work and lifestyle changes.

“Most of us think of management, when you talk about coaching. But it is used in many areas today, like for example social work. But the decisive factor is that the client, or dialogue partner, has the will and motivation to work with themselves. You can’t force people to change if they are not willing to work with themselves. And this goes for losing 20 kilos or for getting back on the right track,” says Stelter with only a slight intonation of German after more than 30 years in Denmark.

Asked what the difference is between coaching and therapy, he answers:

“Therapy has often focused on personal crises or dysfunctional patterns of behaviour which the client would like to work with. Coaching is more focussed on your work or personal development. But coaching can easily have a social psychological focus, or a coach may have a client who has a good job and makes good money, but who is still completely dissatisfied with life. Here we can go in and look at the circumstances which make him or her dissatisfied with life. But the ways in which we work are not necessarily different.”

Off the hamster wheel

A few years ago, a Danish professor of psychology, Svend Brinkmann, criticised what he called the ‘first-generation coaching’ that was designed to help people to survive pressure and the next challenge. This was in his book titled stand firm or in Danish ‘Stå fast’.

Stelter agreed with it: Coaching has to be more than just a tool to achieve the next goal. It is to help us jump off the hamster wheel.

Reinhard Stelter’s approach to coaching differs from the approach that Brinkmann has criticised. He is talking about ‘the transformative conversation’. Here, it is essential that the coaching interview focusses on finding meaning and clarifying values.

Modern people present themselves every day on social media, and we are constantly trying to optimise ourselves in fitness centres or with superfood and food supplements

And this is needed in a world where living and working conditions have changed fundamentally in just 30 years.

“We used to have a life that mostly took place in one context. You took an education programme which was completed by your mid-20s. Then you could get by with this education for the rest of your life. You lived close to your work and to those who lived close by. Today we move around in many different social and virtual spheres. And this places huge demands on our own self development. Today, self-development is a lifelong process. If you are to keep up with changes in society, you have to be able to develop yourself professionally, privately and in your relationships. This is actually a prerequisite for success in modern society,” explains Reinhard Stelter.

In his new book he says modern humans are performance subjects, that are constantly trying to optimise their life choices and opportunities to get a better life.

“Take a look at Facebook. Modern people stage-manage themselves every day on social media, and we are constantly trying to optimise ourselves in the fitness centre, or with superfood and food supplements. Many people forget that social media have a huge function in terms of social control. Just see how many people post training images or pictures of their healthy food,” says the professor. 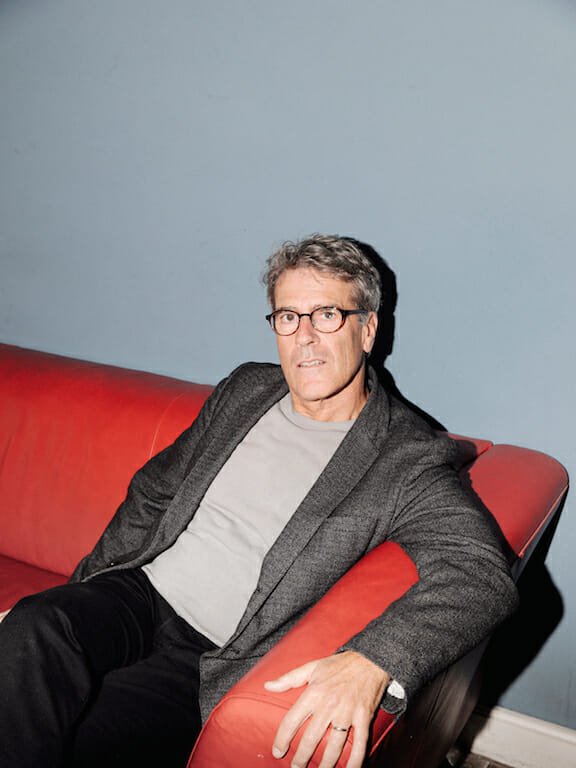 "Most of us think of management, when you talk about coaching. But it is used in many areas today, says Reinhard Stelter.
image: Daniel Hjorth
image:

But in the information flow of emails, posts, and likes on social media. And the constant quest to become the best version of ourselves, it’s easy to lose the ultimate purpose of what we do and who we are,” says Stelter and provides an example:

Animals act according to instinct, but people engage in social processes that we experience as meaningful. If we lose the meaning in our lives, we break down

“I met a former colleague yesterday, who works in a large organisation and who has been on sick leave with stress since the spring. I asked what she thought was the main reason why she had succumbed to stress. She answered: ‘There have been so many changes in the organisation, that I was suddenly unable to see the purpose of my working life. I had turned into a workhorse.’ I find this thought-provoking,” says Reinhard Stelter, gesticulating to emphasize the point:

“For this is also the main focus of my coaching work – to find a meaning in what we do. This is actually what differentiates us from the animals. Animals act according to instinct, but people engage in social processes that we experience as meaningful. If we lose the meaning in our lives, we break down,” says Stelter and continues:

“The Austrian psychiatrist Viktor Frankl survived three concentration camps during the Second World War. He subsequently investigated what it was that led to some people dying in the camps, while others managed to cope with the horrors. He concluded that the ones who survived were those who were able to make sense of what they experienced – the struggle for survival.”

The transformed living conditions of modern society require a different kind of coaching work. Today, coaching not only helps us become a better version of ourselves.

It also equips us to deal with a world that is much more complex and globalised than that of our parents.

“It is therefore necessary to view coaching in a completely different light – namely in relation to social and societal changes. And this means that you should take on a different role as a coach. You need to look at more aspects than just how to get from A to B. I, for example, did a case study on a woman about her weight loss during the course of a year. And she looked at her weight in a completely different light, because we examined the contexts in which overeating was meaningful. It had previously given her comfort in stressful situations in her life. This awareness meant that she could understand her eating patterns and be able to change them going forward. When you realise why you do what you do, it is easier to change your habits.”

The approach to coaching that Reinhard Stelter describes is what he calls third generation coaching. In the first generation of coaching, it was all about how the coach should guide a person from A to B. This could, for example, be about how the previously mentioned woman could lose weight by developing her motivation and changing her behaviour. In the second generation it was about visualising what the world would look like when she had lost weight, and had a greater focus on rethinking.

The third generation of coaching methods is about the coach or the manager being active, responsive, and bringing themselves and their own reflections into play.

When we compare ourselves to others, we often forget that we are very different and often have different motives for action

“The third generation of coaching is a kind of space of reflection, which focuses on developing your self-image and identity in relation to your personal or working challenges. The coach is much more active and participating. I call it ‘transformative dialogues’ – this means that the client who is to be coached, questions their own self-perception,” says Reinhard Stelter and continues:

Employed at the Danish College of Physical Education (now the Department of Nutrition, Exercise and Sports) in 1987 and became later professor in sports and coaching psychology at the University of Copenhagen (2009).

Teaches at the Department of Nutrition, Exercise and Sports and also on the Master of Public Governance at CBS and UCPH.

Has written a number of books including “Med kroppen i centrum” – [’the body as the heart of things’], “third-generation coaching” and recently “the art of dwelling in dialogue”, Danish Psykologisk Forlag.

“It is about creating a space for reflection, where the coach is more active in the conversation. As a coach, I share my own reflections on my client’s experiences and involve myself to a certain degree. This is what you might call a psycho-educative function. I ask questions, for example, not only about what is keeping the client from reaching their goals, but also how their surroundings will react when he or she reaches their goal. You can describe the role as a kind of player-coach,” says Reichard Stelter.

In previous coaching generations they talk about being “the best version of themselves”. The aim of third-generation coaching, according to Stelter, is slightly different.

“My focus is not necessarily that the person I coach be the best version of themselves. It is more that they develop a kind of integrity in terms of values and meaningfulness, that is not directed by a comparison to others. Because when we compare ourselves to others, we often forget that we are very different, and often have different motives for action. I believe that happiness comes from living ethically consistent with your fundamental values. The social constructionists believe that we are a construct of the relationships we have. But I also believe that you need the existential dimension. So you look at friendships, for example, as something that you use to create a community that gives life meaning.”