The programmes with the fewest hours in class are at UCPH 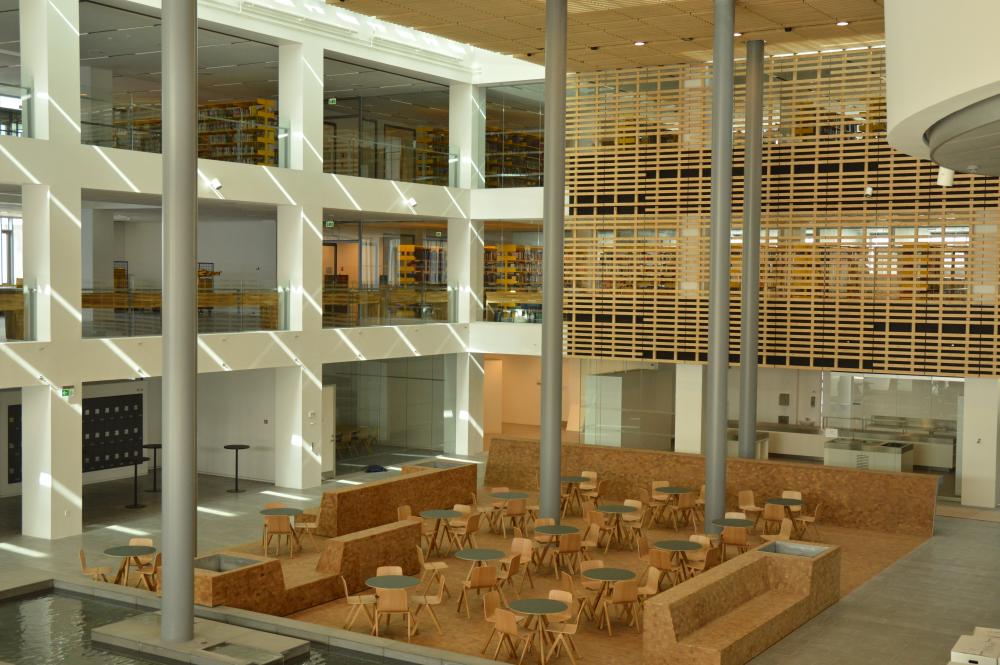 Plenty of space, not so many classes.
image: Alix Feldman

Teaching — When it comes to offering only a few teaching hours to students, the University of Copenhagen (UCPH) is number 1 in Denmark. Member of parliament Kaare Dybvad (S) finds the UCPH teaching hour numbers concerning.

The Ministry of Higher Education and Research has worked out how many hours of lessons the students get in the different universities and in the humanities, natural sciences, etc. The table can be read on the Danish parliament’s website.

Perhaps the University of Copenhagen has a plausible explanation for why you can learn the same thing in 100 hours as they spend 176 hours doing in Aalborg. But I can’t just figure out what that may be.

Bottom-of-the-class is the University of Copenhagen’s Faculty for Humanities, where the master’s students can get a total of 100 hours of teaching and guidance every semester.

In comparison, a humanities master’s student gets 176 hours at Aalborg University (AAU). The other four universities with humanities education programmes offer the master’s students between 123 and 143 semester hours. The average is 126 hours.

The 100 hours at the Faculty of Humanities at UCPH is, at the same time, the lowest for all Danish university programmes of education according to the Ministry of Education’s data.

The number of hours does not, in itself, say anything about the nature of the teaching that students get. It does not say, for example, whether it takes place in a large class in an auditorium with a single teacher, or whether the students get to study in groups of three in armchairs in conversation with their subject’s instructor.

Science students get three times as much

The University of Copenhagen: 100

DTU and ITU do not offer master’s degree programmes in the humanities subjects.

The typical science student at master’s level gets between 207 (IT University) and 321 (Roskilde University – RUC) hours of teaching and guidance.

At UCPH, the science students are offered 297 hours per semester, i.e. three times more than their fellow students in the humanities get.

“The differences across universities and across the same main subject areas is thought-provoking,” said MP Kaare Dybvad (S). It is he who asked the Ministry of Education to tally the number of hours at the different university and education programmes.

“In the humanities field, Aalborg University has 76 per cent more contact hours per semester on the master’s degree programmes than the University of Copenhagen. I believe that the two universities both get the same grant subsidies per student from the government,” says Kaare Dybvad.

The universities are given a subsidy every time a student passes 60 ECTS. There are three tariffs. The humanities and social science students in all Danish universities get the lowest rate (DKK 44,100) because they are deemed the cheapest to educate in terms of costs, while the science students typically get the maximum rate (DKK 92,500) which, in addition to their education, also covers the cost of laboratory equipment, etc.

The generally low hour numbers on the humanities and the high numbers in the natural sciences correspond to a certain extent to the grants. This is an advantage for universities with an emphasis on the scientific and technical subjects, especially the Technical University of Denmark (DTU).

Subjects such as sport, geography, mathematics and statistics get a medium-sized grant of DKK 63,300 per student that passes one year of exams. This is even though it is not immediately clear why, say, mathematics are more equipment-intensive than the study of, say, German literature.

The difference between the number of hours for master’s students at UCPH and AAU is not found in the bachelor’s programmes. Here the two universities are nearly equal, with a slight advantage in hours to UCPH, where students can expect to get 169 hours per semester versus 163 for students in Aalborg. Only CBS offers its bachelor students fewer hours than UCPH and AAU, namely 159. Since 2014, BA students have received a minimum of 12 hours a week at UCPH.

And UCPH science students get more hours than their fellow students at AAU: 294 versus 245 hours per semester.

Allocation of class hours may lead to social bias

“I asked about the class hour figures, because I hear a lot of stories about how many hours the students have in different places. I needed to hear what all the talk was about and what was real. It turned out that there was something real in the story we hear that they have only a few hours of class in the humanities,” says Kaare Dybvad.

“Perhaps the University of Copenhagen has a plausible explanation for why you can learn the same thing in 100 hours as they spend 176 hours doing in Aalborg. But I can’t just figure out what that may be. After all, 100 hours is only equal to three weeks of full-time work. If a semester lasts 20 weeks, that is five hours a week. I find this to be a very low number of hours in class.”

Kaare Dybvad says that his own experience from university is that it is a big hurdle for students especially from non-academic homes to learn the material.

“I think the low contact hour numbers are detrimental to those who most need them, and that there is a social bias in the distribution of hours, and this concerns me. We are already not good enough in getting the group of young people without academic parents into Danish universities,” he says.

Aalborg University is known for admitting a large proportion of students whose parents themselves are not academically educated. In 2014, according to AAU’s own figures, this amounted to about 80 per cent of students.

“You have to look at why Aalborg University can offer almost twice as many hours as UCPH,” says Kaare Dybvad.

The data shows that health science master’s students at RUC have the country’s most class hours. They get 423 hours on average. At UCPH, the Faculty of Health and Medical Sciences is also the most time-intensive subject with an average of 303 hours for each student per semester on the master’s.

“You would expect that people learn something when they are up at 400 hours, such as DTU students. If you follow the hours and read your stuff, it must be close to a full working week, perhaps more. ”

UCPH: We are putting up the number of hours to a minimum of eight hours a week

According to Jens Erik Mogensen, Dean of the Faculty of Humanities at UCPH, the premise of Kaare Dybvad’s criticism is incorrect.

“The effort of the students does not correspond to three weeks’ full-time work, because the students do not, of course, only study during classroom instruction. All the education programmess in the humanities are organised as full-time education programmes that require an average study effort of at least 1,650 hours a year. The studies are a full-time employment. Otherwise, students will not fulfll the exam requirements, Jens Erik Mogensen says.

“We use the element of classroom instruction as one of several elements in the studies. And there is a tradition that you have fewer hours of instruction as you progress through the study, and instead work more independently in the library and in the laboratory etc.”

The data may also give the false impression that the humanities are one education programme, Jens Erik Mogensen says.

“There are differences between how much the individual subject programmes weight the classroom instruction. One semester lasts 14 weeks, so this gives an average of over seven hours per week. Some subjects have more, others have less. But there is also a bottom limit to how few hours you can have as a student. For this reason, UCPH introduced in the autumn of 2018 a minimum of eight hours per week to all students of the first year of master’s programmes. My best estimate is that the humanities starting next year will be on the national average in terms of class hours in the humanities field,” he says.

Minister of Education Tommy Ahlers (V) has not wanted to comment on his Ministry’s statement of class hours for different groups of students.