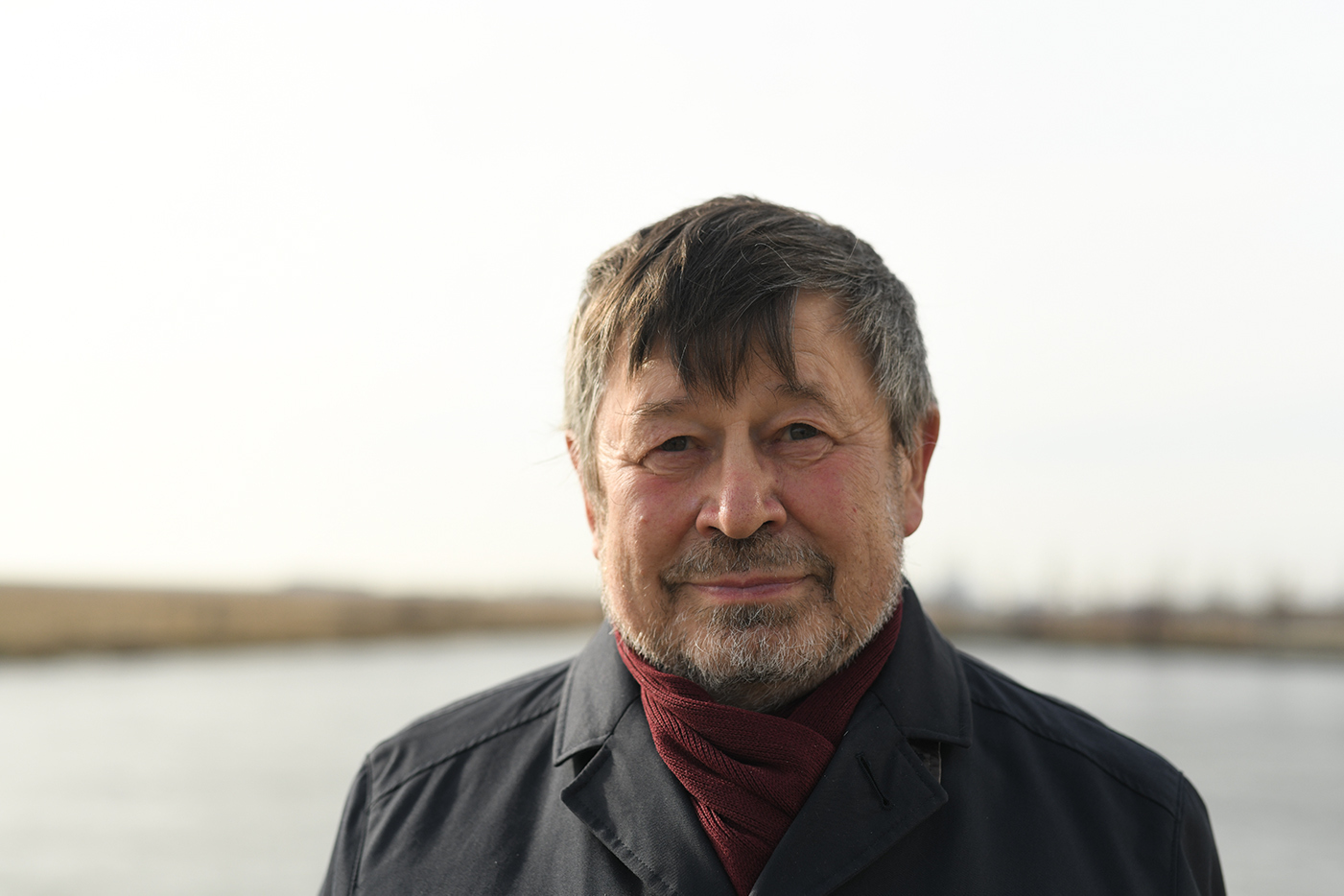 Freedom of research — Five prominent professors from the University of Copenhagen undermine the guiding principles of free research with a defence of the chairman of the Carlsberg Foundation Flemming Besenbacher. They downplay the fact that he used his power to try and stifle an open debate about flaws in the research that the foundation supported.

The case started with an error that can only be seen as an honest mistake. It was in an article in Nature from 2016, written by two researchers from Aarhus University. The case has now fanned out like a chain reaction, so that it now also encompasses five professors from the University of Copenhagen, Vincent F. Hendricks, Jens Hjorth, Bente Klarlund, Birger Lindberg Møller and Eske Willerslev.

On 15 February 2021 on the Science Report news site, the five wrote a featured comment [in Danish] about the case. A featured comment that the Berlingske news site characterised as ‘hot air and bullshit’ [Danish, paywall]. Strong words about highly respected professors.

This is a featured comment. It expresses the author’s own opinion.

We encourage everyone to read the whole featured comment before commenting on social media, so that we only get constructive contributions.

The University Post reserves the right to delete comments that break the rules.

To the best of my knowledge, you should respect each of the five authors academically. And I’m also convinced that they cherish the concepts of freedom of research, scientific ethics and good scientific practice.

Their contribution, however, puts these values into question, and they owe us an explanation as to how they can assess this case the way they do. In my opinion, Berlingske actually hits the mark with its characterisation of their featured comment as hot air and bullshit.

They speak of a »character assassination« of Besenbacher, but in fact they only refer to two specific accusations against the chairman of the foundation which could point to character assassination, namely »a presumption of power« and »administrative dishonesty«. ‘Administrative dishonesty,’ in particular, is a very serious accusation, possibly verging on illegality.

I have followed the case, searched through my memory, and conducted a search on the Infomedia database of Danish media articles. I have not been able to find these phrases. Where do they come from?

This is the case: Flemming Besenbacher has been subjected to serious criticism for his interference in the case of the erroneous Nature article following revelations from the Berlingske media site’s investigative team. After a very lengthy and long-winded process with criticism coming from all directions, the error in the Nature article was finally uncovered and documented, so the article had to be retracted. Embarrassing, but this can happen. The worst thing that happened was that the authors of the Nature article withheld their algorithm for too long when they were asked to disclose it. On the basis of the internal criticism, the authors were put before the Research Practices Committee at Aarhus University, which found them guilty of »dubious scientific practice«.

This had Besenbacher penning a defence of the authors of the erroneous article, and with attacks on their critics. The case was thereby switched upside down. The authors were presented as victims of bullying, and the critics who uncovered the error as bullies and villains. He sent e-mails with crude language and more or less concealed threats to the critics, suggesting that [Aarhus University, ed.] management should silence the critics. The Carlsberg Foundation had financed the two researchers, and Besenbacher, as their patron, had his honour at stake.

The process has been described and documented thoroughly in a number of articles in Berlingske since the end of December. I have had access to the actual documentation when I was asked by the Berlingske media to assess the case in light of principles of good scientific practice.

Nobody has claimed that the Carlsberg Foundation, and Besenbacher, are not beneficial

There is no doubt that Besenbacher made a mistake by intervening. He has also regretted it. And after the case was considered in the Board of the Carlsberg Foundation, he admitted that he should not have sent these emails. He has sensibly chosen to declare himself ineligible, in connection with the process of future applications from the faculty. Thereby admitting that it would not be possible to trust his assessments after what has happened.

However, as far as I know, nobody has claimed that the Carlsberg Foundation or Besenbacher has not been beneficial to Danish research.

Unfortunately, the five professors from the University of Copenhagen are able to, like magic, make Besenbacher’s mistakes disappear from the story. Instead of evaluating the case itself, and taking a clear stance on what Besenbacher did, they swim around in praise for the Carlsberg Foundation’s high ideals and good deeds, to which Besenbacher is then awarded main credit:

»So we will not make ourselves judges in the case. Instead just draw attention to the fact that there is a lot to thank Flemming Besenbacher and the Carlsberg Foundation for: in terms of Danish research and university policy, the social responsibility of science and the Foundation’s readiness for response, decisions on salaries for female researchers on maternity leave, risk-taking and its role in civil society,« they write.

Instead of evaluating the case itself, and taking a clear stance on what Besenbacher did, they swim around in praise for the Carlsberg Foundation's high ideals and good deeds, to which Besenbacher is then awarded main credit.

And the efforts [of the Foundation, ed.] are solidly anchored and clearly advertised. You can see this in its charter and on its website, the five write:

Being visionary and innovative is not enough in terms of achieving »success« though. It takes more than this.

»The most important criterion for success is that the research is carried out to benefit the whole of mankind.« The whole of mankind. Grants from the Carlsberg Foundation entail obligations. The five UCPH professors have in total received DKK 50 million from the foundation, according to Berlingske.
And who is responsible for them? Besenbacher, of course. He is not quite alone, in spite of everything:

»The inclusion of the social responsibility of science as an increasingly important cornerstone of the Carlsberg Foundation’s societal ambition and grant practice, is to a large extent due to the efforts of Flemming Besenbacher and the other board members.«

Email exchange was not just an issue between old friends

So what is the criticism of Besenbacher actually about, that the five so elegantly allow to disappear? First of all that he, as one of the most powerful people in research circles in Denmark, secretly meddles in internal cases at Aarhus University. This is a violation of the university’s autonomy.

Besenbacher has attempted to explain away this problem by referring to the fact that it was a matter of private emails. A few days before the disclosures from Berlingske, I received an email from him, where he wrote:

»Berlingske has now given a Freedom of Information request for access to my emails, which were intended as personal emails to Brian Bech Nielsen [rector of Aarhus University]. Brian is a good personal friend of mine. I was a master’s thesis supervisor for Brian. I have written to Brian as a friend, not to Brian as rector. In these emails, I use a number of words that I would never use in public. I can understand that the choice of words can offend people, especially when you read it without much context. My choice of language was due to my deep indignation at the unethical and inhumane treatment of a good long-standing colleague and professional role model for others.«

It was, in other words, conceived to be behind the curtain, like a chat between friends. This does not make the issue any better though. Quite the contrary. In this case, we get a glimpse of what is apparently going on between friends in the closed circles of power, at the expense of objectivity and freedom of speech. But only thanks to dedicated journalists.

This is now the state of Danish universities, ostensibly marked by openness and transparency, and highlighted in all charters and codes. And when a chairman of a foundation, via the foundation’s own email account, writes to a rector (and dean) on their university email accounts about a case that concerns the administration of office, it can never be a »personal« email. This goes without saying. This would also be the case regardless of communication medium.

The rector and dean have said that they have not allowed their decisions to be influenced by Besenbacher’s emails. The fact remains that the dean, in response to Besenbacher, wrote that he wished he could tape the researchers’ mouths with gaffa tape. And the dean at one point took the case away from the head of department.

Secondly, what Besenbacher is interfering in, is one of the most vital and vulnerable functions of research. He wants to stop the free, critical debate among researchers about the error in the research article, and the authors’ actions in accordance with good scientific practice. The quality and credibility of research requires that criticism and the elimination of mistakes takes place freely and openly among researchers.

Well, well: Boundaries are transgressed. For some at least, the five UCPH professors acknowledge in their defence of Besenbacher:

»No doubt some people may find Besenbacher’s manner, direct approach, and no-nonsense mode of expression abrasive.«

For the five, it is just a mode of expression when Besenbacher uses his position of power and friendship with the rector to covertly meddle in the internal affairs of Aarhus University and push for a halt to criticism and debate among researchers. It is even given a positive loaded term, it is »no-nonsense«.

By these positively loaded nonsense rewrites, the five seek to write Besenbacher’s mistakes out of sight. This is to undercut the fundamental values and principles of free research. The five end up vouching for Besenbacher’s actions, despite their declaration that they will not sit in judgement. In this way, they approve Besenbacher’s trivialisation of the two Aarhus University authors breach of good scientific practice.

Freedom of research entails a collective obligation to uphold self-regulation, including compliance with the principles of good scientific practice. This is done through an active collective process of mutual criticism, what Robert Merton calls »organised scepticism«. This is the only way research creates and maintains credibility. We cannot expect acceptance from the outside world of this freedom if we do not maintain self-regulation. This is where the five professors fail in my opinion.

They owe us a clear response on how they assess Besenbacher’s actions. In other words:

1) Is it okay for Besenbacher to use his position of power and personal connections to covertly intervene in Aarhus University matters?

2) Is it okay that Besenbacher, covertly via personal contacts, has sought to stop the collegial criticism among Aarhus University researchers?