Top 10: They donate the most money to the University of Copenhagen 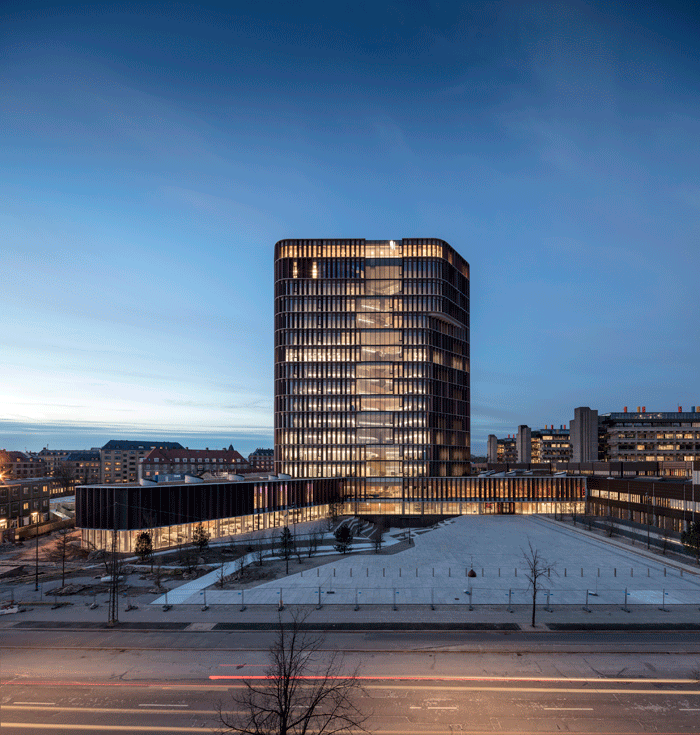 External funding — Universities need to get a growing share of their funding for research themselves. And if you look at the list of the ten largest contributors, the researchers at the University of Copenhagen seem to be good at it.

The scientists at the University of Copenhagen (UCPH) are not only talented scientists. They are also good at scraping the barrel for money. Out of total university income of DKK 8.6 billion. Approximately DKK 2.9 billion came from external funding in 2017.

The money comes from public and private foundations, the EU, private individuals and companies from both home and abroad.

But who really contributes the most to research at UCPH, and what do they give money to?

The list of major contributors is based on all ongoing projects (about 5,100 in 2017) and includes, in this way, both money that has been allocated several years ago and partly spent, and funds that have not yet been disbursed. Of the approximately DKK 15 billion, a remaining DKK 6.5 billion will be spent on research in the years ahead, UCPH estimates.

The country’s oldest university and the pharmaceutical giant have been closely linked right from the days Novo Nordisk was founded.

The Nobel Prize winner and UCPH professor in animal physiology August Krogh helped create the Nordic Insulin Laboratory in 1923, which later became part of Novo Nordisk. And the personal relationships are still close: Novo Nordisk Foundation director Birgitte Nauntofte was a former professor and associate dean of the Faculty of Health and Medical Sciences. Mads Krogsgaard Thomsen, Director for Research and Development at Novo Nordisk, has since 2012 been a member of the UCPH Board of Directors, and he took over the post of chairman in 2017.

The Foundation supports research primarily in biomedicine, biotechnology, general medicine, nursing and art history in public institutions of knowledge and education. It also funds innovation as well as humanitarian and social projects. Just in 2017, it granted DKK 5.8 billion.

The foundation has also donated at least five grants of DKK 60 million to individual researchers at UCPH, and in 2017 it put DKK 600 million aside to establish a new research manager programme at the universities, where 12 grants of up to DKK 10 million will be donated annually. In 2018, seven UCPH scientists got a grant.

makes up a larger and larger share of the UCPH budgets.

Researchers have, so far, got more than a billion kroner from the Horizon 2020 framework programme, placing UCPH in fifth place among universities in Europe, surpassed only by the four English elite universities University of Oxford, University of Cambridge, UCL (University College London) and Imperial College.

Through Horizon 2020, the EU awards a total of DKK 525 billion in the period 2014-2020 in three areas: Excellent Science, Industrial Leadership and Societal Challenges.

86 per cent of support for UCPH researchers is through the Excellent Science programmes, which target world-class basic research and support for particularly promising researchers at various stages of their careers.

Supports independent curiosity-driven research in all the main scientific areas – but it is difficult to be selected. The success rate was 13.4 per cent in 2017.

The grants total DKK 1-1.2 billion annually, but the fund provides relatively small amounts to many different research projects to stimulate the growth of ideas and invest in talented researchers at all career levels, including younger ones.

Grants from the Danish Agency for Research and Innovation (FI) have been left out of the top 10, as a reorganisation in the ministry has led to the grants being administered from different places.

DFF also distributed DKK 165m to 29 research managers in 2017 through the Sapere Aude career programme. 15 of them are from UCPH, which has been given the opportunity to set up a team to investigate an original research idea through the scheme. Like for example Professor Claus Felby from UCPH Science, who has discovered that the sun’s rays together with plants’ green chlorophyll and a certain enzyme can quickly break down plant biomass to chemical substances that can be used in plastics or in biofuel. He is now working with the company Novozymes to turn his research into an export commodity.

This independent public foundation, set up in 1991, awards approximately DKK 400 million a year to strengthen Danish research in all disciplines. It has two types of grant.

The Centres of Excellence are the flagship of the foundation. A centre grant will typically be in the region of DKK 80-100 million and stretch out over 10 years. The foundation expects the centres to deliver breakthrough results.

The foundation also provides support to the so-called Niels Bohr professors, who have the purpose of enriching Danish research environments with leading researchers from abroad.

At the University of Copenhagen there are currently 16 active centres of excellence, and five active Niels Bohr professorships with a grant in the region of DKK 30 million over five years.

Works to strengthen innovation in Denmark – like by increasing the number of highly educated employees in innovative companies.

The foundation helps the talent by providing support to business researchers (PhD and postdoc) and to InnoFounder, an entrepreneurs project.

The InnoBooster programme targets small and medium-sized enterprises that have a good idea that requires cooperation with, say, a university.

Grand Solutions are major research partnerships between universities and companies, where you can apply for more than DKK 5 million for projects in the categories: Society of the future, Industry 4.0, environment, tourism, bio-resources, personal medicine, health, ICT & Digitalisation and Energy.

The Innovation Fund Denmark has provided support for a number of research projects at UCPH, including DKK 80m to the foundation’s largest project QUBIZ, which has the purpose of making Denmark a global centre for quantum technology research.

The Lundbeck Foundation is working to create better lives through new knowledge, mostly in the health sciences and its related fields. A large part of the foundation’s annual donations totalling over DKK 500m go to neuroscience.

UCPH professor of clinical neurophysiology Martin Lauritzen has received a total of DKK 60m, in two grants, to research how we effectively get medicine past the blood-brain barrier. The blood-brain barrier prevents toxins from entering the brain from the bloodstream, but it unfortunately also stops many types of medicines from treating diseases in the brain.

The Lundbeck Foundation also supports particularly talented young researchers who are building their own research groups.

These Lundbeck Foundation fellows each get DKK 10 million giving them the space to do research. Almost half of the 59 fellows so far have had a connection to UCPH.

The Villum Foundation is a non-profit foundation that supports technical and natural science research as well as environmental, social and cultural projects both in Denmark and abroad. In 2017, a total of DKK 1,053 was granted.

The foundation has three programmes. The VILLUM investigator programme is for researchers who have shown significant originality and excellent research results through a longer period of time. In 2017, three UCPH professors — Dorthe Dahl-Jensen, Jens Hjorth and Mikkel Thorup — were named VILLUM investigators and received total grants of DKK 120m.

The VILLUM Young investigator Programme supports younger researchers who want to establish themselves with their own research group for the first time. In January, eleven young researchers from UCPH received a total of approximately DKK 92m.

VILLUM Experiment is for the daring research idea, that will be diffucult to gain funding for in the classic peer-review funding system. In the last round of grants, 17 UCPH daring research minds each got DKK 2 million.

The Carlsberg Foundation supports visionary and innovative basic research at the international level in science, the humanities and the social sciences, with approximately DKK 212m a year.

The Nordea Foundation has a non-profit purpose and awards approximately DKK 500 million each year to projects that promote the good life in health, exercise, nature and culture. The projects must be of benefit to people throughout the country, and the foundation typically supports activities that are oriented towards the community.

Over the past decade, the Nordea Foundation has supported three centres at UCPH: Centre for Children and Nature (School of Forestry Management), to ensure that more children get out into nature and have good experiences. The Copenhagen Centre for Team Sport and Health, where researchers examine the team sports’ physiological, psychological and sociological qualities in order to promote public health. And the Center for Healthy Aging, which researches how more people can have a healthy life and old age. The latter is the Nordea Foundation’s largest UCPH commitment with a grant of DKK 300m over 10 years.

The Velux Foundation is a non-profit foundation that supports human scientific, cultural, social and environmental purposes. In 2017 with a total of DKK 210m.

The foundation works closely with the human and social science departments, which themselves make the first selection of the best project proposals. The grants are DKK 5-6m per project.

The largest total grant from the Velux Foundation to the UCPH has gone to the establishment of a research database – the CAMB database (Copenhagen Aging and Midlife Biobank) – which in 2007, 2008 and 2012 received funding totalling nearly DKK 26m.

In recent years, the foundation has also focused on supporting multidisciplinary research and development projects between human sciences researchers and practitioners in the social, aging or environmental sectors. This commitment goes under the name of the HUMpraxis programme.