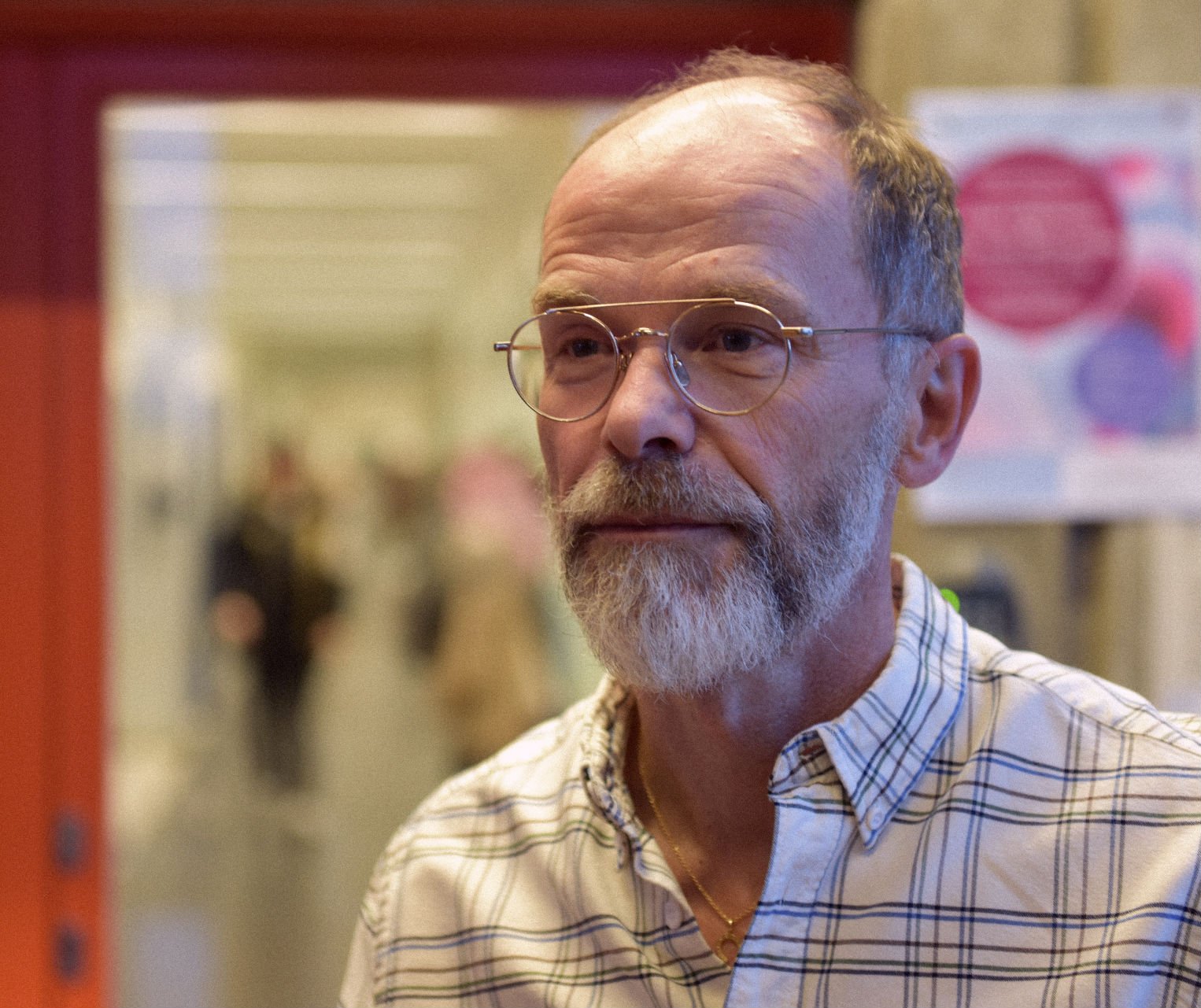 Henrik Semb is head of a stem cell centre funded by the Novo Nordisk Foundation, but he would prefer the funding to come from the state. He has recently been awarded 60 million kroner from the EU to enable a better connection between research and patients.
image: Rasmus Friis

The hype surrounding stem cells in the aughts meant that for a time the research conducted was of an extremely poor quality, according to Henrik Semb. At his stem cell centre, research is a long and arduous process.

They were said to be able to cure diseases. Diabetes, Parkinson’s, and Alzheimer’s.

They might even be useful in cloning technology and had the potential to change society as we knew it.

Stem cells were an equal source of great hope and great fear. Some believed the use of embryos for research purposes was unethical. Others weighed those concerns against the potentially millions of patient lives that could be affected positively.

The debate may be ongoing, but it is as if the conversation about stem cell research, it’s possible breakthroughs and ethical grey areas, has subsided.

As opposed to other cells, stem cells have the ability to split indefinitely and replace specialised cells when they die. Every day, we lose countless skin cells, and stem cells ensure that our body produces new skin cells, so we do not lose our skin.

The goal of stem cell research is to make stem cells work to repair parts of the body that have been damaged, for instance in patients with type 1 diabetes who are incapable of producing insulin.

Regardless, the public discourse on the subject has undergone a big change since the satirical, animated TV show South Park first addressed the issue in the early aughts. In the episode, the maniacal school bully, Eric Cartman, manages to get the recently passed ban on stem cell research repealed, not in order to save his dying friend, but to manipulate stem cells into cloning an exact replica of his favourite pizza parlour.

It is of course a TV show with an absurd premise, but never-the-less a TV show which has proven itself capable of lampooning the zeitgeist time and time again. It is hard to imagine an episode like that airing today, mainly because these days wild predictions about stem cell research are few and far between.

And according to one of the topmost stem cell researchers in Europe, Henrik Semb, that is a good thing.

He has researched stem cells since the late 90’s and now heads up the DanStem centre at the University of Copenhagen, and his work is very far from the speculative reaches of the science fiction imagination. He does not clock into work every day expecting to find a cure that will help millions of people, and for a long time he did not even believe that his research would make it to clinical trials with actual patients before he reached retirement age.

Recently, though, he has been forced to re-evaluate that part. Last year in December, a group of researchers led by Henrik Semb were awarded a five-year funding package to the tune of eight million euros (approximately 60 million Danish kroner) by the EU. The goal with the funding is to develop products that can be tested on patients suffering from type 1 diabetes.

The hype attracted opportunists and charlatans and for a while the research produced was of an extremely poor quality.

The goal is to introduce stem cells to diabetes patients ensuring that their blood sugar level remains stable. In order to do so, the researchers must be able to make pluripotent stem cells (cells that have the capacity to transform into other types of cells) differentiate into insulin producing cells after which they will be transplanted into the patients in a way that enables them to control blood sugar levels accurately.

The researchers have already proven that it is possible to cure mice of diabetes. But one thing is experimenting on mice in a lab, another thing entirely is to make stem cells behave a certain way in the human body.

According to Henrik Semb, that is exactly what many people had a hard time understanding when the stem cell craze hit a fever pitch; how incredibly difficult it is to transform lab work into a treatment plan for real patients.

In fact, many of the people working in the field had difficulties accepting this, according to the researcher.

»The hype attracted opportunists and charlatans and for a while the research produced was of an extremely poor quality. It was very difficult to navigate the field at the time because you never knew who to trust. You constantly had a feeling that everyone else was way ahead of you with their research, because people were trying to publish results that weren’t even credible,« he says.

As a researcher, when you attempted to reproduce results others had published you found the task impossible, because the quality of the studies was too poor. According to Henrik Semb, the stem cell craze was ignited by the fact that many researchers were blinded by the prospect of the end goal and thus attempted to produce miracle products without doing the proper legwork first.

»There comes a point when you realise that you have to follow your own path and instinct instead of following everyone else. You need your own course of action and you need to follow it.«

The hype surrounding the stem cell field was not just a detriment to the research. It has also had serious consequences for patients.

In 2015, an Italian man was sentenced to 22 months in prison for subjecting hundreds of patients to a stem cell treatment, the effects of which had not been thoroughly documented. Instead of serving his time, he made a plea bargain which prohibited him from offering any further treatment. He ignored this and continued his practice and was subsequently sent to prison.

In Denmark, it’s a rare sight that most of the research funding comes from the private sector. I would have preferred the research to be tax funded.

That is just one of many examples of »frivolous people« who have promised miracle cures based on stem cells, says Henrik Semb.

In his inbox, he receives emails from parents with very sick children asking him to advise them on stem cell treatments devised abroad.

»I tell them that they have to make sure that there’s scientific evidence backing up the claims these practitioners are making about their treatment plans. Whether or not they have data to back up those claims. If there is no evidence available, I recommend that they not run the risk,« he says.

»But it’s a very difficult situation and in the end it’s their decision to make.«

On the other hand, stem cells have also produced what we used to deem miracles. For instance, a team of researchers lead by Michele De Luca have succeeded in recreating large parts of the skin on a seven-year-old boy who was suffering from a genetic skin disease. Had the treatment failed, the boy would not have been alive today.

De Luca managed to correct the mutation causing the disease and used the ‘healthy’ skin stem cells to recreate the boy’s skin.

Henrik Semb is working on a different type of stem cells, ones harvested from embryos that have the ability to transform into any given cell type. As of yet, they are not part of any registered treatment plan.

According to the researcher, the new stem cell research is worth the effort. It just takes a lot longer to conduct than what most people are willing to accept.

If we take the academic approach, people say it’s taking too long, but in the long run I think we’re saving time.

»Politicians and universities have to understand that there’s still a need for basic research. You can’t just say: ‘Okay, done. Now we start treating illnesses.’ It doesn’t work like that.«

Is there still too much emphasis on the end product? A product that can cure millions of patients?

»The whole idea behind the EU programme is to look into what cell products work best in patients with type 1 diabetes. The results from our experiments will give us new insights that can point us in the right direction. That’s how you systematically work your way to a product that can help a lot of patients.«

That is also why he believes it is preferable to be funded by the state and tax kroner as opposed to the private sector. Eager investors waiting on the side-lines rarely have the patience required, and will demand results that yield black figures on the bottom line.

Not to mention the issue of transparency which is of the utmost importance when it comes to state funded research but clashes with the need for maintaining business secrets in the private sector.

Not everyone has accepted the fact that stem cell research relies on the use of fertilised eggs and for this reason some countries have imposed strict limitations on research in the field.

According to Danish legislation, a fertilised egg may be kept alive outside of the womb for a total of 14 days. Stem cell researchers also only use surplus embryos from fertility treatments, and only when the couple, subject to said treatment, has consented.

But what about the centre Henrik Semb is head of?

»So far, the Novo Nordisk Foundation has donated the funds to the university, and we can spend the money however we want, but there is an expectation to see a payoff at some point. Is that understandable? Yes. Is it a good thing? I think we can accommodate both sets of interests without compromising the basic research,« says Henrik Semb.

»But it’s a legitimate question. In five to ten years, we will see how things went. In Denmark, it’s a rare sight that most of the research funding comes from the private sector. I would have preferred the research to be tax funded.«

When asked why he chose to work in the field of stem cell research, Henrik Semb answers that he wanted to understand the most fundamental processes in the human body and help patients. According to him, this requires the research to take the patients’ needs as a starting point.

So, when will patients benefit from the research? It is a question he says everyone asks him, and he cannot say for sure.

But he does insist that the work he will be doing in the new EU project is the quickest way to a breakthrough.

»If we take the academic approach, people say it’s taking too long, but this programme is full of dedicated researchers who are experts on a variety of fields and know what to do in different situations. In the long run, I think we’re saving time.«