Two students are turning your bad habits into brisk business 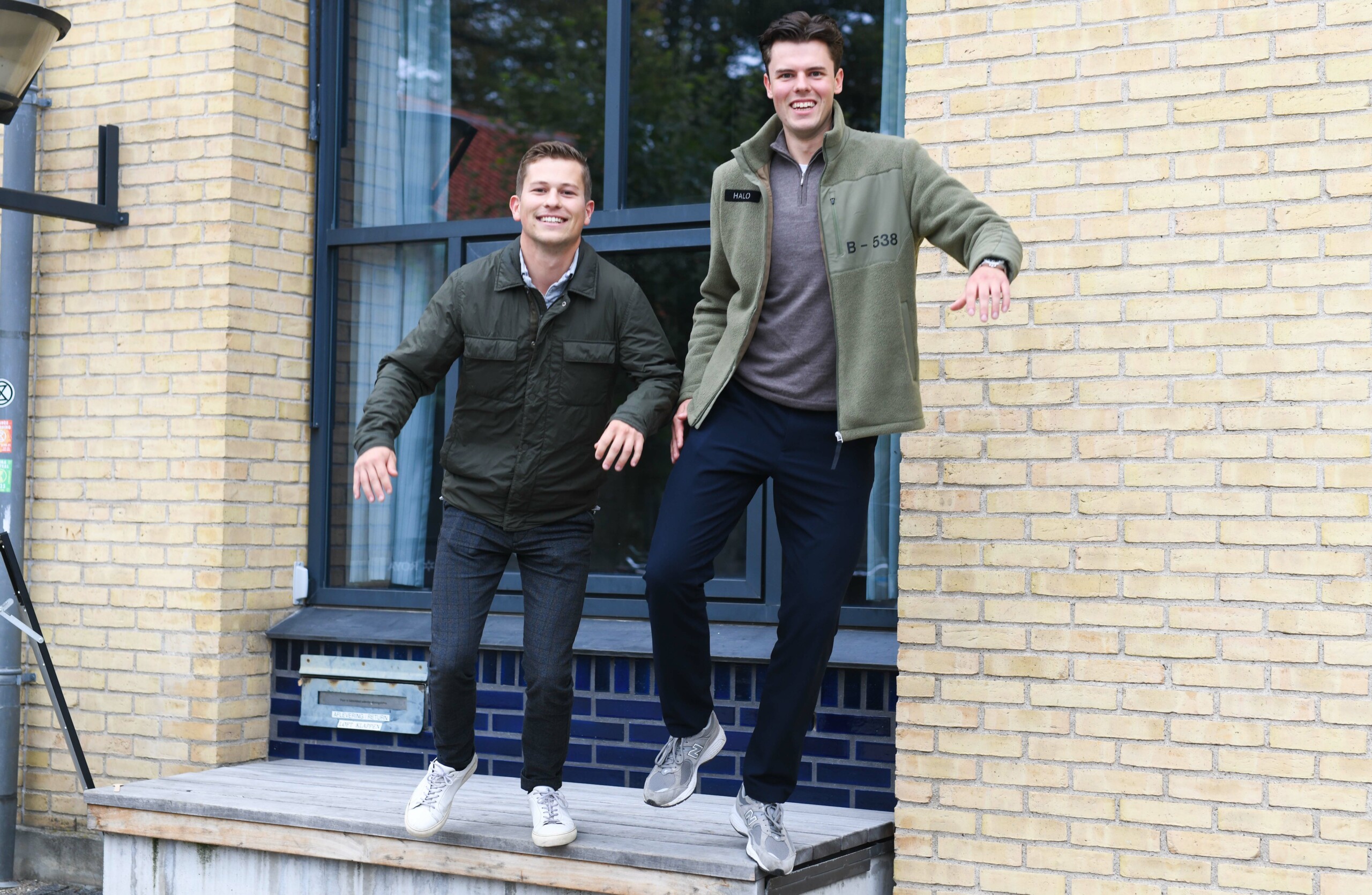 Innovation — Two students of agroeconomics on Frederiksberg Campus at the University of Copenhagen have a company that runs two snack machines and a coffee vending machine for when the canteens are closed.

Most canteens at the University of Copenhagen are typically closed for several hours before your books have been closed and the lights turned off in the reading rooms. You have no place to go if you are hungry or thirsty.

Mathias Sixten and Casper Ladefoged experienced this themselves, time and again. They had, they said, just felt like »a sugar soda and a kick,« when they studied late in the evening or early in the morning on Frederiksberg Campus, where they study agricultural economics.

They could get neither.

So they decided to do something about it.

Two years ago, they invested DKK 25,000 each in a coffee vending machine, a snack vending machine, and a company account in the bank. That’s how they started their small company on Frederiksberg Campus, which nowadays has one more vending machine at the Faculty of Social Sciences Library in Gothersgade.

»It is just supply and demand, and all that«

»They say all the best ideas come from discovering a need that you have yourself,« says Mathias Sixten. »And this is not rocket science. We put stuff in vending machines, people buy them. »It is just supply and demand.«

They only spend a couple of hours each week running the vending machines, and can therefore easily find time for it next to their studies and jobs. Most of this time is spent going to the supermarket and filling their shopping basket with items on offer, which they then resell. 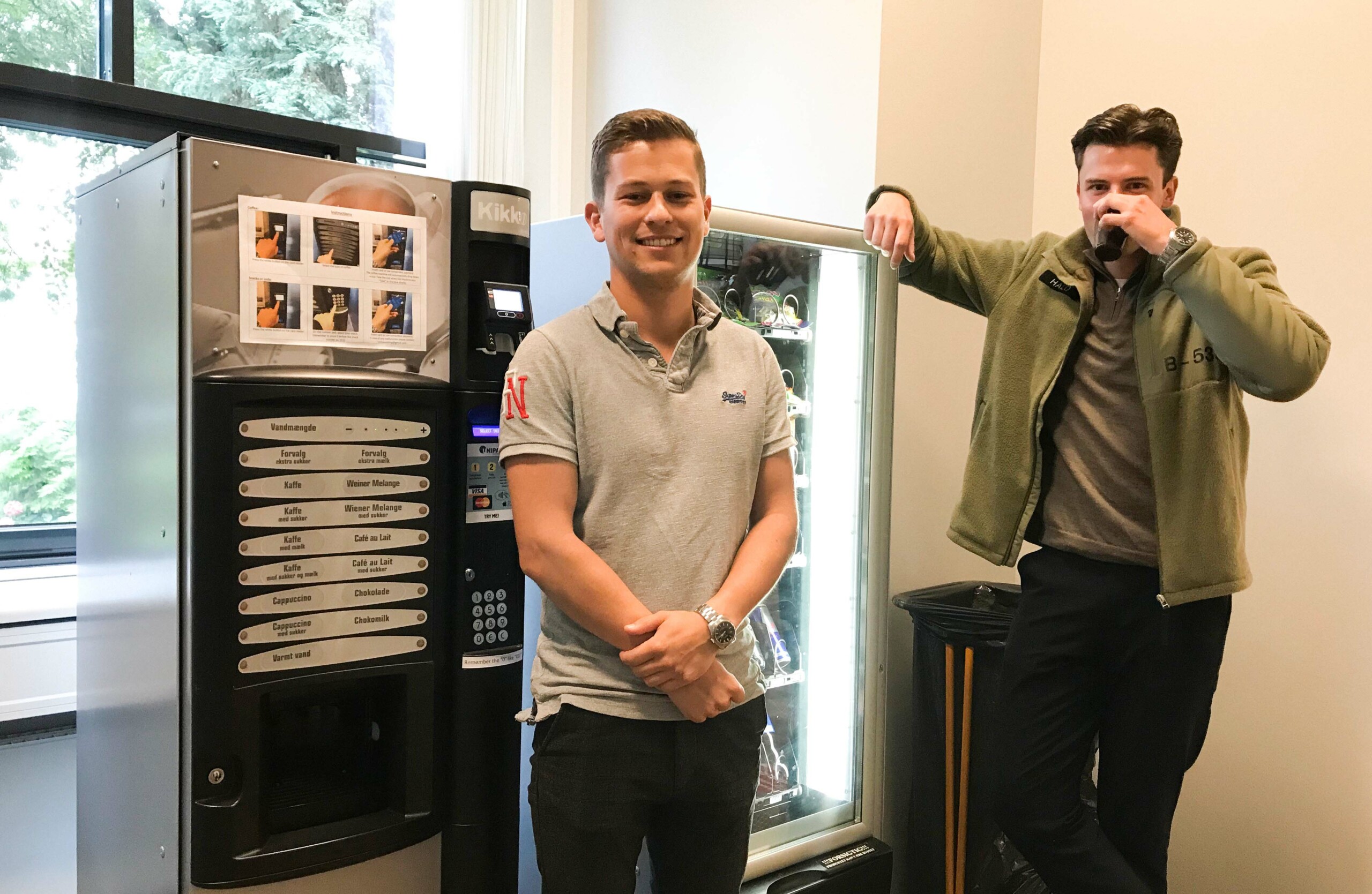 »You have to find your edge,« says Casper Ladefoged (left) about running a business.
image: Anna Trads Viemose

Mathias Sixten and Casper Ladefoged found out that running a company is a bit more than just buying and selling.

There are accounts, VAT, and taxes that need to be sorted out – and a bit of networking. This includes the handyman at the library (who likes to talk about US politics) and the university’s administrative staff (who prefer Holly bars in the machine).

»We learn a lot about running a company on a very small scale,« says Mathias Sixten.

»You just got to take the jump,« Casper Ladefoged adds. »You have to find your edge. Consider where you have an advantage, and use it. We could exploit, for example, that we were students ourselves. If you are, and want to be an entrepreneur, you might consider whether there is something else you can do to contribute to the study environment on campus.«

It is not just the altruistic motive of slaking the coffee craving of their fellow students that motivates the duo. If this was the case, they could just set up a volunteer student café, just like it has been done elsewhere at this university. Casper Ladefoged and Mathias Sixten have chosen to start a business because they wanted to try their hand at it.

»And we only had to buy the machines ourselves,« says Casper Ladefoged. »It is something completely different if you, for example, have to have rooms made available to you by the university. We put our own money into it.«

»Yes, we ran a risk in starting the company,« says Mathias Sixten, adding that they set their prices low. One cup of coffee costs DKK 8 – »and it is made from freshly ground beans. It’s not just a cup of lousy Nescafé.«

They reckon that they sell 10-15 cups of coffee a day plus sodas and snacks, which include Ritter Sport and the Holly bars. This results in a DKK 8,000 per month turnover (minus the months when the university is closed).

As a bonus, they have been given an insight into students’ snack habits. Their customers sometimes ask for healthier snacks in the vending machines, but they always end up running up to the expiry date, while the Snickers bars get torn away, says Casper Ladefoged.

»People have much less healthy eating habits than they themselves would admit.«

And you can make money off it.