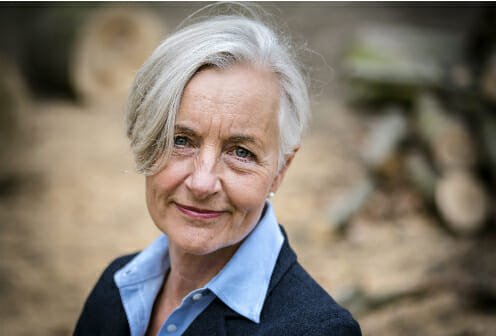 Dr Tybjærg-Hansen, a professor with the Department of Clinical Medicine, who also serves as a consulting physician at Copenhagen’s Rigshospital, and Professor Kristian Helin, former head of the Biotech Research and Innovation Centre (BRIC), have been named as recipients of this year’s Kirsten and Freddy Johansen Foundation Prizes in recognition of their career research achievements.

During their careers, both have obtained international recognition within their respective disciplines. They have headed major, widely cited, research projects, according to a statement from the Faculty of Health and Medical Sciences.

The annual KFJ Prize is awarded to research within the health and medical sciences, among others. Tybjærg-Hansen has been recognised for her clinical research, Helin for pre-clinical research. Both received 1.5 million kroner in prize money.

The importance of genetics on illness

As a scientist, Tybjærg-Hansen has always been interested in how genetics affects rates of common illnesses. Her research has focused on the importance of genetics to atherosclerosis, cholesterol and cardiovascular disease, among others. In 2017, her work ranked in the top 1% of frequently cited research within her field.

I am a clinician by heart

She was the first to describe a unique form of hereditary elevated cholesterol, and she has helped detect a special genetic variant that reduces their risk of atherosclerosis by half in those who carry it. The find led to the development of a medicine that lowers the level of fat in the blood.

In the 1990s, Tybjærg-Hansen headed the launch of the genetic part of a major population survey conducted in the Østerbro district of Copenhagen. The biobank proved itself vital for learning more about the causes of atherosclerosis. Later she helped launch the Herlev-Østerbro survey, which currently includes more than 120,000 participants.

“I have been driven by my interest in addressing specific clinical issues. And of course, I am a clinician ‘by heart’ and very interested in research. That is one of the reasons why receiving this prize in recognition of my work is so important to me,” she said in a statement.

Helin has racked up a long list of accomplishments since completing a stay as a postdoc at Harvard Medical School in the 1990s.

“It was crucial. I managed to identify a factor that was very important to our understanding of how cell growth is regulated. It has also been important to my own research during following 10 years and more or less meant that I could freely choose my career path,” he said in a statement.

Research is not uncomplicated

During the ensuing three decades, including 15 as the head of Bric, Helin was responsible for a number of ground-breaking finds. He also helped start a biotech company. While at the University of Copenhagen his research dealt primarily with epigenetics and cancer.

“Research is not uncomplicated. One of the greatest forms of recognition you can get as a researcher is probably when your work is acknowledged for the difference it has made,” Helin said.

Helin will soon be moving some of his research activities to the Memorial Sloan Kettering Cancer Center in New York. He will continue to hold a professorship with the University of Copenhagen.

The KFJ Prizes were presented on 19 June at the Ceremonial Hall.