UCPH may have to give up Niels Bohr Building after delays 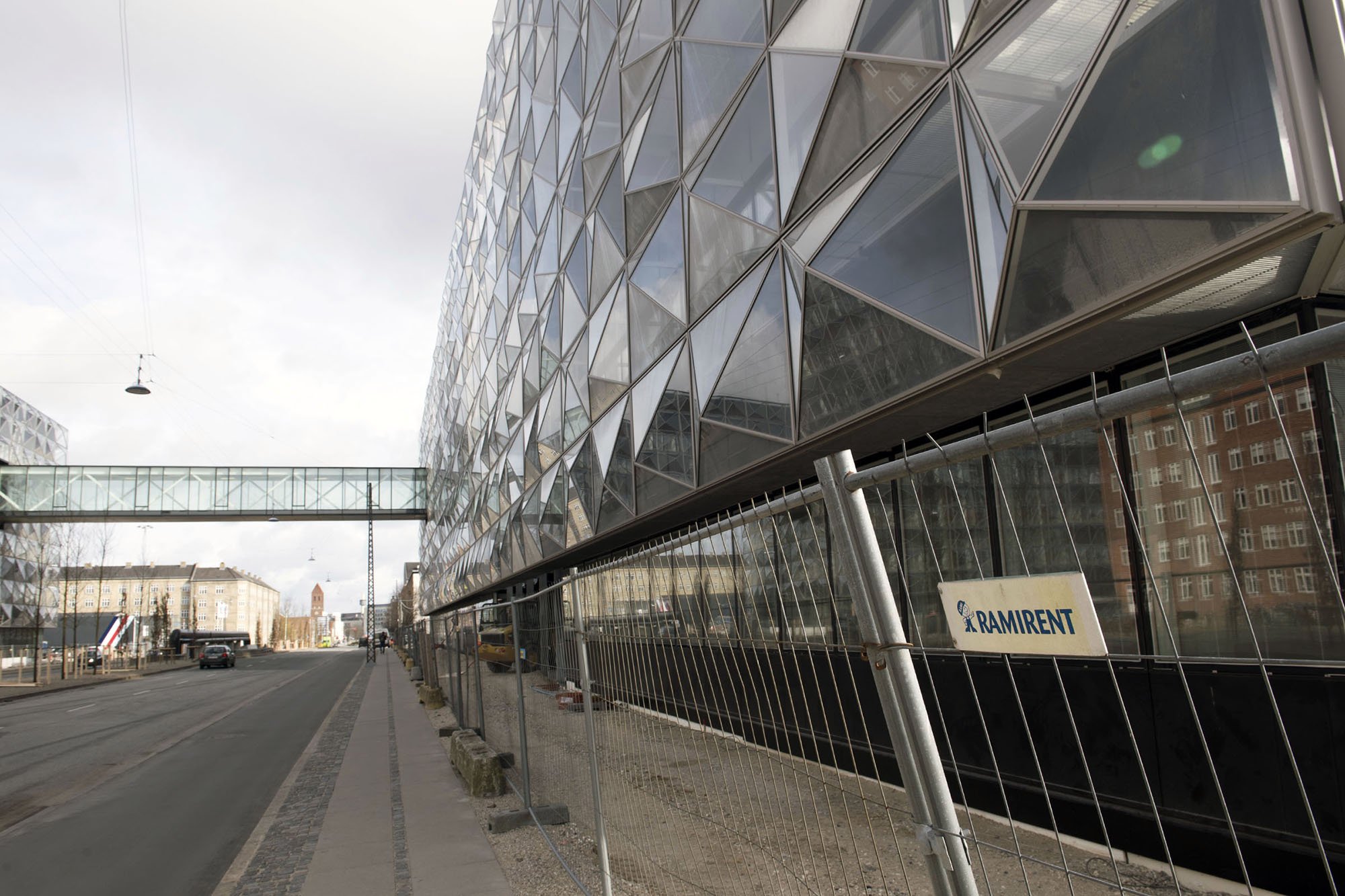 Dismantling - There is no construction work going on at the Niels Bohr Building at the moment. Instead, craftsmen are in the process of dismantling the defective parts of it.
image: Anders Fjeldberg

Billion kroner building — First, the new Niels Bohr Building should have been completed in 2016, then in 2017, then in 2018. At present, the Danish Building and Property Agency cannot say when the construction will be ready, or how expensive it will be. The University of Copenhagen might refuse to take over the buildings.

I don’t think anything new came out of the meeting, and we at UCPH are concerned about that parameter called time. Because at the moment it is a construction that is actually being ‘built backwards’

This he says after attending a steering committee meeting with the building and property agency on Monday 28th August.

In March 2017, the University Post covered how the construction had already been delayed by a year because the Spanish contractor, Inabensa, had been terminated by the Building and Property Agency. They had found serious errors in the installations which Inabensa was responsible for, and which Inabensa had already installed.

Read: Large prestige building at the University of Copenhagen delayed for at least one year

It is the Building and Property Agency which is responsible for the construction of the Niels Bohr Building, which originally After the delay, the new deadline was 2017/18, but this expectation was not fulfilled either.

“We may have believed at UCPH at one point that this was possible, but when you have to remove installations in the Niels Bohr Building to this extent after the Inabenas work was rejected, then this is not likely,” says Anders Boe Hauggaard.

According to Anders Boe Hauggaard, the Building and Property Agency could not present a new date for completion at the meeting on Monday, but stated instead that a new schedule would soon be announced. The Agency will not comment on the meeting to the University Post, but refers instead to a press release of 18th April 2017 stating that two other contractors have taken over the tasks of Inabena, and that the construction at the time of the press release is expected to be completed on an unspecified date in 2018.

The natural sciences may never move in

The question of additional costs which UCPH will end up paying for the finished Niels Bohr Building also remains unresolved. These costs will increase as a result of the many errors and delays.

“We only know that the number is getting big, but I cannot make an estimate, because there are too many uncertainties when a construction project like this has really started to go awry,” says Anders Boe Hauggaard.

He also states that if the additional costs are reflected in the rent that the university has to pay government, this may affect whether the University of Copenhagen can afford to move into all or parts of the building.

If so, the Danish government will have to find another use for the billion-kroner construction.

Completion of the construction process is not UCPH responsibility, and UCPH management has limited insight into the process.

“I don’t think anything new came out of the meeting, and we at UCPH are concerned about that parameter called time. Because at the moment it is a construction that is actually being ‘built backwards’. The installations that were set up by Inabensa are currently being removed and we are waiting for the schedule,” says Anders Boe Hauggaard.

He says he expects and hopes that the next steering committee meeting with the Building and Property Agency will bring more clarity, but before this several things have to take place.

“There is an investigation, and at some point, the Danish Building and Property Agency must present a which will have to be approved by the parliamentary finance committee,” says Anders Boe Hauggaard.