University of Copenhagen »not protecting students from unfair grading« 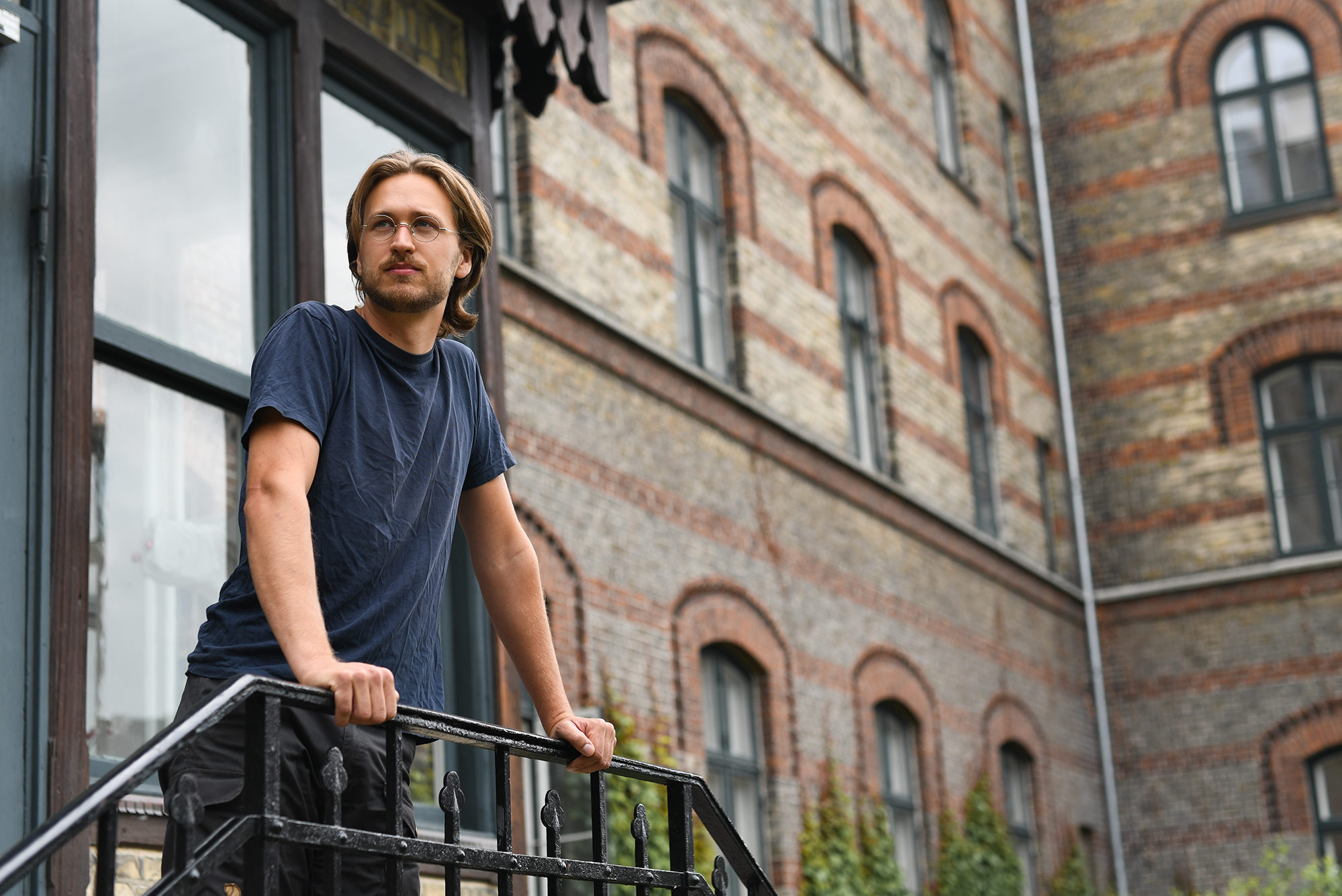 Economics student Martin Nørgaard Petersen has complained about an exam result twice. Both complaints were rejected by the faculty, but one of his complaints was later upheld on appeal.
image: Rasmus Friis/Uniavisen

When students complain about an exam grade, the faculty does not assess the grade academically, but bases its decision on the examiner’s own statements. An economics student compares it to getting a second opinion from the same doctor who you suspect has given you the wrong diagnosis.

Some of Martin Nørgaard Petersen’s fellow students have asked him whether it is not time for him to just shrug his shoulders and move on. After all, he has only had a couple of grades that he did not find reasonable, and one subject at too basic a level, he reckons. Life goes on.

But the economics student has spent hours on end objecting to the two grades, to an instructor’s academic level, and to the complaints not being »taken seriously«.

It’s not actually about the grades at all, he says. It has become a matter of principle.

The problem is this:

When Martin Nørgaard Petersen – or any other student – gives in a complaint about an exam result, the complaint is not assessed by another, impartial, academic in the field. It is returned to the original examiner, who has to look at the complaint and either resolve it in the student’s favour, or reject it with an academic justification.

Case officers in the administration may intervene in the case of legal issues (have the rules in the the curriculum and the exam circulars, say, been followed?). But they are not qualified to assess academic content, and they therefore base a decision on the examiner’s statements.

»This is the equivalent of you being given a wrong diagnosis by a doctor, and then you are only allowed to go to the same doctor for a second opinion.«

Just an option for the examiners

Martin Nørgaard Petersen believes that the handling of the complaints is in contravention of the wording of the law.

In 2010, the Danish ministry’s administrative order was amended so that decision-making authority in complaints was moved from the examiners to the university.

»The university makes a decision … based on the assessors’ opinion and the complainant’s comments on the opinion,« it states in paragraph 35.

They just rubber stamp the handling of complaints.

But in the memo that the Faculty of Social Sciences sent to Martin Nørgaard Petersen where they rejected his latest complaint, it states that »the faculty does not have the academic competence to make a decision on the academic assessment«.

And the memo continues:

»The Faculty therefore has to rely on the academic knowledge and expertise of the examiners. This should be seen in the light of the fact that the purpose of this exercise is primarily to give the examiners the opportunity – on the basis of the appeal – to re-evaluate their assessment.«

Only if the student chooses to appeal the complaint will the assessment be subjected to an academic assessment by others than the examiner. More specifically, a board of appeals consisting of two external examiners, an instructor, and a student within the subject area.

Martin Nørgaard Petersen has appealed the two decisions concerning his exam grades. In one of the cases, his complaint was upheld.

Makes a mockery of the students

According to the economics student, the faculty’s memo illustrates the problem perfectly. The university obtains statements from both the student and the examiner, but they refuse as a starting point, to hold their statements up against each other. They just choose to follow the examiner’s recommendation.

Or, as he puts it: »They just rubber stamp the handling of complaints.«

»This is really making a mockery of students when they write that they cannot consider any academic questions. They are not protecting students from unfair grades,« he says.

»You do not have to have been a student for long to know that the majority of disagreements are academic. What we are dealing with is wall-to-wall academic. So it seems absurd.«

Almost all students have tried to be unhappy with a grade. Most of them say: Oh yes, well, never mind. Why don’t you just move on? 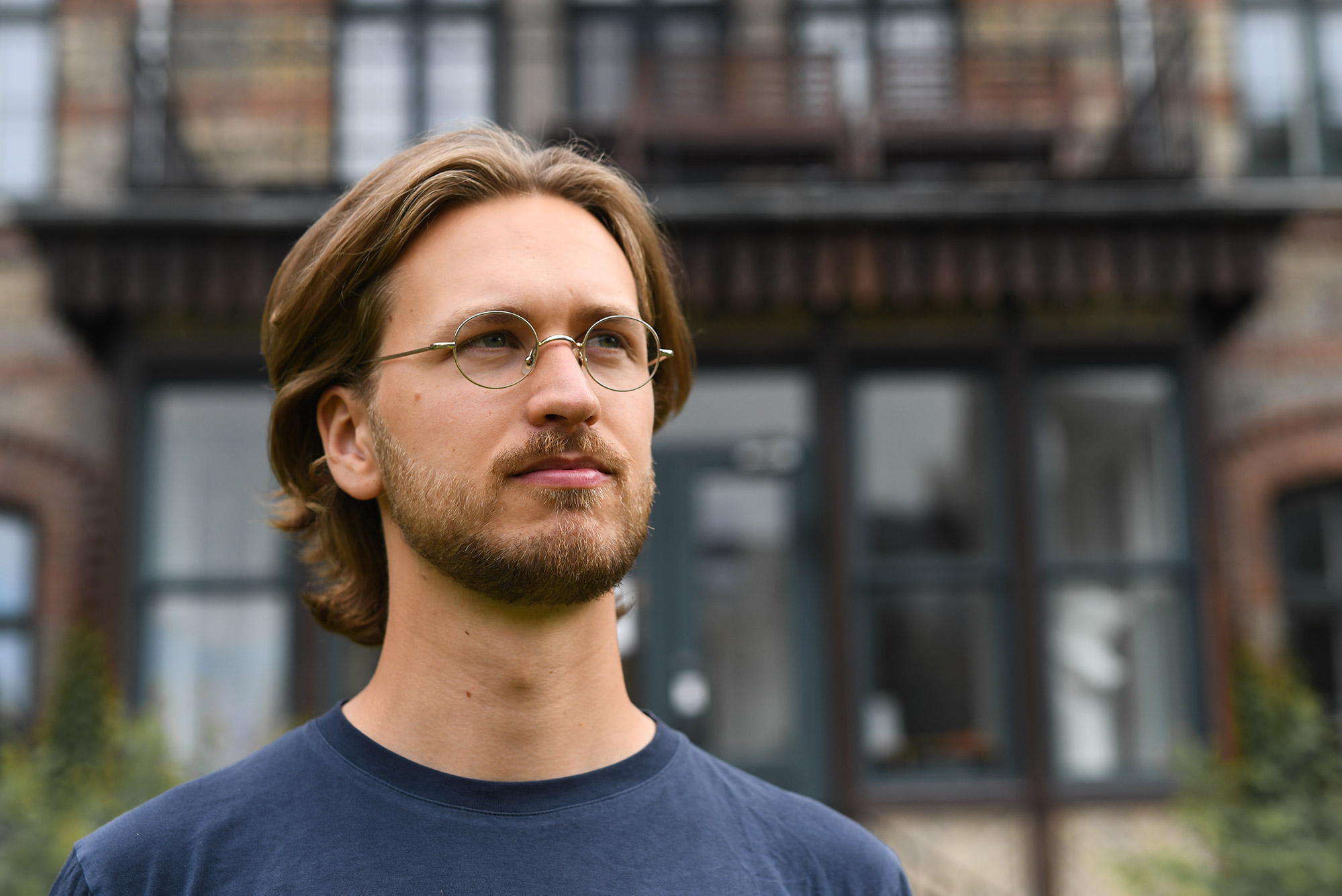 According to Martin Nørgaard Petersen, the administration should not be an intermediary in appeals. Instead, an impartial instructor or researcher should assess the cases from the outset, just like it already happens in the cases where the decisions are appealed.

Would it not be too demanding of the university’s resources to get other researchers to assess complaints right away?

»I think you have to use these resources. Because we students are interested in the stuff, and we want to be taken seriously,« he says.

»I’m also not sure that this is so straightforward. As it is right now, there is a study programme administration that has to process the complaint and send the documents on to the instructor, who then has to make a statement. It then has to be forwarded to the student, who has to make a response, and this has to be sent back to the instructor. Why this go-between? Is this really an efficient use of resources?«

The Danish Agency for Higher Education and Science will not comment on specific cases or the memo from the University of Copenhagen.

But the agency states that the university must consider the complaint in both academic and legal terms and make a decision based on the parties’ statements. It is not expected, however, that the administration should be able to assess complex academic issues on anything ranging from physics to archaeology. They need to ensure that the complaints process has followed the compulsory steps, and that the examiner’s statement actually contains a valid reason for the grade and does not just reject the complaint without further consideration.

This is not just the case for the Faculty of Social Sciences, but for the entire University of Copenhagen, says Vice-Provost for Education Rie Snekkerup.

»And this is a good procedure,« she says.

It does happen that a student’s appeal is upheld.

»I wouldn’t say that. The examiners assess the academic issues, and if the complaint concerns formal rules for teaching or for the exam, then it is the administration that has the biggest responsibility,« says Rie Snekkerup, and adds that the administration ensures that the examiner’s response contains a real academic justification and not just a simple rejection.

The faculty writes however that, as a general rule, you follow the examiner’s academic justification, and that the purpose is to give the examiners a chance to reassess their assessment. I can’t square this with the university’s decision-making power?

»I still think the university is doing it, since we take an academic, administrative and legal perspective on the case.«

»It is the examiners who can relate to the academic issues, while the administration, including the lawyers, can relate to whether the formal rules have been complied with. It also happens that a student’s appeal is upheld because the examiners can see their points and arguments.«

She rejects the idea that it is a good solution to allow an impartial researcher or instructor to deal with the case in the first instance:

»There are some factors that other academic assessors would find difficult. The most obvious example is if the disagreement arose at an oral exam, where only the examiners and the student were present,« says Rie Snekkerup.

The student says that it is like going to a doctor and getting a diagnosis that you think is wrong, and then getting a second opinion from the same doctor. This is absurd, he says. You see what he means?

»No, not quite. If I went to my doctor with pain in my shoulder, and he said that there was nothing wrong with me, I would – if the pain continued and started to move up my neck – go back to him to ask for a new assessment. If he said the same thing again, I would go to a new doctor.«

»You have the opportunity to appeal the decision in an examination complaint in the same way«.