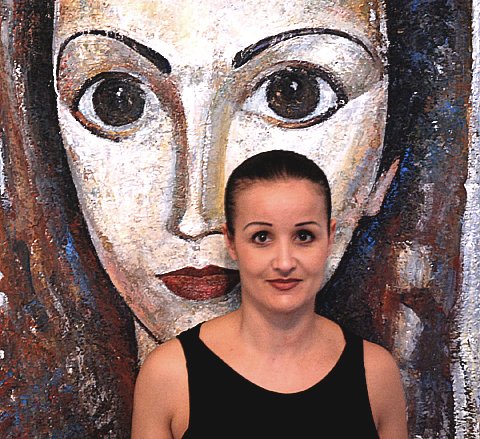 Milena Penkowa (photographed here in her home in connection with an interview years ago) accuses UCPH of harassment, abuse of power and arrogance on Facebook
image: Christoffer Zieler

Research scandal — The Academic Council of the Faculty of Health and Medical Sciences at the University of Copenhagen (UCPH) has deprived neuroscientist Milena Penkowa of her doctorate in medicine. Penkowa writes on Facebook that she will fight to keep her degree and that she will take UCPH to court.

Milena Penkowa can no longer call herself a of Medicine from the University of Copenhagen.

This is what the Academic Council at the Faculty of Health and Medical Sciences at the University of Copenhagen has now decided one year after a national ruled that Penkowa had on alleged animal trials when she made the first edition of her doctoral dissertation.

The UCPH argument for depriving Milena Penkowa of the highest Danish academic degree is that if the Faculty of Health and Medical Sciences had known what Penkowa had done, the university would have refused to process her second doctoral dissertation from which Milena Penkowa received her doctorate degree. This is according to the university’s brief press release on the decision.

It is very rare that a scientist loses an acquired doctor’s degree.

Milena Penkowa has commented on losing her doctorate on a Facebook post. Here she says the UCPH behaviour amounts to harassment. She also writes that the university lacks the legal evidence needed to take away her doctor title:

»As you know, the University of Copenhagen has had me on the top of its hate list since 2010, and the university’s public-funded treasury is apparently infinite in light of what they want to spend on harassing me,« writes Penkowa. She continues:

»This hatred has not diminished over the years – in fact quite the opposite ever since they suffered defeat in the Eastern High Court last year. The latest is that the university has now decided to revoke one of my doctoral degrees – despite the fact that the law clearly indicates that they are not in the right.«

Milena Penkowa also announces on Facebook that she wants to bring her old university to court:

»The university nevertheless chooses to conduct this vindictive action – at whatever cost. This means that we will fight it in the courts again – as I will not want accept the arrogance of power or the abuse of power – as this is what it is.«

The case may turn out to be less than simple from a legal viewpoint.

Penkowa’s first doctoral dissertation was rejected in 2002 because a panel of scientific referees (rightly) doubted the validity of many hundreds of rat experiments, that she claimed to have made. A second panel overturned this decision, and Penkowa was allowed to re-submit her thesis. She chose, however, to submit a different thesis that did not contain the article on the many rat experiments, earning her (in 2006) the doctorate degree which has now been revoked.

University management had no comment Tuesday on the possibility of having to meet Milena Penkowa in court.