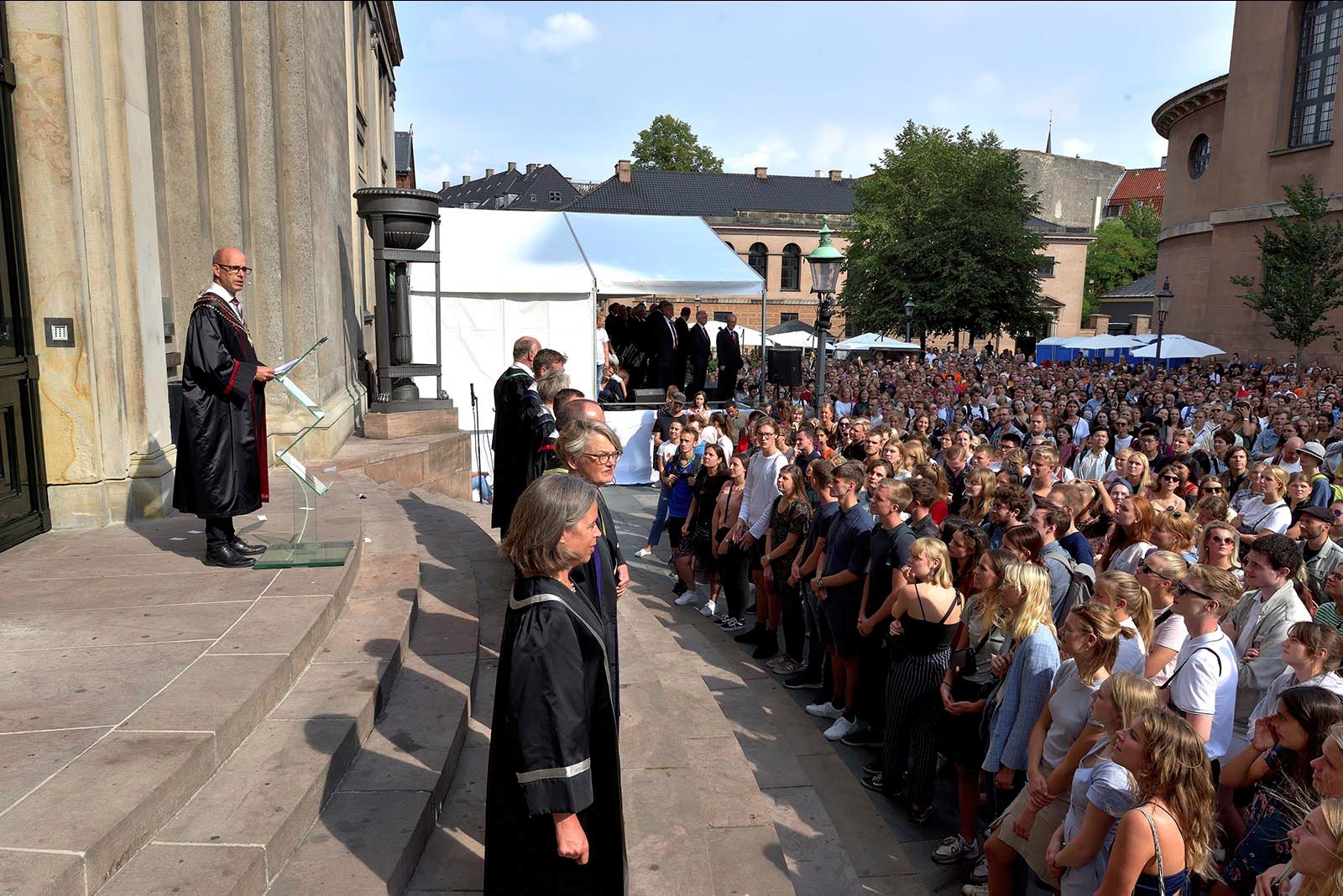 From the 2019 (pre-corona) Matriculation Ceremony at the University of Copenhagen
image: Anders Fjeldberg

Denmark’s staid old university is all bubbly on the 2021 Times Higher Education (THE) World University Ranking: It now ranks 84th, up 17 spots over last year, and thereby almost back to the same level as before the 2016 funding cuts and staff layoffs.

The other large Danish institution, Aarhus University, ranks at 106 on the 2021 tables, up nine spots over last year, while the Technical University of Denmark (DTU) is at 187, slips three places.

Anglo-American institutions dominate the top spots on the THE tables and this year is no exception. But there are 16 Asian universities in the top 100, the highest total for Asia since the rankings began. According to Phil Baty, Chief Knowledge Officer at THE, the new ranking provides evidence of a shift in the global knowledge economy from the established higher education systems in the west to those in parts of the east.

UCPH IN THE RANKINGS

»This trend is likely to accelerate further as the coronavirus pandemic heralds a perfect storm of huge challenges for primarily western universities, particularly those in the US and UK, who face the very real risk of losing significant  international student talent, and the billions of dollars in fees that they bring. In the longer term, possibly permanent shifts in the global flow of academic talent that has traditionally fuelled the elite institutions of the US and UK could create real challenges,« says Phil Baty.

While the UK’s University of Oxford can claim top spot for the 5th consecutive year, the US domination of the top 10 masks a wider decline, according to THE.

Mainland China’s Tsinghua University is the first Asian university to break into the top 20 since Times’ methodology was rejigged back in 2011.

»While the universities at the very top of the table, with long histories of success and prestige, will prove hard to unseat, these factors, combined with the effects of a possible deep and long-lasting global recession and its likely impact on university funding levels, could herald the start a dramatic re-balancing of the global knowledge economy,« says Phil Baty. 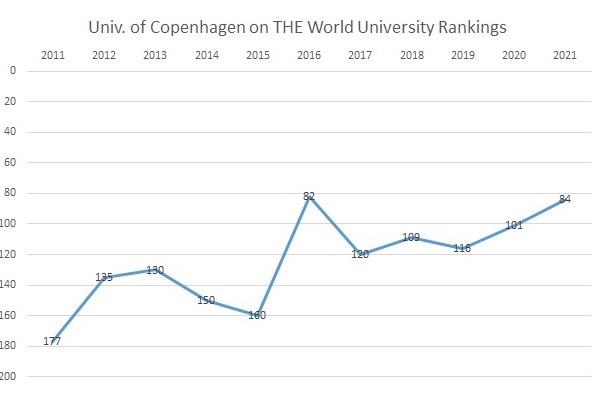 The University of Copenhagen on the Times Higher Education World University Ranking from 2011-2021.
image: Mike Young

The top five spots on the 2021 ranking are taken by the University of Oxford in the UK, followed by Stanford, Harvard, California Institute of Technology and Massachusetts Insitute of Technology, all from the US.

Switzerland’s ETH Zurich is the highest-ranked university outside the UK and US with 14th place.

The Times Higher Education (THE) World University Ranking is one of four rankings that the University of Copenhagen uses as a benchmark (see its placings on the other rankings in the fact box upper right). The THE looks at a number of different criteria that include teaching, research, number of citations, international outlook, and cooperation with companies.

The THE, in particular, has been a dizzy rollercoaster ride, with the University of Copenhagen gyrating back and forth from 51st to 177th and back since 2010.

Like many universities, the University of Copenhagen is wary of communicating and strategizing on rankings, as the bounce back and forth makes it hard to maintain a consistent positive spin.

Last year however Rector Henrik Wegener said at a University Board meeting that UCPH »should try to do more to ensure that we at least get the placings that we deserve.«