One or more anonymous persons have allegedly attended instruction on the dentistry programme while infected with corona. They have threatened to show up to exams. The study programme’s management has informed the rest of the year cohort, but is still upholding exam schedules. 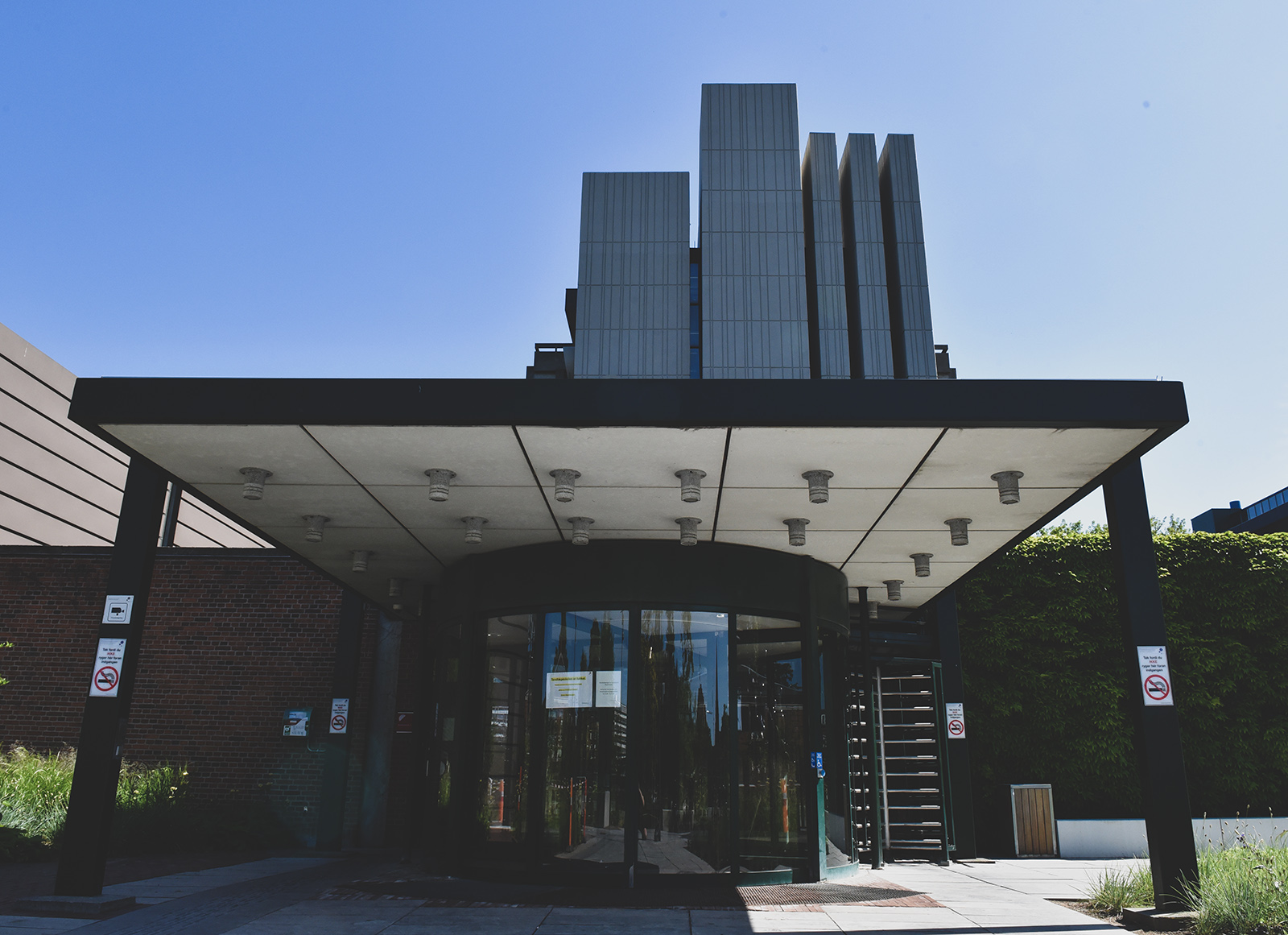 According to the Head of Department at Odontology, it is unlikely that there has been a spread of infection in the instruction that has already taken place within the last few weeks, even if the infected person has been on campus.
image: Rasmus Friis
by: Rasmus Friis
Journalist
by: Christoffer Zieler
Ansvarshavende redaktør (2019 - maj 2021)

An anonymous email is the cause of concern at the Faculty of Health and Medical Sciences at the University of Copenhagen (UCPH).

In the email, one or more unnamed people write that three students have attended classes in the subject ‘Development and structure of teeth’ at the Panum building while being infected with the coronavirus. They also write that they feel compelled to turn up for exams in the subject on 23 June and 30 June respectively at the Peter Bangs Vej building and at the Panum building and thereby expose others to infection.

The anonymous individuals who state that they are odontology (dentistry) students are dissatisfied with the fact that two exams moved from August to June need physical attendance. They do not want to lose an attempt at re-examination in August, and plan therefore to turn up even though they are infected with the coronavirus, they write. The anonymous individuals say they want the university to move the exam online.

The University Post has spoken on the phone with a person who states that he/she is a 2nd semester student and infected with the corona virus. Despite repeated attempts, it has not been possible to confirm the identity of the person. The same goes for the person/people who have written the email. In theory, it could be an individual who claims to represent a group, even though this article, for practical reasons, uses the wording ‘students’.

The University Post has asked, several times, for documentation that the anonymous mail authors are infected with corona, but this has also been without success.

According to the Department of Odontology management, it is unlikely that there has been contagion during the course instruction.

In a written comment, the head of department at Odontology Anne Garden Mose-Poulsen states that the hygiene at the instruction has been »significantly better than prescribed,« and that it is therefore »very unlikely that the teaching activity has constituted a risk of spreading the infection.«

Specifically, students have been divided into smaller groups, and they have had to disinfect their hands on arrival. During the teaching, where teeth have been passed around between students, they have worn disposable medical gloves, that have changed during the course of instruction, or if the students have touched themselves or others. Tables and chairs have been washed off between each class with a special cleaning cloth for usage in clinics, and the door handles to the room have been disinfected at class changes, the head of department states.

Student dissatisfaction over moving of exams

The threat of taking the exam despite being infected comes after several students in the second semester of odontology earlier expressed dissatisfaction with the moving forward of the exam in ‘Development and structure of teeth’. The subject has two exams, a written and an oral exam, originally scheduled for mid-June, but which, due to the coronavirus outbreak, were moved to August.

When oral exams were once again permitted at the university, the study board was granted an exemption to move the exams back to the June date, now at the end of the month. The written exam is now 23 June, while the oral exam is one week after, on 30 June.

The decision led to a complaint from the students on the year cohort, who argued that the moving forward of the exam puts the students under pressure, with the new dates colliding with personal plans.

Associate Dean Hans Henrik Saxild replied in writing that he understood the students’ frustrations, but that the move was necessary to ensure that as many students as possible could continue on the third semester after the summer holidays. This includes the fact that almost 40 per cent have failed an exam in the subject ‘Medical cell and tissue biology’, thereby having to re-exam in August. If the exams in the subject ‘Development and structure of teeth’ continued to be carried out in late summer, many of the students would have three exams in August.

A key detail here is that the students need to pass ‘Development and structure of teeth’ to continue on the next semester. An exam date in June would give students who fail the option of taking a re-exam in August, before the start of the new semester.

The faculty subsequently received the email from the anonymous students who allegedly attended classes while they had Covid-19. They do not call for the two exams to be kept in August, but that they should be conducted digitally. Nothing suggests that the first, rejected, complaint from students has anything to do with the subsequent anonymous approach from alleged students who threaten to take the exam despite being infected with corona.

After the anonymous message, head of studies Martin Stampe Noer has made the other students at Odontology aware of the situation. He did this in a message to the study programme, where he called the anonymous students’ behaviour »completely unacceptable«, and requesting that everyone help clarify which students they are.

The head of studies has also contacted the anonymous students directly with the same request via email.

No change for exam

Hans Henrik Saxild, Associate Dean for Education at the Faculty of Health and Medical Sciences, confirms that management has not identified the students. It is still, therefore, uncertain whether the anonymous students are speaking the truth when they say that there have been corona-infected people at the faculty’s instruction.

He says, however, that the faculty had »an obligation« to react to the anonymous approach and contact all those who – if they are telling the truth – may have been exposed to the infection.

I don’t get it. They are to work in the healthcare system. They must feel a deep responsibility, and know how to behave when there is contagion.

According to the associate dean, the faculty is planning on offering all students on the cohort an antibody test at the Rigshospitalet so they can see if they have been infected. It will be voluntary and can be done anonymously. Management, at the same time, encourages students to regularly take a corona test.

Just like the head of studies Saxild to »urgently« calls on the senders of the email to report back so that the faculty can decide who has been in contact with them and start the necessary contact tracing. Management has invited the anonymous persons to start a dialogue. Hans Henrik Saxild says that it is a shame that they have not been more cooperative until now.

»I don’t get it. They are to work in the healthcare system. They must feel a deep responsibility, and know how to behave when there is contagion.«

Before the exam on 23 June, management is to hold a large, online, guidance meeting where students can get answers to their questions. Hans Henrik Saxild rejects the idea of cancelling upcoming exams, no matter how the case turns out.

»The exam is fixed. If you are not sick you must show up, and if you are afraid of being infected, there is a reexamination in August. No one will be excluded or forced to endanger themselves.«

In emails sent to the University Post, the anonymous people who claim to be infected with corona state that they have been in contact with the Danish Health Authority and attach email correspondence with two named employees there. The Authority’s employees advise them, in these emails, to enter into a dialogue with the university and to comply with the guidelines that are designed to limit the spread of corona. But this does not seem to have stopped the anonymous students.

The Danish Health Authority states that it has no knowledge of whether the people who claim to be infected, really are infected.

The Danish Health Authority also states that it is not in dialogue with the University of Copenhagen about the case.