University of Southern Denmark to move into Law faculty buildings 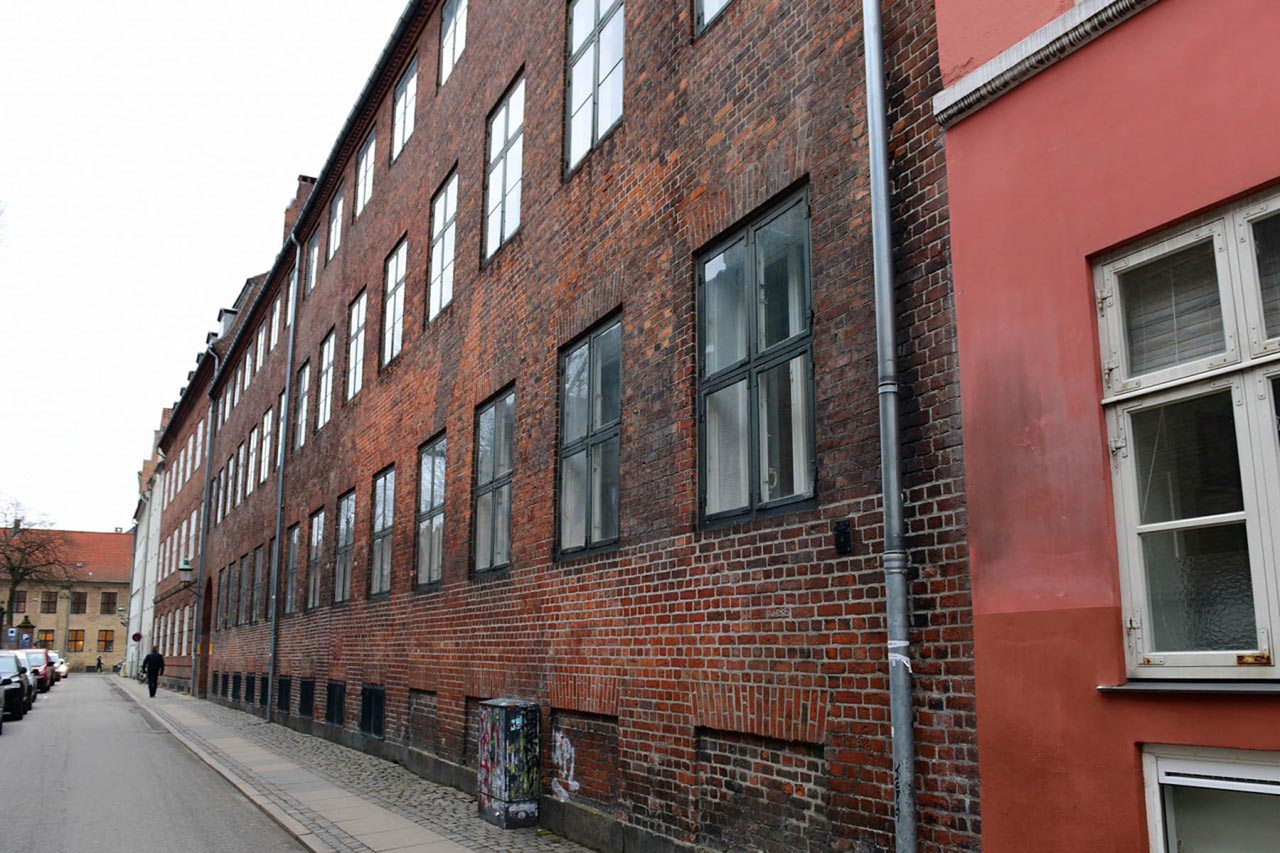 The studiegården buildings housed part of the Faculty of Law until the end of last year. Now the premises are being taken over by the University of Southern Denmark, which will be a neighbour to the University of Copenhagen's central administration in Nørregade 10, seen in the background.
image: Dennis Christiansen

The oldest of the four buildings which make up the Studiegården dates back to the 1760s. UCPH has used them for various purposes since the 1890s. H.C. Ørsted, one of the icons of the University of Copenhagen, had his official residence there.

It is the actual building named Studiegården, on Sankt Pederstræde 13-15, which SDU takes over, while the other buildings are sold off.

The association with UCPH stopped in January of this year, when the Faculty of Law moved from the so-called latin quarter in the inner city to new buildings on South Campus in Amager.

The move divided the staff and students of the Faculty of Law, where some have expressed nostalgia for the history and atmosphere of Studiestræde, while others prefer the new practical, minimalist and modern office buildings in the district of Amager.

Public health is moving in

It will be the approximately 100 employees of the National Institute of Public Health (SIF), which belong to the University of Southern Denmark, who will benefit from the historical buildings.

The SDU thereby gets hold of an address that is just one stone throw away from the Rector’s Office at the University of Copenhagen.

SIF was originally a government research institute, but it was merged with the University of Southern Denmark in 2007.

The studiegården is owned by the government Danish Building and Property Agency, which after the UCPH students and staff moved out has prepared the buildings for sale via Freja Ejendomme.

The sale has now been canceled, says Thomas Buchvald Vind, University Director at the University of Southern Denmark.

“We have leased the property with ten years’ termination through the building and property agency, and as we, as another government institution, are interested, the property will not be put up for sale,” says Thomas Buchvald Vind.

According to Karen Mosbech, managing director of Freja Ejendomme, it is the Studiegaarden building, Sankt Pederstræde 13-15, which SDU is leasing. 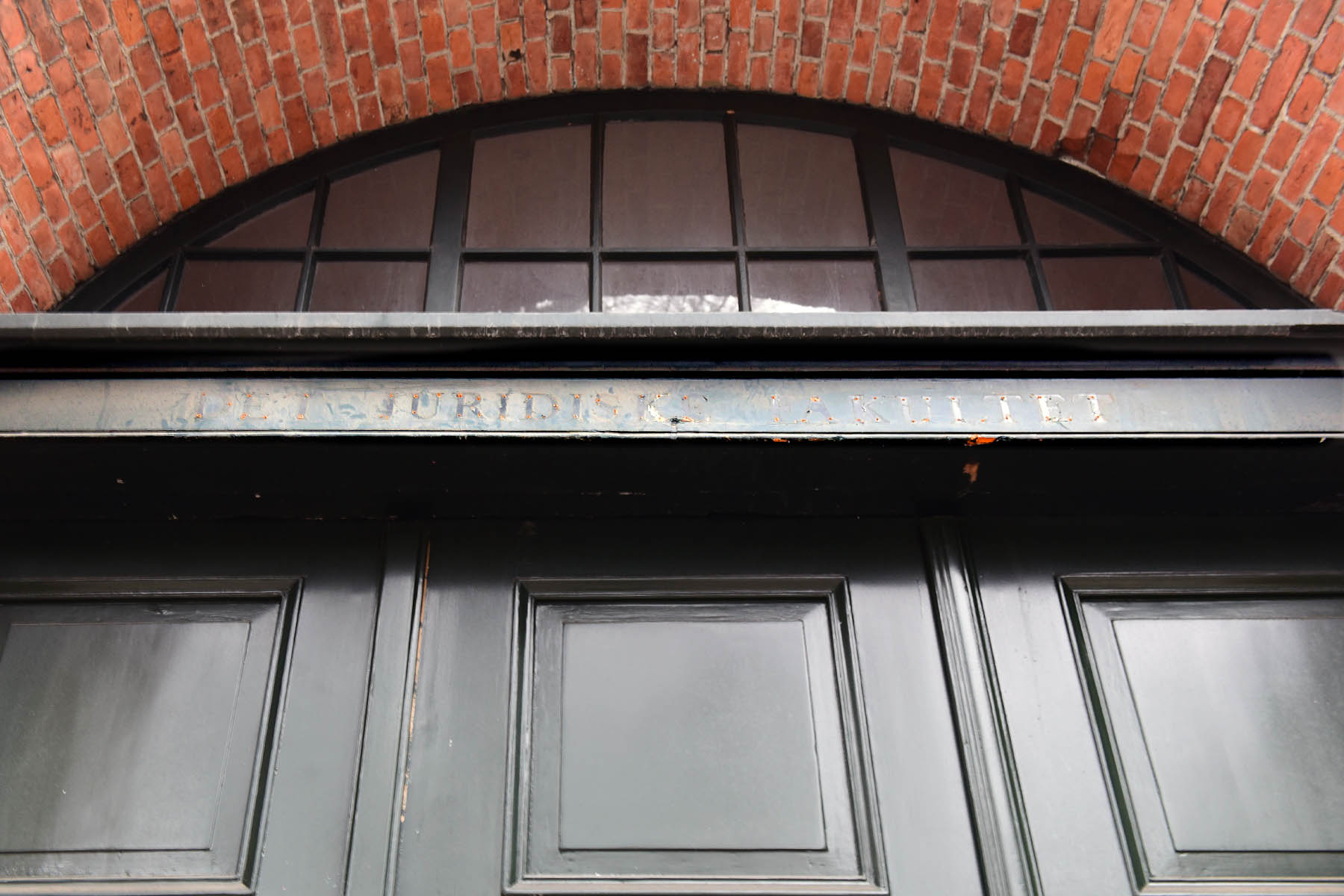 The outline of the Faculty of Law’s old sign can still be seen over the entrance to the Studiegaarden on Sankt Peders Stræde.
image: Dennis Christiansen

The addresses and Sankt Pederstræde 19, on the other hand, have been sold, and the Bispetorvet building has been provisionally sold with the deal not yet finalised. Freja does not name the buyer before an agreement has been reached, says Karen Mosbech.

The SDU’s National Institute of Public Health is currently located on UCPH’s CSS campus – the former municipal hospital – where the University of Copenhagen houses its Faculty of Social Sciences and a small part of its Faculty of Health Sciences.

According to Thomas Buchvald Vind, the University of Copenhagen has for a long time wanted to take over the premises used by SDU in the ‘kommunen’, as CSS is nicknamed.

“It is not as if we have this big desire to move, but for a long time we have been trying to find a solution that benefits UCPH. We have looked at premises in the Carlsberg City area, but when we got the opportunity to rent the Studiegaarden building, we made our move,” he says.

“For the conspiratorially inclined: The controversial decision to let the Faculty of Law move out of the historic buildings in the latin quarter was taken by the former dean Henrik Dam. He is currently a Rector at the University of Southern Denmark.”

Thomas Buchvald Vind laughs out loud when he is asked whether SDU has had a diabolical plan to take over the UCPH historical buildings.

“It’s a fun tale, but I strongly deny that Henrik Dam’s past at UCPH has played any role. I can reassure you that SDU is not slowly taking over UCPH territory in the capital city,” he laughs.

SDU is not the only other Danish university that is present in Copenhagen. Aalborg University has a department in the Sydhavn district, and Aarhus University has its DPU (Danish School of Education) in the Emdrup district.