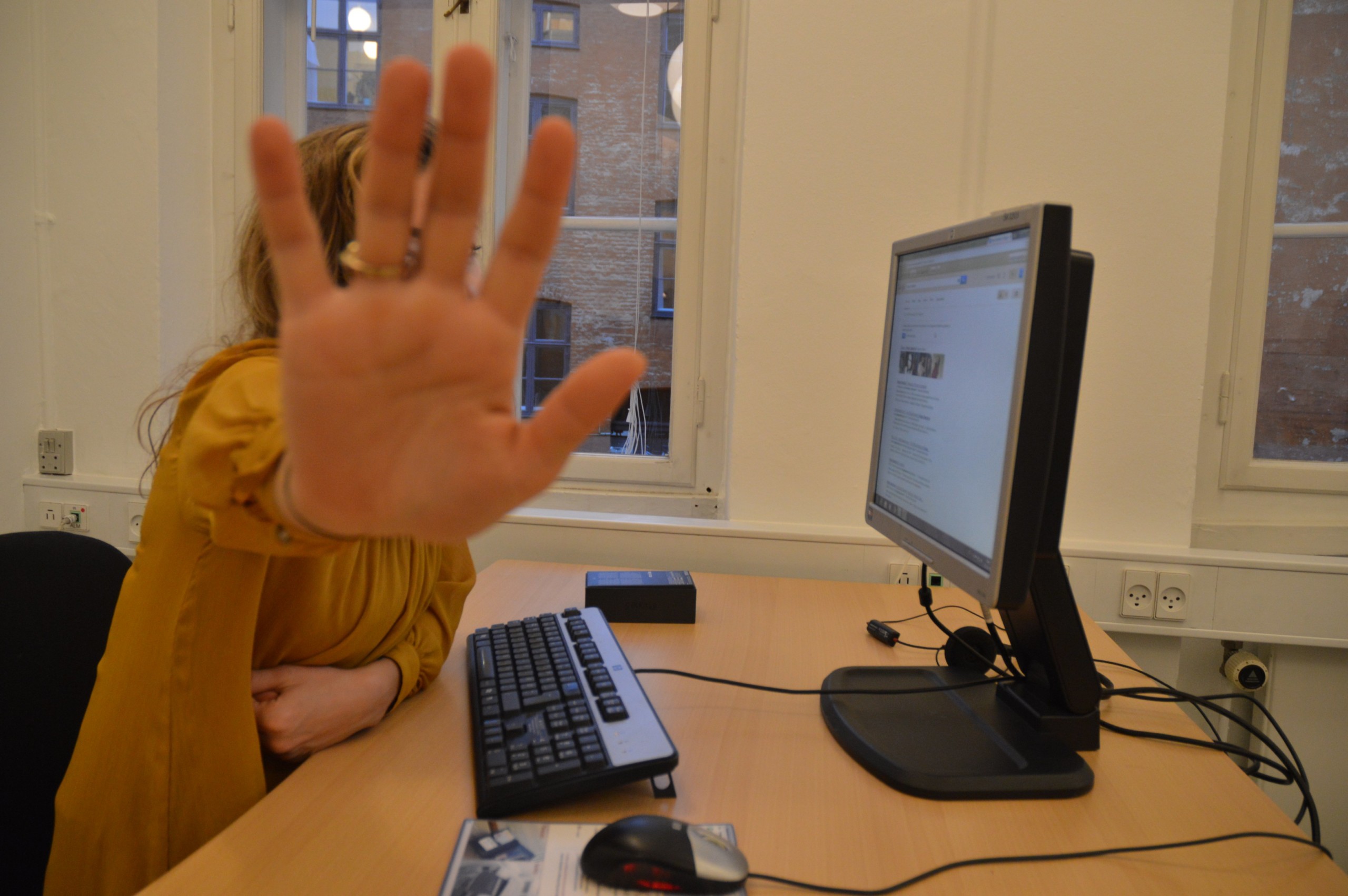 She doesn't like the photographer's gonzo style
image: Mike Young

After six months in temporary exile, this news media returns to the centre of the city of Copenhagen

The English-language media of the University of Copenhagen has been given permanent office space on Central Campus again, this time on St. Kannikestræde, just off Vor Frue Plads.

It was the set-up of a new Prorector for Education office on Central Campus that had originally prompted the University Post move back in June. Now, after a six month sojourn, the media has moved into its new, permanent offices.

The University Post will have two office rooms in a building in the Campus Service annex, where it shares a floor with the Danish-language news site Uniavisen.dk.

The University Post shares pictures, story tips and web platform with the Danish site, but is editorially independent.

“We enjoy living next door to the Danish-language site, and we share stories, photos, and equipment,” says Mike Young, Editor of University Post.

“It is nice to be in the central campus again and closer to the rest of the University of Copenhagen, says Julie Vulpius, editorial assistant.

Will the readers notice anything different? Hopefully not, according to Mike.

In contrast to the Danish site, which has journalists in the newsroom, the University Post’s content is mostly volunteered by student reporters, scientists and staff at university. The University Post’s ‘citizen journalism’ concept will be continued from the new location.

”Our mission is to serve all students, scientists and staff, Danish and international, and we will continue to do this with our distinctive open source reporting philosophy,” Mike Young says.

Watch out! Reporters are here

According to Julie, who helps co-ordinate the incoming reporting and news, the central location will also be advantageous to our many freelance and volunteer reporters.

“They can drop by for a chat and a cup of coffee and talk to us about what is going on here and in the different outlying campus areas. They can even sit down and write an article,” Julie says.

Standing joke on central campus is that you have to ‘watch out what you say, as the University Post might be standing next to you’. “Central administrative staff should now beware,” Julie jokes, “ we will have our reporters everywhere!”.

The move in the last week of December has been timed to fit the time where there would be least chance of breaking campus news. There will be a disruption in University Post coverage of campus news and life during the moving process, up until, and including the Christmas week. Breaking news will be reported through Twitter and other social media in this period.

Check out the gallery below, with a few shots of our new newsroom right now. Stay tuned for updates and photos of our new digs!