Up close, eye-to-eye with the jellyfish 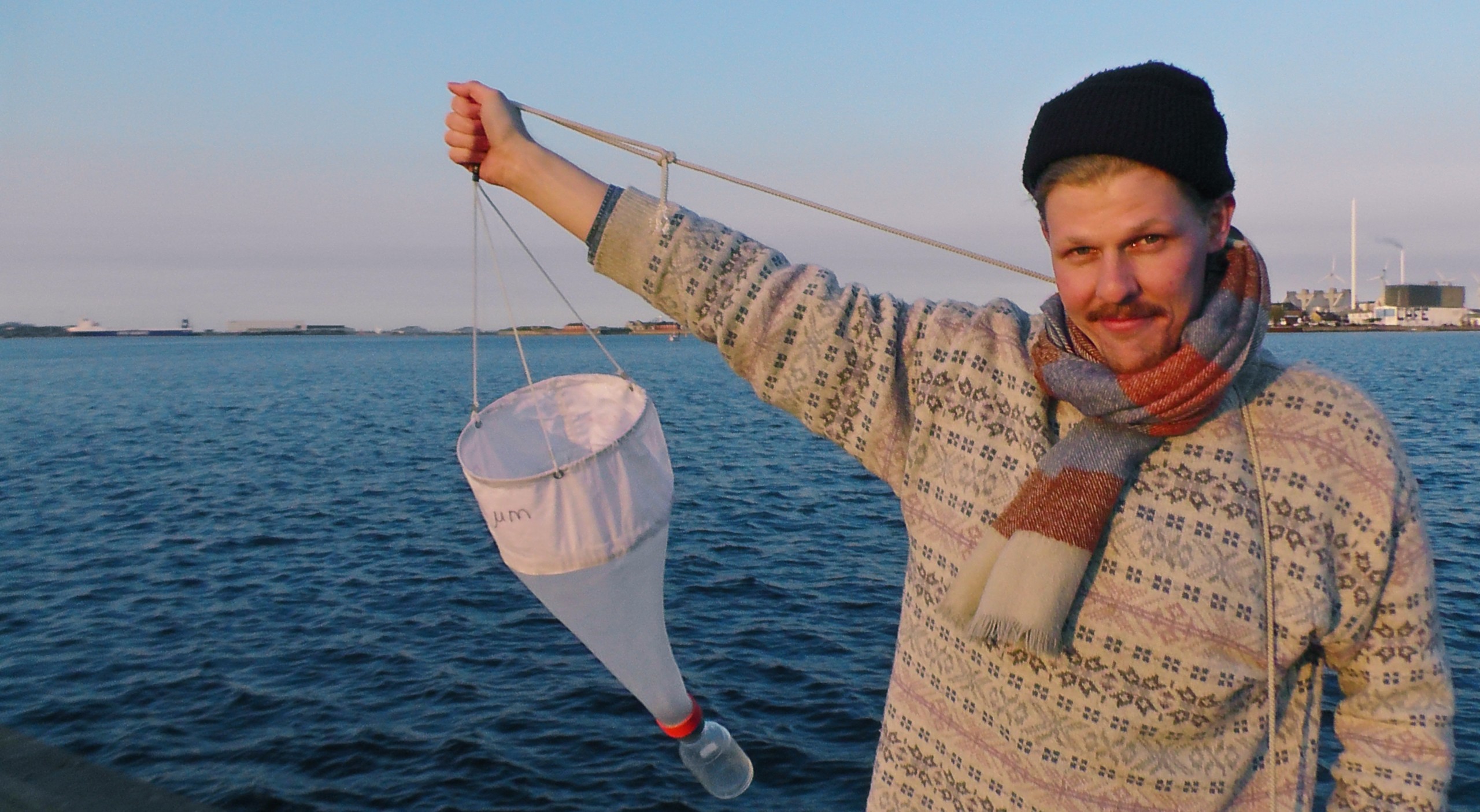 Common jellyfish have 8, maybe 16(!) eyes and small brains. Jussi fishes them out of the water and studies them for his Master's. Read the story and see the video

Jellyfish are some of the oldest existing creatures on the planet, according to Jussi Nygren, who is gathering data for his Master’s thesis at the Marine Biological Section of University of Copenhagen.

“After five mass extinctions they’re still here, even though their structure is so frail. And it’s this contrast between toughness and vulnerability that I find intriguing”.

He is studying the vision of common jellyfish (Aurelia aurita), or Vandmand in Danish, with its eight confirmed and eight presumptive eyes. But, why? ”Well, out of curiosity, at least”, Jussi says, but actually it goes way beyond that.

According to Anders Garm, associate professor at the Marine Biological Section, the fundamental goal of the research group is to find out how the brain actually works.

”The whole idea of using simple organisms is that they offer some unique possibilities, especially the jellyfish that has complex eyes combined with very little brain power”, he says.

”When you have less brainpower, you’ll have to find other, more clever solutions”, Anders says. In jellyfish, it’s the special purpose eyes for picking up specific information that require much less brainpower for processing what the eyes have seen.

”The evolution has created possibilities for small brains. We discover these clever solutions which show that many of the things that happen in more advanced organisms can be also be found in the simpler ones”, Anders says.

Basically it means finding out the neuronal circuitries that evolved for taking care of certain types of basic information processing that are common for many if not all brains.

Vision from Helsinki to Copenhagen

Jussi says he feels blessed to have such an inspiring supervisor as Anders for his research. He is visiting the University of Copenhagen from University of Helsinki, where he studies Biology.

”I became interested in the sensory physiology of aquatic animals during a field course in Tvärminne Zoological Station in Finland where we, for instance, monitored the nocturnal behaviour of shrimps and found out about their vision. That inspired me to contact Anders”, Jussi says.

In his current research, Jussi will be finding out which colours of light the eyes of the common jellyfish receive or are sensitive to. At the moment, he is still in the process of familiarizing himself with the research techniques as well as ”jellyfishing” for informants.

The common jellyfish has a one-year lifecycle, so currently there are no full-grown ones in the sea, just tiny jellies that hopefully in suitable laboratory conditions will grow big enough to be studied in a few weeks.

”It’s been rather challenging finding them but it’s also a great way to spend the day taking in the sea breeze and staring into the water and wondering if they are in fact staring back at me”, Jussi says.

His first jellyfish hunt to Roskilde Fjord was a success, but since then he hasn’t had any luck on the harbours of Copenhagen. Also, from the nine he’s captured so far only one has survived, a common jellyfish Jussi calls Waltzing Matilda.

”Yes, I think that they are dancing the waltz. The rhythm of the pulsating is definitely a 3/4”, he says.