Vegan students: »You end up feeling lonely if you can't share a key part of your identity« 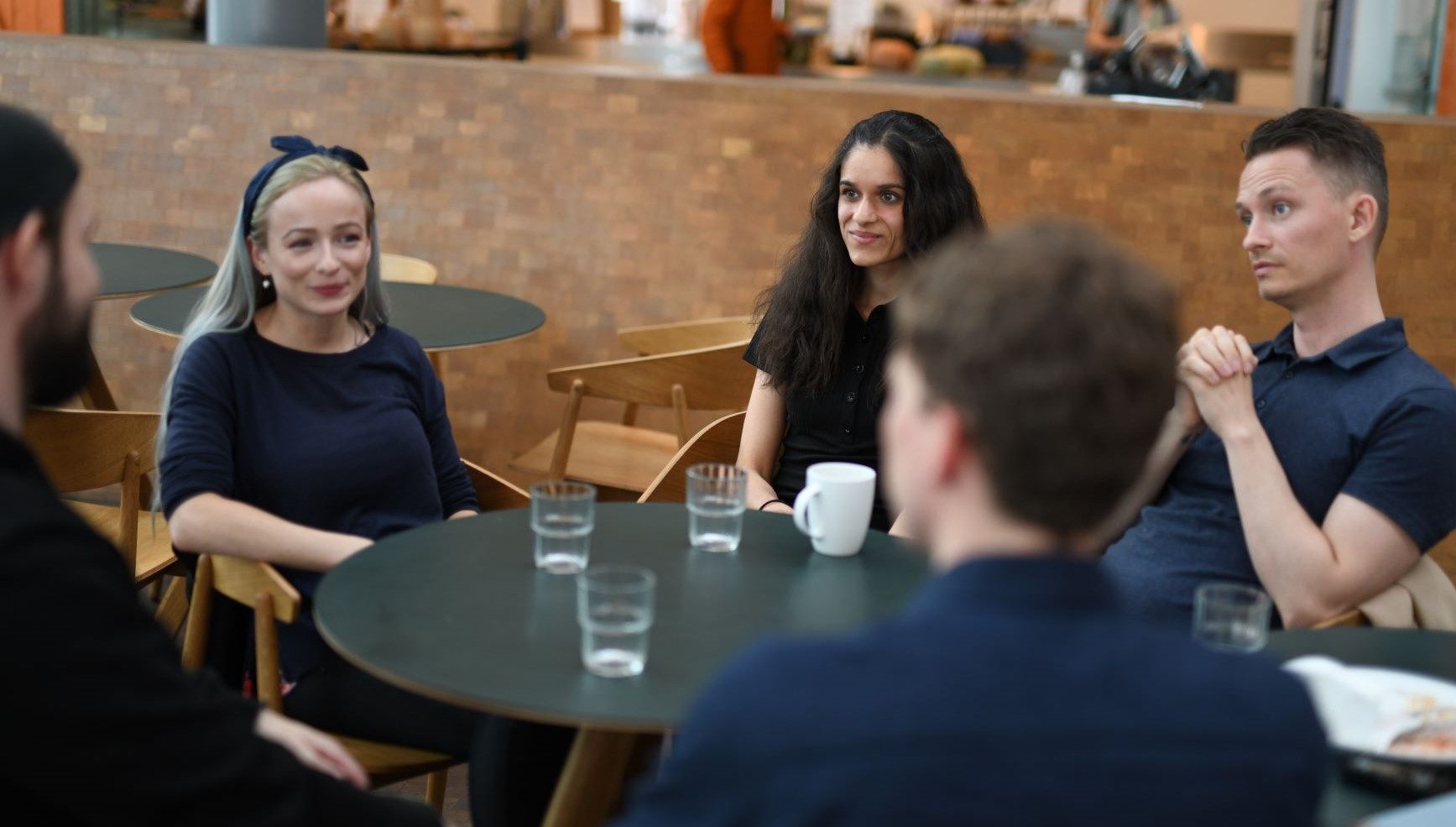 Clubs — Jakob Bredahl and Shivanii Hansen wanted a vegan alternative to the University of Copenhagen canteens. Now they meet up with their peers to discuss animal ethics and their philosophies of life.

»We’re right now in the best canteen at the University of Copenhagen, Wicked Rabbit, and it has a lot of plant-based options,« says Jakob Bredahl as he dishes out quinoa sauce onto his plate.

Who: For anyone who would like to take part in the vegan community. You don’t have to be a vegan to be a part of it.

Where: In the KUA canteen, Wicked Rabbit

When: It varies, stay up to date on their Facebook page

There is a long queue at the Faculty of Humanities’ vegetarian canteen. The menu of the day consists of root vegetable soup and spaghetti ‘bolognese’ made from lentils and quinoa, and Jakob Bredahl waits for a long time to pay for his lunch.

»Shivanii got hold of me a month ago because she had an idea of starting a UCPH vegan group,« he says. »When we met, we quickly came to talk about the potential for getting UCPH cafeterias to be more plant-based.«

After the food has been paid, he approaches a table where the said Shivanii Hansen is surrounded by five other students.

They are all vegans, and today 3 May, they have turned up for the very first lunch meeting of the Vegan students club at the University of Copenhagen (UCPH).

»The idea behind this club is to create a space where people who live in the comfort of their studies at the University of Copenhagen can meet up, get to know each other, socialize, eat together and perhaps in the longer term, also start something that is a little bit more student political,« explains Jakob Bredahl. He is doing his master’s degree in psychology.

»We would like to start by contacting the canteens, and informing them about all the advantages of switching to something more plant-based,« Shivanii Hansen adds. She has often had to go home hungry from her own CSS campus, because there have been no vegan alternatives.

She pokes her fork into the food in front of her and twirls the spaghetti before taking a bite. She explains that it pretty much tastes like the original dish – just a bit better.

»More and more students are moving in a plant-based direction. And this is a direction that the canteens would like to encourage,« says Jakob Bredahl and explains that there are already around 125 members in the UCPH vegan student group he has set up on Facebook.

He thinks there are a lot more vegans at UCPH than in the Facebook group, but many of them do not know other vegans at their place of study.

»You can feel left out on your own with it, when you don’t know others. And it’s a really annoying thing to have to be alone with, when there are so many positive aspects of the vegan diet that can be improved if you meet and talk about the options.« 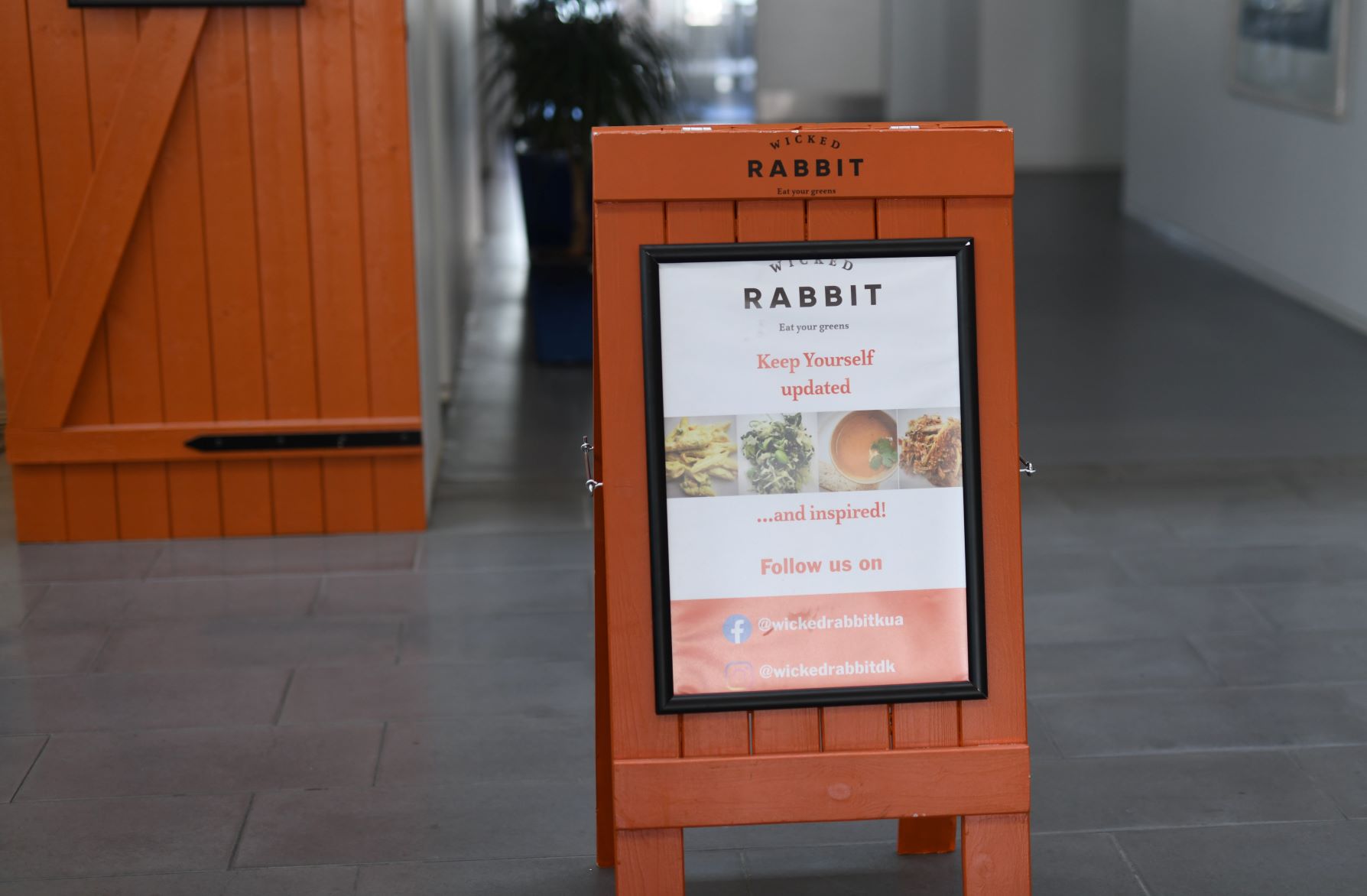 The Wicked Rabbit canteen serves vegetarian and vegan food and is on the South Campus KUA.
image: Anne Ubbesen

Animal ethics as a motivator

While Jakob Bredahl talks about the club, the other members’ conversation drifts back and forth across a table that is decked out with their plant-based dishes.

»You quickly become friends when you see the world in the same way,« Shivanii Hansen explains and smiles to the others. On the face of it, the group of students resembles any other group of friends, and the conversation is on everything from lectures to lecturers, and from training to travelling.

All until the chat turns to veganism. Then an intense conversation starts about what motivated their choice of diet. Everyone agrees that the prime motivation is the animal ethics aspect of it.

»It is about not hurting animals when it is not necessary. It is an ethical conviction,« says Jonas Krarup, who is a student of professional communication. »Today, of course – and this is very understandable – we also talk about health and climate, and that is good. But when we cut to the chase, we end up with the fact that it is about the animals. No humans want to see animals suffer.«

Jakob Bredahl listens with interest, and nods. He explains that he himself went vegan three and a half years ago after talking to his brother, who for many years had refrained from eating animal products for the sake of the animals.

»It took me a few years to put myself sufficiently into the mindset, but then I felt compelled to make the same decision. I had finally also reached a point where I did not feel able to justify anything else to myself.« 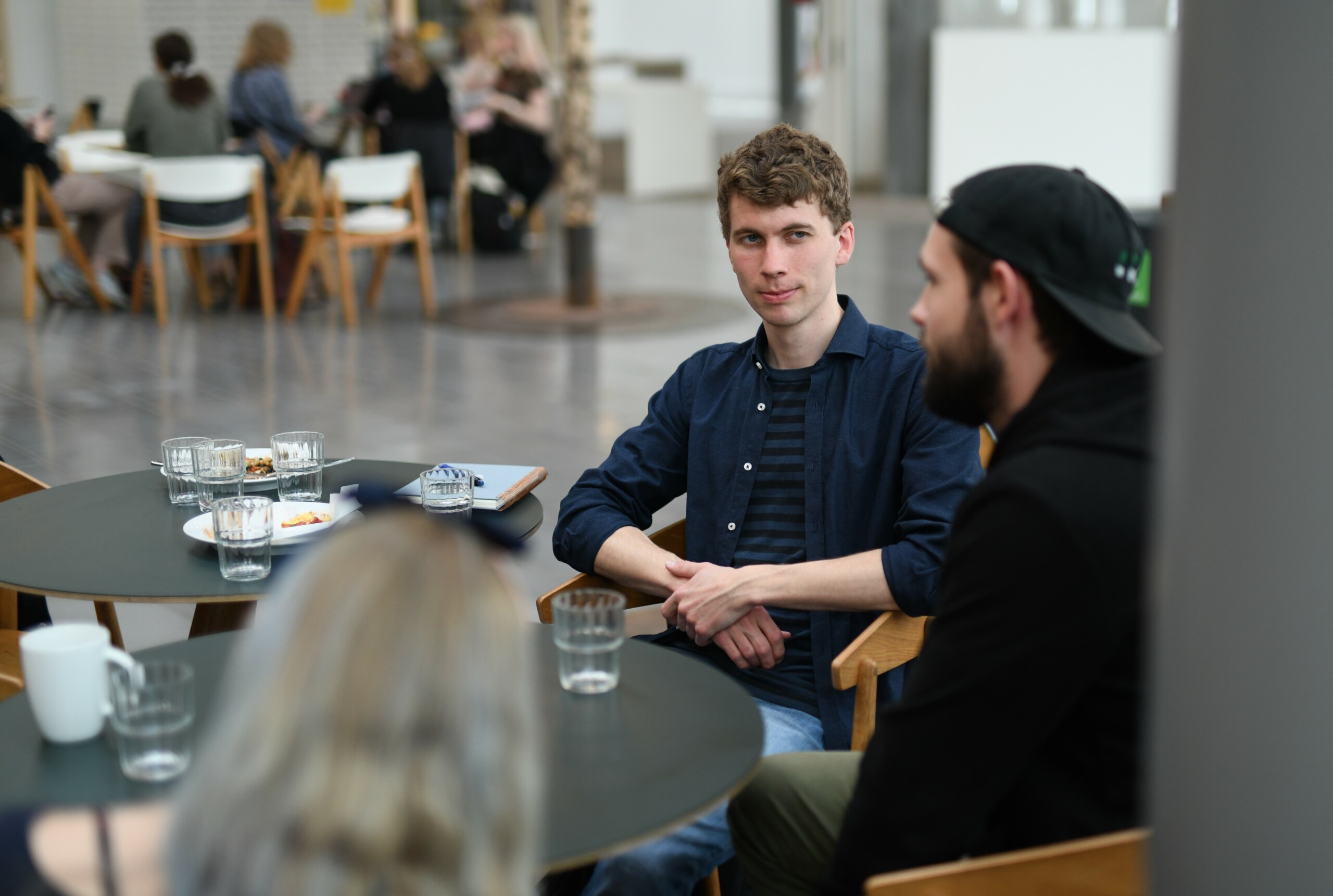 The lunch break is coming to an end, and the student numbers thin out in the canteen. The vegan group clears a table, and one of them leaves the establishment to go to a lecture. The others stay seated. There are a lot of things that still need to be decided.

»There is this workshop in the animal rights house Dyreretshuset today. We can go there together,« says Jakob Bredahl and explains that a Lebanese animal rights activist is in Denmark at the moment to give talks.

Jakob Bredahl hopes that, in the long term, the club can organize a series of academic events. He has been able to get the Lebanese speaker to do a presentation at the central campus CSS.

»In the long term I would like to make sure we get some academic expertise. But this is something that we all have to figure out together.«

No sooner said than done. Around the table, there is a discussion about what the club is, and what needs to be done. Several of those present have previously been involved in vegan activism, but not everyone is interested in this.

One idea is accepted by the whole group: The club needs to be a place where you can relate to each other’s daily lives and share your experiences.

»A place where you share the same basic outlook,« says Shivanii Hansen, and everyone nods. Jakob Bredahl speaks up.

»I think that you can end up feeling lonely, if you can’t share a key part of your identity with the people that are around you. That is why this community is important.«

And with these words, the meeting is adjourned. Some have to go home and write their master’s theses, others have to go to an animal rights workshop.