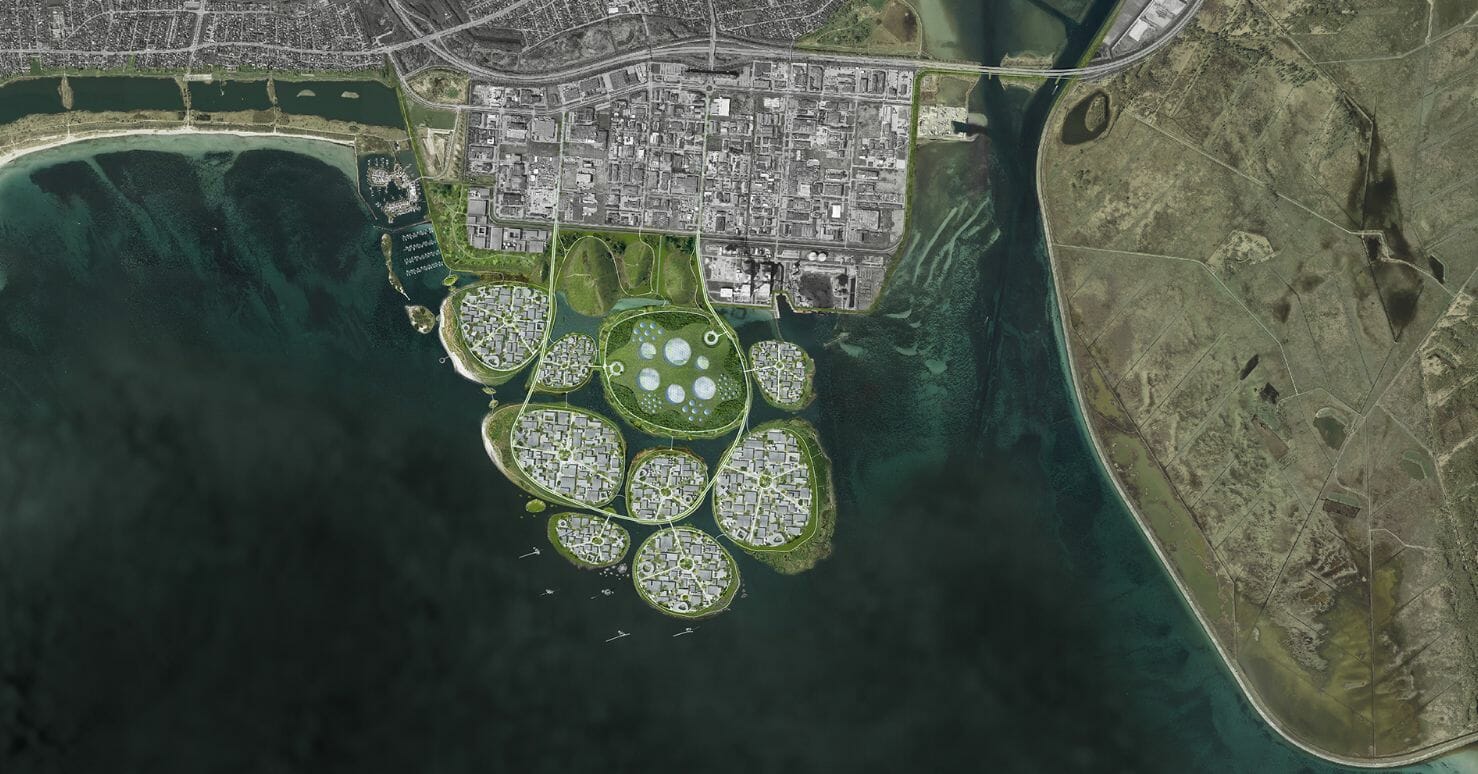 The latest weekly news, summarised for academics and students at the University in Copenhagen

Norwegian students and researchers are being targeted by foreign intelligence services to gain access to sensitive information, the Norwegian Police Security Service or PST has warned.

The methods used range from developing a relationship with targeted students via social media to pressuring them or their friends or family, and foreign spies are being placed on Norwegian campuses as students or researchers to carry out the recruiting, writes University World News.

It is the Russian security and intelligence services that are considered the biggest threat, but other countries, such as China, are also carrying out intelligence operations against targets and activities in Norway. It will remind some readers of a 2012 Danish espionage case involving Russian intelligence at the University of Copenhagen.

For Copenhageners, a plan to make nine new islands off the city would be far out even if it was a April Fools Day prank.

But it is real. It is being seriously planned. And it will be the biggest change to the city’s coastline since the 1960s, writes the Guardian.

It is the Copenhagen architecture firm Urban Power that plans to have the islands constructed in the bay south of Copenhagen Køge Bugt.

The islands will be a sustainable leisure and tech hub and will see the municipality of Hvidovre expand by a fifth. Brian Mikkelsen, a former government minister who is currently head of the Danish chamber of commerce, has boasted that the islands could become “a sort of European Silicon Valley”, luring up to 380 companies in the biotech, pharmaceutical and life sciences sectors.

As of yet, the only business to have signed up for one of the islands is the city’s municipal sewage company Biofos.

So far from locals who live near the coast, and also from a group of retired urban planners. “It’s crazy,” says Niels Boje Groth, senior researcher emeritus at the University of Copenhagen. “There is a problem with concentrating [development] in the centre. It means that property values increase, and you need to facilitate the much greater amount of traffic that is generated.”

Catalysts, or substances that increases the rate of chemical reactions, are needed to ensure the storage of solar and wind energy.

It is difficult to find the right alloy of metals for catalysts among infinitely many possibilities—despite today’s supercomputers. Finding the best alloys would take a lifetime.

The catalysts we have today are often expensive and ineffective however. Now, researchers at the University of Copenhagen and the Technical University of Denmark (DTU) have developed a method that makes it easier to find better and cheaper ones. Their results are published in the journal Joule and summarized on the science news site phys.org.

Professor Jan Rossmeisl at the Department of Chemistry for the University of Copenhagen, with the aid of two Ph.D. students, Jack K. Pedersen and Thomas A.A. Batchelor, is looking for “the famous needle in the haystack” among a new generation of catalysts, he says.

But this is no easy task.

“It is difficult to find the right alloy of metals for catalysts among infinitely many possibilities—despite today’s supercomputers. Finding the best alloys would take a lifetime. We use the so-called high-entropy alloys, which are random mixtures of many elements, as a starting point, and we have developed computer models based on machine learning. In this way, it becomes easier to sort the myriad of combinations of alloys and find those that can solve the problem of converting and storing solar and wind energy efficiently,” Professor Jan Rossmeisl says.

Soon to be European-wide degree programmes

The University of Copenhagen (UCPH) has teamed up with universities in Heidelberg, Milan, Warsaw, Paris and Prague in a new European university alliance called 4EU+. It hopes to integrate physical and virtual campuses and develop joint degree programmes.

4EU+ was founded on the back of the European Commission’s ‘European Universities Initiative’, whose goal is to educate a new generation of creative Europeans who can work together across languages, borders and disciplines with a view to addressing the major societal challenges Europe is facing, writes ku.dk.

“It’s easy to spot the barriers in terms of joint university degrees, sharing of research infrastructure and so on. But if we are to overcome the barriers, we need to cooperate,” says Prorector of UCPH Bente Merete Stallknecht.

Setting up university networks is a key initiative in the Commission’s efforts to build a European Education Area by 2025. Prorector Bente Merete Stallknecht expects that by joining 4EU+, the University will have better opportunities to influence the EU’s future research and education policy and to attract funds from the EU research and education programmes.

This is where Danish students want to work

Almost 12,000 university students from eight Danish universities responded to a survey on which sectors they find most attractive, and which companies they would prefer to work in when they graduate.

The most attractive companies are categorised into commercial and administration; technology and biotech; IT; and law.

See the top 10 workplaces in each of the four categories in the fact box right.

The Danish tax agency Skattestyrelsen regularly visits Danish Universities to introduce the tax system to international researchers and students. The meeting organised by the International Staff Mobility group on Tuesday, 26th March, will focus on filling in the annual tax assessment for 2018 ‘årsopgørelse 2018‘ and on researcher taxation. There will be a general presentation and the possibility to ask questions during the presentation.

Two international summer schools (BA and MA-levels) are lined up for the Global Urban Studies programme at the University of Copenhagen.

The first one, ‘Urban culture in theory and action’,  is organized in collaboration with Strøm music festival and other partners in Copenhagen. It combines academic theory with the experiences and know-how of seasoned practitioners of cultural or social projects for change in cities.

The second one, ‘Cultural production and urban space’ focusses on creative cities, liveability, and ‘the experience economy’ of cities.

The lecture series ‘Rethinking Law, Democracy and Capitalism’ is about inequality, the rise of populism and the wider skepticism of the liberal order that governed domestic and global politics of Europe. It is a collaboration between iCourts – a centre at the Faculty of Law, and CEMES – their colleagues who are housed at the Faculty of Humanities.

First up in the series is a lecture by Karen J. Alter and Cristina Lafont, both of Northwestern University, US on ‘Global Governance and the Problem of the Second Best’.