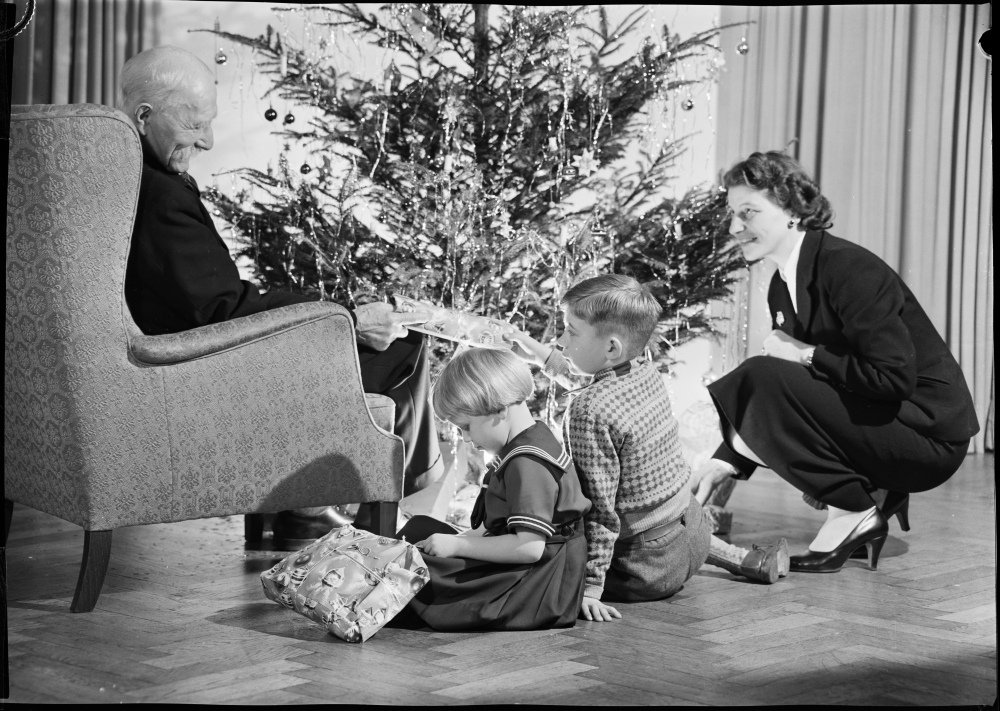 Christmas traditions are what they are because everyone things they are the way they have always been. Here are some, for outsiders, strange Danish ones.
image: Royal Library, Denmark. Flickr, creative commons license

Your crash course on odd Danish behaviour during the festive season

Decades and centuries of repetition have turned Danish Christmas and New Year into pure logic – to the Danes.

But don’t be a stranger! This crash course in the oddest Christmas traditions might open the doors to understanding a real hyggelig (‘cosy’,ed.) Danish Christmas. If you are interested, in Danish New Year traditions you can find them here.

A Danish Christmas is comprised of blinking lights, heavy presents, excessive drinking, plenty of challenges for vegetarians and some cultural paradoxes. So take a stroll down our Christmas lane that lights up the dark winter in Denmark.

December 1-24, it’s not hard to get children out of their beds in the morning.

Each day, most of them receive a small present, neatly wrapped and placed in a Christmas stocking or hung on the wall. These ‘prezzies’ are usually useless, unless parents spend a fair amount of time and money finding the IT gadgets and other miniature niceties that are in vogue at their children’s school.

Supported by the constant intake of sugary products, this excitement peaks when children dive into the pile of presents on Christmas Eve.

Because the calendar follows days in December, instead of the Christian Advent, Danes call them ‘Christmas Calendars’.

They also exist as entertainment in the form of television series, for children and adults alike. This year, DR3 launches a Christmas calendar named 6 Degrees of Kevin Bacon. Each day, the television channel will broadcast a film with an actor who is somehow related to Kevin Bacon – but by no more than 6 degrees.

Feared and hyped; as the social event, the Christmas Lunch is definitely a runner-up to Christmas Eve. This traditional lunch can be held for larger parts of the family (usually on Christmas Day and ‘Second Christmas Day’, aka. December 25 and 26). Most notably, workplaces always host an annual Christmas Lunch (meaning; party), and here’s the recipe: Main ingredients are meat and snaps (Danish for akvavit, ed.). The latter is a foul tasting transparent Danish liquor made of potatoes and seasoned with dill or (yuk!) caraway.

There’s a certain group pressure to drink more than one snaps while controlling one’s gag reflex and maintaining a straight face. Any colleague who presumes to ‘bite over the snaps’ (Danish: “at bide snapsen over”), i.e. not drink the shot on one go, will be bullied. Beer, of course, is also abundant. The same goes for pieces of herring, which are swimming in sauces of curry, tomato or dill.

Getting back to the meat, it varies in type and quality depending on the financial situation of the company and social status of its employees. Pork is a classic that comes in variations such as 1) ‘medisterpølse’, a sausage made up by the slaughterhouse’s leftovers from pigs, 2) ‘flæskesteg’, aka. roast pork and crackling (pig meat and pig skin) and 3) ‘frikadeller’, meat balls.

In the Copenhagen Area, employees might get the opportunity to eat fancy meats such as duck and goose. Red, warm and vinegar-infused cabbage represent the vegetable part of the Chistmas Lunch.

To add a risqué flavor to the event, infidelity does happen. The copying machine is supposed to be the preferred crime scene with its built-in possibility for beautiful and sexy souvenirs.

Fun fact: Some people (my husband) claim there’s – in fact – a certain order to serving the food: Start with herring on black bread, continue with fried sole on black bread and dive into salmon and shrimps on white bread. Move to the next level with meat balls, stir the real appetite with ‘medisterpølse’ (sausage), and enjoy the grand finale: ‘flæskesteg’ (pig meat and skin). Competitive eaters finish with ris á la mande (read description below), obsessively eating until the winner is found. However, just like in multiplication, the order of factors doesn’t really matter.

The not-so-flashy forerunner of Christmas Eve, 23 December night, is an evening of eating rice pudding and drinking sweet, non-alcoholic beer (to be ready for wine on Christmas Eve, of course). The leftovers from the rice pudding will be used the following day for preparing ris á l’amande, which is rice pudding with whipped cream, cherry sauce and cut almonds. However, there is a single almond completely uncut. The person who discovers this almond, wins (wait for it)… a present! This means that most Christmas dinners end with a very slow and concentrated devouring of the ris á l’amande. And it goes on to the bitter end when the almond is found, even though everyone is stuffed from the recently eaten piles of meat.

Little Christmas Eve is also the time for charity as many households bring a portion of rice pudding to the roof and leave it there so the Christmas elves (Danish ‘nisser’, mythical small human-like creature, ed.) don’t go hungry. And sure thing; the next day the bowl is empty. Thus, children get hard evidence of the existence of Christmas elves.

Fun fact: Ris á l’amande is a French name even though the invention is Danish, and the dessert is only eaten in Denmark.

Here is the wikipedia article on ‘Ris á l’amande’.

Slow motion around the Christmas tree

Family members standing in a circle around a coniferous tree on a wooden platform, clasping each other’s hands awkwardly as they shuffle back and forwards in circles. At the same time trying not to get burned by the small candles on the tree while still getting enough light to be able to read the text of some hymn – and singing or muttering the hymn. The intimacy and Christian touch of this tradition render some people uncomfortable, but it’s probably the most christmasy part of Christmas and hence hard to drop.

Don’t know what to sing? We actually have a guide to some of the more popular contemporary Danish Christmas songs here.

This compulsory séance paves the way for another tradition in slow motion: The ritual of unwrapping presents. Unlike other countries, presents are not unwrapped in a chaotic frenzy.

No. One package at a time is carefully chosen from underneath the Christmas tree, and the rightful receiver opens the present, while everyone stares in happy/tense anticipation. This is when it turns into a theatrical exercise as the person blessed with a certain gift is expected to show sincere gratitude. A difficult task if the present is, say, a pair of woolen socks, a sex toy from a ‘funny’ friend or a shirt that cannot be returned, because it is bought in Cuba.

Within seconds, the receiver must manage to express how this was the missing item of his/her life. And remember: Everyone is staring. This is repeated by the number of presents under the Christmas trees, so obviously, celebrating in a large family equals a long gift séance. Theatrical exercises aside, Danes are very fussy about returning gifts. Don’t ever give a present that cannot be swopped to another item in shop where you bought it! Actually, the real shopping craze happens between December 27 and 30 where Danes get rid of their sex toys, shirts and woollen socks.

Fun fact: In some families, Christmas Eve ends with a competition, which – contrary to ris á l’amande – does not include food or a present. The challenge is choosing the candle on the Christmas tree which will burn out as the last one. By then, some family members may be asleep, and the winner merely receives some miserable ‘honour’. It’s definitely time to move on to the next flashy event: New Year’s Eve!

See our picks for Top 10 ways to celebrate Danish Christmas. 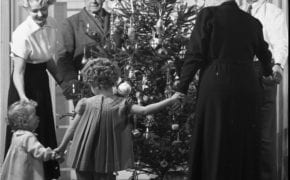 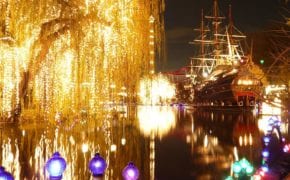 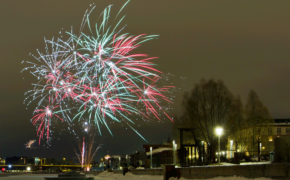