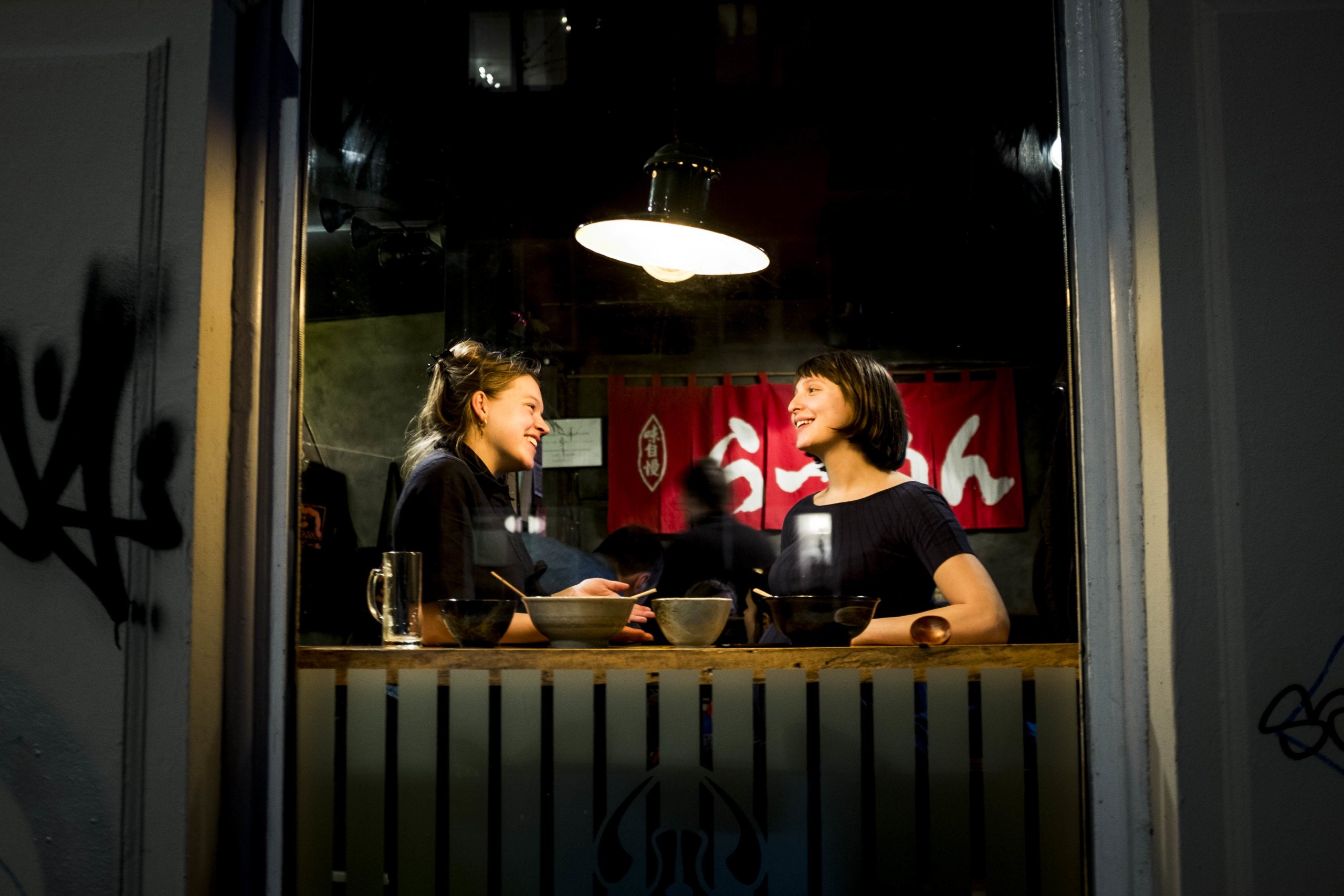 Is it at all possible to make your life work when you are a student and a parent at the same time? Mia-Marie Olesen, who is herself expecting, sat down with her friend who to get some answers.
image: Lene Munk/Uniavisen

»In terms of your studies, people start expecting less of you. That’s very generous and considerate, but it also made me expect less of myself,« says 24-year-old Alice Bier Zandén. She is a student of art history at the University of Copenhagen, mother of a three-year-old girl, and currently expecting her second child.

he questions started lining up as early as June. The final rounds of spring semester exams were on the horizon across campuses, and summer was starting to take hold of the city while daydreams of long, hot afternoons by the beach wafted in through the open windows of the study hall making the students, diligently studying for their exams, extra fidgety.

I was pregnant and struggling to get through my curriculum—The Modern Breakthrough, Blicher, and Blixen—but all the tomes of important literature had broken down somehow and turned into incomprehensible chunks of words. It was growing inside of me, the embryo, and as soon I had completed my final exam, I decided it was time to start contemplating motherhood and my future as a history student. Heavy stuff.

My belly grew, the fall semester commenced, leaves were falling off the trees, I finished my bachelor’s thesis and turned it in, and now, just a few weeks before I am due, all the questions are popping back up in my mind:

Is it even possible to be a good mother and a diligent student at the same time? Will those two roles always be at odds?

In 2015, the City of Copenhagen launched a fertility campaign aiming to encourage women to have children earlier in life. The tagline was »Have you talked to your eggs today?« reinforcing a tiring stereotype about the female biological clock. The campaign was primarily targeted at »men and women between the ages of 25 and 30 studying at a higher education institution.« The goal was to remind us all that fertility decreases with age.

People were nice to me and respectful of what I was doing, so they didn’t want to pressure me. But they also never counted on me for anything.

Prior to that, in 2014, the travel agency Spies’ unsavoury »Do it for Denmark«-campaign highlighted civic duty, pregnancy, and the fertility issue. It is for the good of the country when women choose to have children, and the company even offered a so-called ovulation discount on travels, whatever that means. As if that was not enough, the company awarded you three years’ worth of baby supplies and a kid friendly holiday free of charge if you managed to conceive at some point during your holiday. What an offer.

The following year, Spies devised a new campaign: »Do it for Mom«. Women were not just supposed to have babies for the sake of the country but for their own mothers who were eager to become grandparents. The guilt trip and the gender normative emphasis aimed to spur women on: »If she won’t do it for her country, she’ll do it for her mom.«

There is an entire cheer squad available out there if you are having a hard time motivating yourself to have a child.

But can you make your life work embracing your different roles? As a young person, a student, and a parent? I wanted to know more and learn from first-hand accounts. Is it even possible to balance your net full of heavy and expensive books from Academic Books with one hand while steering your even more expensive baby stroller with the other?

I met up with an old friend, Alice Bier Zandén. She is 24, a student of art history, and mother of three-year-old Joy. She is also expecting her second child in March.

»Last semester, the two courses I was following were slotted in between 2 and 5 p.m. every day,« Alive tells me over a bowl of ramen on Nørrebro. »My boyfriend had a very busy schedule at the time, so I had to pick up Joy every day. That meant I couldn’t attend classes unless my mother-in-law could pick her up. That was annoying.« 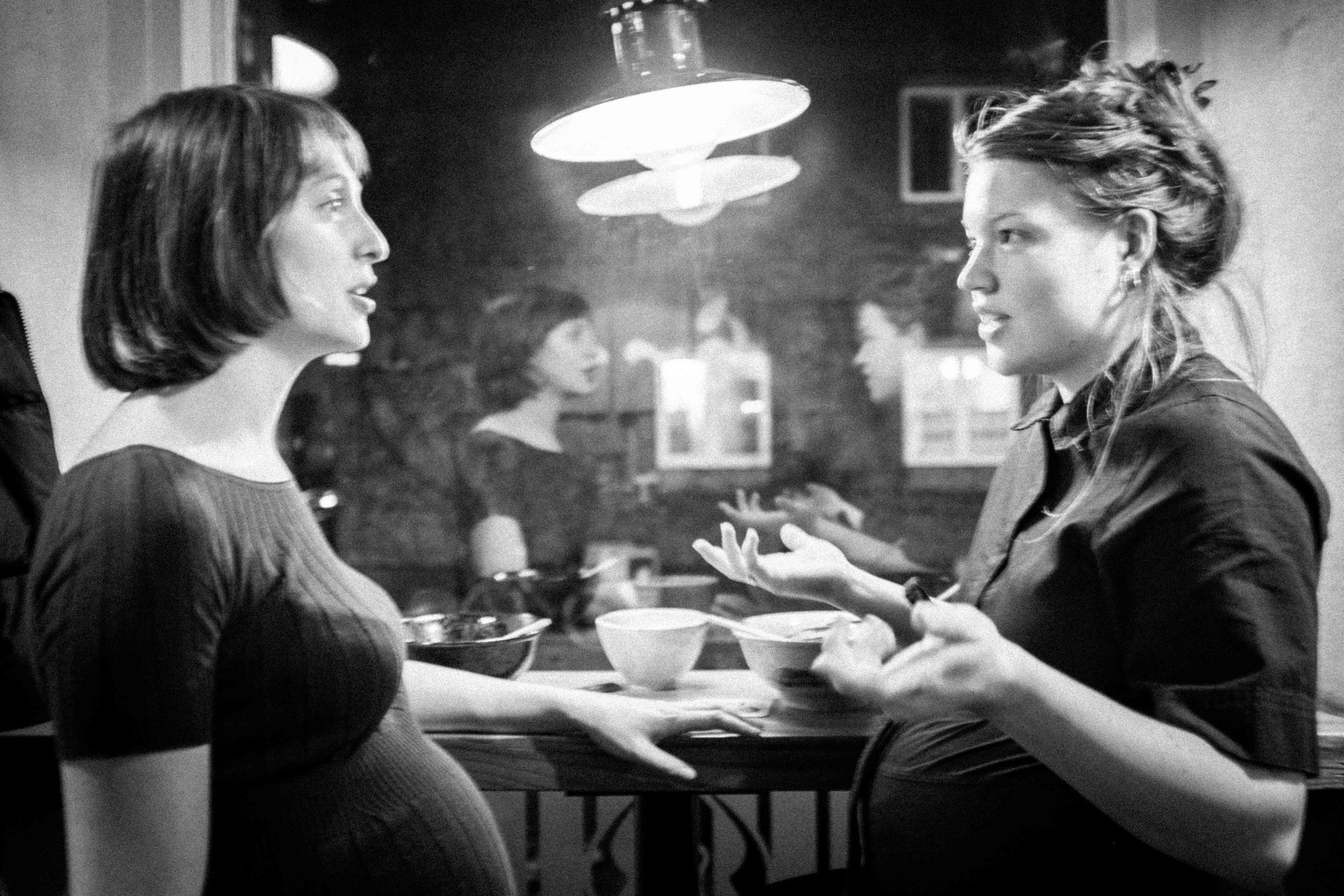 The restaurant is full of people and listening to the recording I made of our conversation Alice’s voice is in stark competition with much soup slurping from large bowls, in which seaweed, pork, egg, and spring onion make up a delicious umami-heavy dish. In the background, noise from the kitchen penetrates a layer of smooth jazz wafting from the speakers. I do, however, manage to get all the important points down.

»So, what’s it like?« I ask after a fit of coughing from the oily soup.

»I’ve had children before any of my fellow students, and I’ve been a way on maternity leave for a year. So I have a hard time identifying with them. We didn’t have time to connect.«

»Was it hard for them to connect with you?«

»Yes, I think so. But that’s not the case for all of them. There are always wonderful people with whom you connect. That’s the case everywhere. But I did feel like an outsider to some extent. Certainly when it comes to socialising in the Friday bar, working on group projects, or having dinner with your study group. I had to pick up my daughter after classes.«

»Have there been any negative reactions from fellow students or educators?«

Maybe you have to be a bit more selfish as a parent. You have to deal with other people’s consideration in a constructive manner and say, “Guys, can we maybe push this meeting back?”

»The majority of people are nice about it. Most people like children, and many of the professors and teachers have children of their own, and they remember what it was like. In terms of your studies, people start expecting less of you. That’s very generous and considerate, but it also made me expect less of myself. I found myself using my child as an excuse when really I shouldn’t have.«

»Does it turn into a poor excuse?«

»Yes. I do, however, have a lot of FOMO which was hard. I wanted to take part in everything, and the classes were exciting, but I’ve never really found my place in it—a place where I could be a mother and participate to the extent that I wanted.«

As Alice tells me her story, I recall how she used to fascinate me in primary school with her ability to attract friends who all wanted her company. Later on, the boys started hanging on her every word. She is humble and has a self-deprecating sense of humour that will make most people laugh. So, I was surprised to hear that she had felt like an outsider.

»People were nice to me and respectful of what I was doing, so they didn’t want to pressure me. But they also never counted on me for anything. When everything is at a distance like that—socially as well as academically—it’s hard to feel grounded. Especially the social aspect helps you feel grounded in your life as a student. Every social aspect unravelled and I didn’t hang on to any either.«

I had never even considered that. That consideration and generosity can turn into a kind of misguided attempt at being caring. There is always a feeling that you are something to somebody else when they expect something of you. And I suppose that feeling disappears if your surroundings give up on expecting anything of you.

»How do you think we can change that?«

»Maybe you have to be a bit more selfish as a parent. You have to deal with other people’s consideration in a constructive manner and say, “Guys, can we maybe push this meeting back?” Take up more space and don’t be afraid to expect things from others. It’s okay to be demanding.«

After a brief pause, she continues:

»Generally, people like being approached. It makes us feel like others see us. That’s a nice thing. Without it you really need a strong personal drive to maintain your level of ambition and performance to be part of a community.« 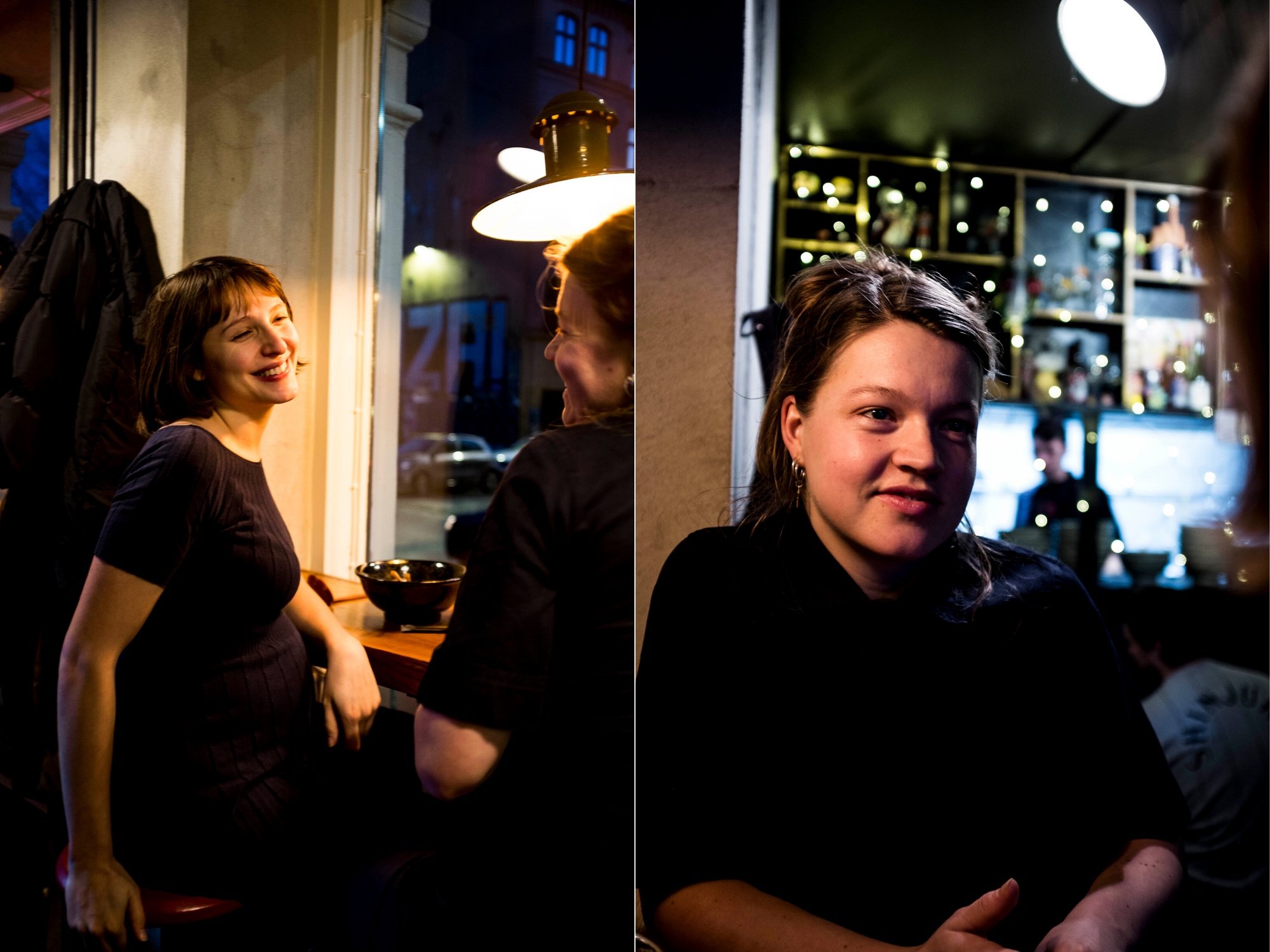 »Unfortunately, many parents have a bad habit of using their children as an excuse to get out of doing things, they don’t want to do. You have that to look forward to.«

With a heavy note of hope in my voice, I mention an article that ran in the University Post in June of 2018 in which a father discussed how the birth of his child transformed him from slacker to busy parent. Alice concurs.

»All the things that used to be hard, like getting a steady rhythm going in your everyday life, all that happens by itself now. You have to drop off your child at a certain time, and you have to pick them up again at a certain time. If you procrastinate on your work you just have to finish it late at night which is even worse.«

A dull January shower leaves a shimmering coat on the pavement outside the restaurant. Most of the patrons have left by now, and we are also wrapping up the interview as Alice’s family is waiting for her at home. I want to ask her for one last piece of advice.

»There’s this expectation of mothers that everything that’s happening is very natural. But as a new mother you are very confused and you don’t have a lot of experience to go on. A huge factor in your new life is a loss of control. You can’t count on anything it seems.«

»Because it’s the best thing in the world. It’s just the best.«