What’s the use of research if we don’t buy into it? 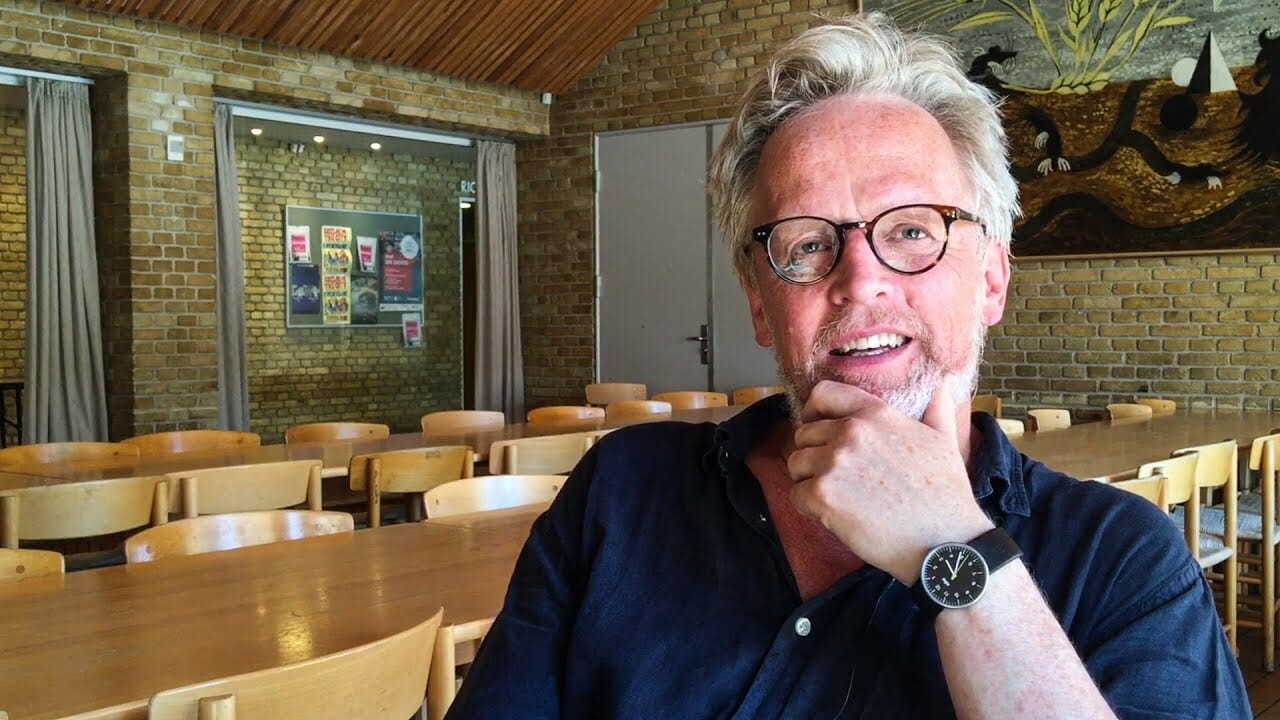 Political Festival — Two UCPH professors tried to find solutions to address fact denial - from climate change to HPV vaccines - at a popular debate at The People’s Political Festival 2018. We caught up with one of the speakers, Klemens Kappel, after the debate and asked him to elaborate.

Crowds trickle in and out of the Port of Allinge on the Danish island of Bornholm, the site of The People’s Political Festival 2018 (Folkemødet). People make their way to fresh debates taking place in tents, where they can listen to speakers they agree with and those they can’t stand.

In his opening speech in the “Circus Square”, Danish Prime Minister Lars Løkke Rasmussen said that part of the raison d’etre and spirit of Folkemødet is that people listen to each other, especially those they do not agree with. The PM himself debated with the head of the Danish Confederation of Trade Unions, Lizette Risgaard, and former Socialist People’s Party Politician  Özlem Cekic.

But is the PM’s vision realistic?

In the UCPH debate Why does science lose to beliefs?, philosophy professor Klemens Kappel said that people presented with contradictory research within a politically-heated topic will set aside facts that challenge their worldview and lean towards conclusions which support it.

“We do not blindly trust research. This can explain why a large share of the population is concerned about the HPV vaccine even though scientists endorse it and also why half of the republicans in the US have denounced climate change as a scam. And why so many of us believe that wolves are fatal to human beings.”

Kappel has been grated DKK 10 million by the Novo Nordisk Fund to investigate skepticism around GM crops– a scepticism, which continues to thrive despite the research and not because of it.

The problem lies in our heads

The value of scientific evidence has been further dismantled in the era of social media, where the value of facts is diminishing, while the election of US president Donald Trump and the Brexit were a revolt against traditional authority structures.

Those who doubt are the true democrats

During the debate, professor Kasper Møller Hansen painted a gloomy picture and lamented the erosion of traditional media in a digital media landscape.

However, after the debate Kappel said that he does not subscribe to these doomsday predictions.

“Scientific scepticism is a localised phenomenon, because humans believe the majority of research. But there are some specific, loaded topics which are highly polarised, and where research struggles to trump the recipient’s ideology or identity. It isn’t because people are stupid or that the researchers have lost authority. It is more an expression of politically-motivated cognition,” says Kappel from under a sunhat, as he strolls away from the UCPH tent and towards the busy streets of the harbour.

According to Kappel, it is not (just) social media’s fault. When we reject scientific findings which challenge our identity and worldview it is more likely because of certain mechanisms in our head – mechanisms which paradoxically, only become stronger as we search for new knowledge and formulate our own viewpoints.

“Those who doubt are the true democrats,” as Møller Hansen put it with a smile during the debate.

The question is, how do you challenge something so inherent in humans?

When putting forward potential solutions, Kappel stresses that there is no catch-all fix.

“I do not believe that you can convince people to put their ideology aside. And generally I think it is a somewhat open empirical question as to which approach will work. But we know that it works to put people in specific groups where they discuss with people they do not ideologically agree with. In fact, this has a moderating effect,” he says.

Another thing which has proved to work is boosting people’s identity. Identity-affirming information makes us more willing to accept conclusions which threaten our identity.

Public debaters need to stop politicizing facts. They are often the ones who are to blame when a topic becomes politicized and they need to take a greater responsibility. But that is not easy to control

For example, with the help of a survey you can find out what values are important to a test subject. If they rank friendship highly then you ask a range of questions about its value. Then, you expose them to evidence which contradicts their worldview.

“In this instance, test subjects have proved to be more receptive, because their identity-confirming values were forefront in their minds,” says Kappel, while he turns away from the crowds milling about the harbour and steps onto one of Allinge’s steep hills.

Climate challenges as a business opportunity

However, it is rare that we boost our identity or seek out groups of people we don’t agree with before we receive new information. Kappel acknowledges that overall it is difficult to know whether the strategy works beyond the lab.

In an ideal world, you would avoid subjects becoming polarised – and that is not a simple task.

“It is difficult, and I am aware that there is no robust evidence in the area,” says Kappel, pausing briefly. “But there was a discussion around abortion access in France, where one way to reduce polarisation was to find certain ways of arguing which both resistors and advocates could see themselves in. In the same way, you can present climate challenges as a business opportunity instead of something which demands state regulation. That could end up attracting more US republicans, for example. In this way, we get different perspectives on the challenge, but because they play into our identity then the facts in the debate become depoliticized.”

Yes, I am a definite optimist. When people say that we are facts-resistant, that isn’t true.  We are that way in some specific subject areas. And that is overall short-lived

However, he stresses that responsibility cannot solely be placed on researchers and rejects the idea that authors of scientific articles in highly politicized areas should be compelled to consider audience more closely in this manner when forming research questions.

On the contrary, the biggest responsibility lies with public speakers, who attack scientific facts for the sake of winning. Such as when Trump says climate change is a hoax or when certain Danish politicians suggest wolves are humanity’s greatest enemy.

“They need to stop politicizing facts. They are often the ones who are to blame when a topic becomes politicized and they need to take a greater responsibility. But that is not easy to control,” he says.

Basically, you say that it is difficult to implement concrete solutions in the real world. Is there a reason to be anything other than a pessimist?

“Yes, I am a definite optimist. When people say that we are facts-resistant, that isn’t true.  We are that way in some specific subject areas. And that is overall short-lived. If you look at the discussion around artificially modified crops in 1983, it was just as politicized as other topics are today. But that has been completely forgotten today, and I believe it will also go this way with current debates. Politicization emerges when the evidence interferes with our values, but contingent conditions may cause that, and they can disappear again,” he says, concluding:

“I believe we are making a mistake by focusing on those instances where there is strong polarisation and then we make generalisations out of them. We need to look at the entire spectrum of situations – in 98 percent of cases, the topics are neither politicized or polarised. So we need to understand what makes certain topics go that way. That is part of what we hope to achieve via our research project.”