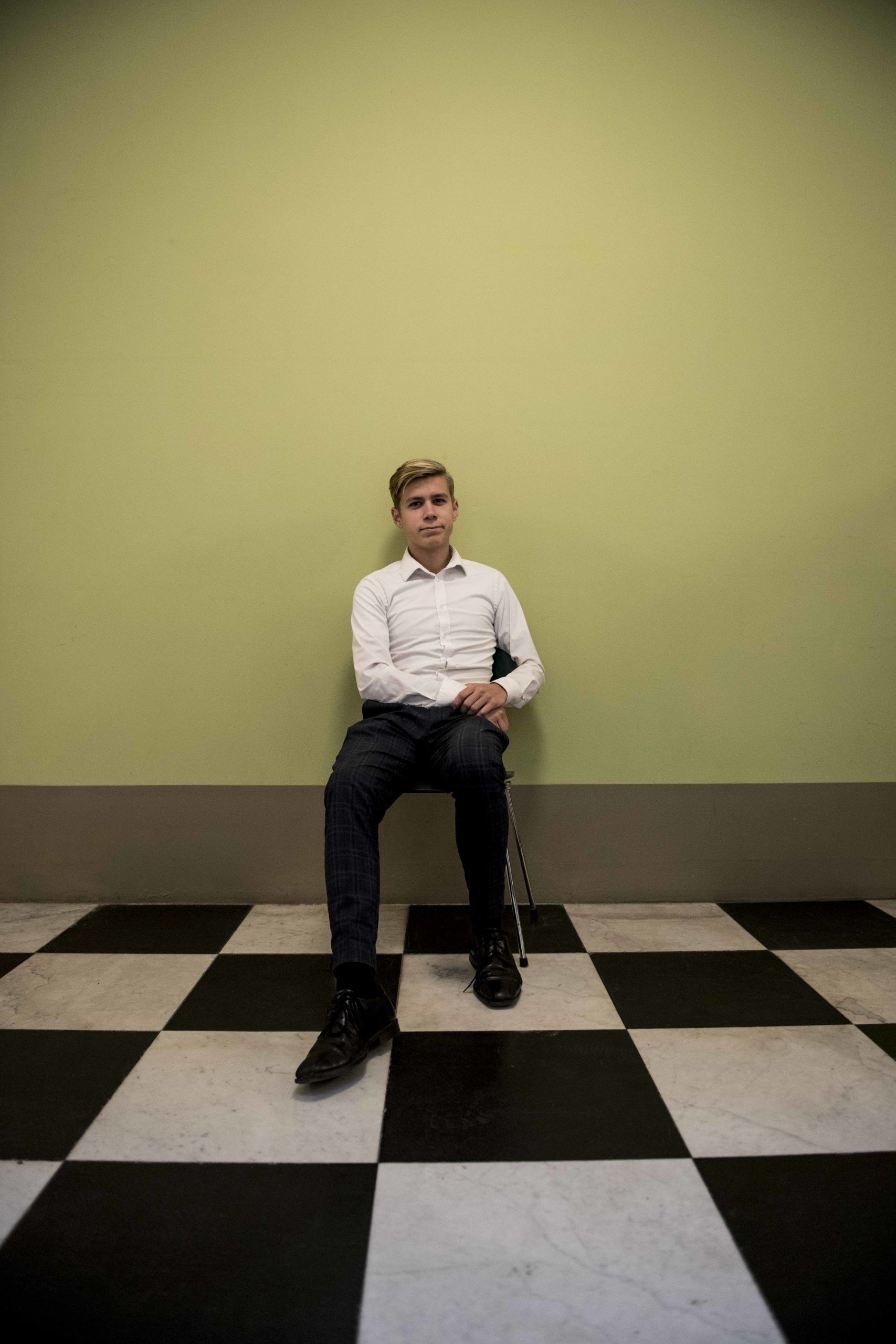 At the Faculty of Social Sciences at the University of Copenhagen, there are right opinions and there are wrong opinions. According to political science student Thomas Rohden people are quick to label others racists or transphobes.

Thomas Rohden is a fourth-semester political science student. He has been an active member of the Danish Social-Liberal Party’s youth organisation for years and is currently employed by a public affairs agency.

In your opinion, how good are the conditions for open dialogue at the Faculty of Social Sciences, CSS?

»They are the worst I have ever experienced.«

»The public discourse at CSS is controlled by the left-wing students. That in itself is not a problem—there are a lot of left-wing students—but it becomes a problem when there is no room for people who have a different views. I’m not particularly exposed, because I’m a social-liberal, so I have all the right views on immigration and LGBT-issues and all the other subjects that are contentious.«

Where do you see this problem play out in reality?

»There are different levels to it, but at its core it’s about social sanctioning. It’s not like professors will hound you and tell you what to believe in and what not to believe in. It’s more like a general social climate which unfortunately is dictated by a group of very left-leaning students.«

»I have a group of friends from the social democratic youth organisation Frit Forum who ran for the student council election. Their platform had nothing to do with identity politics whatsoever but still they were met with very negative comments and personal attacks.«

READ ALSO: It is not easy expressing your centre-right views at a left-wing faculty

»It’s not a problem when a debate gets heated and neither is it problem when people are criticised for their views, but in this case, if you don’t subscribe to the right mindset you risk being labelled a racist, homophobe, or other things.«

Does this conflict play out in real life or does it take place in comment threads online or in class?

»It varies. I had an experience myself when discussing the Copenhagen Pride Parade which I had participated in to support the LGBT-cause. I was, however, critical of the final dance show in front of city hall, because I thought the dancing sucked. I was subsequently labelled a transphobe. My comment was made in reference to the dancing, not the gender of the dancers.«

»The space in which you can discuss these issues, which to many people are extremely sensitive on a personal level, has become very narrow. Many people, myself included, experience that they have to censor themselves to some degree.«

»You are reluctant to enter a debate on these issues, because the consequences often involve some level of social sanctioning and people calling you all manner of things that aren’t nice and that you know aren’t true.«

Does this take place in class as well or is it limited to social interactions?

»It’s connected by the fact that these discussions take place in the cafeteria, during breaks, and on as well as off campus, but the self-censorship extends to the lecture hall.«

Were I to ask to see an author on the syllabus who does not believe that gender is a social construct but binary, many of the students who don’t regard gender as a binary category would take this as a personal affront.

»I think LGBT-issues are exciting to debate. I think it’s important to maintain a university with room for people whose gender identity does not conform to the binary mode. It’s really important to debate the scientific aspect of for instance academic surveys and how to conduct them when operating with a wider understanding of gender. However, in those types of debates, I feel that many people are holding back.«

»Questions of gender and immigration in particular are sensitive subjects.«

»You don’t have to argue in favour of right-extremist views to be labelled as blind to your privilege or a racist. Traditional social democratic views have the same effect.«

»Compared to the student council, secondary school, political organisations and places of work where I have been, I have never experienced a place like CSS where the open dialogue is as restricted.«

Is that because people tend to argue more aggressively?

»The trouble is we need an open dialogue. It’s not a problem that discussions get heated, but we’re lacking the very basis for having discussions in the first place. If you question certain things you are quickly labelled all kinds of things, you’re a racist, privilege blind, or a transphobe.«

»In a sociology class we were learning about gender and identity. I was a appalled to find that every single text on the syllabus was written by someone of the opinion that gender is a social construct. That’s not exactly promoting diversity. It was, however, very clear to me that this was not something to question.«

Who gave you that impression? The professor?

»No, this came from the students.«

In what way did you experience this?

»It plays out on two levels. On the surface, you’re told off and accused of being either this or that. On a deeper level, where the social space is very narrow, people communicate using body language, they turn away in disgust and roll their eyes. Many things are implied.«

»This also happens in threads in our faculty Facebook-group, where discussions turn very sensitive very quickly. Were I to ask to see an author on the syllabus who does not believe that gender is a social construct but binary, many of the students who don’t regard gender as a binary category would take this as a personal affront.«

Is there a certain way that you have to talk about centre-right views at the faculty?

»The dominant culture contains a social contract which states that a certain way of looking at LGBT-issues, immigration policy, climate debate, and other value-based topics cannot be questioned. If you do so, all the labels are thrown in your face.«

»There’s a silent agreement that if you vote for the Danish People’s Party, you’re a racist. That’s a commonly accepted version of reality at the faculty.«

»I would like it if students at the University of Copenhagen—as is the case in the youth political scene—saw being challenged and challenging others in discussions as a positive thing.«

»The youth political scene is also an environment where you can take on a particular view in order to test out its validity in an argument. At the University of Copenhagen, I think people would label me a bad person if I did that.«