Why not a horror novel? »Peer-reviewed articles won’t get the research out to the general public« 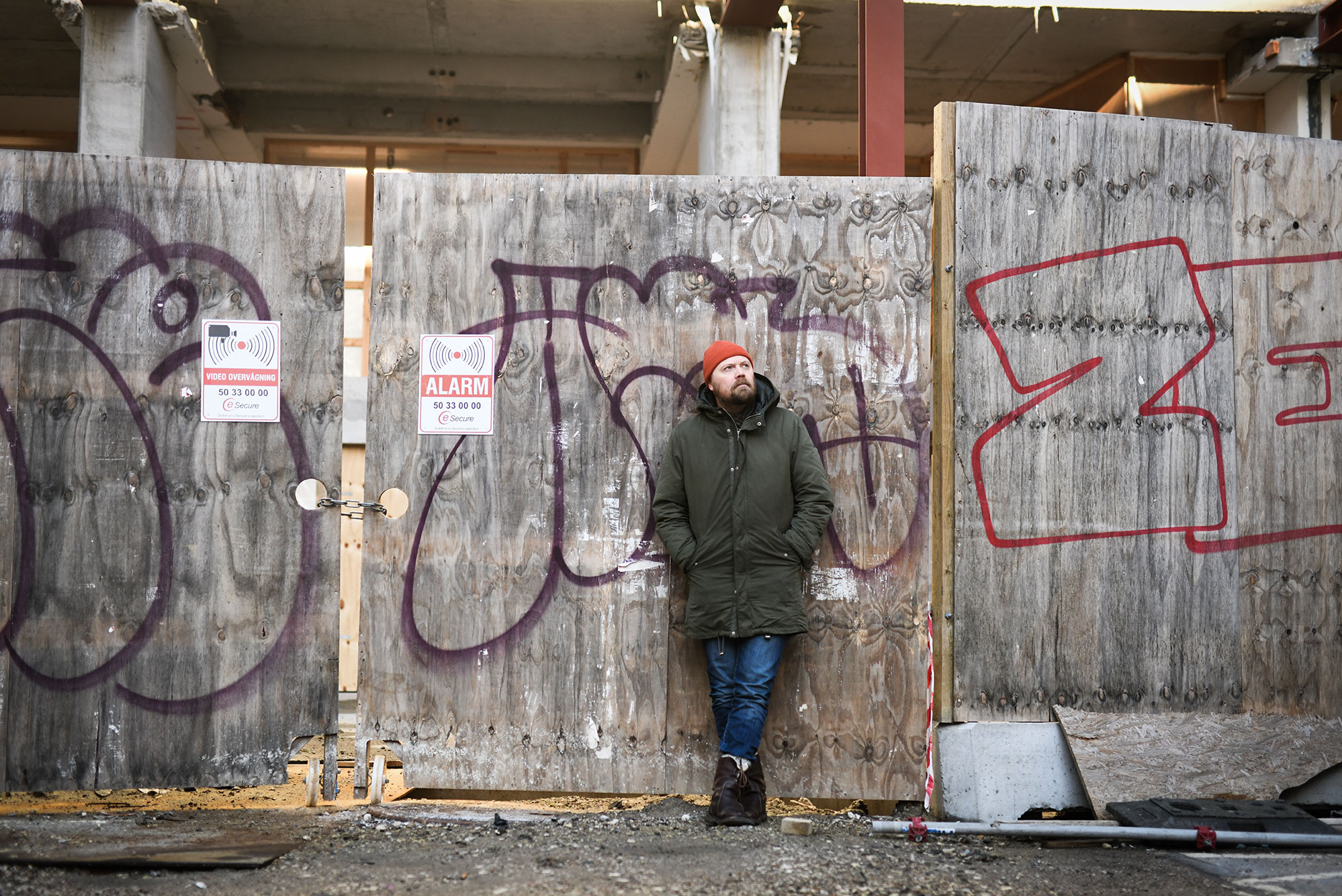 Jacob Lillemoses' debut novel is an attempt to »look into the darkness of the catastrophe«.
image: Rasmus Friis/Uniavisen

Too much research communication is being shelved away and is unnecessarily convoluted, according to curator and former researcher Jacob Lillemose. He now makes his debut with a kind of scientific horror novel that attempts to bring enthusiasm and fun into the world of academia.

The same question turns up inside his head every time Jacob Lillemose participates in academic conferences.

Is this really the best way to be a researcher?

One speaker after another goes on stage, spends 20 minutes saying something they have already written in a research article, and which is so dry and technical that only their fellow scientists can hope to understand it. Perhaps, to boot, they go over time so questions from the audience have to be dropped. Instead they are clapped off the stage, before the next researcher repeats the routine.

»I’ve been involved in so many wasted opportunities,« says Jacob Lillemose, who is a former postdoc and researcher in culture at the University of Copenhagen (UCPH) and is now curator at the Medical Museion.

»I have been frustrated with the fact that I myself, and the people around me, have become alienated from an academia that is full of enthusiasm,
wild thinking, joy and love. All kinds of positive things, right? But it often just turns into something to be shelved away that is unnecessarily convoluted.«

It doesn’t have to be that way, according to Jacob Lillemose. He has spent most of his career demonstrating this.

As a postdoc on the research project Changing Disasters, he opened the exhibition site X AND BEYOND in 2015, where he curated art exhibits about disasters. He has lectured on everything from zombie films to contemporary art in Japan after the Fukushima disaster. And since 2018 he has worked at the Medical Museion where he has combined art and science in an attempt to get research out to the general public. Most recently with the exhibition The World is in You.

He now uses his own experience from academic lectures and exhibitions in his debut novel, Architecture Zero, which is a hybrid between fiction, autobiography, research, science fiction, horror – and a lot more.

All to pull the research off the dusty shelves and to get both academics and everyone else to deal with it.

»I hope that I can show that it is important to take an imaginative approach to the material you are working with. I would like to get people out of their comfort zones and get them to reflect in new ways,« says Jacob Lillemose.

The plot in Architecture Zero is certainly imaginative – and disturbing.

The book follows a researcher Jacob Lillemose, who is frustrated with academia, but who gets his excitement rekindled when he is invited to a mysterious department in the US. At the department, researchers test different types of catastrophe architecture. How, they ask, can people organise themselves in buildings and homes to survive the catastrophe of the future – be it a pandemic, a war, or yes, even a zombie attack.

The department which is led by the mysterious Walon Bartok has some terrifying ideas. Think of underground housing with medicated experimental subjects.

What the ideas have in common is that they all have their origin in fear.

»It is an attempt to look into the darkness of the catastrophe. Through the architecture. The department, and the research that it carries out, makes sense in the context of a world where you live in fear. The fear of social unrest and pandemics,« says Jacob Lillemose.

He takes a short break, and lowers his eyebrows.

»It is a world that, to some extent, is already here.«

He started writing the book in 2018 before the outbreak of Covid-19, but had to stop working on it for several months during lockdown.

»It suddenly just got too close to home,« he says.

The corona crisis has, however, given the book an almost painful actuality: We must not let the fear of new catastrophes control how we live, and how we live in the future.

»The fear can be based on reality, but it is dangerous to let it control the choices we make. In a sense, the novel is a nightmare vision of a safe world that has been created in a climate of fear. It also poses a number of critical questions however: Is this really what we want to create, and to live in? At what price? And are there alternatives?«

Damn! He sure has figured it out

These are the feelings that he has missed in academia, an academia that he has been a part of for more than 20 years. And this is why he has chosen a format that is as far from a peer-reviewed article that you could possibly imagine.

»I understand, of course, that peer-reviewed articles are valuable to research, but in terms of bringing research into dialogue with the general public, then other formats need to be used. And why not a horror novel?« 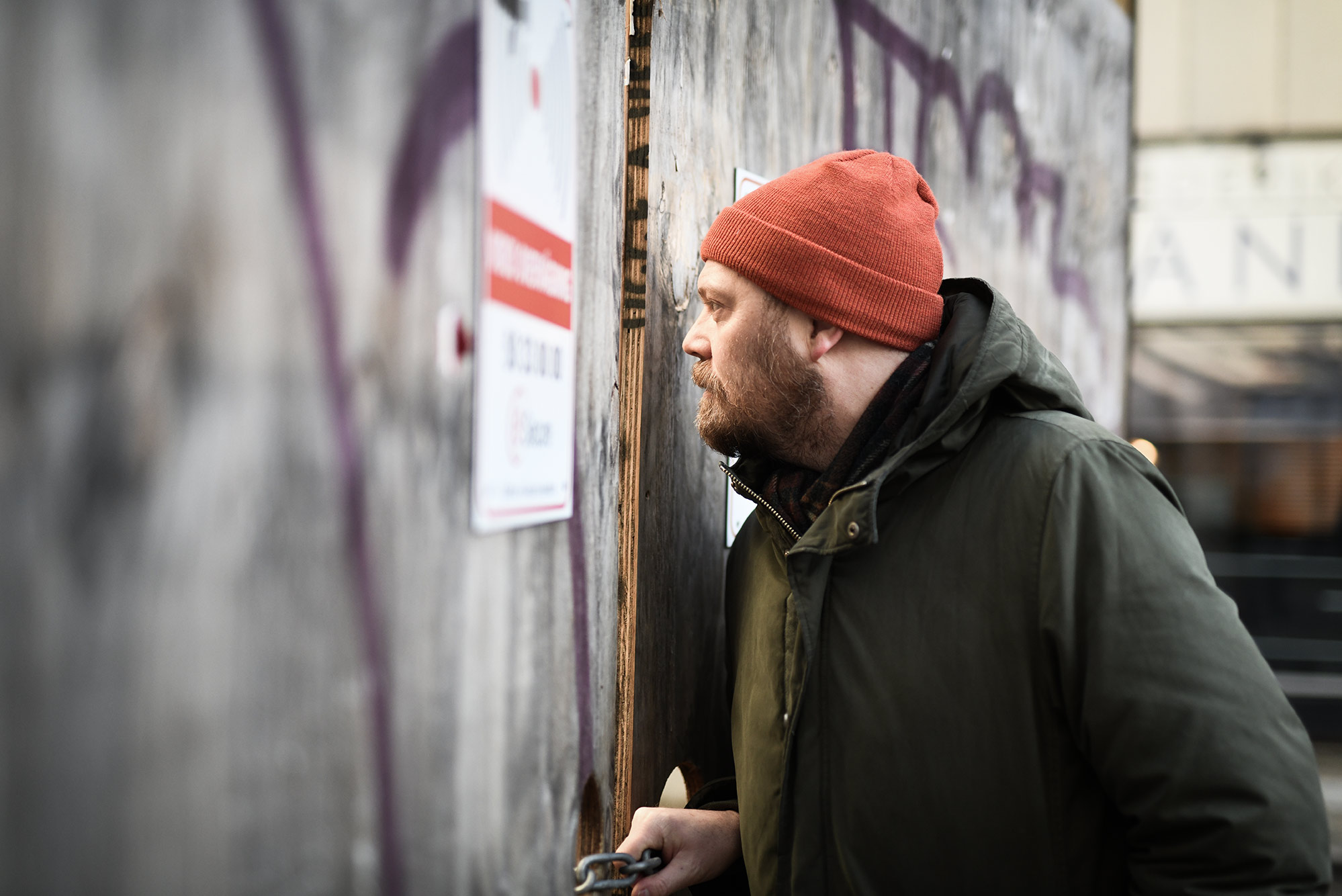 He remembers exactly, when he decided that he had had enough.

He was packing up one Friday afternoon at his department when one of his friends told him that he had spent the weekend reading crime fiction. His friend was doing a PhD on crime literature in Los Angeles. Lillemose himself was trying to understand an obscure concept in media theory that no one else had ever heard of outside the walls of a university.

»I thought: Damn! He sure has figured it out! Before that, I did not think it was possible to do serious research and be entertained at the same time. But it dawned on me that you could, actually. In many ways, my novel is the result of this realization,« he says.

»I do not see a contradiction between being entertained, and being critically conscious. This is traditional in academia. Quite the contrary, I believe that there is huge potential in developing critical awareness through entertainment.«

Don’t be scared of entertaining people

This is a key point for Jacob Lillemose: The entertainment part should be taken seriously, also in the research.

I sympathize with many researchers, because I know how damned hard it is today.

This applies to their subject areas. He has published several books on mainstream films, been on Danish TV to interpret what the trucker movie Convoy says about US society, and has studied zombie films to understand how the external pressure from the living dead, turns into an inner, mental pressure in isolation.

But entertainment has a value in itself as a format, according to him.

»I believe that entertainment can be used to catch people’s attention and to make them interested in your topic. Because if you don’t make them interested, you can’t get them to think. I don’t believe you can open people’s ears and eyes simply by saying: Listen to this, because it’s important!«

»You also have to reach people on different levels. To pique their curiosity and incite their enthusiasm, for example.«

Hard to be a researcher today

It is not easy to enrich academia with play and enthusiasm. Not at all in the year 2022. If anything, the universities are moving away from the virtues that Jacob Lillemose advocates.

The trend is for researchers to write more and more applications to no avail, to compete with colleagues to obtain the most citations and grants, and to be tied up with administrative work to satisfy the system.

»This is not fun at all. Researchers want to do research and, in many cases, also to share their work with others, also outside the university. But as it is now, the universities – through massive political pressure – lock researchers down into structures where there is no time, and no headspace to think, in terms of new formats and alternative research communication,« says Jacob Lillemose.

»I sympathize with many researchers, because I know how damned hard it is today.«

According to the author, the solution, however, is not to defer to the requirements of the system. The way forward is to be offensive: Find new ways of communicating your research that can blow out all the dust from the auditoriums and start thinking about the general public.

This can be in the mix of genres between books, exhibitions, films or something else entirely.

»I think that it is necessary to challenge the system,« says Jacob Lillemose.

»I’m not saying that my novel is the solution to end them all, but it is an honest attempt to expand the framework of research, and to communicate research to the general public.«