You have never seen the University of Copenhagen like this 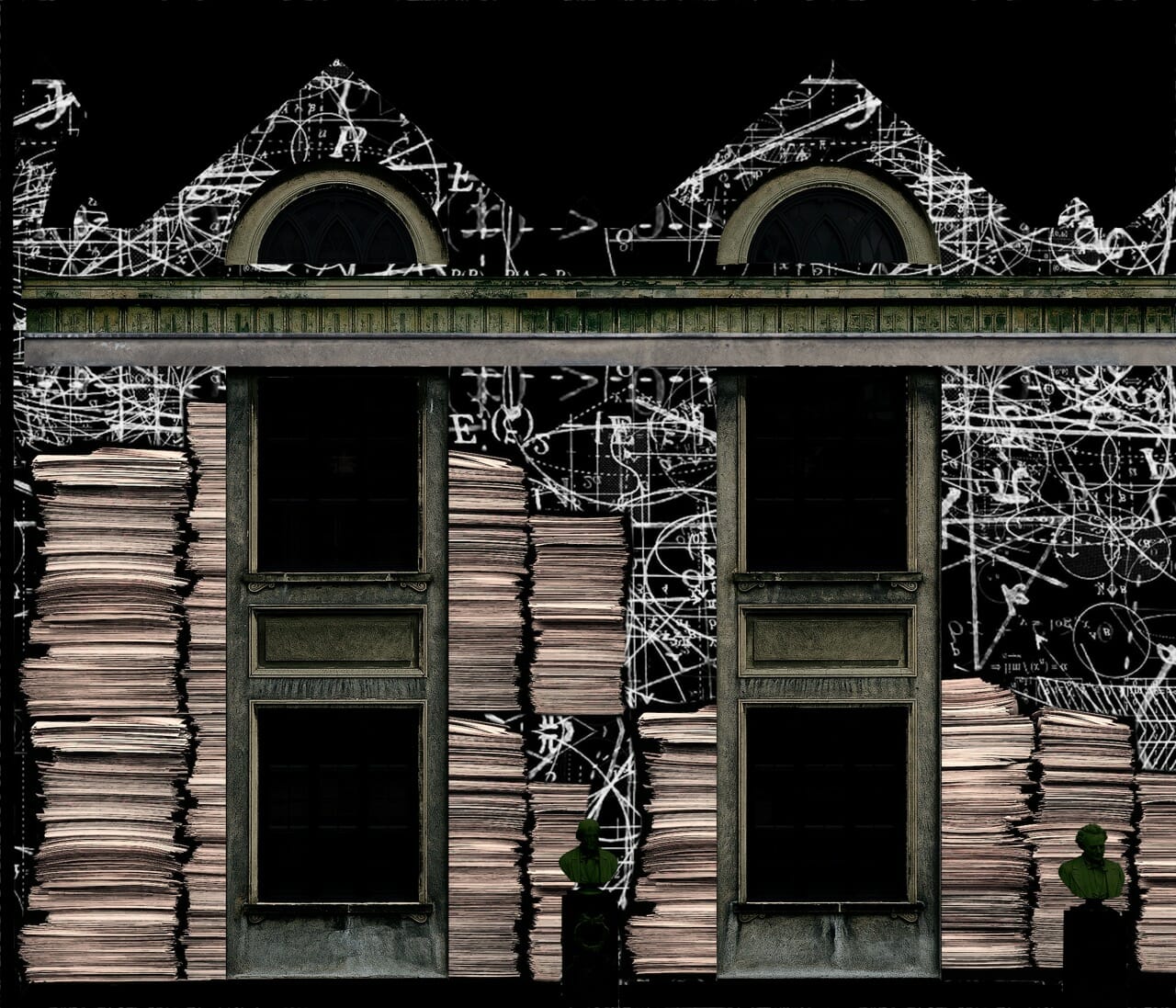 Here you go: The future of UCPH. The historic central building on Frue Plads in a light installation.

Art installation — Twice this April, the historic UCPH main building on Frue Plads will be transformed from classicist architecture to futuristic installation art.

The University of Copenhagen’s historic main building on Frue Plads will be electrified, for the second time on the 7th April.

In a post-human future farce, the university has been turned into a giant brain temple that accumulates infinite virtual worlds – and time, and reality as we know it, have been abolished.

With projectors and speakers, the artist collective will offer their take on what it is like in a near future completely modified by groundbreaking technology. They call the result UNITOPIA.

Ninna Steen and Thomas Hejlesen do video animations and optical illusions. With them they awaken the otherwise static architecture of the main building of the University to life, while Den Sorte Skole envelops Frue Plads in atmospheric music.

Den Sorte Skole has achieved something close to cult status with their music which is made up of thousands of sampled music fragments. It has been played on the Roskilde Festival stages several times, and now Den Sorte Skole has composed a piece of music especially for this occasion.

Performance and art in the city space

The event is free.

opens the season for Metropolis, which presents throughout the summer with international and Danish performances and art throughout Copenhagen. The performance lasts about 40 minutes, and on both days the sound and light installation can be seen in the period between 21.00 and 21.40.

Ninna Steen says that the collaboration would like to play with the idea of ​​what the university’s education and research would look like in the future if technological development accelerates.

“In a posthuman future farce, the university has turned into a giant brain temple that accumulates infinite virtual worlds – and the time and reality that we know, has been rescinded,” she says.

Martin Højland, one of the musicians in Den Sorte Skole, says: “Our collaboration with Ninna Steen and Thomas Hejlesen is an exciting process. There are many thoughts behind their visual work, and it is inspiring and gives the cooperation depth. The end result opens up for many interpretations among the audience. Our collaboration is open, based on trust and with the confidence that we can create something special if we seek out the most insane aspects of our common horizons.”

UNITOPIA runs at Frue Plads in the centre of Copenhagen on 7th April in the period from 21:00 to 21:30. The event is free.