Danish young people generally do what they are told. But not this one 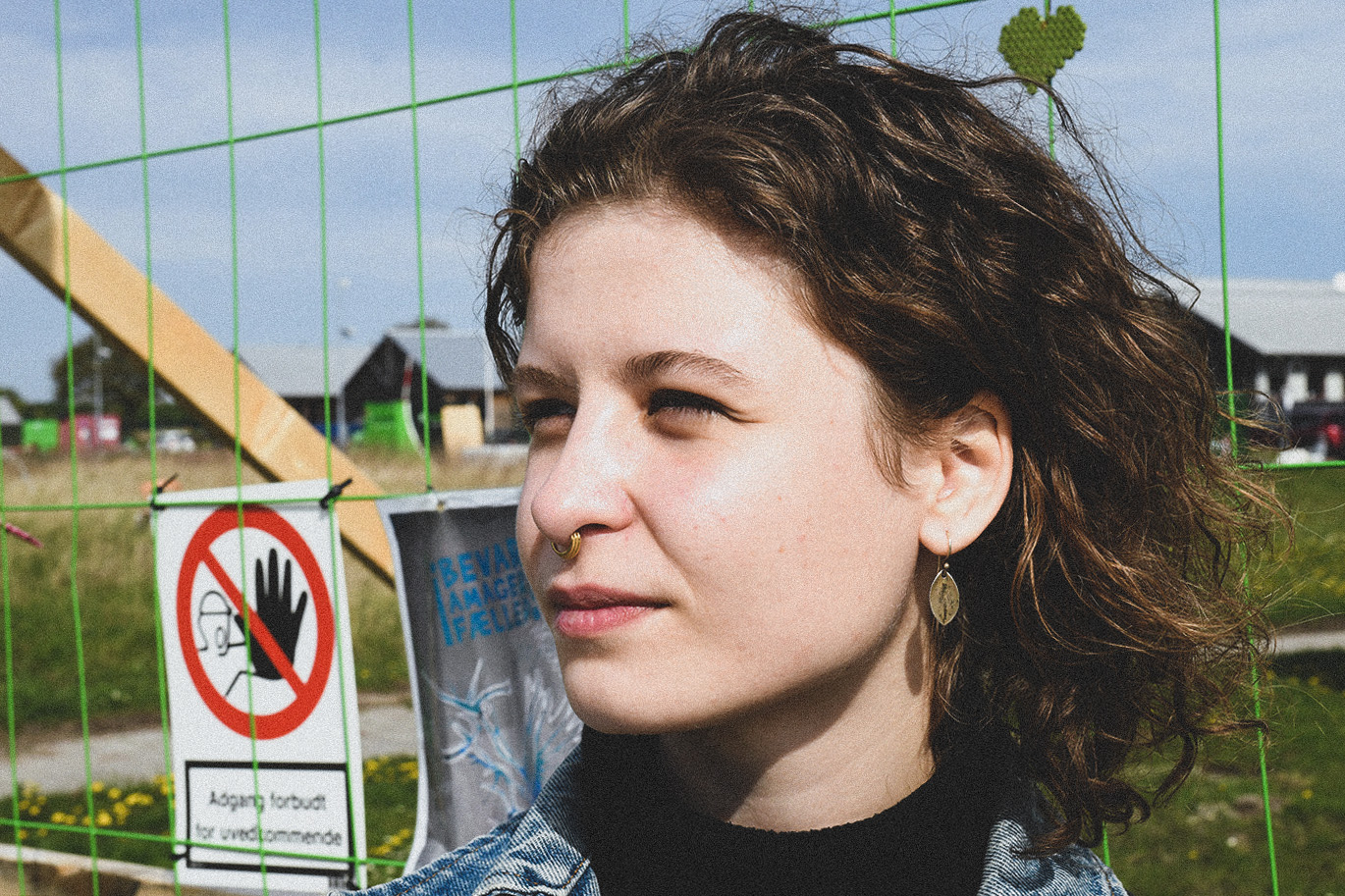 »There were five of us who got arrested and put into the local jail. But when you think back on it today, you could ask yourself whether it was worth sitting cooped up for eight hours just to stop a machine for five minutes,« says Daphne Jürgens. It was, she says.
image: Sally Frydenlund

Research has shown that Danish young people are obedient, conventional, and generally unwilling to engage in activism. We talked to a researcher and an activist student about this.

Young people in Denmark are interested in, and knowledgeable about, politics compared to their peers in other countries. But they are at the very bottom of the scale in terms of willingness to engage in activism. These are some of the conclusions you can draw from recent research into the political education and participation of young people in democratic countries.

There are, of course, exceptions. One of them is the climate activist Daphne Jürgens, who is a student of medicine at the University of Copenhagen.

For a long time, Daphne Jürgens tried to live as a vegan, avoid air travel, buy fewer clothes and generally live with as little climate impact as possible. But she says that it felt hopeless to try and change things on her own.

It took her a few months however to gather up the courage to go to a so-called on-boarding meeting with the activist network Extinction Rebellion, which also goes under the abbreviation XR.

Suddenly I got the feeling that there were others who felt the same way and do not think that I am extreme when I express how I feel.

»It was nice not to have to be alone with it. Suddenly I got the feeling that there were others who felt the same way and do not think that I am extreme when I express how I feel. Until then my family thought it was a bit crazy that I was a vegan, or that I didn’t want to take the plane on a holiday to Canada,« says Daphne Jürgens.

One of the actions she took part in with XR took place at Lærkesletten on the Amager Fælled common. This nature reserve has been the subject of heated debate since it was de-protected by a majority in the Danish parliament in 2019, after which local politicians in the Copenhagen City Council approved plans to set up housing there.

With about 30 other activists Jürgens took part in a protest against the housing construction one cold and rainy February day. On one image from the protest which she shows the University Post, you can see one of the XR activists sitting on a fence at Lærkesletten blocking the entrance to the waiting bulldozers.

»There were five of us who got arrested and put into the local jail. But when you think back on it today, you could ask yourself whether it was worth sitting cooped up for eight hours just to stop a machine for five minutes. Maybe not from a personal point of view. But to experience the anger of people for us wanting to save a small piece of nature, and to have this result in an arrest: This just showed that we have some insane rules,« she says.

Daphne Jürgens says that one of their objectives in doing civil disobedience is to provoke a certain anger in people. Anger is an effective way of getting people to react. That’s why the protest on Lærkesletten served a purpose, even though the construction work will continue, she says.

According to the so-called International Civic and Citizenship Education Study (ICCS) from 2016, young people in Denmark strongly support the conventional political system and are trusting of authorities. The vast majority of them do not identify themselves with activism and civil disobedience.

Jonas Lieberkind from Aarhus University is a researcher who does work on the democratic participation of young people. He elaborates on the results of the ICCS, which he himself helped to carry out:

Young people do tend to fall in line with the system they are a part of.

»Within some particular topics, young people in Denmark are incredibly interested and knowledgeable about the world they live in,« says Jonas Lieberkind. »But as for how this interest and knowledge is expressed, then it is clear that young people in Denmark have the lowest degree of active involvement in society or participation in political activities of an unconventional nature.«

There is no clear explanation for the low activism among Danish young people, according to Jonas Lieberkind. But he has conducted a qualitative study in 2017 with interviews of young people in the target group, and they typically stated that ‘we generally feel good about stuff in Denmark, and there is nothing important that we should change ‘.

Young people, in other words, generally support the existing welfare state, and according to Jonas Lieberkind they have »for the most part confidence in the system they are a part of«. 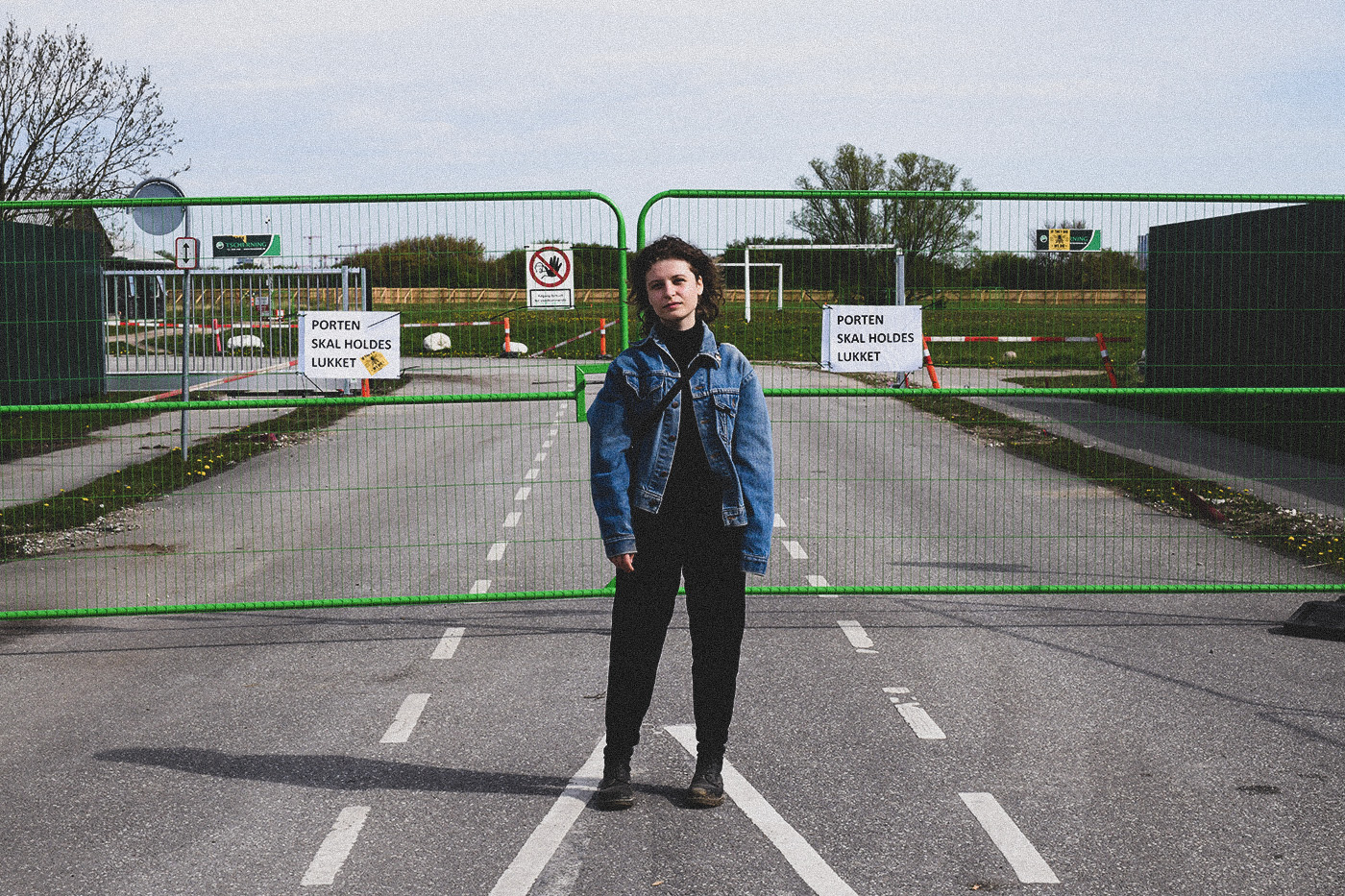 Could obedience and subservience be another possible explanation for young people today not being particularly willing to engage in activism?

»Definitely. All the statistics in this area indicate that they have an extreme degree of obedience. I believe we are presently dealing with a generation of young people who have never been ‘nicer’ than now. You can also see this in crime statistics, which are sharply declining, and the completion rates at universities show that they are completing study programmes faster. Young people do tend to fall in line with the system they are a part of nowadays,« says Jonas Lieberkind.

In May 2019 – shortly before the Danish general election – thousands of young people went out on to the streets for something called the People’s Climate March in different Danish cities. In Copenhagen alone, there were between 25,000 and 30,000 young climate-concerned participants, according to Copenhagen police. However, despite initiatives like the People’s Climate March, Fridays for Future and other demonstrations for a green agenda, there are no signs of significant changes in young people’s willingness to be disobedient and break with convention, according to Jonas Lieberkind.

»I find it hard to see that the green movement has any actual subversive ambition,« says Jonas Lieberkind. The green movement places greater emphasis on scientific reports, that is the common sense that adults have always represented. This is something that young people in the 1970s tried to take a stand against, as this implied precisely the ideology that the youth rebellion wanted to change.«

According to Lieberkind, young people speak the same language as in politics and business when it comes to the climate agenda. »I don’t see an ambition to revolutionise the system, I see an ambition to accelerate political processes,« he says.

One of the few organisations that is unconventional in their methods and that wants radical societal changes is precisely Extinction Rebellion. But Lieberkind says that the movement’s strategy of civil disobedience in Denmark is a difficult one.

READ ALSO: Caroline Reuter is in Extinction Rebellion: I feel that civil disobedience is our last option.

»There is simply no segment of the population that can understand the radical political message. And most young people don’t understand it either,« he says. »It is not because they preclude any form of activism. But they fundamentally believe that radical protest is a dishonourable way of being in the world,« says Jonas Lieberkind.

Daphne Jürgens disagrees. She argues that XR has grown in other European countries such as Germany and the UK. In time, civil disobedience can also become more prevalent in Denmark.

But she does recognise the tendency among her peers to not to want to go the extra mile for a political issue.

»People are very interested in politics in my circle of friends. But there are few who are willing to commit to activism in this way,« says Daphne Jürgens.

She says that she has spent a lot of time thinking about what the reason for this is. She has come up with an answer that resembles what Jonas Lieberkind’s research shows:

»I just think that many young people in Denmark are OK, live a pleasant life, and are not that personally affected by political decisions. And I think that you are more willing to go to extremes if you take the things that you are fighting for personally.«

Can you understand it if many people find it difficult to identify themselves with breaking the law?

»I can understand that people are uneasy about what we could end up doing if they just see pictures of our protest actions or hear the words ‘civil disobedience’. But it’s all completely peaceful – and it has nothing to do with the exercise of power and of violence,« says Daphne Jürgens. She also acknowledges that XR has not been good at communicating this non-violent message.

»We live a life where there are no large class differences, where there are not that many people fighting just for their bare existence like in other parts of the world. And we do not feel the climate crisis on our own bodies. It feels very far away, and I think this makes a big difference in terms of whether people are willing to commit to activism,« she says.

»I think that the rebellion is not encoded into our culture, even though I actually feel that there are many who have a revolutionary potential.«