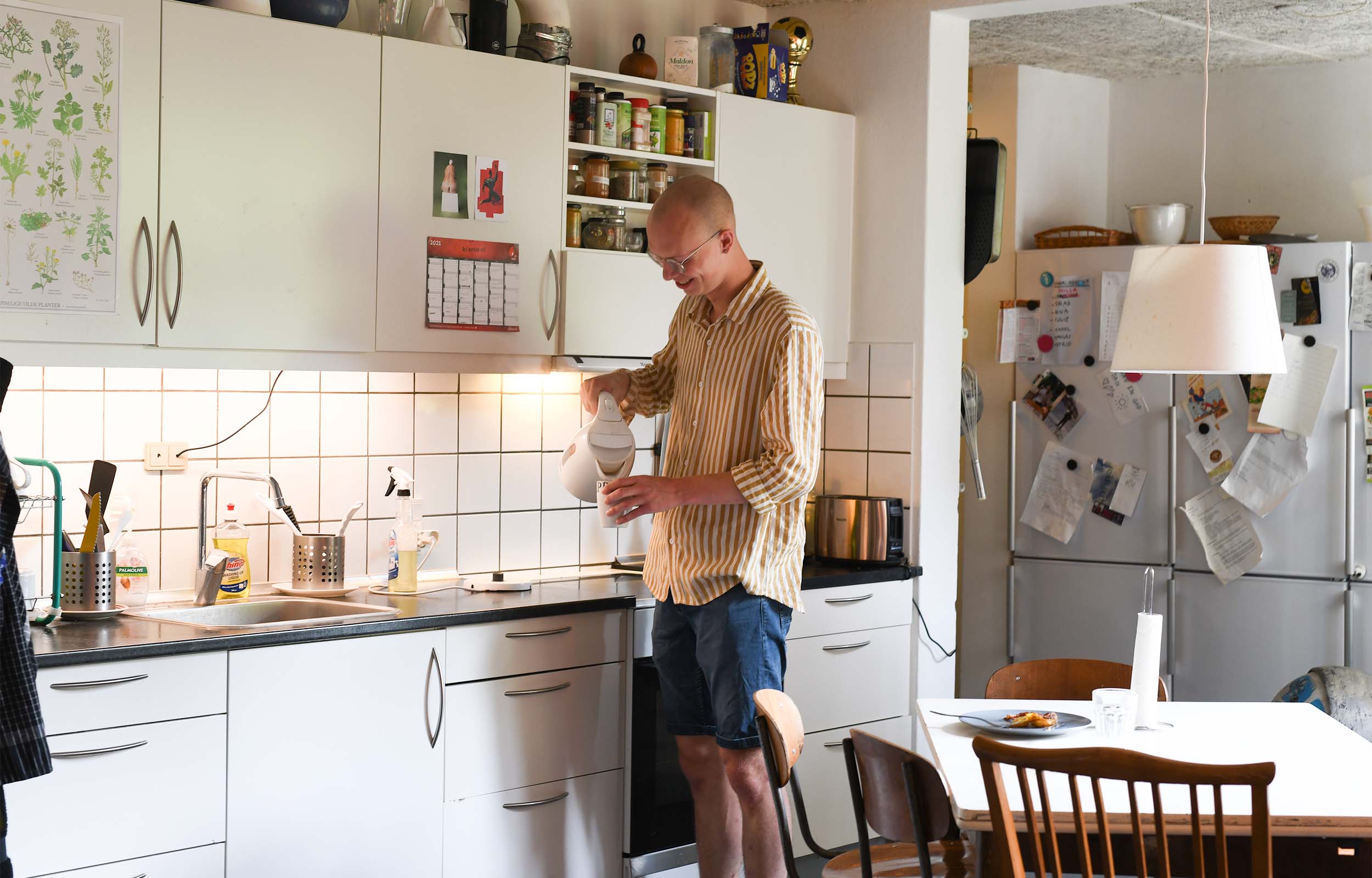 Dorms Disclosed — In the old building on Ryesgade 58, which used to be a squat by the Danish BZ or occupy movement, approximately 40 young students share their daily lives with each other in a residence hall that seems more like a hippie collective.

Ryesgade 58 in the Østerbro district in Copenhagen has a history as a home to squatters from the Danish BZ ‘occupy’ movement from 1983-1986. The conflict between the BZ’ers and the police reached its high point in the ‘Battle of Ryesgade’, where the residents after a nine day siege ended up abandoning and leaving the building. The Danish singer Kim Larsen once tried — unsuccessfully — to buy and give it to the residents.

Today, the Ryesgade dorm is a quieter place that houses around 40 young students on five floors with seven people and one shared kitchen on each.

There are also two one-room flats and five two-room flats that you can sign up for. The rent varies between the different types of rooms, but is somewhere between DKK 2,800 and 4,100.

»It’s really, really cosy. It has a bit of a community atmosphere.«

It is difficult to hide from the others in Ryesgade, according to Rikke Møller.

»It is not a requirement that you participate actively in the community. But it’s just a lot, lot cooler if you do it. But you don’t have to live up to some kind of social code.«

The small size of dormitory means that it is easy to exert an influence over your kitchen, and there is no bureaucracy stopping you. This can also be seen at the residents’ meetings, which are not particularly formal:

»There is always one item on the agenda, and that is gossip,« says Rikke Møller laughing. 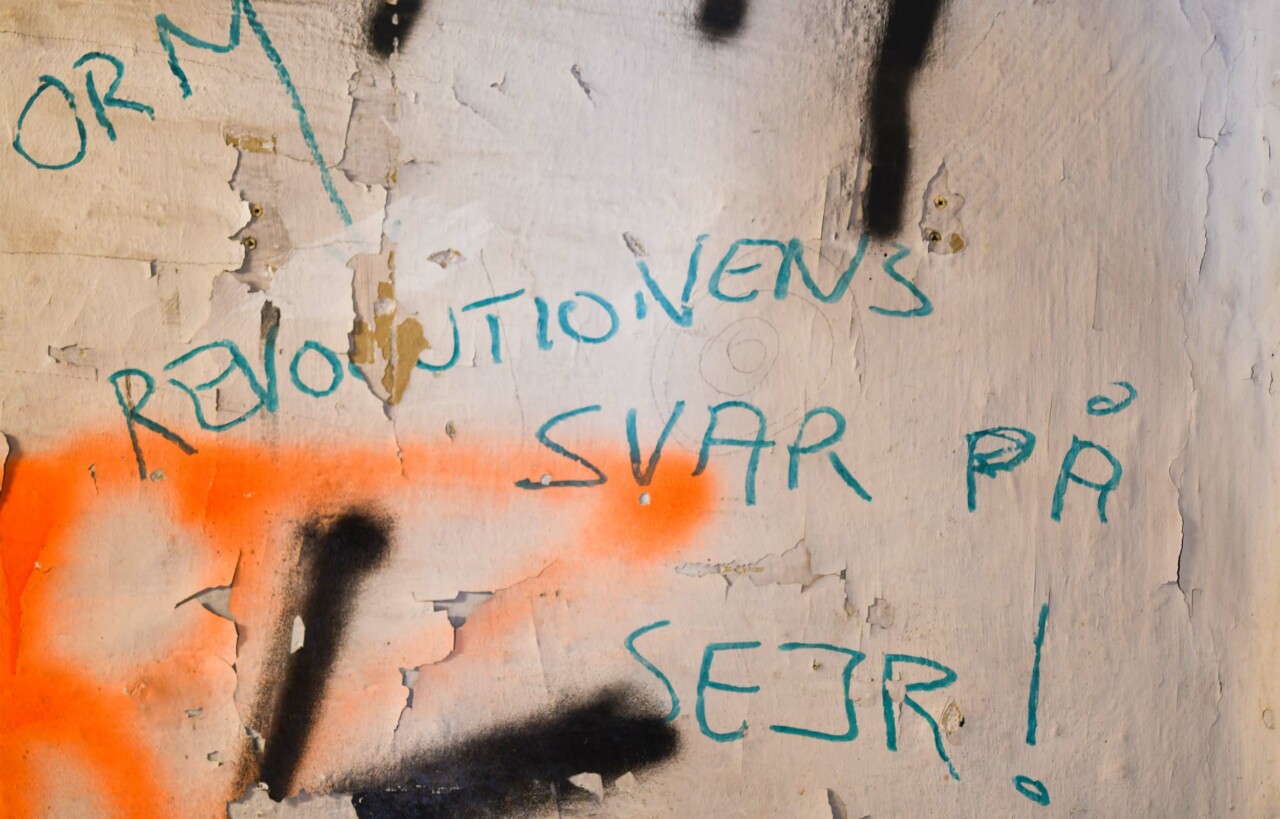 The Ryesgade Kollegiet past, as occupied by squatters from the BZ movement, can still be sensed today.
image: Foto: Anna Trads Viemose. 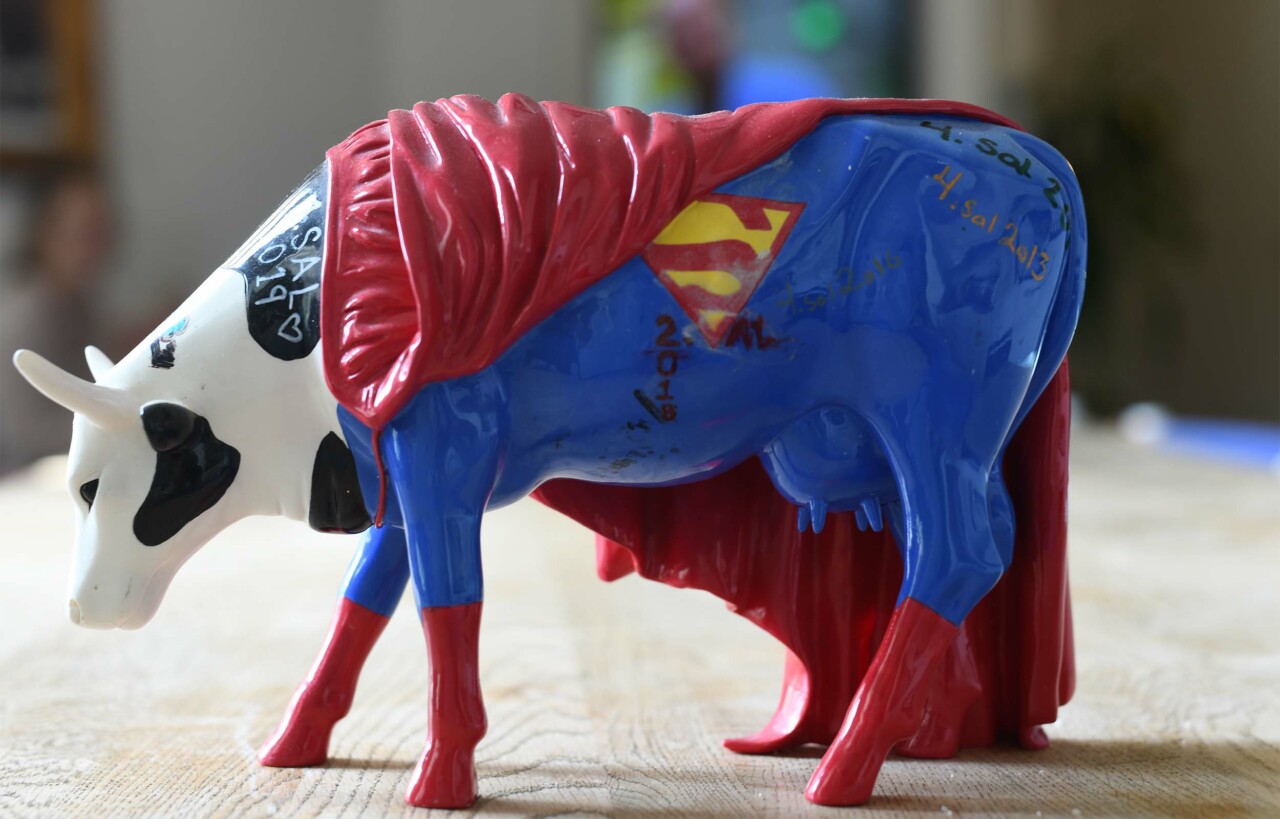 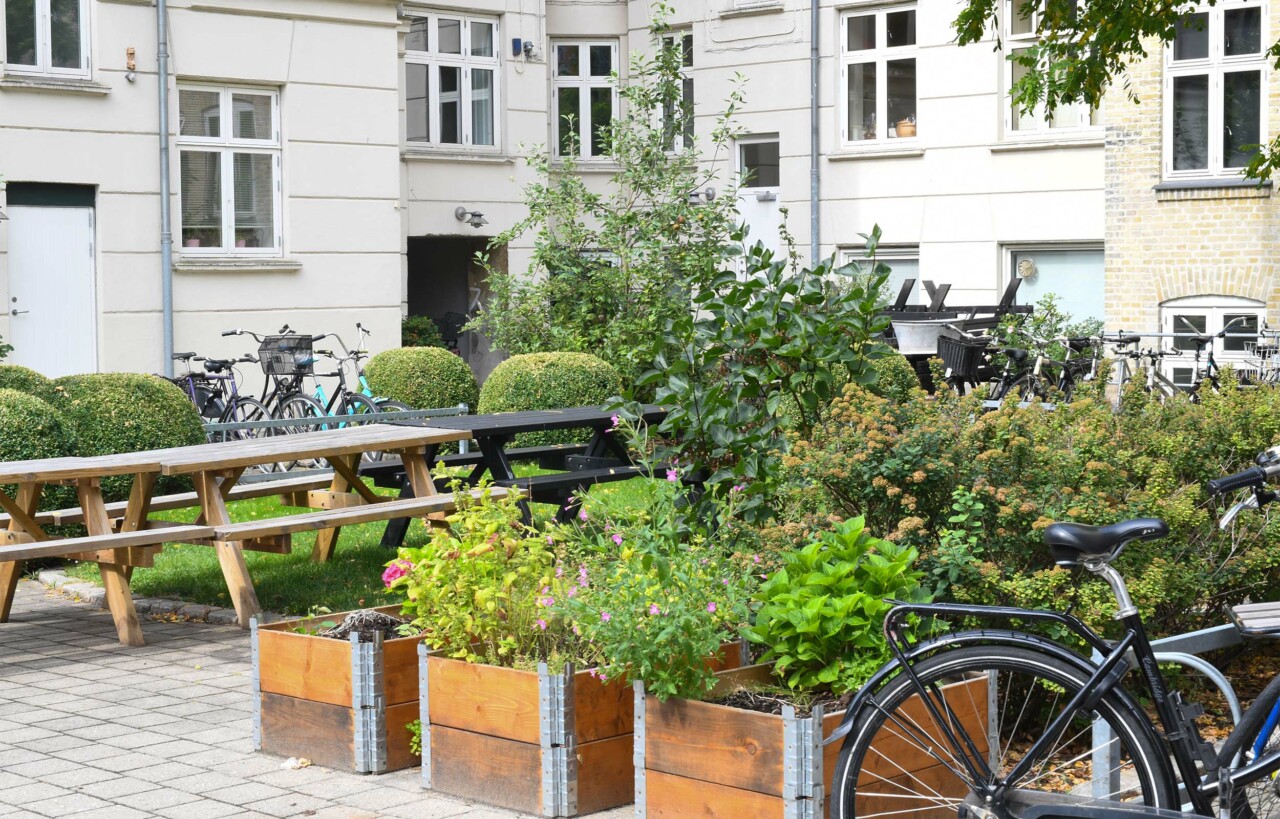 The residents themselves are responsible for their communal areas, which they prefer to organise with recyclable furniture and knick-knacks in what Rikke Møller calls »the do-it-yourself style.«

»It’s a good mixture of random things. That’s just how I think we find it the nicest,« says Rikke, but adds that a beer-fridge should be a fixture.

This could be used for a bi-annual ‘floor crawl’ , where the different floors in the building compete for the ‘the eternal cow’. Each floor needs a theme here, and the classic theme is the BZ squatter theme, says Rikke Møller: »Then we listen to a bit of Kim Larsen and throw some cobblestones.«

According to Rikke, however, it is the »informal community« that makes up the Ryesgade residence hall. »It is not so much that there is a party going on, but more that you can sit on the couch together, and knit, and have a chat.«

»It’s an easy community to be a part of.«

[This review has been written by a student reporter at the University Post.  If you want to write an English-language review of your dorm write to uni-avis@adm.ku.dk and mark it ‘Dorms Disclosed’] 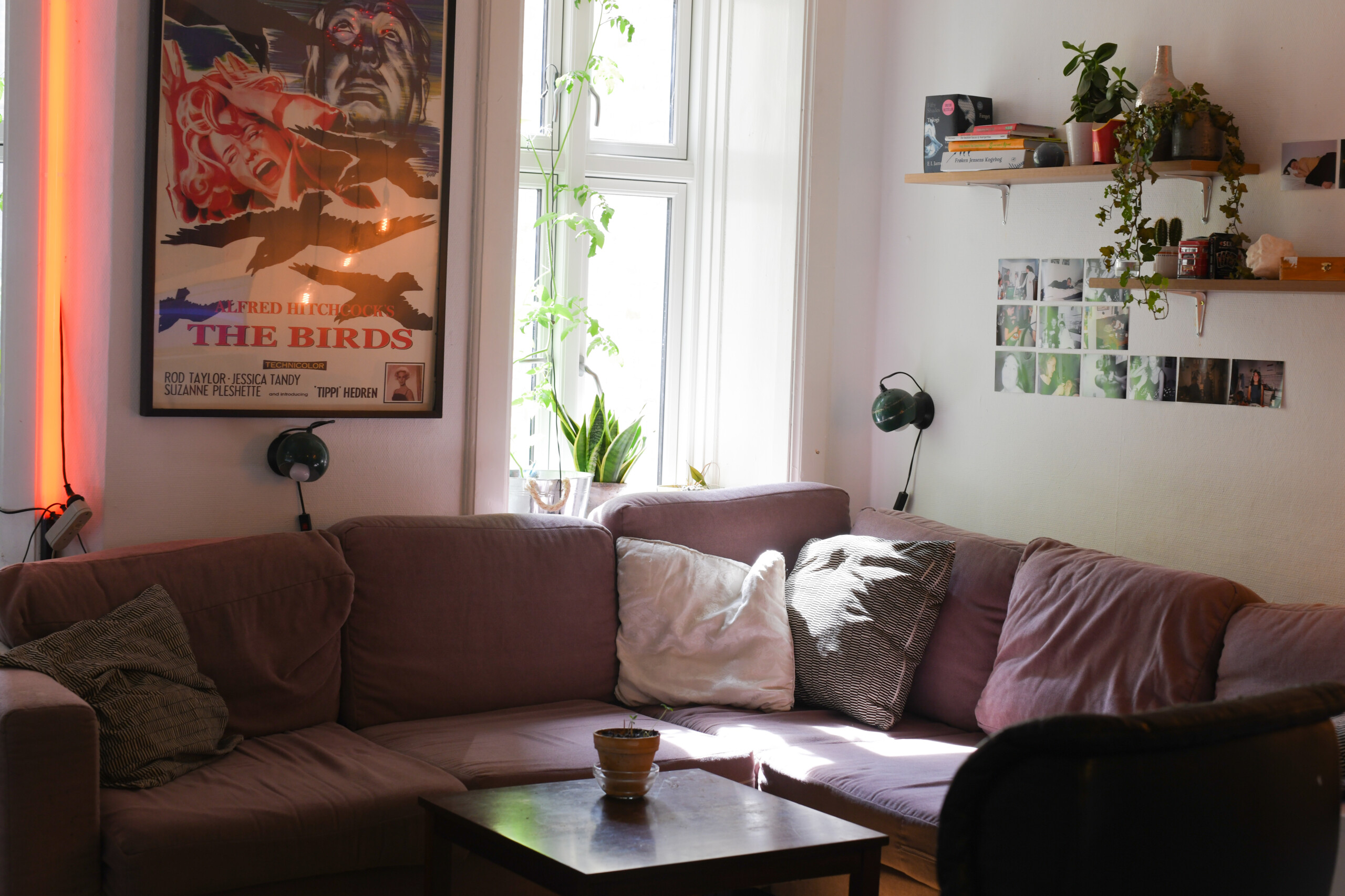 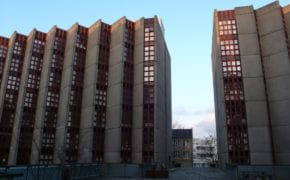 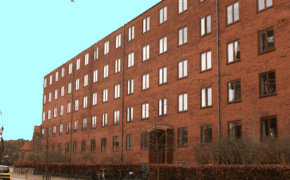 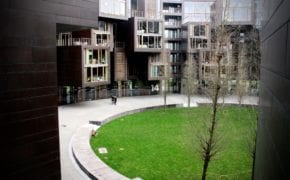