A history of the University of Copenhagen Friday bar 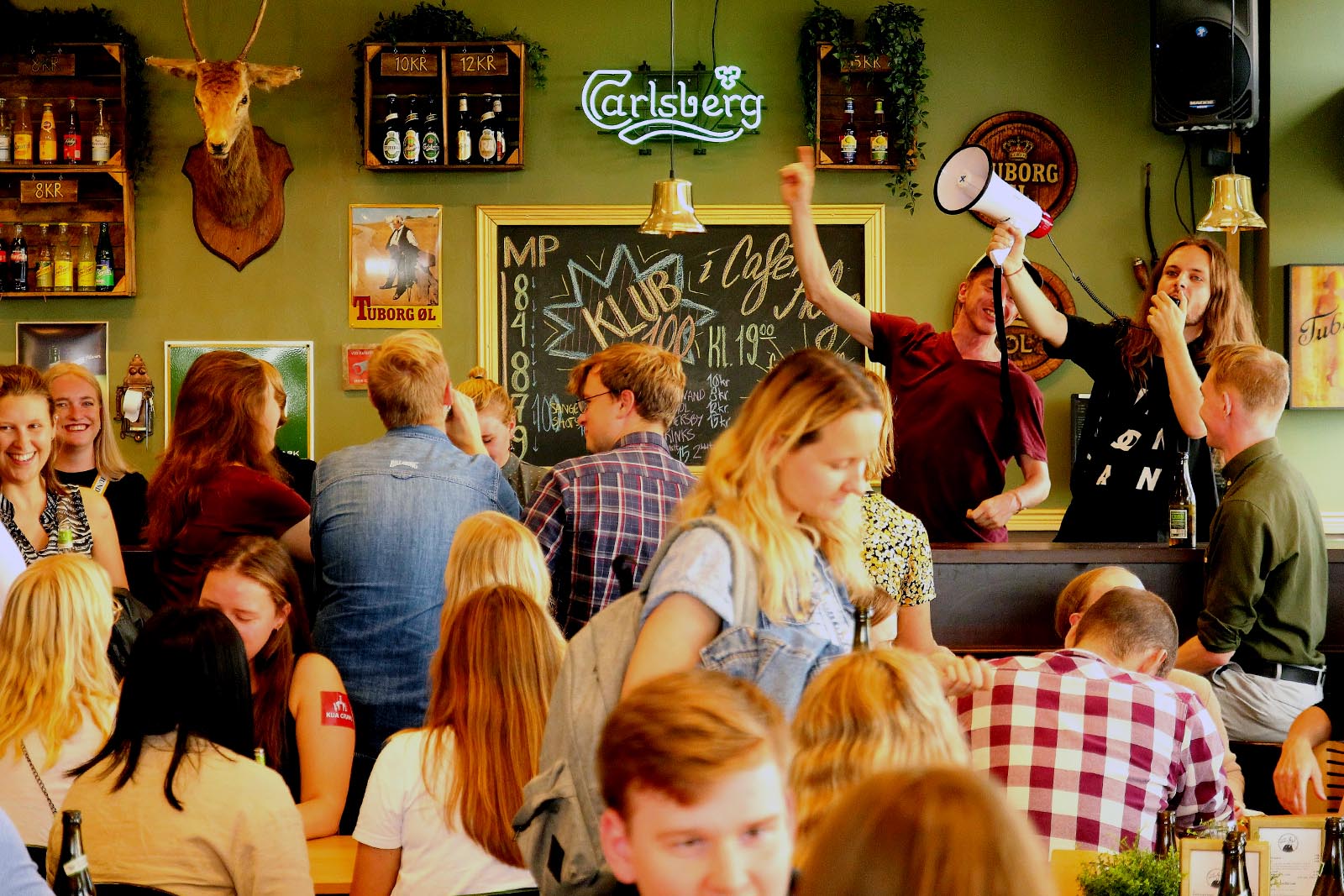 History lesson — Ever since the University of Copenhagen was founded, higher learning and heavy drinking have gone hand in hand. Take a trip down memory lane to a time when drunken, knife-wielding students wreaked havoc in the streets of Copenhagen and find out how today’s Friday bar crowd compares to the rowdy revelers of yore.

The Friday bar is a modern invention, but capping off a busy week of studies by getting hammered is by no means a new concept, according to associate professor of the history of science and universities at The Saxo Institute, Morten Fink-Jensen.

»Back when the university was founded in 1479 and during the Reformation students were prohibited from drinking. Obviously, the administration admonished students for drinking, because experience had taught them that it was necessary,« he says.

Morten Fink-Jensen has agreed to guide us through the sordid history of partying at the University of Copenhagen, and as it turns out drinking habits of Renaissance era academics was anything but well-mannered.

The Saturday bar is open for business!

The University of Copenhagen was founded at a point in history when drunkenly staggering about in the streets of the city was not frowned upon.

»Up until the 1700s, drinking was normal across the stratum of society,« says Morten Fink-Jensen. »Because it was healthier to drink than the water, beer was the main constituent of the daily diet. Even the king and the nobility, who enjoyed an elevated position in society, would frequent taverns and were often seen drunk in public.«

When students had an argument or a fight, they would take it outside in the street and duel armed with rapiers.

The same thing goes for students at the university. On Saturdays, when the last lecture of the week had concluded, students set off to the nearest watering hole in Copenhagen’s Latin Quarter. There were plenty of taverns in the area around : Simons Kælder on Gammel Torv, Rosen on Gl. Strand, as well as Dyrkøb, a more distinguished establishment which left such a permanent mark on the city as the street that housed it would eventually be named after it. We know the names of these taverns, because they appear in official records of the time. Students would name them when being questioned by the police.

»Police records typically tell the same tale. A group of students have been drinking and fighting, and occasionally things really went awry. There are two examples of students getting in a fight over the outcome of a game of cards or dice and one student subsequently stabbing the other to death,« says Morten Fink-Jensen.

In the 1500s and 1600s most students carried knives with them. Things did not improve when students eventually switched out their knives for rapiers:

»It led to a lot of duelling. When students had an argument or a fight, they would take it outside in the street and duel armed with rapiers. This was strictly forbidden and the punishment was severe, but it did not deter people from the practice.«

Far from every student was a drinker (and a fighter), but even so the average University of Copenhagen student of the 1600s differed greatly from the notion of the highbrow academic we have today.

»In the 1600s, many students at the university were sons of farmers. They did not come from academic homes, they gambled and sang risqué songs in taverns. They roamed the streets in packs and picked fights with sailors, court servants and butcher’s apprentices. They were kind of like gangs fighting over turf.«

The university administration, to some extent, turned a blind eye to student excesses. And attempt was made to combat the problem by prohibiting taverns from extending students credit. This was, however, to no avail:

»The proprietor of a tavern knew that if he refused to serve students, they would just go across the street to his competitor who was willing to extend them credit.«

From heavy drinkers to hard-line teetotallers

It took a major change in society for students to tone down their alcohol consumption. In the early 1700s the European Pietism movement hit Denmark.

»Certain types of social behaviour were now frowned upon. King Christian VI, who was himself a devout Pietist, banned theatres. The development had major ramifications for the students and the ideals of the professors.«

They roamed the streets in packs and picked fights with sailors, court servants and butcher’s apprentices.

Up until this point, the university had its own dungeon where unruly and drunken students were sent to cool off.

»The dungeon was closed down due in part to a decrease in offences, but also because it was believed that a dungeon had no place in a university. The notion of the university as a bastion of learning became prevalent—among the students as well as the administration. The students now considered themselves part of an academic society far removed from the masses.«

Philosophers and poets of the tavern

Pietism fell out of favour after the 1750s and in the 1800s, students once again took to drinking in taverns. A new entertainment district sprung up in Allégade on Frederiksberg, where among others the famous Danish poet Oehlenschläger frequented Håbet which today houses the TV channel TV 2’s regional outlet in Copenhagen, Lorry. But things had changed since the hay day of binge drinking in the 1600s. Most students now came from middle class homes and they brought a new sense of etiquette with them from the university into the taverns:

Student unions and fraternities were established, where students would discuss art and culture while smoking their pipes. The development continued well into the following century until a major demographical shift changed everything. The age of the masses—and with them the Friday bar—was rapidly approaching.

Moderate drinking and the modern university

»Many new students did not come from academic homes, so they had no expectations or notion of the dominant culture at the university. They came from a social background where going out drinking on Fridays and Saturdays was more common than it was among their peers who had grown up in academic homes,« says Morten Fink-Jensen.

At the same time, the university went through a process of fragmentation. Faculties moved out of the inner city. Student social life no longer revolved around the centrally located student unions. The new generation of students were eager to form new social relations and a sense of community spirit at the individual faculties scattered around Copenhagen. Thus the Friday bar was invented.

Ever since, students have been drinking at Friday bar events without being expected to recite bombastic verses of poetry.

»In some ways, students of today resemble their peers of the 1600s,« says Morten Fink-Jensen.

He does, however, stress that not all students party to cope with the travails of student life—this has always been the case. And according to Morten Fink-Jensen the current generation of students appear to be more moderate in their alcohol consumption than previous generations:

»There’s been a significant shift in perception over the course of the last decade—within the university administration as well as among the student body. Alcohol and drinking games are not as important to students as they used to be. Today, there are other ways to connect and create a sense of community.

(This story was originally published in Danish on 25 August 2015).