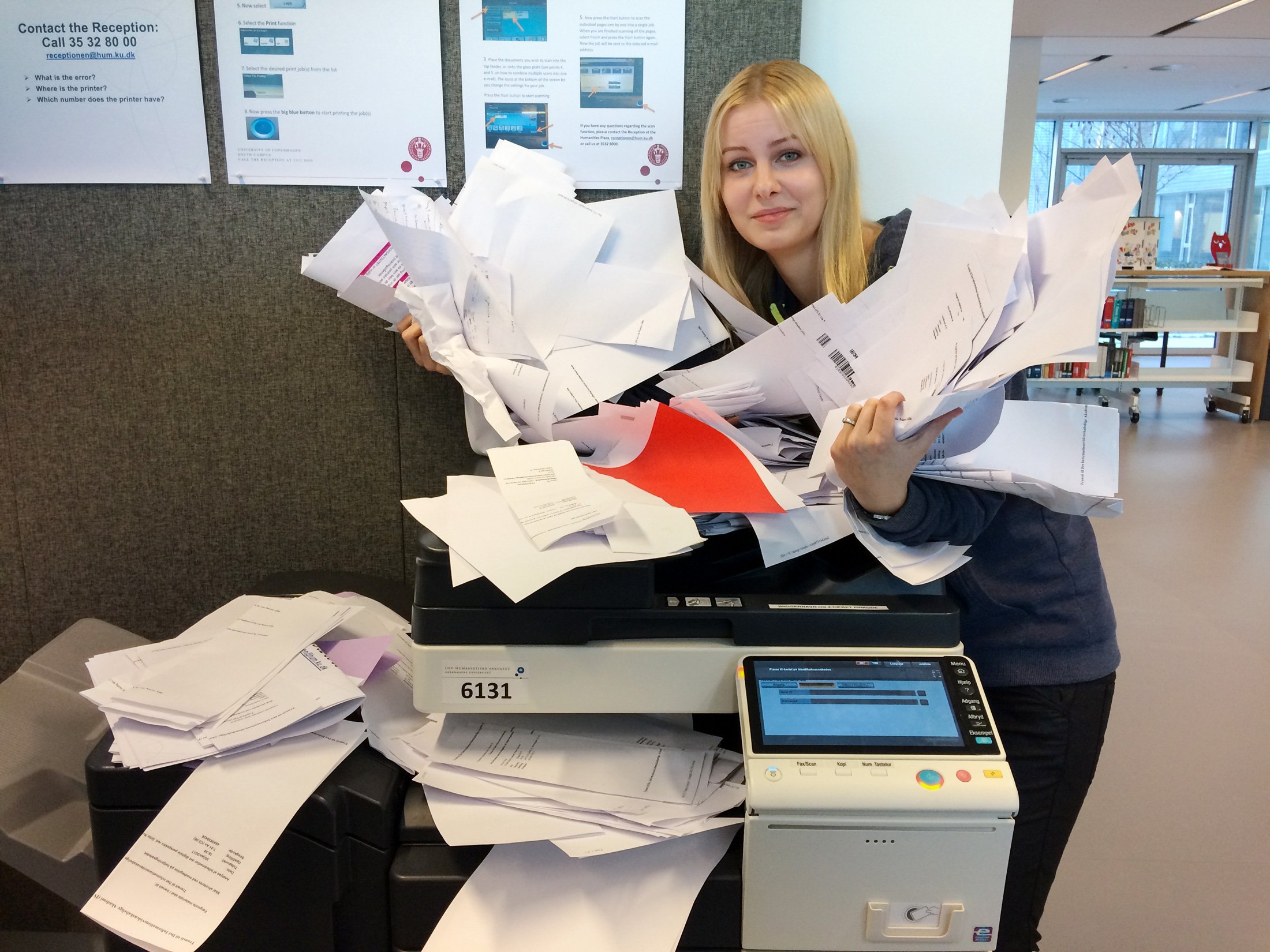 Law student Victoria Sobocki has collected signatures in protest against a requirement to bring your own printer to examinations
image: Stine Broch

Students at the Faculty of Law were required to bring their own printer for the exams. Not anymore.

The students of the Faculty of Law have been swearing for years over a requirement to bring their own printers to examinations at the Frederiksberghallen location.

Now the sight of frowning law students with big bulky sports bags on the way to the subway, bus or subway will all soon be over.

After a long period of discontent and petitions, the problem has finally been resolved.

Monday 13th February 2017 and the administration at the Faculty of Law informed students that exams will no longer be held in the Frederiksberghallen. Students will use a digital exam, so the printer requirement is unnecessary.

“With the move to South Campus, all students will get the option to submit their written exams with supervision in the form of a digital exam. This applies to all large, compulsory subjects with over 500 students registered. This means that the assignments, responses and delivery will be carried out electronically. So the printer has become redundant.”

“The faculty has long been aware of the impracticality of students bringing their own printers to the exams in the Frederiksberghallen location. I’m really pleased that we could in this way improve the conditions for students in this area also,” writes Stine Jørgensen, associate dean for education at the Faculty.

She writes that it had always been the idea to drop the printer requirement when the faculty moved to South Campus in the Amager district.

The solution to the printer problem has made Victoria Sobocki happy. She started a petition for the abolition of the printer requirement on 7th February 2017.

“I started the petition because I think it was an old fashioned way of doing things, now that the other study programmes deliver their assignments digitally. It was incredibly stressful to have to bring your own printer and it was of course also heavy and inconvenient to have to carry it back and forth,” she says.

The printer requirement would not have affected the exams that she herself is missing, but she welcomes the fact that other students will avoid all the hassle.

Victoria Sobocki’s petition reached out to hundreds of law students who shared her anger and frustration on Facebook. Within days, 130 students had signed it, and many of them added long, frustrated comments.

According to Victoria Sobocki the problem was not only the hassle of getting the monster printers transported to the examination rooms. It also sounded a godawful racket when several hundred students had to print out at the same time.

She witnessed a student desperately trying to pull out the paper from a printer that had jammed.

Law students often had to use energy and resources to get the planned journey by taxi or the family car to and from the exams because it was heavy to transport the printer, books, computer and wiring back and forth.

There was even a UCPH student who ended up being suspected of terrorism. A fellow passenger on the train reported him to the police as he seemed nervous, of Middle Eastern appearance, and carrying a large bag (which turned out to contain a printer).