Kirstine Bukhave has an underlying condition: »I just can't cope with anything beyond the next two weeks« 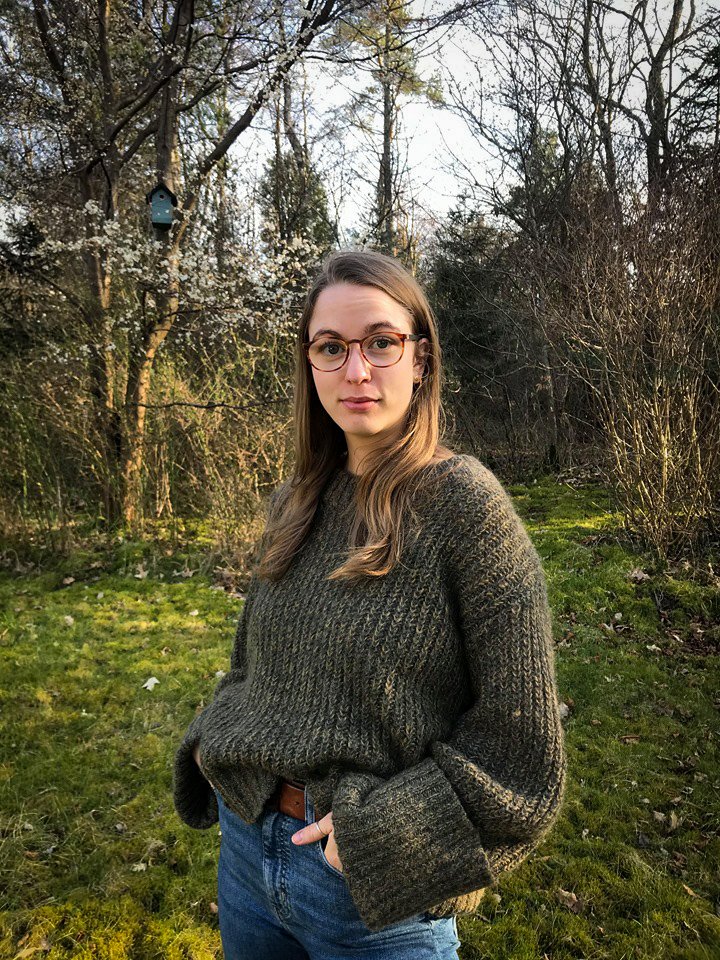 When she hears about other students playing beer pong and behaving like nothing has happened in this time of infection, she gets like 'a bitter old lady', says Kirstine Bukhave.

Corona — 24-year-old political science student Kirstine Bukhave has a weakened immune system and almost panicked when she heard that the government would shut down large parts of Danish society. Around this time, she had been surrounded by about 100 people.

The seriousness of it all dawned on Kirstine Bukhave in the middle of a sentence. She had been at the Søpavillonen night club on Friday 6 March. The following Monday it emerged that a corona-infected guest had been at the night club the day before, on Thursday 5 March. Now she was talking to her sister, who was worried that her newborn daughter would become infected with corona.

»Listen,« Kirstine Bukhave said to her sister, »if anyone should be worried, it’s me.«

Kirstine Bukhave remembers that the realization creeped up on her as she said the words: She has, in fact, more reason to fear COVID-19 than most people.

She belongs to the group of people with a chronic condition who, along with elderly people, can statistically be affected the hardest by the coronavirus. Kirstine Bukhave has psoriasis, a chronic autoimmune disease that, in her case, requires treatment with immunosuppressant medication. This means that her immune system is relatively weak in fighting viruses.

»I always get sicker than other people,« she says.

The Danish Psoriasis Association, which Kirstine Bukhave herself used to be a spokeswoman for, writes on their website that there is still only limited knowledge about the risks for psoriasis patients. But it confirms that patients with moderate to severe chronic diseases are among the specific groups at risk identified by the Danish Health and Medicines Authority. They specifically point to patients that take immunosuppressant medications like Kirstine Bukhave.

The Psoriasis Association recommends on its website that the patients take special precautions, limit social contact, and inform others about their situation.

Kirstine Bukhave is following this recommendation, but only after she got another shock.

On the Wednesday after her visit to the Søpavillonen club, she surrounded herself with about 100 fellow students who had assembled to practice this year’s revue at the Department of Political Science. They didn’t hug, they didn’t shake hands, and they maintained their distance from each other, but Kirstine Bukhave remembers how they joked about the situation. Like when they avoided touching each other in sketches that usually require contact.

However, the levity of the situation was abruptly punctured when Prime Minister Mette Frederiksen held a press conference that same evening announcing a series of significant measures. These included sending all government personnel with non-critical functions home for a two-week period.

I got scared. In a completely irrational way.

»I got really uncomfortable with the whole thing and I got up and left early,« says Kirstine Bukhave.

I got scared. In a completely irrational way. My first instinct was, ‘Damn. How do I even get home?’ I just had to take a moment to breathe and compose myself.«

Since then, Kirstine Bukhave has holed herself up in her apartment, where she lives alone, and with her parents and sister, who also stay away from other people for fear of infecting her.

READ ALSO: Medical students had to wait 7 hours for a response on Friday bar coronavirus case

She does not, however, intend to detach herself completely from the outside world. On Friday 13 November she shared a video on her Facebook wall where she first explains her situation to her network and then calls on herself, and others, to remember the essentials. You have to look after the vulnerable people and the elderly – not just now, but always – that you do the right thing if you do what the authorities say you should do. And that if you get sick, you should remember that Denmark has a well-functioning healthcare system.

»These are three things that I needed to write down, because I myself find it all to be a bit creepy,« Kirstine Bukhave says at the end of the video.

But the video also has a different purpose. Throughout her life, Kirstine Bukhave has seen people forget she is sick, even her closest friends. Normally this feels like a success when it happens, because she does not want to be sick. But during the spread of corona it’s different, she says. Now it is the duty of all citizens to take the most vulnerable people in society into account: the elderly and those with chronic diseases.

Clearly not everyone does.

Walking around the lakes in Copenhagen, you could still see café guests drinking wine next to each other last Tuesday. And as darkness fell Friday and Saturday, the deep bass from private parties spread through several parts of the city. It has even emerged that a group of students infected each other with coronavirus during a game of beer pong, right after everyone was urged to take strict precautions.

Kirstine Bukhave says she gets angry when she hears stories like these.

When I am done being the bitter old lady, I then think that it’s all about ignorance.

»It’s all so ‘head up your ass’-like, so self-absorbed, and then I feel like turning into an old woman and saying: Do you realize that you may end up not playing beer pong for the next three months? You will certainly not be able to go out for a long time if you don’t stop doing it now. This isn’t a joke,« she says.

»When I am done being the bitter old lady, I then think that it’s all about ignorance. You don’t know what you have to make a decision on. A lot of people are blind to this. It says a little about how big the task of communicating this is.«

At the time of writing, the Danish Health and Medicines Authority estimates that the number of corona-infected people will peak at the end of April, i.e. in about a month and a half. If this is true, Kirstine Bukhave can look forward to several weeks in solitary confinement.

She doesn’t want to look that far ahead, however.

»I can feel that I get really upset. I’m a really social person, and I get a lot of energy from being with other people. So I don’t even know how to deal with it in my head. My brain just can’t cope with it,« she says.

»It’s obvious that it won’t be over in two weeks time, but I simply can’t handle the rest of it. So that’s why I’m only looking two weeks ahead.«

Chief surgeon wants an explanation: How did my research on circumcision end up in a course on 'fake health science'?

With university closed, Julie is scared of her own decline