Lone Simonsen: »People no longer look down on scientists in the media« 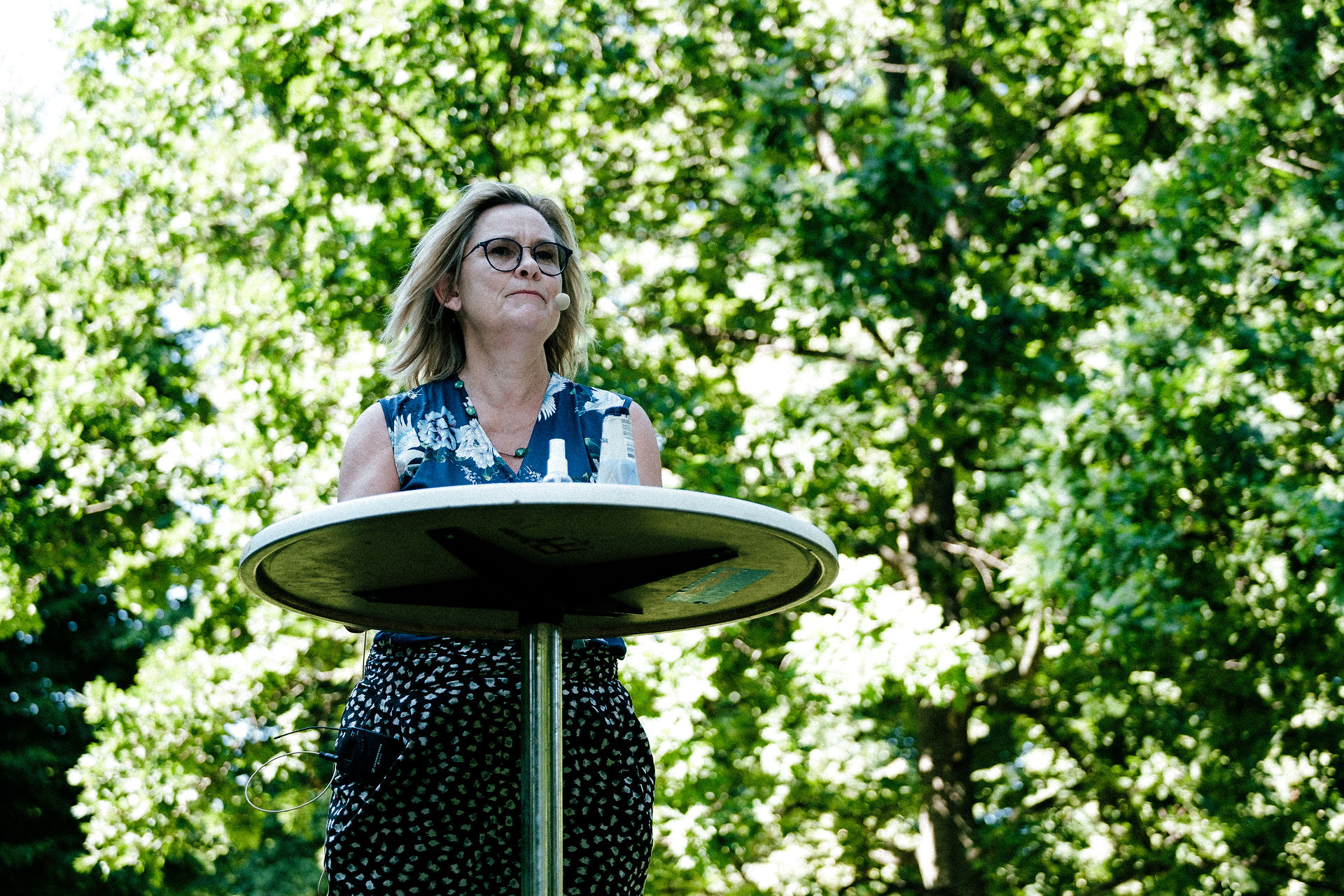 During the first Danish lockdown, Lone Simonsen spoke to journalists 10-14 hours a day – and says it almost drove her insane. But, she says: it's no good knowing something if you can't pass it on.

How much does your phone ring now, compared to during the lockdowns?

»In the beginning, I answered all the calls, but it got too much. It often turned into ten to fourteen hour-days, and some red ears. It got to the point that me and my husband almost went insane. Later, I started asking journalists to send a text and explain what it was about, and then I will write back.«

»The reason I got so many calls was probably that there are not so many people in Denmark that have spent their careers researching pandemics. Now we have a wider range of experts, which include immunologists, virologists, clinicians and other people who offer relevant angles to the story.«

What do you think in general about the domestic Danish coronavirus debate?

»I think it’s been positive. I find that the journalists have done a good job. It is an advantage that there are many journalists who have specialised in this area and who have written about it throughout the entire pandemic period. In fact, I see some of them as my colleagues.«

The last Danish corona restrictions are being lifted – at least this time round. The University Post asks its top researchers to look back at the coronavirus debate and their own role in it. What was good and bad, and what have they learned?

You have taken part in the public debate before. What has been different during the pandemic?

»The blind alleys that run on social media. All these conspiracy theories that the vaccine is dangerous and created by the Devil, while others believe that there is no virus, and that the experts are dishonest. There may not be so many of these people, but they are very loud.«

»For me personally, what is different is that I have gone from being an anonymous researcher to becoming widely known in Denmark. I’ve even been in women’s magazines, and I’m suddenly a person that people recognise and stop on the street.«

»As a researcher, I see communication as a very important part of my job. It’s not interesting if a researcher knows something but cannot pass it on. It has been a great pleasure to be able to be part of this.«

»It is positive that a shift seems to have taken place, where the research world no longer looks down on those who are often in the media. There used to be this perception that researchers who often speak to the media are not good researchers, and that they were doing it because they found research difficult. And it has not been something that the universities have rewarded.«

»But we have been a group of researchers during the corona epidemic who have educated and explained to the best of our ability what was happening – the latest knowledge – while at the same time being deeply involved in the research. And the universities could see the advantage in us being in the media. I also note that the Royal Danish Academy of Sciences and Letters now offers a course in good research communication.«

What have you experienced in terms of negative reactions?

»I have generally received positive feedback, but some people have also written to me saying that I have no clue. They often refer to me as being a woman, or that I’m from Roskilde University. This is a really hateful form of communication, that is unfortunate because it means that the people who are not sure whether to take the vaccine or not, find it difficult to figure out what is misinformation and what is not.«

»When I say that the vaccines that are highly effective are our best means to end the corona pandemic, I am also told that I am only saying this because I have previously worked for Anthony Fauci (the head of the National Institute of Allergy and Infectious Diseases in the US, ed.). But I’m proud of that, because he is one of the world’s most talented researchers.

The pandemic has evolved very unpredictably. Is there something you regret having said?

»First of all, I had already anticipated in 2018 that a coronavirus would cause the next pandemic. When Covid-19 turned up, I was in the media in February 2020 saying that it would turn into a pandemic. So that turned out to be right.«

»On the other hand, some of my statements have not been precise enough, and this has meant that they sometimes have been perceived as political. This happened, for example, when I came forward and explained that we would have had between 16,000 and 32,000 corona deaths in Denmark, if we did not go into lockdown quickly and efficiently. People said that I was promoting Danish Prime Minister Mette Frederiksen’s policy, but I was just communicating what was the public health science truth.«

»From this I’ve learned that I always have to make an effort to keep myself on that side of the playing field that is health science, because people quickly get the impression that you are stating a political opinion.«

What else have you learned from the debate?

»I sometimes find that – and this is probably a Danish phenomenon – that it’s important to bring out two sides to an issue, even in cases where there is actually only one side.«

»And I have noticed that journalists often do not know that we as researchers have mastered different research fields. You should not, for example, ask me about chemistry, and you should not ask a chemistry professor about pandemics. Even the many Danish coronavirus experts do not all do the same thing, we range from vaccinology to immunology, epidemiology to mathematics – and these subtle differences have not always been appreciated.«

»That’s why I frequently send journalists on to colleagues, because they ask me about something that I am not an expert in.«