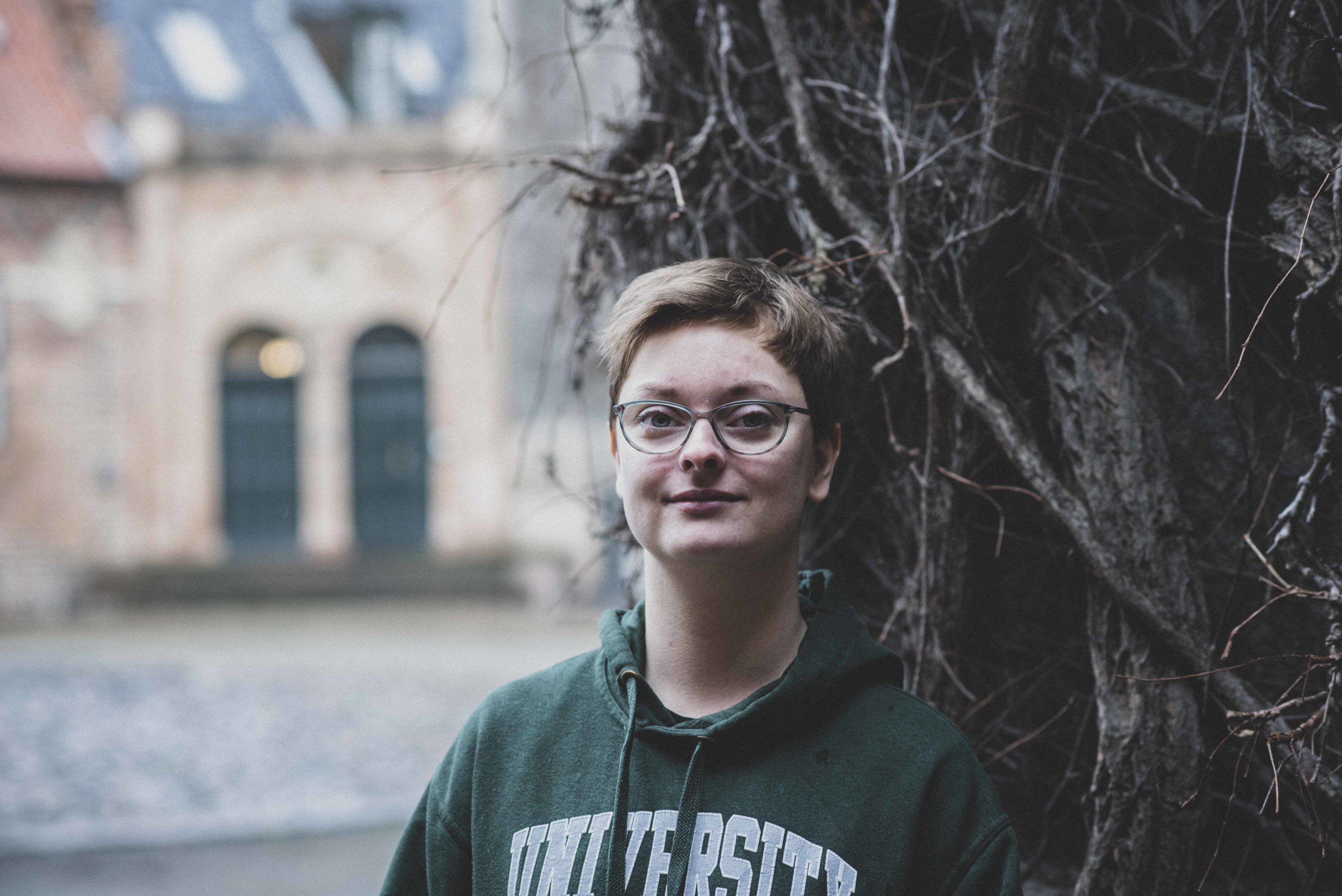 Nanna Andersen's study abroad took a twist when one of her roommates confided to her that she had lost the will to live.
image: Johanne Nedergaard/Uniavisen

Study abroad — Nanna Andersen's housing situation in Scotland turned out to be emotionally exhausting. But she still doesn’t regret going on exchange.

by: As told to
Johanne Nedergaard

I was on an exchange at Stirling University in the autumn of 2018. I wasn’t one of those people who goes on exchange to take a semester off. I took some subjects that I couldn’t follow on the English study programme at home, so I went for the academic content. I also expected to go on a lot of trips around Scotland – I love nature and I really wanted to go to the Highlands.

I got a room through the university at a dorm called Alexander Court. We were six girls in one apartment, all exchange students for a single semester. I started talking, in particular, to one of the girls, who came from Canada. We went on a trip to the Highlands together and she was one of the people that I enjoyed being with the most. We became close, and this was super cool because it wasn’t something that I expected when I left.

Series – when study abroad is difficult

Studying abroad is – for most people – a semester that can stay with you for life, both as memories and as learning opportunities. A stay abroad can lead to many expectations. But what do you do when things do not go as planned? This series of articles offers insights into students’ problems far away from home, and how they handled them.

One Saturday night, sitting in the living room watching movies on my computer, she came in. I could see from her gaze that she was agitated, as she messed with her clothes and looked nervous. Then she sat down and asked if I could get the number to a self-help line to work on my phone. I couldn’t, and I could see that she didn’t really know what to do. I told her that I would like to listen if she needed to talk.

She said that she was not considering actually committing suicide, but that she had thought in detail about how she could do it. That’s when my alarm bells started ringing. I told her, of course, that I was sorry to hear that she felt this way, and then we both went down to the dorm’s administration office, where there is always a guard on duty. He found a number to another self-help line. When she talked to them, she broke down completely and said she didn’t know what to do.

READ ALSO: How to get your uni work done while stuck inside during corona lockdown

Soon the other flatmates found out what was going on. Somehow it became our job to keep her alive. We found some sleeping pills in her room which we took from her right away. We took turns being with her so she wasn’t alone and we made sure she got food and that she got outdoors. We followed her on visits to the doctor and to other professionals at university. But one of the problems was that she didn’t tell the whole truth when she talked to them. She never said she was considering suicide. 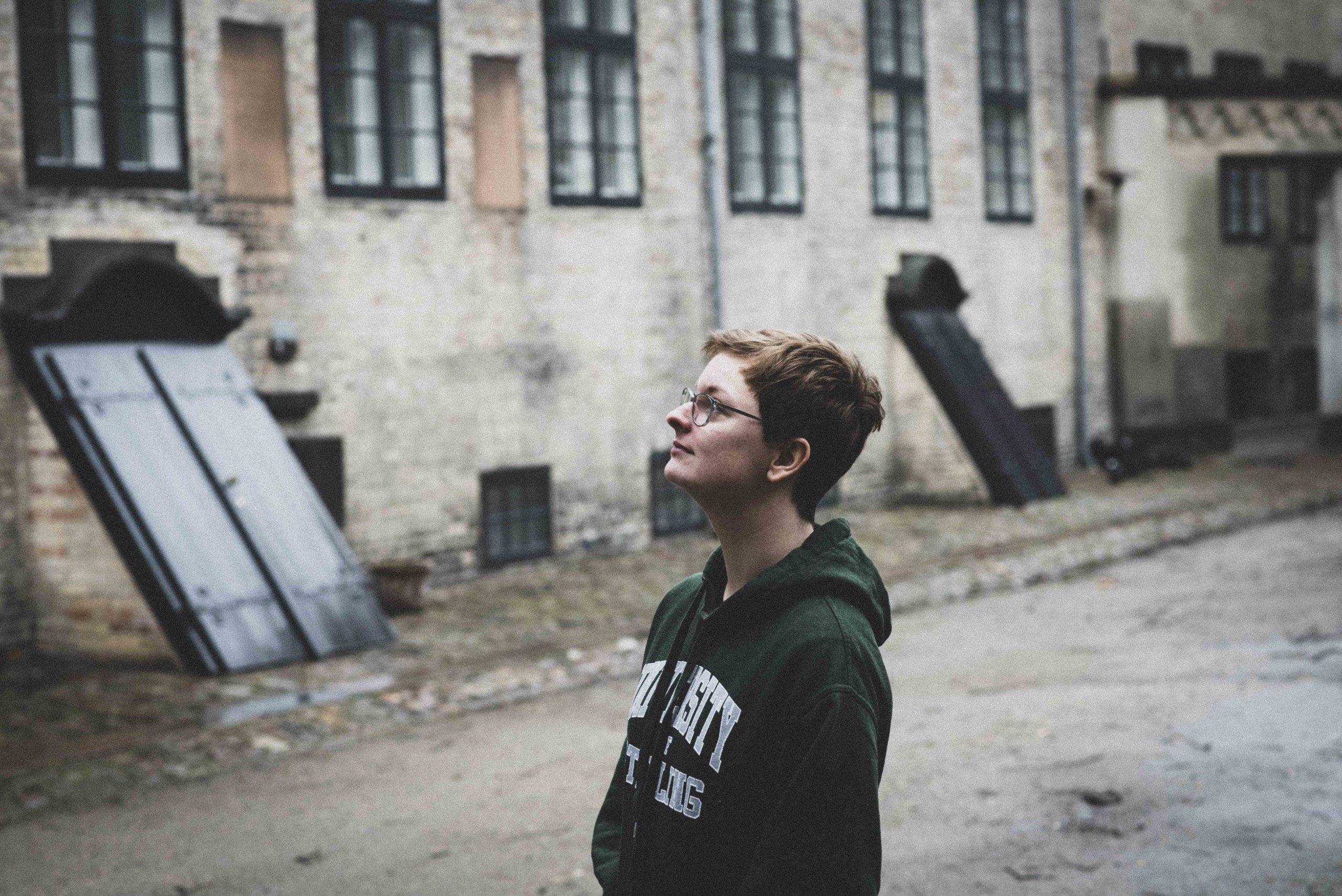 She just shut off all her common sense. And I can understand why you do that when you’re so far down, and nothing makes sense anymore. But for us who lived with her, it was really frustrating not being able to help when that’s was the only thing you wanted to do. Then the atmosphere got very tense. She had a hard time pulling herself together for anything, and even her movements were very slow. Throughout that period, it was like our own lives were standing still and it really drained our energy.

Sticking together and responsibility

The whole situation brought the rest of us in the apartment a bit closer together. We were in it together, and it was serious business. We needed to talk to each other about it, because we felt bad about being in a situation where we felt powerless, and not being able to offer the right help. I personally felt a huge amount of pressure because it was me she came to first. I felt responsible for getting her through it. I’ll never forget that semester.

I personally felt a huge amount of pressure because it was me she came to first.

One night it got so bad that she called a psychiatric ward. We phoned them, and we were told to call a cab, because she had to go in there right away. She was in there for one night, and she came home again the next day, and I don’t know if she should have been sent home.

When the thoughts of suicide came to light, things really started to move fast. It didn’t take more than a few days, and she was on her way home to Canada. We held a farewell dinner for her, and we gave her a letter in which everyone had written a personal greeting to her where we wished her the best. There was a slightly ambivalent vibe about the whole thing. We wanted to make it a good farewell. But she felt really bad that she was going home, because it felt like a huge defeat.

We found some sleeping pills in her room, which we took from her right away.

She seems to be okay today. I don’t talk to any of them much anymore. But on social media it seems like she’s getting better. Our friendship somehow slipped away. It took up so much of my life when that she was really down. So it was also hard to remind her of all the good things that happened. It was as if all the good experiences had been shut away.

»I have no regrets about going on study abroad«

The first thing I think of when I think of my study abroad is that my roommate was suicidal. I was really concerned with this at the time, of course. But I have no regrets about going on study abroad. I feel like I’ve learned a lot about myself and my own psychology, and when I have to set boundaries on certain types of behaviour. It’s made me stronger mentally to be in that situation. I also learned a lot from being that close to someone who feels so bad, and trying to figure out how to tackle it and help out best.

She went to study abroad and didn’t expect to be struck down with depression.

Depression can afflict anyone, anytime, anywhere, even when you’re studying abroad. She went to study abroad and didn’t expect to be struck down with depression. We went to study abroad and didn’t expect to live with someone who got a depression. It took us all by surprise. No one tells you that you can actually start feeling really bad while you are studying abroad. Depression, anxiety and stress don’t take where you are in your life into account. Neither do they take into account that you’re supposed to be having fun.

If I was to give some advice to people going on exchange or study abroad, it would be: Get to know the people you live with very well. Remember to enjoy your stay, even if terrible things happen, and remember that you left on exchange to have a good time. While all this was going on, I could still go to classes and do my assignments and enjoy the beautiful scenery – in fact I think it actually helped me get through it all.

Nanna has completed her bachelor’s degree and is taking a six-month break before she starts on her master’s.

Chief surgeon wants an explanation: How did my research on circumcision end up in a course on 'fake health science'?

With university closed, Julie is scared of her own decline