At Beyoncé course: “Some people think that this subject does not belong at university" 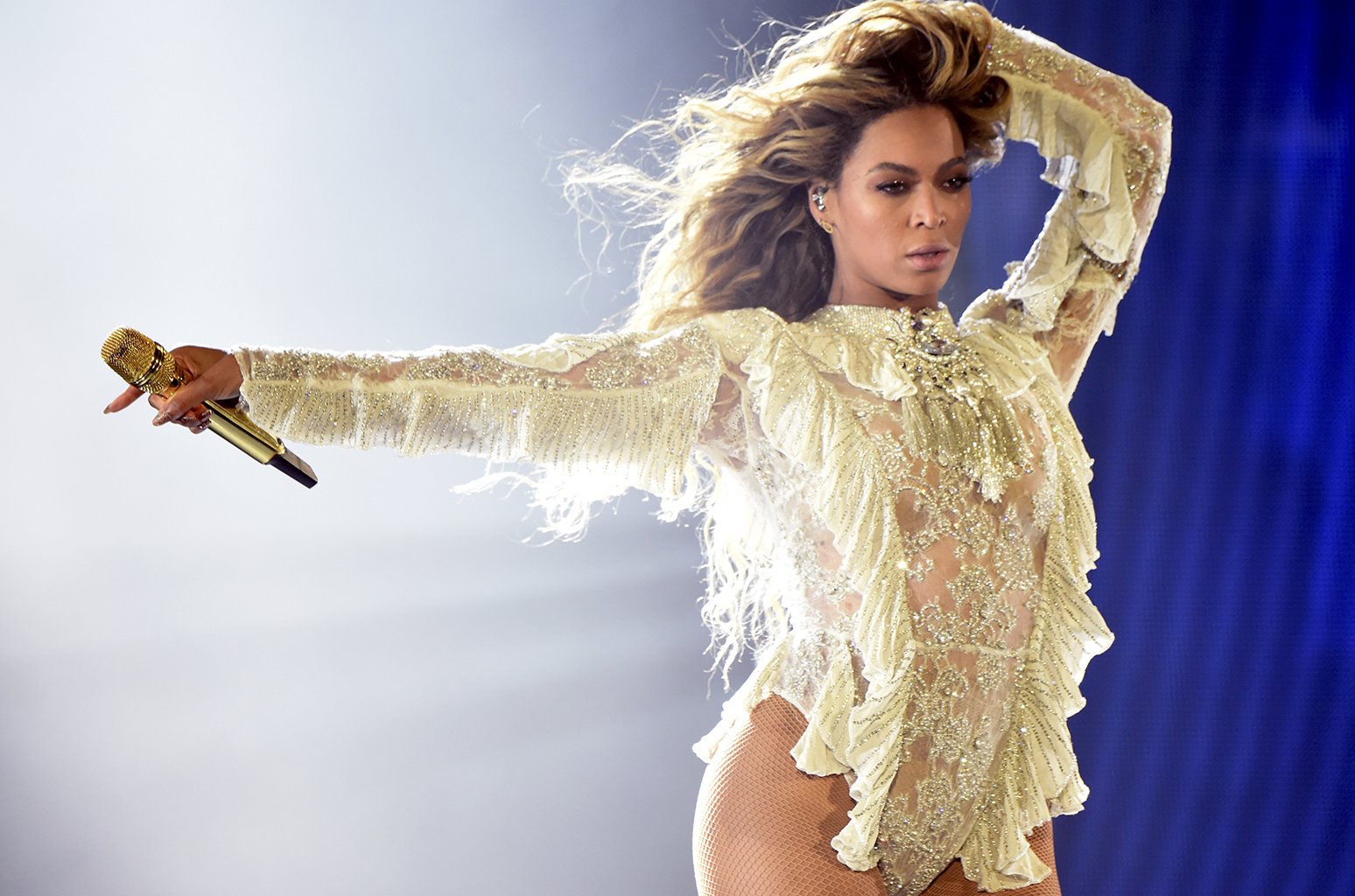 A new course at the Department of Arts and Cultural Studies has sparked a debate. The University Post was there for the first class of ‘Beyoncé, gender and race’

The time is 2:42 pm and the first students are already waiting in front of room 15A.2.13. It has been raining all day, and so even though half of the attendants are soaked, it hasn’t dampened their enthusiasm as they flow into the classroom.

“We will wait just a few more minutes, the press has to be a part of this too,” laughs Erik Steinskog, glancing at two journalists who have set up near the door.

The last students sneak in, clutching books and coffee and finding one of the room’s last free chairs. Erik Steinskog straightens up and looks out over the more than 50 students in front of him. On this autumn day, the room is dominated by worn out Nike sneakers, forester shirts and woolly jumpers.

“It’s been a quite a crazy week,” says Erik Steinskog, sending a smile to his students.

His wild week started with a call from the University Post, inquiring about his upcoming course ‘Beyoncé, Gender and Race’. The story spread like a SoMe forest fire, and he has over the last few days been interviewed by media like Le Monde and Washington Post, and has seen himself being quoted in Swahili and Chinese. There have been many strong opinions about this course and the need for it, and he starts the course talking about this criticism.

“Some people think that this subject does not belong at university. They are not in here, and it’s not me, but they are out there, also among your fellow students,” says Erik Steinskog in a serious tone.

Not a ‘holy shit!’ story at this department

Two of the participants are Lærke and Johan, who both study musicology. They do not understand the opposition to the course content and cannot figure out why the media have spent so much energy on it.

It seems like the media do not understand that this, from an academic point of view, is a very normal musicology subject.

“The novelty is probably mostly in the title. It seems like the media do not understand that this, from an academic point of view, is a very normal musicology subject. What really makes the course interesting is that it is not oriented towards a specific work – which I think is cool. It takes on a more sociological or anthropological approach to the material,” says Johan. Lærke nods, and adds promptly:

“In musicology, we are neither surprised nor taken aback by this course – gender and race, which are the actual focus, play a major and almost inevitable role in the study of popular music.”

According to Johan, the course is relevant and topical. Popular culture artists contribute to the shaping of society’s views on both gender and race – whatever the beliefs of the political or intellectual elites. At Musicology in Copenhagen, pop music has been the object of study for more than 40 years.

With a familiar whirring sound, the projector turns on and the iconic image of the iconic singer slowly appears. Beyoncé stands tall, slender on a scene in front of a bluish background with the inscription “FEMINIST”. The picture is from her VMA performance in 2014.

“This is where we begin,” says Erik Steinskog.

A white instructor teaching a subject like this would be controversial in the United States. But here he stands; someone who – in his own words – is a pale-faced, slightly boring, northern European man who can only study African-American blackness from the outside. But that may be part of the point. In this way, he shares his starting point with most of his students.

“These are experiences that most of us do not understand. None of us know exactly what it means to be black in the United States. This colours the texts we read. When Beyoncé says she is a feminist, that means something to her fans – even the youngsters,” explains Erik Steinskog and gesticulates, something he does about every 30 seconds.

A performance is dissected

The image of Beyoncé is replaced by a video from her performance at the Grammy awards in 2016. The whole room sits up in their chairs and gets ready to see Queen B in action.

Beyoncé marches onto the stage with a squad of uniformed men, She stands together with her all female band to the first tunes of ‘If I were a boy’. A few lines in, and Beyoncé puts one hand down and grabs her crotch.

Erik Steinskog stands aside, leaning against the door frame, tapping the rhythm on the floor with one of this feet. Several of the students also move their bodies in time with the music, while one of them – with impressive accuracy – mouths the words, word by word.

“What do we do with a performer like this?,” says Erik Steinskog, breaking the silence after the video.

He once did a presentation on the hand movement where Beyoncé grabs her crotch, he says, before going off on a tangent about Michael Jackson. All the aspects of this performance – the clothes, the hair, the movements, the text and the tone – all mean something. None of it is without context, and this is reflected in the artist, her attitudes and the society she moves in.

It is still a statement to have female musicians, says Erik Steinskog. This point evolves into an anecdote about when Prince was to have a new drummer, but the audience – which you could easily presume to call the students – do not seem to lose their focus. All eyes are aimed at Erik Steinskog, who again gesticulates.

“That’s the key element,” he says, continuing: “We want to study how to analyze popular culture and examine at the same time the lens through which we study it. We should not look at the cultural significance, but examine why it has the meaning it has – that’s what separates us from journalists,” Erik Steinskog says with a slight grin.

“’I do not see race. I’m colour blind’. This is a typical Scandinavian thing to say. It takes a position of surplus energy to say something like that and the reality is that people of colour are rarely in this position in society. When you walk through the inner city and you are afraid of being beaten up, you are damn well not colour blind when you get up on a Saturday morning and look yourself in the mirror,” he says, standing still for a moment.

Back out into the rain

Although the course is called ‘Beyoncé, gender and race’, the students will also discuss other topics. Erik Steinskog believes that class and race are interconnected, and the course will also touch on sexuality, regional identity, beauty and religion / spirituality. The promised   reminds you, in fact, of a lot of the discussions that you can find in many other locations at the university – both in the humanities and in the social sciences.

So if I get 30 assignments back about 'Lemonade', I will be happy!

“Even though everyone thinks that I’ve chosen Beyoncé as clickbait, it’s actually because, yes, it’s fun, but also because I think the students should all write about the same material. I have previously done the Popular Music course where the students’ assignments and discussions were all over the place, and I think the teaching is better if we all discuss the same thing,” explains Erik Steinskog. The first comment had triggered more laughter from the students.

“You will not get very many answers from me, just a hell of a lot of questions,” he says. Erik Steinskog has no intention of giving his students definitive answers. He believes that the most important thing that the instructors in the field of humanities can do is to make the world more complicated for the students.

All the semester’s lectures are themed and named after Beyoncé’s songs. You can go to one class called ‘Get me Bodied‘,’Bootylicious‘ or ‘To the left, to the left‘ course, which is the class about Beyoncé and Marxist theory.

Before the clock chimes 17.00 it is time to jump on the bike and drive home in the now dry weather, Erik Steinskog rounds off his introductory class in a standard intro-lecture way explaining to the students about the forms of examination and the syllabus.

“So if I get 30 assignments back about ‘Lemonade‘, I will be happy!” the students hear. 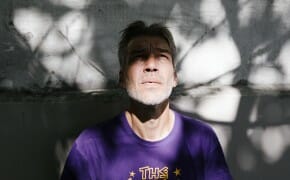 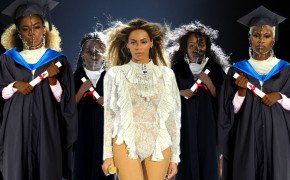