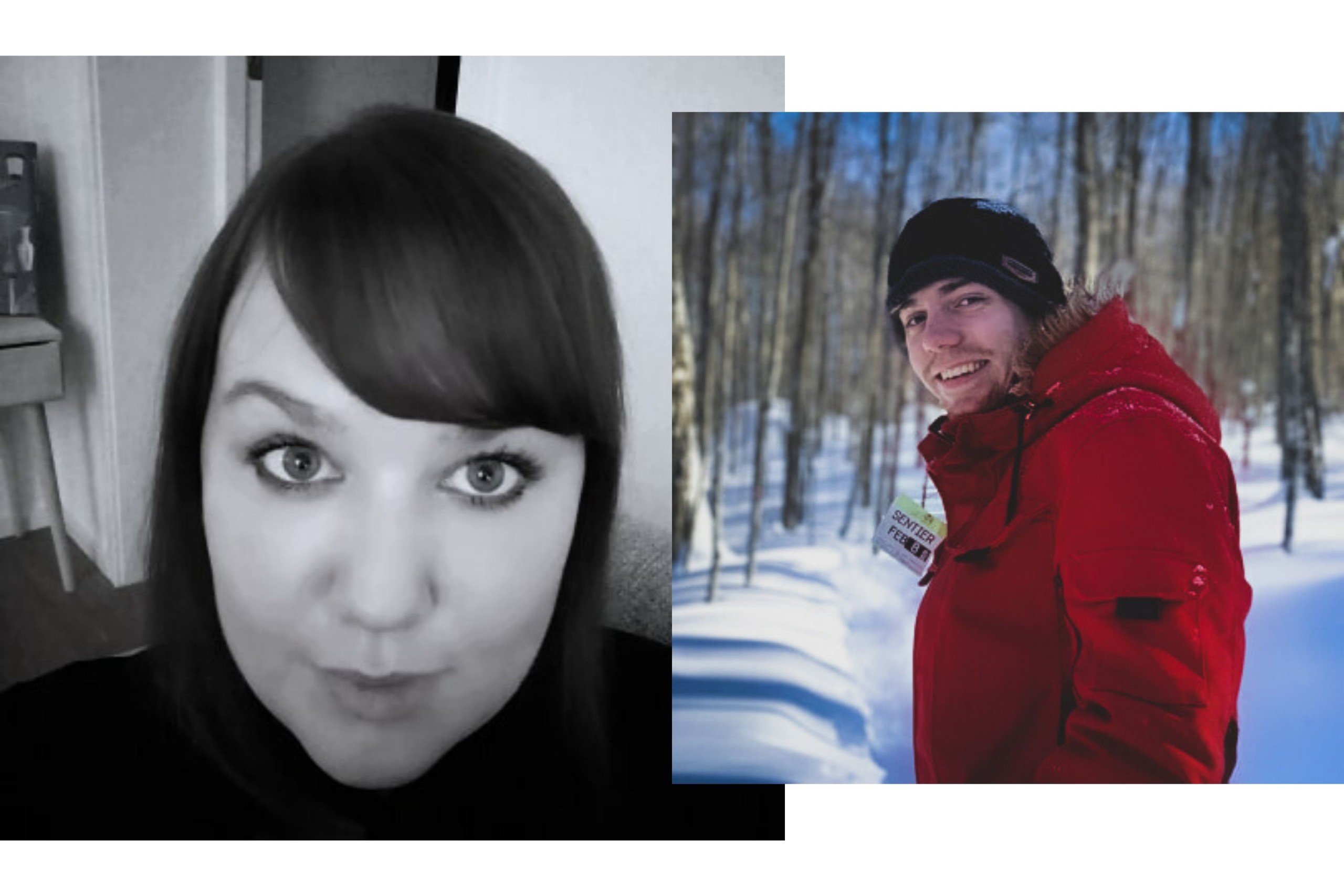 Kimmie Lee Petersen-Westergaard and Adrian Skov weighed up their alternatives. And they both chose to stay in Berlin and Québec respectively. But for different reasons. They do, however, both have their Copenhagen apartments rented out.
image: Privatfoto

Many Danish students have interrupted their study abroad and have returned to Denmark. Meet two who have opted to stay. Because they're still hoping for a good experience – and because they don't know what else they should do.

Kimmie Lee Petersen-Westergaard had barely left for her study abroad before she thought she was going to go home again.

She landed in Berlin on 1 March. Already two weeks later, on Saturday 14 March, the 31-year-old student of literature got an email from the University of Copenhagen asking her – and all other students who had not yet begun their spring semester in Germany – to drop out of their exchange programmes. The reason? The spread of the coronavirus.

If they didn’t do what the email, they would lose their scholarship, it stated.

READ ALSO: How to get something done at uni while stuck inside during the corona lockdown

For 24 hours, Kimmie Lee Petersen-Westergaard believed that her dream of living and studying in Berlin had vanished just as it was about to happen.

»I panicked and instantly wrote an email explaining that I had already left. I couldn’t stay in Denmark when I wasn’t there,« she says.

The next day she received an email that called off the panic: An employee from the University of Copenhagen’s Department for International Education and Grants explained to her that students who have already left are allowed to stay abroad:

»The Ministry of Foreign Affairs has informed the Danish universities that students like you who are already staying abroad decide for themselves whether to go home as soon as possible, or stay where they are. If you are comfortable with your situation, you should therefore continue your stay,« an employee wrote her in the email.

Since then, Kimmie Lee Petersen-Westergaard and her boyfriend who travelled with her to Berlin, have chosen to keep away from their suitcases:

We have, of course, considered the situation carefully, but we rented our apartment out in Denmark, so we would have no place to stay if we went back.

»We have, of course, considered the situation carefully, but we rented our apartment out in Denmark, so we would have no place to stay if we went back. The semester back home has also been going on for a long time, so I’d really get pushed behind,« she says.

»I really, really want my exchange to happen. No matter what shape or form. I feel it’s the right decision. Living in Berlin is a dream come true. So much so, that the study part of it has taken second place.«

»And I am completely comfortable with the German healthcare system. It would probably be something different if I was in Bhutan.«

She explains that her German university, Freie Universität Berlin, has moved the semester a week, so it does not start until 20 April. So far, the university has announced that teaching in classes with fewer than 50 students will be carried out as normal, while larger lectures will take place online.

And even though, at time of writing, drastic measures against the coronavirus are being put into place by governments, including in Denmark and Germany, Kimmie Lee Petersen-Westergaard is taking it all in her stride.

»I can’t imagine a university – neither the Freie Universität nor the University of Copenhagen – will end up not being able to complete a whole semester,« she says.

»I’ll figure it out«

On the other side of the Atlantic, student of rhetoric Adrian Skov is ‘lounging around’ –- that is his own phrase – in an apartment in Montreal where they used to be four, but now only two international students. Two have gone home because of the corona crisis.

He too has considered interrupting his sojourn abroad and going home to Copenhagen. And he still is considering it, he says.

»But I don’t think it makes sense to go back to Denmark as long as the corona crisis is worse there. I have also sublet my apartment until 1 June, so I would have to move in with my grandparents, and they are at risk.«

The University of Copenhagen is recommending students to go home and follow the courses in Denmark if they do not physically have to show up to any subjects. But Adrian Skov doesn’t have to do this anymore. All teaching and exams at Concordia University, where he is studying, is to be carried out online during this period.

The problem is that he would often be forced to take exams and follow teaching at odd times of the day if he was working in the wrong time zone.

He landed in Canada at the beginning of January, and until recently his plan was to travel on to the United States when his semester ends at the end of April. The coronavirus has messed up with that plan.

I think it’s too early to say my exchange has gone down the drain.

»My main concern is that planes stop flying so I end up stranded with no place to live,« he says.

If nothing else, he managed to experience local culture and to party with new friends for two-and-a-half months before the corona infection started to close down shops, cafés and educational institutions.

It happened overnight. Last Saturday, Adrian Skov was eating some traditional food from Québec. Sunday all the restaurants were closed down in the region.

»I’ve been lucky to achieve what I wanted to do. I managed to be on a wild adventure. It was supposed to continue. I should have gone further west and I should have experienced the United States,« he says.

»But I still think it’s too early to say that my exchange hopes have been frustrated. It may be that a month in isolation, where I can look out the window of a sun-drenched Québec, and yearn for the parties and open bars, might leave me homesick. But I don’t feel that way now. I’m still an optimist.«

This is the way Kimmie Lee Petersen-Westergaard feels in Berlin too:

»I hope it doesn’t all end in misery and tears. I still believe you can get something really exciting out of your stay in spite of this virus.«

Here are the University of Copenhagen recommendations for students who have already gone on exchange: