Professor got a bad grade for his teaching: »It's a cold system« 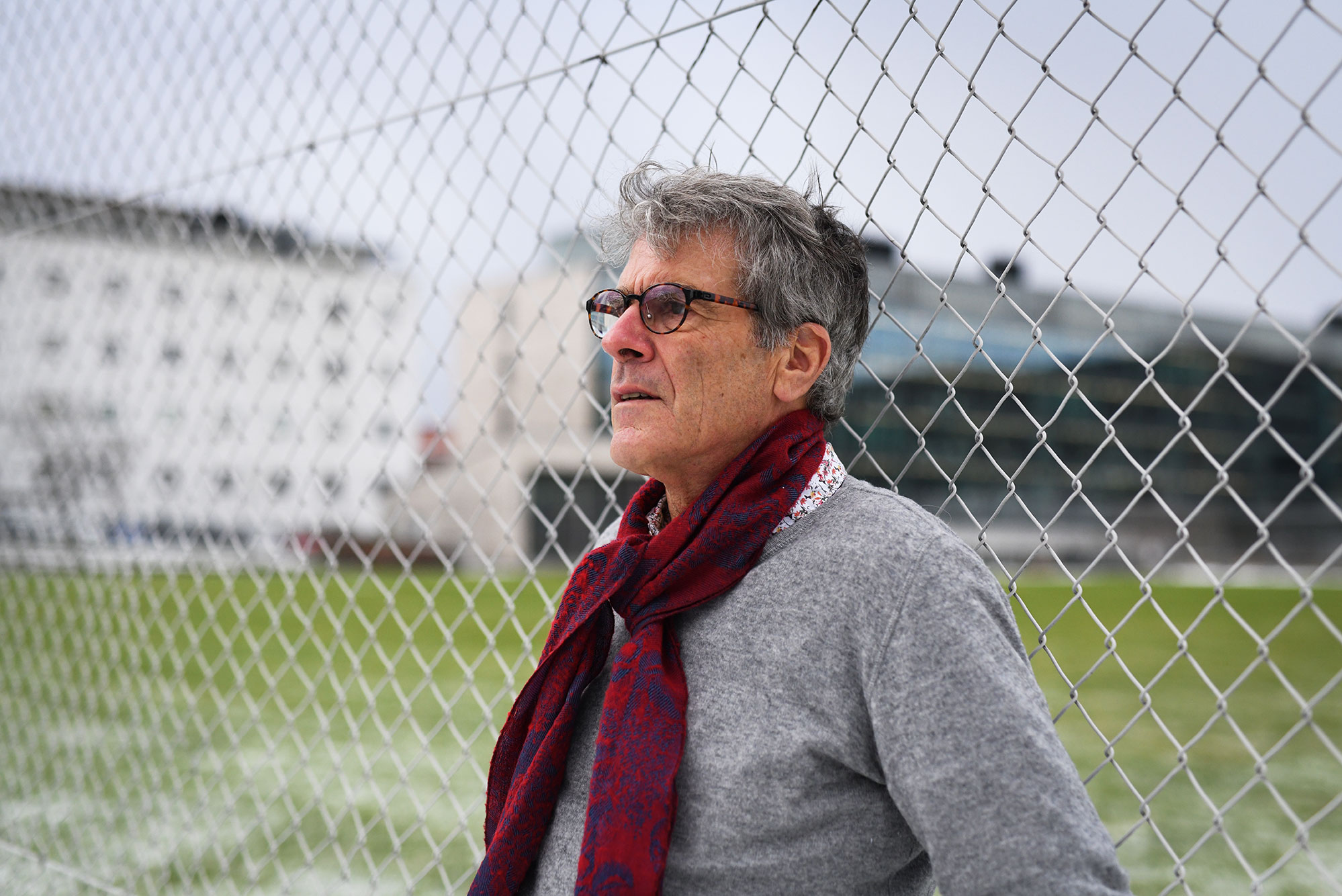 »You used to be something as a professor. Now you have been demoted to a tiny cog in the machine,« says sports professor Reinhard Stelter.
image: Rasmus Friis/Uniavisen

Written student evaluations of teaching at Danish universities are a useless ritual that wastes the students’ and the instructors’ time according to a sports professor. Two managers agree that the supervision has gotten out of hand.

A glaring ‘C’. Reinhard Stelter sat there, stunned in front of his screen when he opened the student evaluation of his teaching.

His eyes ran down the Excel spreadsheet where all the courses at the Department of Nutrition, Exercise and Sports (NEXS) had been given a grade from A to C, until he found ‘Coaching’, the course that he teaches himself. It was a tough verdict: He had been given the lowest ‘C’ grade.

Next to the letter were just two words: »No evaluations«.

Read also: »A useless ritual«? This is why instructors and students have to hand in evaluations

The problem was, it turned out, that Reinhard Stelter had forgotten to complete his part of the evaluation. This automatically triggered the bottom grade.

It was his own mistake, sure. But for Reinhard Stelter, the little ‘C’ confirmed something that he had reckoned for a long time: The system for evaluations of the teaching is absurd.

»The problem is that it has been reduced to this useless ritual. Even though I may have had good evaluations from the students, I get a ‘C’, just because I don’t respond,« he says.

He describes a system that is based on supervision rather than trust. And where the outcome from the evaluations in no way corresponds to the time and effort that students and teachers spend completing them — or that the administration spends processing them.

The only reason why staff at Danish universities sacrifice spend so much time, effort and money on the task is because they have to, according to Reinhard Stelter.

»You put this colossal administration to work processing these teaching evaluations, but where is the effect on the students’ learning? I cannot, personally, use them for much. I already carry out an in-person oral evaluation, and I am constantly in dialogue with the students on an ongoing basis.«

»No-one in the system really appreciates the evaluations. But our hands are completely tied. Because everyone just toes the line in accordance with the rules that come from the top.«

And the criticism is not completely off the mark.

This is according to Reinhard Stelter’s deputy head of department, Susanne Gjedsted Bügel, who is responsible for the teaching evaluations at NEXS. She has had several email correspondences and conversations with Reinhard Stelter after he was given the low grade. And during the course of these conversations she managed to persuade him to not go through with his threatened boycott of the evaluations.

No-one in the system really appreciates the evaluations.

»I can also sometimes think: This is a real nuisance, loading all of this on to us all,« she says.

It takes a lot of work to process the evaluations. Too much, according to Susanne Gjedsted Bügel. She offers an example: The bachelor students who started at the department last summer have done seven evaluations in five months, and it all ends up at the administration.

Maybe that’s why the response rate is often low. In the latest evaluation from December, one of the courses at NEXS only got one response, while only one in three students on the other courses evaluated them.

»I can understand that the students get tired of it, because it takes time to consider what you have learned, what you can use the subject for, and how it can be improved,« says Susanne Gjedsted Bügel.

»I would like to turn down the volume a bit, because I feel an evaluation fatigue in the system.«

She suggests that the administration should refrain from evaluating courses that have just been given an ‘A’ grade the year before, and concentrate on the courses with the lowest ‘C’ grade.

But the evaluations do have some value, according to her. At least at her department.

When a course is given a ‘C’, then management always makes an effort to improve the course, she says. This happened as recently as the latest evaluation at the turn of the year, when an instructor was summoned to an interview. The instructor has now been assigned mentors to develop the course.

We should not, therefore, abolish the written teaching evaluations, she says. But she would like to get rid of a part of the supervision that Reinhard Stelter criticises.

»I would like to change the evaluation system. But I can’t tell you how it should be done. We need help from those who do research on the subject. I’m just a slave of it myself.«

Would seem lame to abolish it

The same message can be heard higher up in the system.

Rie Snekkerup, Deputy Director for Education & Students at the University of Copenhagen, agrees that the system has become too large and complex.

»The balance has tipped towards having too much supervision. It is possible that we should be measuring and assessing things a bit less than we do today.«

But it’s one thing to take note of the fact that there is too much supervision. Another to cut down on it.

I feel an evaluation fatigue in the system

The university cannot just abolish the evaluations, according to Rie Snekkerup. The knowledge that comes from them is useful for faculties and boards of studies, when they have to ensure that students get the highest quality teaching.

If the University of Copenhagen dropped the written evaluations it would get into trouble. The university gets its accreditation from the Danish Accreditation Institution, which requires that the quality of the teaching is systematically measured and assessed.

»If we were to replace the way we do teaching evaluations today, we would need alternatives. We can’t just abolish it. Then the accreditation people would immediately ask us why we did it. And it would seem lame to just say that the system did not provide the knowledge we needed, without us having thought about other solutions.«

Rie Snekkerup hopes that the University of Copenhagen will be able to »simplify the system« when the university has to be accredited again in 2024. She cannot yet say how, however.

Demoted to a tiny cog in the machine

If you ask Reinhard Stelter, the university should trust the instructors themselves to evaluate their own teaching.

As a head of section for thirteen years he knows, however, that it is a difficult situation for his department management team.

They are expected to be loyal to the system, he says. In fact, it was the increase in top-down management that was the reason why he himself gave up his role as head of section at the end of 2015. He had had enough of pushing through decisions that he disagreed with.

When he speaks out now, while many of his colleagues stay quiet due to what he calls a »fear of reprisals«, it is because he can: »Well, I’m a senior, so I have nothing to lose,« he says.

He leans back in his office chair and laughs.

»You used to be something when you were a professor,« he continues.

»Now you have been demoted to a tiny cog in the machine. As a whole, the university in Denmark has completely eradicated all democracy and co-determination.«

This is the larger story about the teaching evaluations, according to him. At the universities, you just do what people tell you to from above – whether it is the ministry or the management – even if it is a waste of time.

But management needs to be able to see how students view the quality of the teaching, so that instructors can’t  just ignore the criticism and suggestions?

»This is the fundamental question that arises in the entire public sector: How much should the system be based on trust and how much by supervision? I have to say that one of the most central virtues in the interplay between a manager and an employee is mutual trust,« says Reinhard Stelter.

»I’m dreaming of this kind of system. Not the cold system that we have right now.« »A useless ritual«? This is why instructors and students have to hand in evaluations 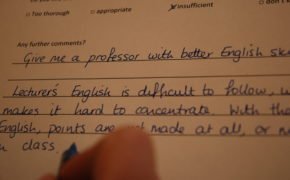 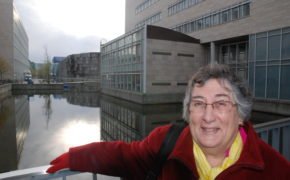 Down and out in Wannabe University 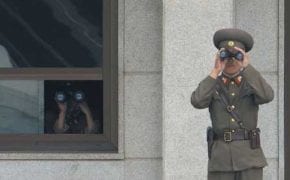