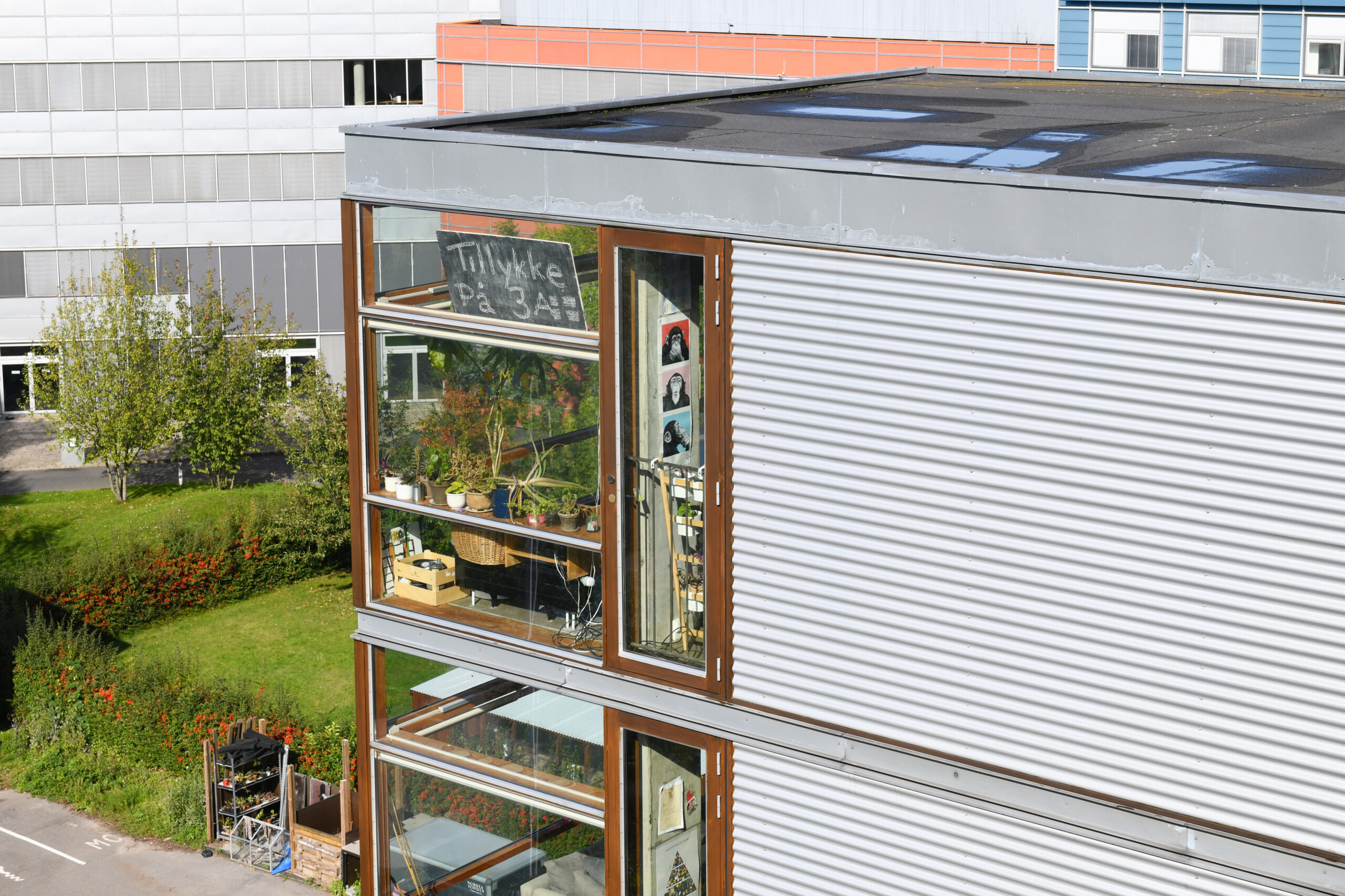 You can see through the two towers of the Industrikollegiet.
image: Anna Trads Viemose

Dorms Disclosed — The Industrikollegiet in the Copenhagen district of Nørrebro is home to 95 students. They share kitchens and gardens, and have built their own chicken coop, which also functions as a bar.

The Industrikollegiet in the Nørrebro district is not very old, and this might be the reason it is somewhat unknown. Either that, or the place is just a well-kept secret. Maybe because it happens only rarely that someone moves out before they are forced to do so, according to the chairman of the residents’ council Christian Persson:

Application process: Combined waiting list on s.dk and a motivated letter of application.

It is, according to Christian Persson, a unique community of 95 residents, partly as a result of the building itself. The residence hall consists of two glass towers where the different kitchens, by way of open staircases, are interconnected across the floors.

»Even though you don’t share a common kitchen, you end up sharing a kitchen,« Christian Persson’s residence hall-mate Emilie Zeuthen says. »You really get to know each other.«

The major focal point for both human and non-human residents is the garden. A brood of hens have just moved into a home-made coop (which also serves as a bar). This is an example of the volunteer spirit behind the self-governing residence hall.

»There have been lots of enthusiasts involved in this project,« says Emilie Zeuthen. »They have worked 24/7 throughout the spring of 2021. In the evening, they’ve been out there with flashlights laying on the roof.«

»Yes, and we are all full-time students, not professional carpenters,« adds Christian Persson, who helped with the hen coop himself.

»But it’s all about delegating the work and getting started!« 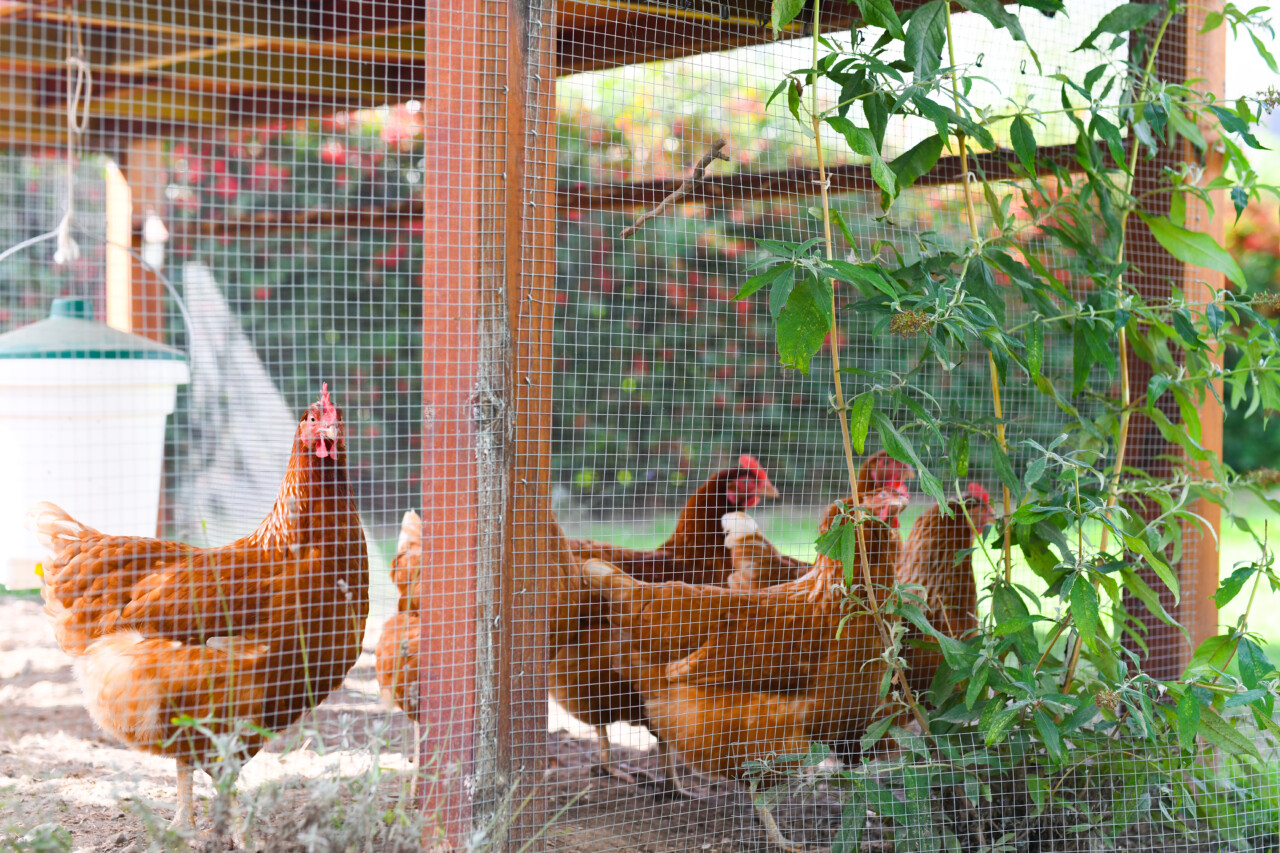 Apart from the 95 students, a brood of hens live at the dormitory.
image: Anna Trads Viemose 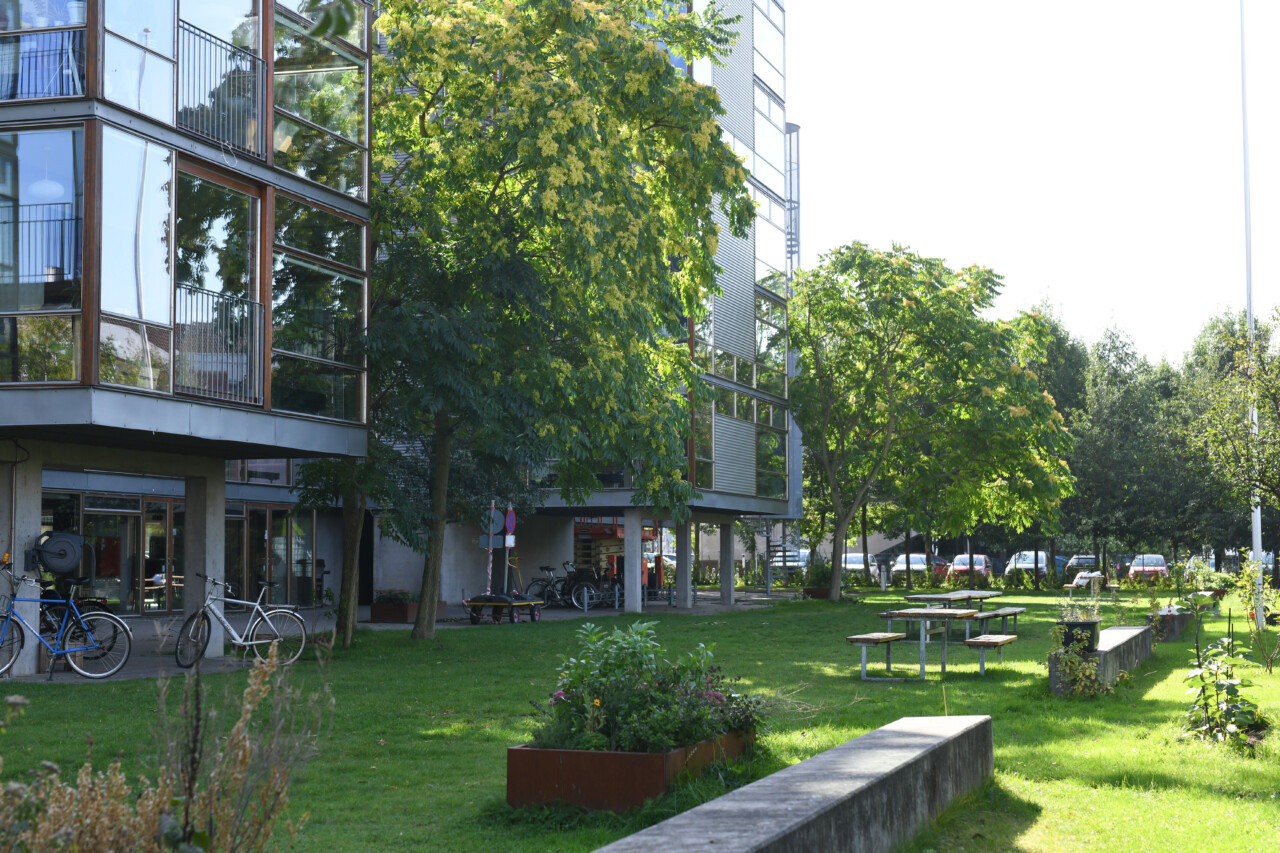 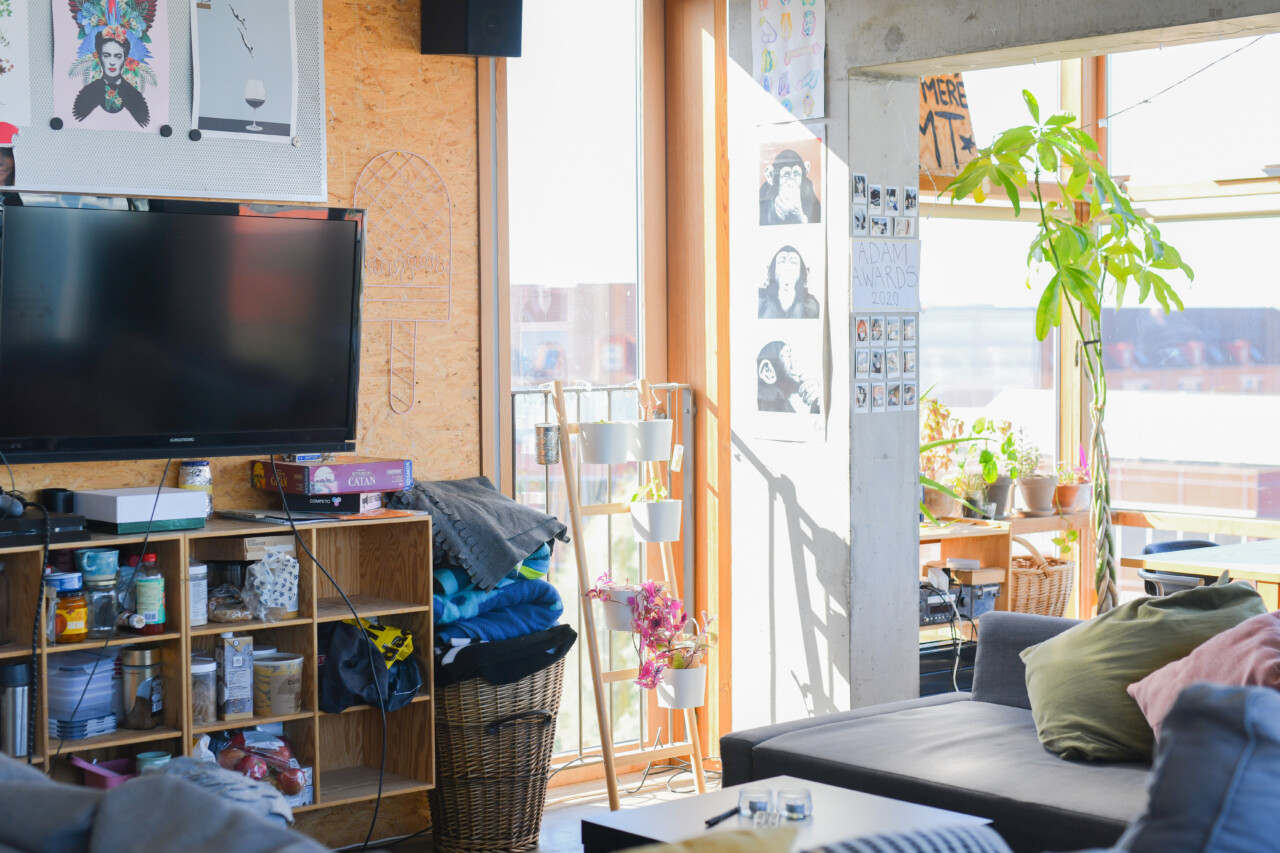 The residents share kitchens and living rooms with each other.
image: Anna Trads Viemose

The garden is also the venue for an annual celebration called ‘Festikol’ which, apart from music and beer has also been used for acro yoga and face painting. There are many parties at the Industrikollegiet, according to Emilie Zeuthen, but so much more also. There are flag committees, bike committees and, not least, a garden committee that maintains the herbs and strawberries.

There is a nomination committee that evaluates applications. You do not technically need to write an application to get in. But if you don’t, you risk spending a couple of years on the waiting list. So it’s better to chuck in a motivated application, where you make clear that you want to be a part of the community, according to Emilie Zeuthen:

»We just want to know that you want to contribute to making the Industrikollegiet an even cooler place to live.« 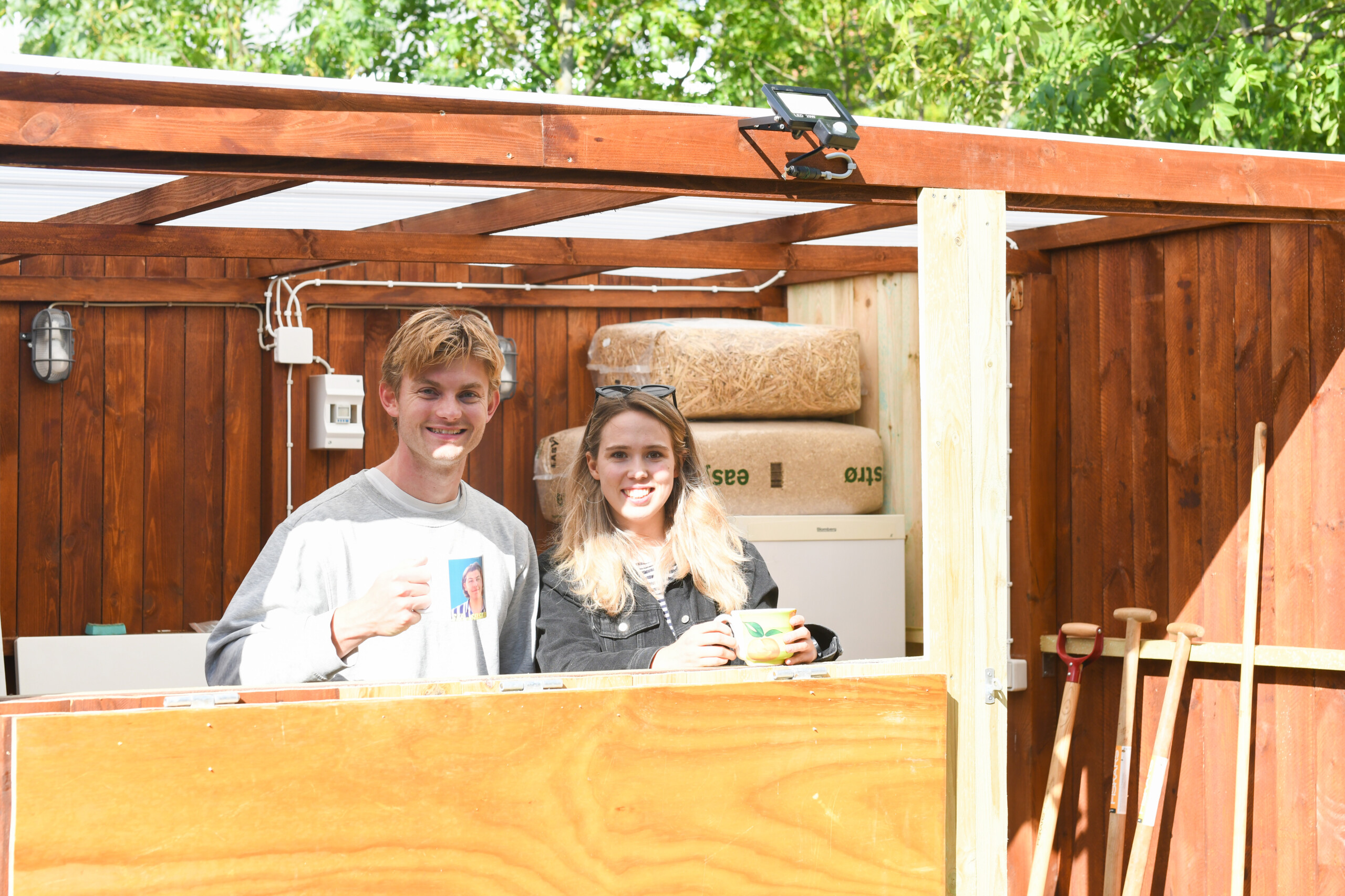