Stress: One in five students has sought professional help 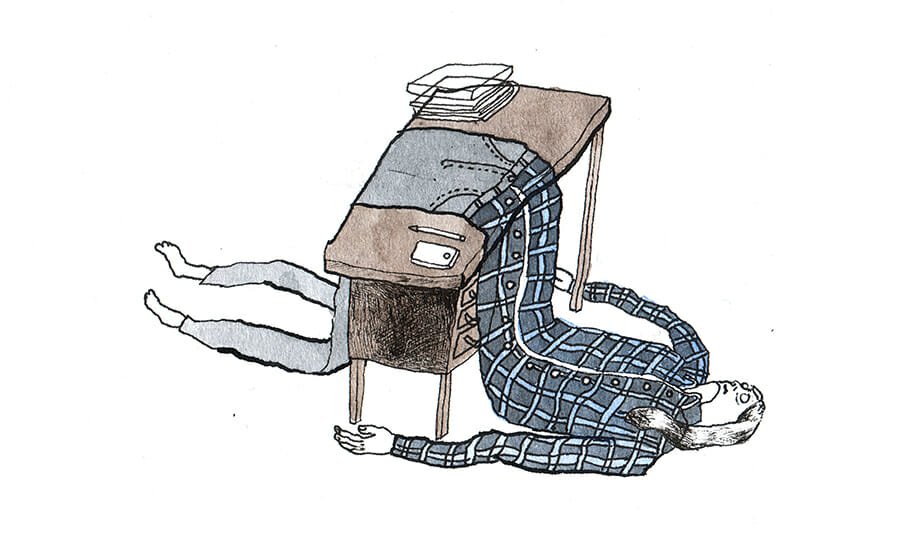 Well-being — The students at the University of Copenhagen are (still) hurting. So much so, that nine out of ten have been stressed over the last semester, and one in five has sought professional help. This is according to a new study from the Danish Association of Masters and PhDs (DM).

The psychological study environment at the University of Copenhagen (UCPH) is so stressful that it is affecting student well-being. This is according to a new study from the Danish Association of Masters and PhDs (DM) which shows that 72 per cent – more than two-thirds of students – have sleeping problems, while 71 per cent struggle with stress symptoms like memory and concentration difficulties.

This is an increase over 2016, when the same number was 50 per cent when it came to sleep disturbances, and 52 per cent of memory loss. We wrote about in this article (in Danish).

Almost 600 UCPH students were asked about their well-being and mental health in the survey from the Danish Association of Masters and PhDs at the start of studies. And it is depressing reading. The survey shows that nine out of ten students at the University have been stressed during the last semester.

Stress symptoms such as memory loss and sleep disturbances affect learning ability and the quality of the programme.

Every fifth student is affected to the degree that they have sought professional help. Chairman of the students in the Danish Association of Masters and PhDs Ronja Ravnskov, who herself is a student of political science at UCPH, is familiar with the problem.

“Unfortunately, it is something that I see in all my fellow students. Not all the time of course. But I don’t know anybody who has not been stressed in the course of their studies. And the scary thing is, that stress symptoms such as memory loss and sleep disturbances also affect learning ability, and thereby the quality of the programme. ”

According to Ronja Rose Ravnskov the stress level among students is both the result of the consequences of the Study Progress Reform and the financial cutbacks which have resulted from the Danish government’s so-called reallocation contribution which slated universities for 2 per cent year-on-year cuts.

“I think it is due to the cuts to study programmes from the reallocation contribution. Several departments at UCPH has been forced to cut back on social events and intro weeks. And research shows that people who do not consider themselves a part of the programme socially, have a higher risk of feeling stressed and maybe dropping out completely.”

Her assessment is backed up by Student Council chairman Amanda Büchert.

“It’s crazy that 56 per cent are so stressed that they have sought professional help. That this is actually a reality for students. But it shows that the government is continuing to put pressure on students. And because of the reallocation contribution, study trips and group instruction on many study programmes have been cut down a lot.”

Unfortunately, it is not the first time, and it is probably not the last time, that the University Post has written about UCPH student stress levels. Last week we wrote about what can be described as Generation Stress.

If these figures were from a large Danish company, there would be an immediate reaction, because it affects the bottom line and productivity.

Amanda Büchert from the Student Council believes that in many ways the politicians have been successful in getting young people to rush through their studies. But this comes at a high price.

“We can see that the grade race is brought in from secondary school. And you can see that students take this stress with them into their working lives. If these figures were from a large Danish company, there would be an immediate reaction, because it affects the bottom line and productivity. But because it’s students, it is not really taken seriously.”

If things are to change, according to Amanda Büchert, the government will have to abolish the Study Progress Reform and rethink education policy.

“The ball is now in the court of the politicians. It’s all about abolishing the Study Progress Reform and giving education a higher priority. With a general election coming up, you can only hope that there will be focus on the education area.”

A system with room for failure

Ronja Rose Ravnskov from DM Students believe that part of the problem is that most politicians look at student life as a temporary phase, where students should expect some pressure.

I believe that we need a more robust education system, where there is room for failure or a six-month leave.

“Higher education minister Tommy Ahlers says that students should be more robust. I believe that we need a more robust education system, where there is room for failure or a six-month leave. We have created a culture where stress is the individual’s own responsibility. But if the culture is not changed, future graduates will take this with them into their working career. Politicians need to take this seriously and set up an educational system, where there is breathing space.”

What are you doing to improve conditions for students?

“We work with it politically – in the form of analyses and data, that document trends. Last year, we organised a well-being conference at the parliament in Christiansborg, where we focussed on stressed students. And we also support the social initiatives on the study programmes – like the Tutor Prize, that celebrates the best tutors,” says Ronja Rose Ravnskov.