The academic precariat strikes back 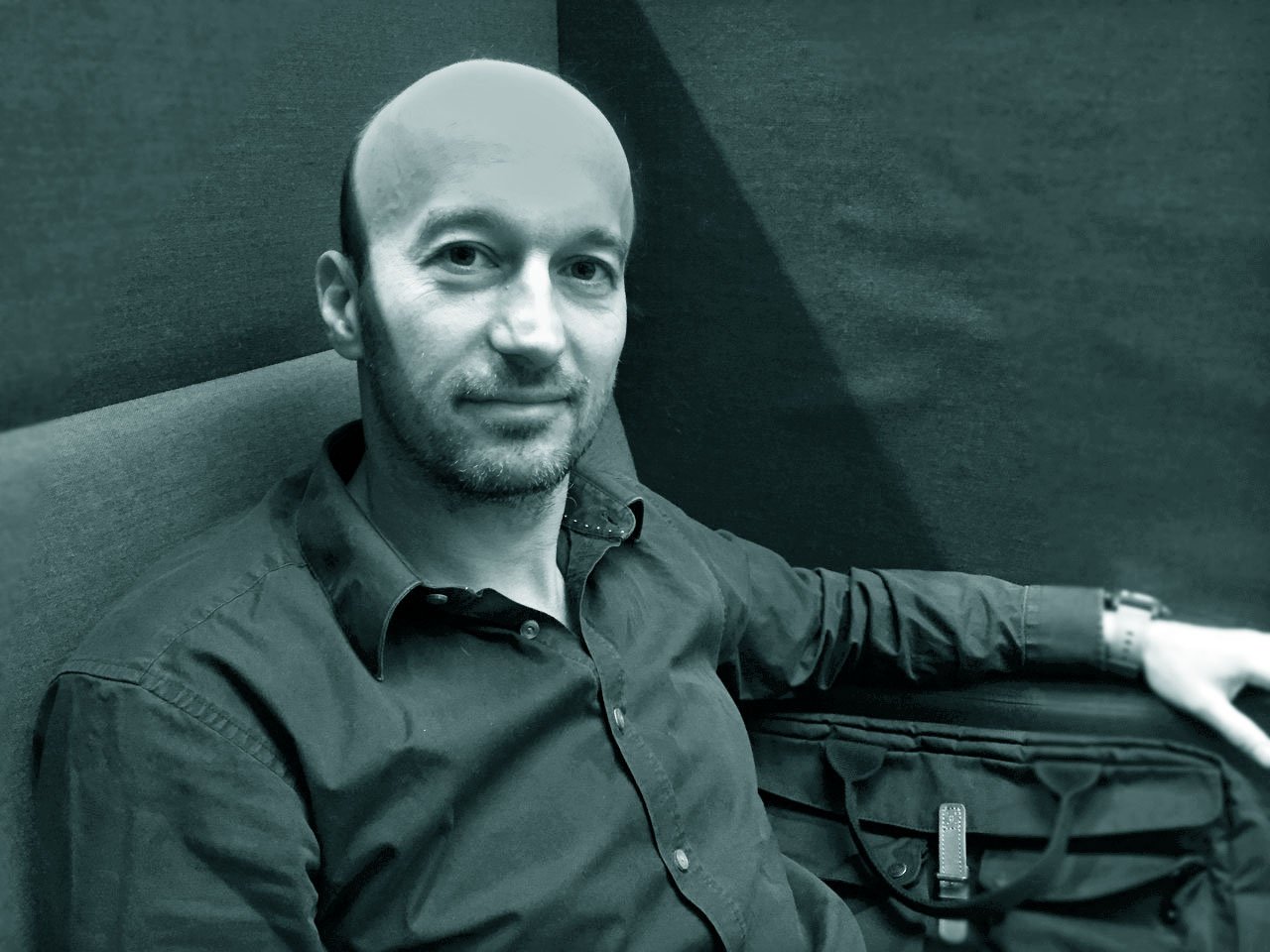 Rights — More and more academics have to make do with short-term jobs. So many, that the temporarily hired are the largest group of researchers at the University of Copenhagen. Now they are organizing themselves, and demanding better working conditions. They say it will benefit research.

A revolt is brewing within the University of Copenhagen (UCPH). A new association wants to fight for the temporarily employed academics’ rights at the country’s largest university.

The members of the association have a status using the acronym ‘T-VIPs’ – temporary scientific staff –  with the ‘T’ standing for temporary.

Postdocs should really be permanently hired, because they are research-qualified, but because of economic booms and busts and the shifts in university policy, there is no room for them, so they get temporary positions.

The members are primarily postdocs, but the association is also open to academic assistants, PhD students and external lecturers – all people with research skills and ambition, and who all have the problem that they lack a permanent position and the rights that go with it.

As 35 postdocs formulated it in to the humanities dean and other management in January 2017 when the association was still on the drawing board:

»Despite the size and significance of the postdoc group for the faculty, without which the faculty would not be able to function properly, we have little or no opportunities for career advancement at the faculty and we also face limited opportunities outside the university.«

According to the signatories of the letter, the introduction of a postdoc university »has effectively outsourced academic work to precariously employed researchers, instead of channeling the resources into permanent positions at the university.«

The spirit of the times is with Dan Hirslund and his colleagues. Within a few years, the ‘precariat’ has become a household word – as a term describing the temporarily hired social class, who often have no employer-paid pension, no sick leave, no backing from a trade union or from the slightly diffuse status that in many industries relates to being part of the team rather than just labour power on the verge of moving on.

130,000 have, at time of writing, shared an article on the British news site The Guardian about the conditions for non-permanently hired academics in the United States. They have a tough life, concludes the article. Hard work, lack of basic employees’ rights, and economic conditions which mean they have to take more than one job to pay the bills. One of The Guardian’s sources says she is supplementing her income as a teacher at uni with a job as a sex worker.

We bring in more money than we cost. Several departments at the Faculty of Humanities finance their permanently hired employees with the overhead from research grants to postdocs

The term precariat has been popularized by the British economist Guy Standing, who foresees that the temporarily employed will one day twist the arm of the ruling classes and demand a charter – a set of progressive rights, and a redistribution of society’s resources.

Guy Standing expresses some optimism about this in an essay from 2014 (in Danish):

»In every age, progressive forces have reinvented the future. They are also doing it now. Lighten up.«

The temporarily employed’s great advantage; there are going to be more and more of them. Also in academia.

While there were in 2009 about 900 PhD students, postdocs and assistant professors at the University of Copenhagen, this group had in 2013 grown to 3,000 people. UCPH also expanded the number of permanently hired associate professors and professors in the same period, but only with 500 people.

This meant that the group of PhD students and postdoctoral students over a period of just five years became the largest group of research staff at  .

However, in a reply by e-mail, UCPH states that since 2014, fewer PhDs and more associate professors have been hired, some of which are in temporary positions.

The University follows the general socio-economic trend of recent decades, where private sector companies have cut down on their fixed costs and have made more money by outsourcing tasks and hiring staff via  temp agencies and temporary positions.

»I see this as a redistribution from the workers and to – typically – the shareholders,« says Dan Hirslund, who calls it a result of the ‘neoliberal revolution’ which he defines as the marketization of the state and a redistribution of society’s resources from state to private players, with increasing inequality moving resources from the bottom to the top of society, and undermining traditional employee rights.

»This has put unions under enormous pressure, and our intention has therefore been to alert the unions to the fact that their own policy has weakened them. A new social contract is required that addresses the problems of the precariat workers,« says Dan Hirslund.

In Denmark, the temporarily employed academics’ problem is not the salary – postdocs get about the same as the permanent employees – it is mostly the uncertainty, the stress and the hidden labour, says Dan Hirslund.

»Postdocs in particular are an intermediate category that should really be permanently hired, because they are research-qualified, but because of economic booms and busts and the shifts in university policy, there is no room for them, so they get temporary positions.«

According to Dan Hirslund, temporary postdocs carry out hidden labour in addition to the research they are paid for – just to keep their foot in the door.

»For the postdocs this is extremely stressful. They have to run fast and work to behave as permanent employees. As a postdoc, it is often hinted that the best way for you to secure a job is by behaving as if you were already employed by taking on administrative tasks, starting new research groups, and working for management.«

The short terms of their employment mean that researchers run from project to project without time to create deep networks or engage in long-term research problems, says Dan Hirslund.

»This leads to insufficient immersion and weak collaborative structures that make it difficult to create strategic initiatives at the university,« he says.

»It can easily take a year to get a job in place. So if you have a two-year postdoc, you will quickly need to spend a great deal of your time searching for the next job, and the two-year postdoc postitions are the good ones.«

It is not least the public and private research foundations that decide what universities should focus on, strategically, when allocating research funding – for example to postdoctoral staff.

Many are employed because they themselves have applied for, and obtained a research grant, after which the university sets up a position and takes a portion of the money as This money is to cover office, administration, coffee, copy paper, etc.

»We bring in more money than we cost. Several departments at the Faculty of Humanities finance their permanent employees with the overhead from research funding from postdoctoral staff,« says Dan Hirslund.

His own career consists of a series of short appointments.

»My first postdoc was for two months,« says Dan Hirslund.

»The only categories I have not fallen into yet are scientific assistant and associate professor, both of which are used for temporary recruitment.«

This is what the T-VIP club wants

Recognition. If management acknowledges that there is a problem, then they can talk about how things can improve.

Integration of T-VIPs in the different committees and boards of the University of Copenhagen.

Career advice for T-VIPs – including plans on how to make best use of the available years, and to ensure that the temporary employees get the right courses for skills development and continuity.

Longer postdoc appointments, for example, by using the overhead that postdocs bring with them to the university with their grant. UCPH could also undertake to extend two-year postdoc grants with one year’s employment, including teaching obligations.

The problem for Dan Hirslund and the other postdocs is that UCPH only offers a few of these assistant professorships, and instead hires people in the formally higher-level category as associate professor, but only temporarily.

UCPH has, in practice and in addition to the tenure track system, built up a parallel system of temporary recruitment.

When a large, and growing, group of university employees are organizing themselves independently as a chapter under the Danish Confederation of Professional Associations (AC) this means a loss of domain for the staff reps who already represent employees’ interests relative to management.

»We set up the AC chapter knowing that this would be a tricky issue, as there is already a union structure at the universities,« says Dan Hirslund.

The Danish Association of Master’s and PhD’s DM in particular organizes researchers at the Faculty of Humanities, and according to Dan Hirslund, DM’s staff reps have had difficulty relating to a group of employees who by definition are on the move, and which have surpassed the permanent employees in numbers.

In addition, temporary employees (called , where the D stands in Danish stands for part-time) used to often be (but certainly not always) in a different situation than the researchers Dan Hirslund represents.

»It is new that the temporarily employed are typically those with research skills, while the former external lecturers were often people with another job outside university. They were not primarily researchers who wanted a university career and whose primary challenge is that they are not permanent employees and that they do invisible work,« says Dan Hirslund.

»But we see ourselves as strengthening the existing trade union work.”

He says that the T-VIP club expects to be recognized in the Association of Master’s and PhDs.