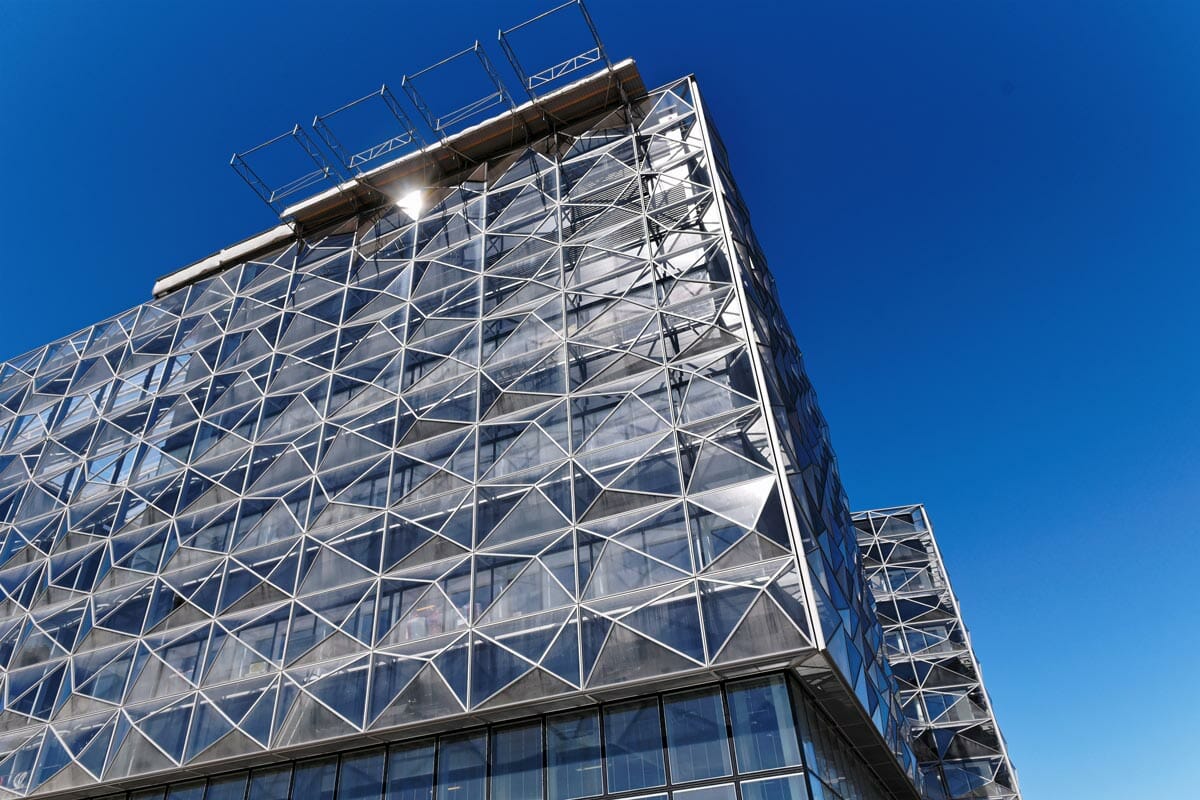 Construction — Spanish company Inabensa writes in a press release that the Danish government agency has launched a media smear campaign against the company to cover up the agency's own errors in connection with the scandal-hit Niels Bohr building at the University of Copenhagen.

It is no secret that the Danish Building and Property Agency and the Spanish construction company Inabensa are at loggerheads over who is responsible for the defects in the scandal-hit Niels Bohr building at the University of Copenhagen. This is after it now seems to be DKK 1.3 billion more expensive – almost twice what was originally planned – and delayed by two and a half years.

What is new is that the disputing parties are now openly fighting it out in the media about who is to pay the largest part of the huge extra bill.

Each has set off arbitration proceedings against each other – the Danish Building and Property Agency against Inabensa, claiming DKK 625 million for defects in the ventilation and plumbing and costs for completing the building.

And Inabensa, against the property agency for DKK 80.1 million as compensation for its, so they claim, unlawful termination of its contract on 10th February 2017.

It is an article in the University Post, where the current project manager for the construction work, Jørn-Orla Bornhardt, gives a guided tour and takes stock of the building, which has provoked Inabensa’s parent company Abengoa. The project manager said in this article that:

If the property agency really wanted it, the project could have already been completed, with the required quality. And at a much lower price than what now, unfortunately, Danish citizens will end up paying.

“It was terrible to have to come out to a place that was not working. The largest ongoing contractor [i.e. Inabensa] did not have any employees on site,” and:

“Inabensa has to pay for us having to tear everything down that they have set up. And then for us having to rebuild it to the point they had reached. And then the price of the finished building, minus what they should have had. In addition, Inabensa must pay all the derived costs from delays with, say, other contractors”.

In the press release from Inabensa, it states that the arbitration proceedings are subject to a confidentiality clause. But the Danish Building and Property agency has nevertheless decided to use the media in an aggressive manner and have repeatedly tried to place all the blame on Inabensa, in what the company calls a ‘smear campaign’.

Inabensa therefore sees no other option but to respond in the press that the company rejects the claim that it is responsible for the current status of the project. And this goes for allegations about delays, lack of quality in the work, and insufficient manpower on site.

The Building and Property Agency is using this strategy only to hide their own weaknesses. If the property agency really wanted it, the project could have already been completed with the required quality. And at a much lower price than what now, unfortunately, Danish citizens will end up paying,” it states in the press release.

The University Post has called press department, and it states that it does not have any further comment in addition to what is stated in the press release.

According to Inabensa, one of the main reasons why it has been impossible to carry out the work has been the “lack of a well-defined and complete project delivered by the Danish Building and Property Agency, as well as an inadequate level of detail in the project. This is something that is crucial for a project of this complexity.”

The Building and Property Agency apparently lacked the ability to find solutions and acted negligently. This led to the current tragic situation.

One of the most important installations in the building (sewage), for example, was replaced and redesigned in its entirety after the project was started, writes Inabensa.

Also, ongoing revisions of planning gave rise to disturbances and interruptions among the other contractors.

“This has also been documented in the external and independent audit report prepared by the recognised auditing company Ernst & Young on 30th October 2017. This report describes changes in the organisation and in consultant staff at the Danish Building and Property Agency, and many changes in the construction work requested (up to about 30 per cent of Inabensa’s original contract,” it states in the press release.

Inabensa also writes that there was a fundamental lack of interest on the part of the Danish Building and Property Agency in safeguarding the work that was already carried out.

It names as an example a water leakage on certain floors of the building and concrete residues from the upper floors which damaged Inabensa’s work, despite clear warnings from the company’s staff.

“Inabensa regularly informed the agency about these conditions during the construction, and Inabensa repeatedly tried to find common solutions with the Building and Property Agency. But the agency apparently, and unfortunately, lacked the ability to find solutions and showed a negligence which led to the current tragic situation. A situation which the Danish Building and Property Agency is now trying to justify towards the public by attacking Inabensa,” it states in the press release.

On 1st November 2017, the Danish Minister for Transport, Building and Housing Ole Birk Olesen (LA) deprived the Danish Building and Property Agency of its task of managing the Niels Bohr Building and other government construction projects, and the agency’s director was also dismissed.

The Danish Building and Property agency has no comments to the criticism by Inabensa, but refer to the Danish Road Directorate, which is responsible for getting the construction work finished.

“In the article in the University Post, the project manager offers a representation of the construction site as it was when he took over the project in 2017. And he factually describes the problems he had to solve in order to create the necessary progress in the building. The Danish Road Directorate stands by this.

We also see that the construction today is moving in a positive direction, and we look forward to delivering a finished building to the users next year. Apart from this, we do not wish to comment on the press release from Inabensa.”