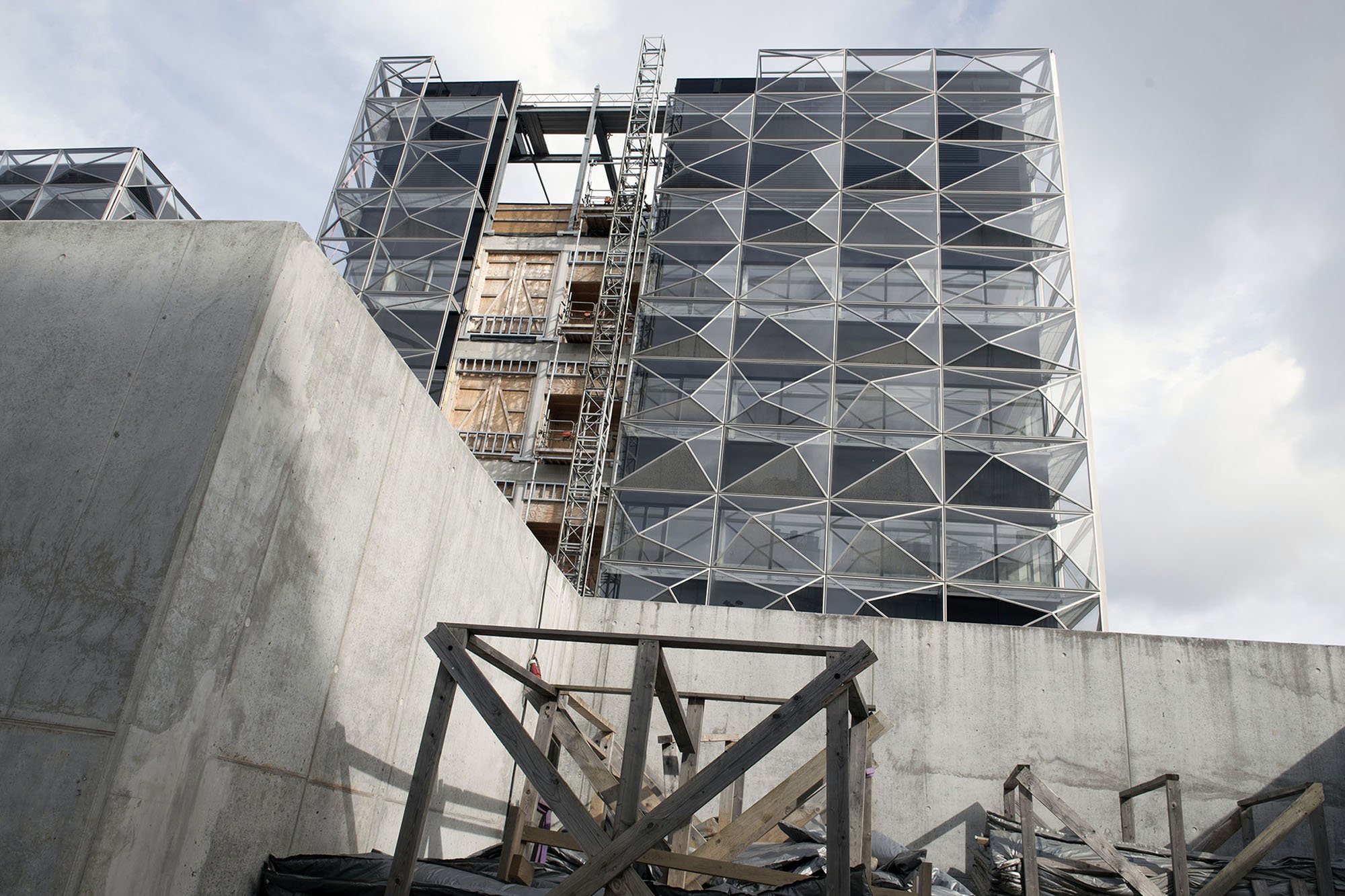 Buildings — The government hopes to have part of its expected extra costs for the Niels Bohr Building recovered from the Spanish contractor Inabensa. The preliminary claim is for a half billion Danish kroner plus VAT. It is still uncertain how much UCPH will have to pay.

The  Danish Building and Property Agency has filed a case in the court of arbitration against the Spanish contractor Inabensa which, until it was sacked from the project in February 2017, was responsible for the heating and plumbing on the Niels Bohr Building at the University of Copenhagen (UCPH).

The construction should have been completed by the end of 2016-17, but has been delayed until an unspecified date in 2019, and it is expected to cost DKK 3 billion instead of the budgeted DKK 1.6bn.

According to the Danish Building and Property Agency, Inabensa is, by building incorrectly and inadequately, responsible for a significant part of the expected extra bill on the Niels Bohr Building.

The University Post’s own sources from the construction site have also pointed to Inabensa and their Danish co-operation partners as the main cause of the problems and the mistakes that have plagued the construction.

Inabensa, however, has repeatedly argued that the problems were due to poorly worked out government procurement documents.

This is the disagreement that is now going through the arbitration system.

According to project manager Jørn-Orla Bornhardt, it is uncertain when and how long the case is expected to last. He says that the Danish Building and Construction Arbitration Board has not yet announced it.

Nor is the DKK 500 million plus VAT claim on Inabensa final, and it can be raised or downgraded as the government gets an overview of how expensive the construction will end up amounting to.

“We do not expect the amount to be downgraded,” says Jørn-Orla Bornhardt.

He says that part of the claim is due to other construction contractors being delayed due to Inabensa’s mistakes.

“Claims are forthcoming against the , and so we reserve the right to get this covered at Inabensa,” says the project manager.

The Danish Building and Property Agency announced in November 2017 that, if it was up to them, the University of Copenhagen should pay DKK 450 million of the expected additional cost. According to the news site Politiken, this corresponds to an extra DKK 32 million annually in extra rental costs.

Unclear whether UCPH is to pay extra bill

UCPH has refused to pay for the extra costs on the Niels Bohr Building. And the case has therefore again raised the controversy over the government rental scheme, which has faults and delays in state construction projects being paid for by the tenants, like universities, rather than the owners, the Building and Property Agency. In a financial sense, it is free for the Danish Building and Property Agency to exceed its budgets, and this is also what has happened in recent years.

Shortly before Christmas, Minister for Higher Education and Research Søren Pind (V) was in consultation in parliament to answer questions about the delayed construction, and about who would bear the extra costs. Søren Pind gave no promises that the University of Copenhagen would avoid an extra bill but said: “It is a concern for me, that this case should have as few negative consequences for the university as possible. The thing we most want to avoid is an increase in rent for UCPH.”