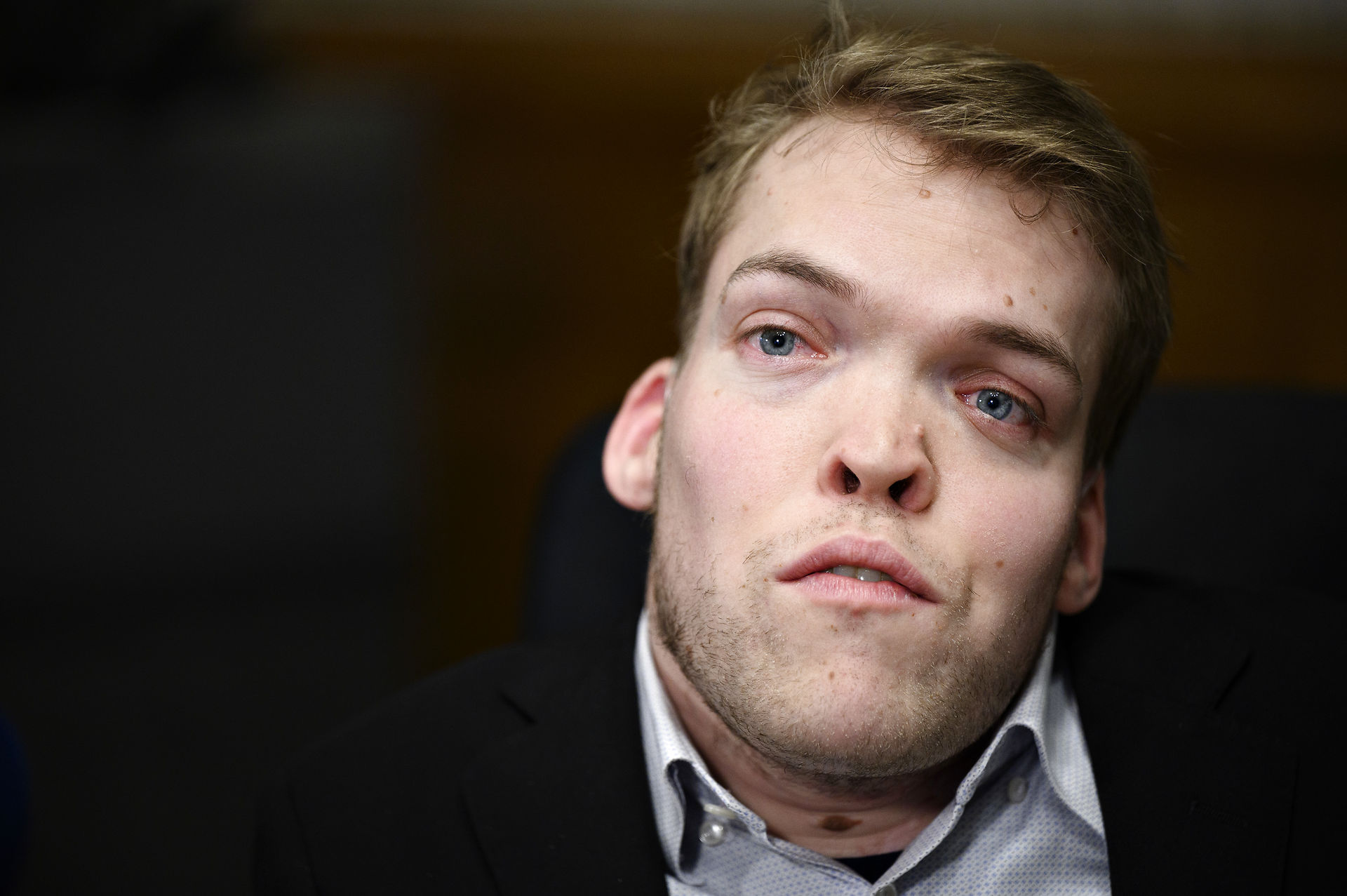 Danish politician Kristian Hegaard: »Ellebæk is a place that has been criticised by the Council of Europe's torture committee for its prison-like conditions. It is very sad to see her ending up there, even after she herself asked the police for help«.
image: Philip Davali/Ritzau Scanpix

Disproportionate response to throw a Chinese student into prison and deportation centre, and then repatriate her, just because she did not have time to renew her residence permit, according to a legal spokesman.

At the beginning of February, Chinese student at the University of Copenhagen Bingzhi Zhu was put on a plane to China.

Prior to her repatriation, she had spent several weeks in prison, at a psychiatric hospital, and at the deportation centre Ellebæk. All because she failed to complete her application prolonging her residence permit before the new year.

Danish MP Kristian Hegaard, legal spokesman for the Social Liberal Party questioned on 10 February the Minister for Immigration and integration Mattias Tesfaye in the parliamentary chamber.

»It makes a big impression on me to hear about a young, blameless and innocent student being sent to Ellebæk out of the blue,« says Kristian Hegaard.

She started on her application and paid the fees only a few days before the expiry of her residence permit. But the university also has to complete part of the application for a residence permit for foreign students, and this part was not completed before Bingzhi Zhu was no longer legally in Denmark.

It is still completely out of proportion to send Bingzhi Zhu to prison and then the deportation centre Ellebæk, according to Kristian Hegaard.

»Ellebæk is a place that has been criticised by the Council of Europe’s torture committee for its prison-like conditions. It is very sad to see her ending up there, especially after she herself asked the police to help her,« he says.

Bingzhi Zhu’s phone log proves that she had a nine-minute conversation with the police on 30 December, two days before her residence permit expired.

Kristian Hegaard says that authorities could have simply confiscated Bingzhi Zhu’s passport while they made arrangements for her return. The legal spokesman says that he regrets that the system is not more flexible, and that it is not more easily understood by exchange students.

We are supposed to be a country of education, but this requires a system that can deal with the emergence of challenges for international students.

»It is just really good for our educational system to have incoming international students. They contribute to our study programme culture and our educational environment in general, and there should therefore be more flexibility in the system. Especially during times of corona virus. We are supposed to be a country of education, but this requires a system that can deal with the emergence of challenges for international students.«

»International students should not have to end up in Ellebæk, and certainly not for missing one deadline. It seems completely insane,« he says.

It would be insane in any case, according to Gudbergsen. But the case only gets worse from the fact that Bingzhi Zhu was delayed in her studies as a result of the corona crisis. First she interrupted her field work in Colombia, then she developed a depression that, according to her, was the reason why she didn’t get her application started on time.

International students should not have to end up in Ellebæk, and certainly not for missing one deadline. It seems completely insane.

Mike Gudbergsen calls on politicians to temporarily halt the system and stop expelling international students until they can clarify whether they have been delayed as a result of the corona crisis, or for other reasons.

»We do not understand why they are so inflexible in a case where an international student has postponed her studies because of corona and has been hit by a depression,« says Mike Gudbergsen.

»It’s about people, and the system is too rigid if we cannot acknowledge that this is a very different situation that we are facing right now.«

He says that the case of Bingzhi Zhu shows how politicians generally overlook the value of international students.

»We have a system that does not show inclusiveness in terms of the situation in which they are in. Both in the extraordinary situation that we face right now and in general,« says Mike Gudbergsen.

It has not been possible to get an interview with the Minister for Immigration and Integration Mattias Tesfaye (Social Democrat). In parliament the minister replied, however, to questions from Kristian Hegaard about the case.

Tesfaye said that he could not give a more detailed account of Bingzhi Zhu’s case in parliament, but that he has asked officials in the Ministry of Immigration and Integration to investigate »what actually took place in this case«.

»I can say that my general attitude is that you have to leave this country if it is illegal for you to be here. This is clear,« the minister said.

Mattias Tesfaye added that he is »quite satisfied with« the fact that authorities can detain people in the Ellebæk centre, so they do not, for example, try to evade detection.

If it is possible for authorities to carry out less of an intervention, they should, of course, do so.

He also mentioned, however, that the Danish law on foreign nationals contains »the healthy principle« that the intervention needs to be commensurate with the aim that is pursued – in this case repatriation.

»If it is possible for authorities to carry out less of an intervention, they should, of course, do so,« he said.

The minister ruled out that he himself would intervene in the Bingzhi Zhu case, but said that individual cases could lead to a wider discussion of the legislation.

Kristian Hegaard asked the minister whether he agreed that young students whose residence permit has expired should not be sent to the Ellebæk deportation centre.

»I do not think you can generally say that Ellebæk is not for students,« replied the minister.

»I would reiterate what is stated in the law on foreign nationals, which is that you should not intervene more severely than what is required. But there is often a need to detain people. The courts also confirm this: That it is both reasonable and proportional when authorities need to detain people. You cannot do it for an eternity. And the more time passes, the more authorities have to argue that it is reasonable and proportional.«

»But I am certainly not aware that in this specific case or in other cases, that it turned out that they administered the cases beyond the law,« Mattias Tesfaye said.

Rosa Lund, MP and legal spokesman for the Red/Green Alliance, also had questions in the Danish Parliament about the Bingzhi Zhu case.