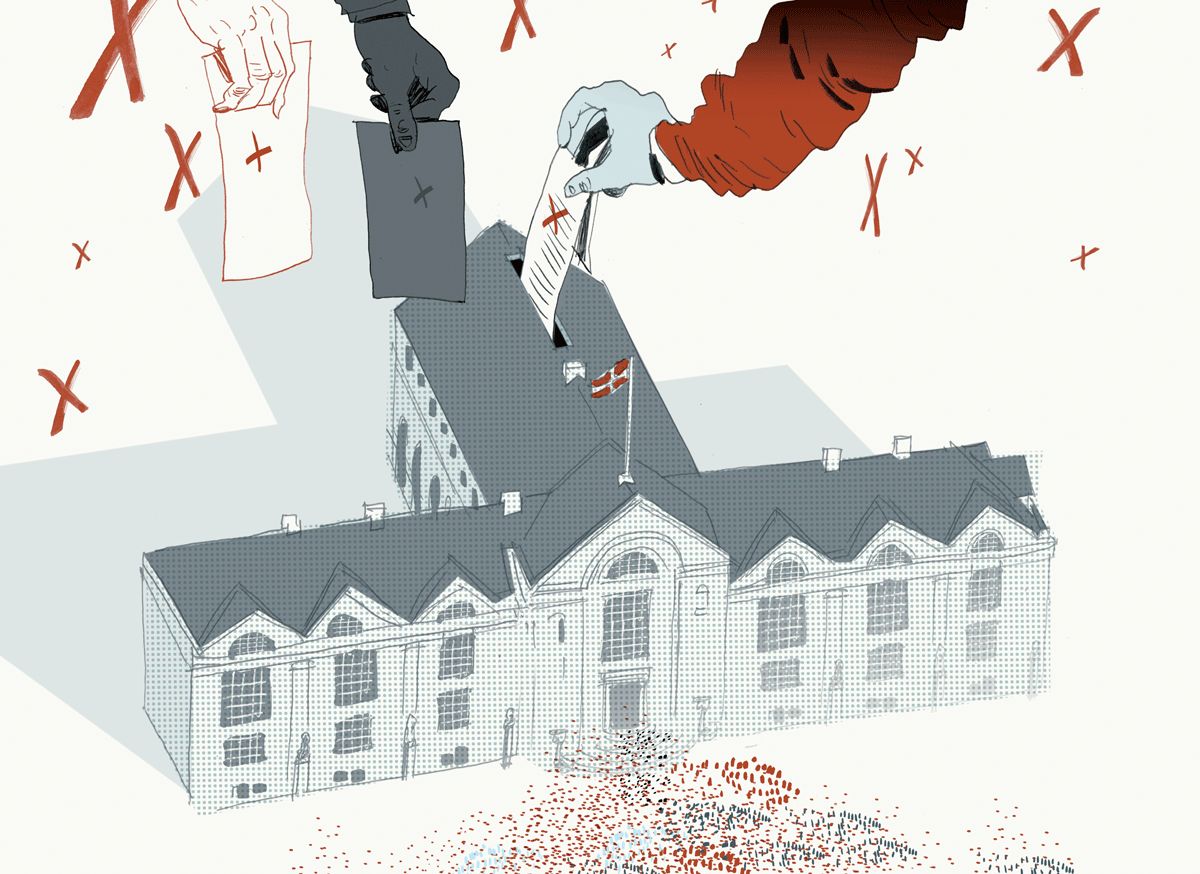 University elections — The University of Copenhagen has announced its annual elections! Here is all about the boards and committees of UCPH that staff and students are voting for in this year's election.

This year’s UCPH election has been announced! The vote will take place 20th to 24th November and if you want to stand as a candidate, you need to register by 31st October.

Students are to elect a new representative to the Board of UCPH, and hundreds of emerging student politicians are to be elected to academic councils, department councils and study programme boards.

PhD students are to vote for the PhD committee, and there will be special elections for VIP (scientific staff), TAP (technical-administrative staff), and PhD students in the brand new

The list of candidates will be announced on 7th November and the final election results will be revealed on 29th November.

The most important dates in the election

2nd Oct.: The election is announced

7th Nov.: The names of candidates are published

What can you vote for?

Out of the Board’s 11 members there are two student representatives. At the moment, political science student Alexander Thorvaldsen and German studies student Elias Westergaard represents the student population.

Students on the Board are elected for a two-year period, with one new student representative elected each year.

This year, Alexander Thorvaldsen’s seat is up for election. Elias Westergaard was elected last year and has therefore one further year.

The department council aims to ensure participation and involvement by VIPs (including PhD students), TAPs, and the department’s students.

Study boards – The study boards are at all the departments of the University of Copenhagen and their work includes the preparation of curricula for study programmes, the development of new teaching methods, and decisions on the types of exam students should have. The study boards consist of an equal number of representatives from scientific staff, or VIPs, and students. VIP representatives are chosen for three years, students for one.

If you belong to the new NorS department, there are even more elections to vote in. Here academic staff will also elect representatives to the academic council and to the PhD committee.

In addition, both VIPs, TAPs and PhD students can vote for representatives of the department council for the Department of Nordic Studies and Linguistics

You can read much more about the various councils and boards here on the University Post here or on KUnet here.

How do you vote?

Candidates will be announced on 7th November, and then it’s time to put on your thinking cap. You have about two weeks to find out who will have your vote. The vote takes place from 20th November to 10:00 until 24th November at 15:00. You vote via KUnet. Under the “self-service” tab, press “select” and then just tick off the boxes. The electronic poll means that you can vote 24 hours a day, both from the Friday bar, from the reading room, or from back home on the sofa while you are waiting for Netflix to upload.

If you are overcome with a sudden urge to engage in student policy then register as a candidate. You can set up your candidacy through the election system’s electronic candidate system, or by filling out a paper form that is delivered or sent to the election secretariat.

Last year, 15.5 percent of students voted for the Board of Directors.

The Election Secretariat is at Frue Plads 4, 1168 Copenhagen K. You can also contact them on KU-valg@adm.ku.dk.