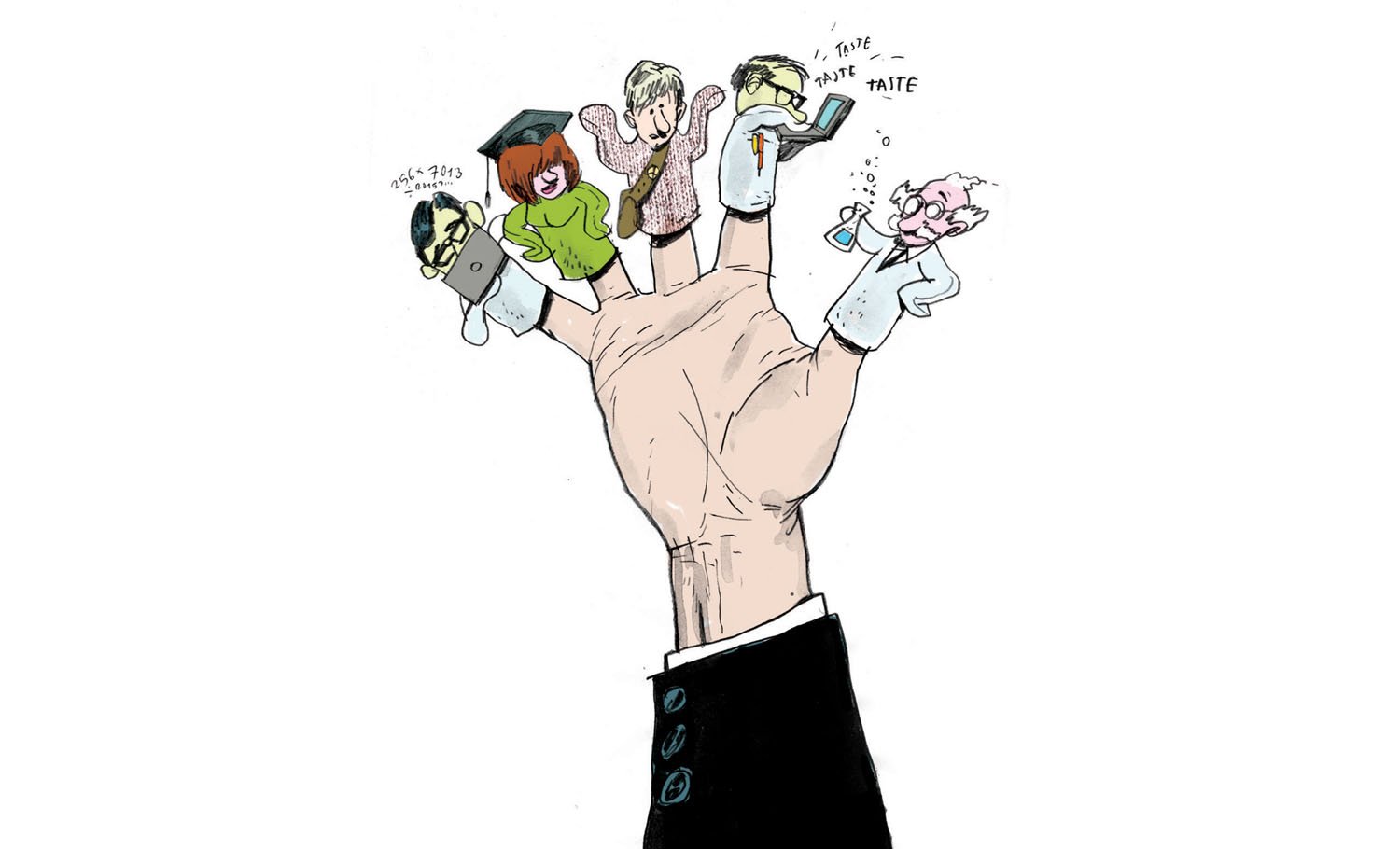 Staff involvement — Things don’t look good for the trust between management and staff at the University of Copenhagen. Yet the Board now moves to close down departmental councils which aimed to ensure employee and student involvement. The Board believes in other methods.

The department councils at the University of Copenhagen (UCPH) will now be put to sleep quietly. This was decided in the university’s supreme body – the Board – at a meeting on 24th October.

The head of department sets up a department council to ensure employee and student involvement in decisions.

The council advises management on the department’s visions, teaching and research strategy and finances.

The department councils were started in 2013 after an international evaluation of the Danish University Act showed that the universities’ managements had not done enough to ensure staff participation.

It was therefore incorporated into the law that it is the university boards’ responsibility to ensure “co-determination and inclusion of employees and students in important decisions.”

The UCPH response was the department councils, where topics like finances, strategy, budget, study environment and future hirings at the department are discussed. The councils have no formal power but are to be informed and heard.

The department councils have not managed to increase the trust between management on the one hand and staff and students on the other, according to the discussion at the board meeting.

In the most recent workplace assessment (APV) among employees at the University of Copenhagen, trust in the Rector’s and Deans’ office’s leadership got one of the lowest assessments (3.2 on a scale of 1 to 5, where 1 is lowest).

The APV also showed that many staff members are not satisfied with management at their department. To the question, “I get sufficiently involved when the department management makes important decisions that affect my work” the average response was 3.1, where 1 means completely disagree and 5 means completely agree.

“It is the core problem of the university when trust between management and staff is so low, but it does not help to set up councils where people sit around talking. Instead, we should have it written into the university’s new strategy that we will try out new forms of cooperation that involve employees. Like using electronic aids, for example,” said Nils Strandberg Pedersen.

He is now an ordinary board member, but was chairman when the department councils were introduced to the University of Copenhagen.

Both the current chairman Mads Krogsgaard Thomsen and Rector Henrik Wegener agreed that confidence between staff and management needs to be restored.

“We cannot live with this being bad,” said Mads Krogsgaard Thomsen.

“The individual employee must be able to make his opinion known, and be heard and understood. I am committed to strengthening dialogue,” said the rector.

Councils do not bring in enough value

The department councils have only partially served their purpose, according to an evaluation report commissioned by the Board.

This does not solve the problem of setting up discussion fora with no real influence, but we need a system where we ensure that all ideas percolate upwards in the organization

“In general, management and VIP (Research staff) consider that the department councils do not bring in crucial value to the department, and that efforts to make the committees work don’t pay off. There is a high degree of overlap with other councils and committees, a lack of commitment, and recruitment problems in both VIP and student roles,” the report says.

“The department councils have not been the guarantors of involvement and dialogue. This has been more a question of the individual head of department’s capabilities, and whether we have the right people in the right places. Instead, we will require the heads of department to ensure more involvement,” said Rector.

Specifically, Henrik C. Wegener proposes tightening instructions to department heads so that none of them can be in doubt that it is their duty to involve employees and students.

Eske Willerslev, a board member elected by scientific staff (VIP), agreed that it is mostly the local manager that determines how things work, but that the department head’s relationship with the dean also plays a role.

“We do not have to go back to the old regime when professors ran the universities, but the system has become too dictatorial. If you have a good dictator, things work well, but there are also some who are terrible. This does not solve the problem of setting up discussion fora with no real influence, but we need a system where we ensure that all ideas percolate upwards in the organization,” said Eske Willerslev, adding:

“All power really lies with the dean, so it is limited what a department head can do for staff.”

Students to be heard in study boards

The two student-elected board members had expressed their skepticism about the prospect of losing department councils prior to the meeting.

Political science student Alexander Thorvaldsen said that nice words are not enough, and they needed to be assured that students had the right to be heard in other fora if they were to accept a termination of the councils.

When the departmental councils disappear the discussions about budgets, finances and visions for the department will no longer have a home

Elias Westergaard, student representative on the Board of Directors

It needs to be made clear how students are involved, said Thorvaldsen.

“When the departmental councils disappear, the discussions about budgets, finances and visions for the department will no longer have a home. This is the only place where our students sit together with the head of department,” said economics student Elias Westergaard.

Rector Henrik Wegener promised the students that in the new implementation model, they will ensure that students have the opportunity to be heard in subjects relevant to, for example, the study environment and education via the study boards. In the articles of association it will state, that the head of department is required to involve students.